Kids with a Movie Camera 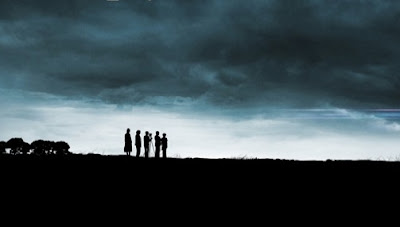 When I was about 13, I fell in love with the movies of Steven Spielberg. It was about that time that I watched Jaws for the first time and Close Encounters of the Third Kind and Raiders of the Lost Ark. Those movies evoke in the viewer the joy of making movies. They play with light and shadows and create suspense and wonder. J.J. Abrams was probably a kid just like me, and like so many others, who found and were inspired by the magic of the earliest works of Spielberg.

In his third major film as a director, Super 8, J.J. Abrams (TV's "Lost", Mission Impossible III, Star Trek) brings us into a town and a time when kids still ride their bikes across town and get into trouble and make movies for fun instead of sitting there, stuck in front of a mindless TV show or video game. They are the kids who will one day be a Steven Spielberg or a J.J. Abrams. This movie, just as the trailer suggested, oozes early Spielberg. You can see it in the streaks of blue across the screen from the small town street lights, you can hear it in the realistic way the young characters (all around 12/13) talk to each other,  and you can feel it in the way the suspense builds to the finale, when we finally get a look at this other-worldly creature.

Let me go back a bit: Super 8 is centered around a kid named Joe Lamb (brilliant young actor Joel Courtney) and his father Deputy Jackson Lamb (Kyle Chandler of TV's "Friday Night Lights"). Joe's mother has recently died in a tragic accident at the local steel mill leaving the two guys in a difficult situation. At the beginning of the film, Joe and his buddies, recently out of school for the summer, are making a zombie movie on an old Super 8 MM movie camera. Joe's best friend Charles (Riley Griffiths) has recruited Alice (Elle Fanning), the object of their desire, to be the female lead in their movie. Late one night, while filming a scene outside a train station, they witness a horrible train wreck and then very strange things begin happening around town. Joe must come to terms with his mother's death, his strained relationship with his workaholic dad, his first big crush, the strange goings-on, and the secrets he and his friends must keep. Young Joel Courtney does an incredible job with a huge range of emotions throughout the film.

Super 8 is carried by a very young cast and very well, I might add. Joel Courtney and Elle Fanning are great young actors. I actually think Elle may surpass Dakota in acting chops. All of the young supporting characters are great as well. The young human characters are so good, in fact, that it's almost disappointing when the movie turns into a full-fledged science fiction story. The special effects are as good as they get and work well with the plot, but I, as my friend Joshua and I discussed, would've been just as happy with a story about these young characters making a zombie movie in late 1970s middle-America. My only other real criticism is that the adult characters are just not given much to do. Kyle Chandler is a fine actor, and I really would've liked more of the relationship with his son and the story behind the struggle between he and Alice's father, Louis (Ron Eldard). No matter though. Super 8 is a very entertaining movie that is paced perfectly and is filled with bits of humor and wonder and light. Just as it should be. I'm sure Mr. Spielberg, as the film's producer, was proud.