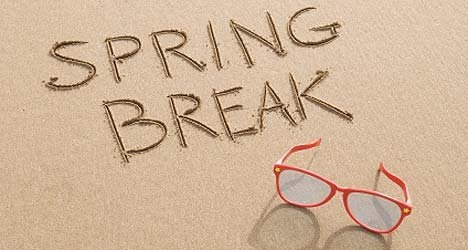 What follows is an assignment I gave to my 1st and 6th period students (8th and 7th grades, respectively).
Prompt: Write a piece of personal expression (ie. journal, diary, blog) that follows an interesting narrative format and is imaginative* in any way you see fit (not totally fictionalized but not boring). I give you carte blanche. Do whatever you want. You are done when you feel done. You have 15 minutes of class time and tonight to finish. It MUST BE an account of what happened over your Spring Break. That's it.
*Words in bold type are taken from the actual Tennessee State Standards - Check for Understanding 3.1.
Here is mine: (Yes, I write when my students write. It's only fair.)
Monday 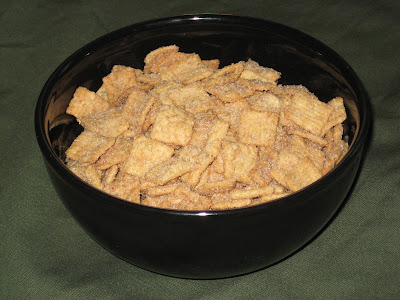 Cinnamon Toast Crunch! So good! It's been years. I drove Ms. Rhea downtown to a doctor's appointment. It took forever. Not the doctor. The waiting room. Isn't it funny how the waiting room takes longer than the doctor? It's like you're paying a doctor to see a room with bad magazines and a TV in the corner of the ceiling playing bad TV filled with people who may or may not get you sick.
Tuesday 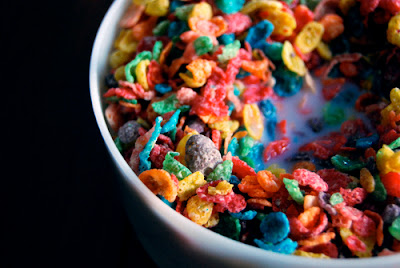 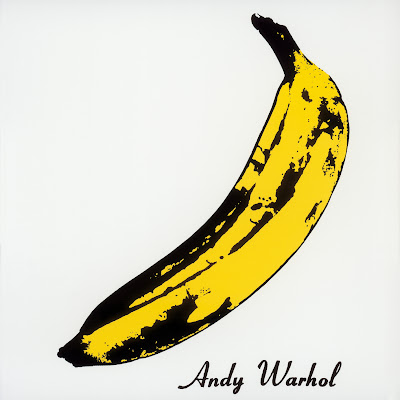 Banana! Meh! Ms. Rhea went to help her sis figure out some college stuff. She wants to be a social worker. I went to workout with Ryan at The Rush. A tough hour. After my workout, I couldn't seem to stay away from Wal-Mart...at least for the next few hours. I went twice intending on buying Scot's LawnSoil and recycled golf balls. Trip 1: Thought I had plenty enough bags of soil. Wrong! Only had a bit more than half's worth. Trip 2: 3 or 4 bags? 4? No, 3. No, 4. I'll go with 4. Man, I'm spending too much money...4! Have some for filling in patches later. DANG! I forgot golf balls. Re-lived my first date with Ms. Rhea. The movies at Regal Riviera! Popcorn! Should have added butter. This time we saw The Hunger Games. Intense! Different? Good. It led to great conversation on the ride to Applebee's afterwards. "The book did the whole moral issues/government control stuff better.""Yeah. You really got Katniss' thoughts more." "It kind of brought that in throughout the movie in different ways." "Solid move!" "I love Jennifer Lawrence!" "I really don't like how they didn't play up the whole food thing like in the book." "Yeah." Maple Butter Blondie! Wow!
Thursday 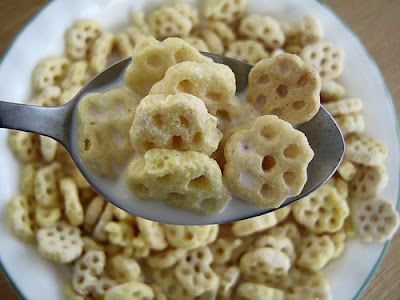 Honey Comb! Texturally delightful! Good fuel for a 9:15 round of golf. Dan beat me there. As did C-Tip and Chambers. Tracey got there right after me. Chandler couldn't make it. We all met up at the range to hit a pre-round bucket while making fun of Kristen Stewart's lack of acting talent but evident attractiveness in the trailer for the upcoming movie adaptation of Jack Kerouac's On The Road. Yes. A sign of things to come. The golf round was sub-par, and I finally watched (with full attention) both Twilight and New Moon. Ms. Rhea has been begging me forever. They really aren't that bad. Baseball practice was pretty cool. I got to fill in at first (my favorite position) as the boys rotated at the plate.
Friday 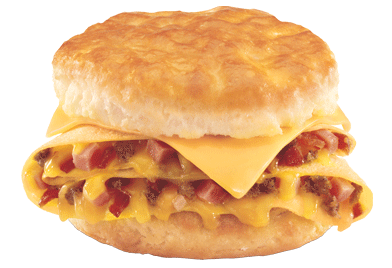 Hardee's Loaded Omelet Biscuit! Now that's what I'm talking about! Definitely not healthy though. Eating a biscuit on a road trip (no matter how long) is always a necessity. The road to North Carolina was pretty smooth. I-40 always puts the pressure on you through the mountains, but they are so beautiful. And it's cool to get to see the are where they filmed The Hunger Games. I love that that book is set in my backyard. It was exciting and good to see my Dad. I don't get to see him but a few times a year. He's doing pretty well considering the scare we had last Fall. Yesterday was his 57th birthday. I was happy to give him his presents (a Clinton Hawks official baseball cap and a souvenir standing standings board with rearrangeable MLB helmets on it, so he can keep up with the season). Less than a week till Opening Day! Had two roast beef and turkey sandwiches, bread and butter pickles, potato salad, Coca-Cola on ice. Delicious! It's funny how both sides of my family insist on having conversations in which we all talk at the same time. We repeat ourselves often, but I wouldn't have it any other way. It rained all through the mountains on the way back. Even slower than the way over. Came home and decided not to cook. Egg drop soup, Hunan-style beef, cashew chicken, rice, fried cream cheese wontons, iced tea with lemon! Very nice! 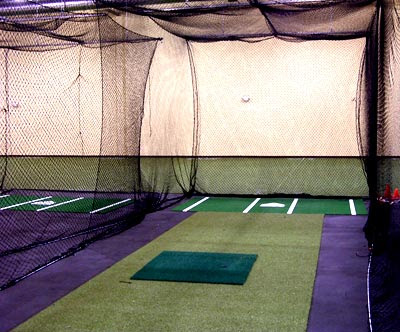 I went to Dollywood all Spring Break.
I didn't swim or go to Norris Lake.
I went a total of 5 days.
Of those 5 days I never bathed.
Tuesday I saw Joseph B. and Ryan.
I coulda went to the zoo and saw a lion
But I didn't because I love Dollywood
Much more than Hollywood.
Over the weekend I stayed in a hotel.
It was very high up unlike a motel.
I shopped at many stores.
I knew the area well, I didn't need tours.
On the way home I saw two dogs.
They were playing in the fog.
Once I got to the house I went to the cages.
I don't play baseball for the wages. 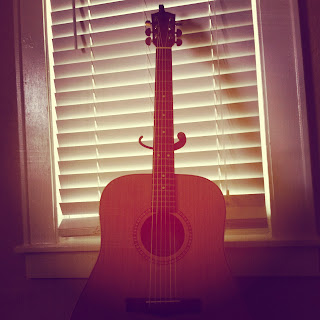 I spent a majority of Spring Break in a sleep-deprived dream land. I was tired but I wouldn't sleep because it's a waste of time, and when I did I was haunted by the characters of the horror movies I'd watched. The Grudge, The House, and the faceless monsters in amnesia all stalked me in my sleep. It was a good break but boring and generally uneventful. Other than sleep I didn't do much other than write and play music on my piano and guitar, and write crappy poetry. Sunday evening I went to the lake and walked a few miles, just listening to nothing and taking pictures of the scenery. It was a pretty, peaceful, and quiet week; one of my favorite kinds. 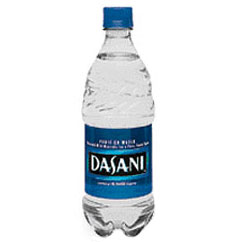 This year's Spring Break was little rainy and cool. I spent it hanging out with my friends...

Saturday - My friends and I go see the Hunger Games. My Mom just drops us off and leaves us. I would have been nervous, but my friends were there. First thing we saw was bright lights coming from the arcade. We felt like little kids running around the arcade. I checked the time and we had ten minutes till the movie started. We head to the snack bar and get 1 pack of twizzlers, 1 pack of sour patch kids, 1 pack of skittles, 1 large popcorn, and four drinks. Me, Cole, and Tyler got large drinks. Brady with a smirk on his face orders a "Liter of Water." He didn't realize they had a big bottle of water, and it was eight dollars. After we finished ordering I spent 30 dollars just on snacks. We dash to the ticket man so he can take our tickets and we can see the movie. We go in the Theater and find a seat. Halfway through the movie Brady gets up to go to the restroom. He comes back and goes in the row behind us. The theater was dead silent, and a loud voice goes, "Hey Cole, I'm in the wrong row!" We made some people mad that day.

from A Week in the Life
by Logan A. 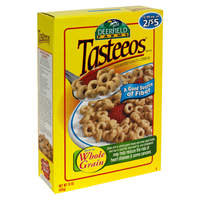 
Ugh. Monday. At least I was on break, although that did not make up for the emptiness of the fridge. I was able to salvage some ValuBrand Cheerios for breakfast. But as we all know, knock-off cereals lack one crucial ingredient: sugar. Plus, Mom used the last of what we had to make tea that she didn't even drink, so I had to eat my "Tasteeos" without sugar. "But all is not lost, fair hero!" I told myself. "A marvelous day of monster-raising and zombie-slaying fun awaits at Sir Austin's abode!" I bellowed in my fanciest voice. So I called him. His grandma picked up. "He's at his mom's house, dear. He will be late tonight. Sorry, Logan. Maybe later." I hung up reluctantly. Ugh. Monday.

from Unfortunately
by Reece S. 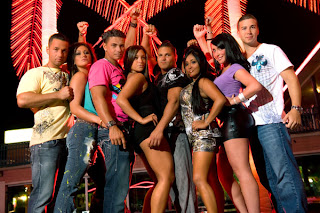 Unfortunately, my Spring Break didn't turn out exactly the way I thought it would. Besides going to Austin's house, I had a pretty dramatic week. On Monday, I stayed at home most of the day. At about 5:00, I realized an important fact. IT'S SPRING BREAK! I shouldn't be sitting at home playing video games and watching Jersey Shore. I should be at Austin's house, chilling. After a series of phone calls and text messages, I went' to Austin's house. In a surprising turn of events, Austin decided to take us to his Mamaw's. I was ultimately terrified because of my childhood phobia of old persons. Through all the phobia and Call of Duty, Monday went well.

from Spring Break
by Shane H. 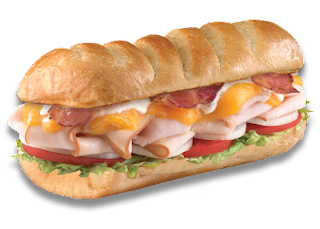 Wednesday - Got up at 10:00 and went upstairs to eat. Since my mom went to get food I had Eggs, Bacon, and Toast...My mom made it. (HA! I can't make food!) Then we had to go run to like seven different places. First, we left Faragut and headed to Clinton to go look at our soon to be house. Then, we went to some outdoors/plant store. Then we went to eat at Firehouse Subs. I had a Turkey Bacon & Ranch sub. It was good. Then we went to lowes...for like TWO hours! Ridiculous. After that, we headed back home to get ready for my Aunt's peer class graduation... I only went because we were supposed to be going out to eat afterwards... but we didn't. So we went home and I had the rest of my Turkey Bacon Ranch sub.