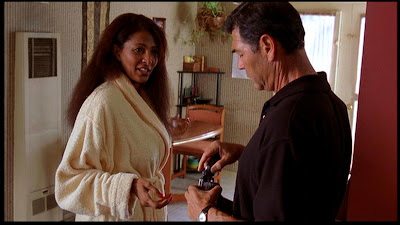 I made a statement a couple months ago that I would be writing everyday come Summer. Well, my Summer started almost a month ago, and I have yet to write a word. But, really, I meant actual Summer, which only started seven days ago, so I'm good. Just a small lie. And now we play catch-up.

Here are 25 pieces of media (mostly movies, some songs, some TV shows) that have meant something to me over the past several months:

A surprisingly funny movie that was actually made a couple years ago but just released to little avail last year. It's actually pretty sweet and quite inventive for a movie that's already been made countless times. The late 80s setting and music are perfect. 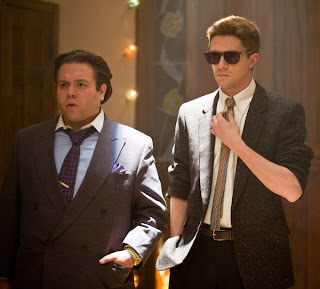 24. I Melt With You (Directed by Mark Pellington; Starring Thomas Jane, Rob Lowe, and Jeremy Piven)

What an incredibly dark, drug-fueled roller coaster this movie is. I was terribly impressed by some fine acting from some great actors, but I'm not sure I could make it through this one again and remain a positive person. It without a doubt had a profound effect on me as I told everyone I knew about it for a week after watching. The soundtrack kicks ass! With everything from Pixies to Grandmaster Flash.

So, really, they aren't as bad as someone like me (a grown man) would think. Well, New Moon, is often pretty bad, but I get it. The relationships sometimes seem fake to me. I never really feel Kristen Stewart's emotions. And I have to say that if I was the Dad character, I whip her little ass and tell her to get over it and go to school. Still, they are both fairly entertaining, and I'm glad I was finally able to return the favor to Amanda, who sits through my crap all the time. I love you, baby!

I won't spoil anything of this story like the movie does right off the bat. I'll just say that it takes place in sort of an alternate universe that looks much like ours and employs some very subtle science fiction in what is really a story about coming-of-age and human nature. Read Kazuo Ishiguro's Time Top 100 novel before seeing the movie.

Ed Helms is great here and only slightly topped by a John C. Reilly A-Game. This is a really off-beat and funny indie-ish comedy. I was still smiling when the credits rolled.

Always good for a random mid-lazy-day repeat viewing. I mean Ben Stiller's character is a fitness guru named White Goodman. That's worth it if nothing else! 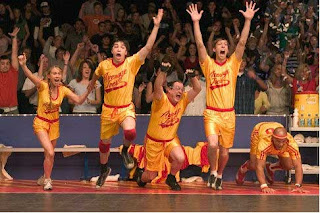 Sarah Palin's true story. It is really actually a sympathetic look at a pathetic politician who succeeded in fooling half the nation with her swagger while disgusting the other half with her craziness. The acting is top-notch. This is definitely worth a watch if for nothing more than to see the inner-workings of a real-life Presidential campaign.

If you want to see what my first year after college graduation looked like, then watch this movie. It is one of the most true and poignant experiences of my movie-going life. Check out the Criterion Collection DVD.

A true and beautifully imagined love story and proper use of Adam Sandler's talents. It is also one of best-paced movies I have ever seen. It is so easy to watch.

Quite simply, this is one of the best commercials I've seen in years. It gives me chills and brings a tear to my eye everytime. When it comes on, I have to shush! the room so as to watch it's minute-and-a-half unimpeded. The use of the score from the movie Rudy only enhances its power. Watch it by clicking here.


What a great use of Julia Louis-Dreyfus's talents. She is hilarious as the fictional Vice President Selina Meyer. It also provides some interesting insight into the inner-workings of Washington, D.C. complete with a foul-mouthed edge. I laugh out loud multiple times per episode. Keep an eye out for Season 2. 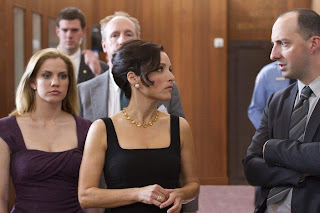 
I finally got Amanda to watch one of my favorite movies. Aaron Sorkin's writing is so great! Since we watched not too long ago, I have finally worked on and mastered the famous "You can't handle the truth!" speech, one of the greatest monologues of Jack Nicholson's career.


I forgot the greatness and power of this little early 90s gem. Leo got his first Oscar nod playing the mentally-retarted brother to Depp's Gilbert. And, man, did he deserve it. It is a fine performance in a movie filled with great supporting work from the likes of John C. Reilly, Crispin Glover, and Mary Steenburgen. Give is re-watch sometime.

The thing that makes this movie so great is the unbelievable chemistry between Pam Grier as Jackie Brown, the stewardess caught up with a gun-runner, and Robert Forster as Max Cherry, the lonely bail-bondsman with a heart of gold. How Tarantino made this match speaks to his incredible talents as a filmmaker. This is my favorite Tarantino movie, and it looks and sounds great on my new Blu-Ray.

The book comes alive! Read it, then see it. Jennifer Lawrence is a sight to behold and force to be reckoned with. 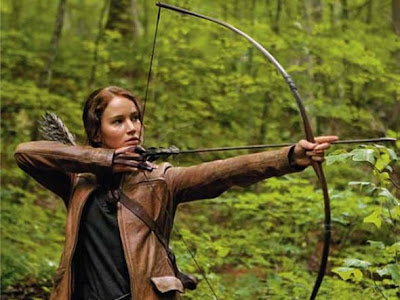