My movie-watching has been diminished. Diminished to a state of random rarity. I have not been to a movie since July. I saw Ted, a surprisingly funny and very dirty comedy by Seth McFarlane (creator of Family Guy). That, of course, was just before school started. People say, "Teachers have it easy." True. We get summer off. In fact, all together, we get four months of the year off, paid. However, when we work we really work. I work far outside of the constraints of an 8-hour work day. I plan and grade on my own time. I use my plan period and morning and afternoon and some class time to perform my duties as Athletic Director (my first year in this job). I will be coaching golf in the spring. Then, I'll have a couple months off. The point: I don't have time to watch movies during the school year. It breaks my heart. Since summer, I have only watched four movies. None of them in theaters. They are: 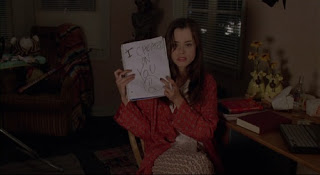 In which a group of recent college grads stay on campus, drink, start short-lived book clubs, date younger girls, don't get jobs or go to grad school, drink, play movie trivia, and pine after the ones that got away. 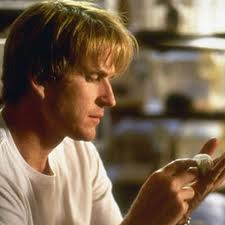 In which a mentally retarded man has a procedure that triples his IQ and learns that it may be best to just be who you are, AND my 8th graders get two class days of movie-watching while Mr. Powers grades papers. *Note Kids this age love the Daniel Keyes novel. We read it every year, and every year at least two girls weep. 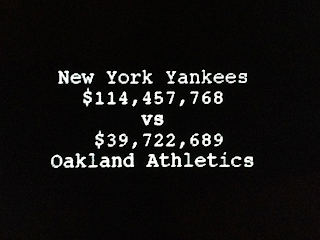 In which Brad Patt and Jonah Hill got Oscar nominations for playing front office baseball men working for the Oakland Athletics in the early 2000s. It is brilliant, especially if you follow Major League Baseball.

In which Salieri (F. Murray Abraham) is both jealous and envious of Mozart (the great, goofy, giggling Tom Hulce) in late 18th Century Vienna, AND in which Amanda fights sleep to get through another of my "list movies." (More to come on that.)


Don't feel bad for me. So I've only watched four movies in the past 10 weeks or so. It's Fall Break now. I've got this week to do something about it. My goal: At least see one new movie this week. Argo? The Master? Looper? Which do I choose?

Email ThisBlogThis!Share to TwitterShare to FacebookShare to Pinterest
Labels: Essays