One
by Kevin Powers

I didn't see many movies this year. Each year, it seems, real life gets in the way of my true passion, my life-hobby. Not that I'm complaining. I've had a busy year. Teaching middle school and directing middle school athletic events. Getting married to my best friend and true movie companion. Dealing, or avoiding dealing, with my broken-down truck.

Since Thanksgiving, I have been on a movie-watching rampage. Devouring as many as possible to make up for lost time as well as getting out to the year-end award season movies, none of which have disappointed, except maybe the Coen Brothers' Inside Llewyn Davis.

For this year's list, I shall start at the top and work my way down. All of these movies contain characters, who like to have a buzz (whether from drugs or booze or sex or power or greed or love). And all of these movies left me with a buzz. That is how I know I've seen a good one, when the feelings I left with won't leave me.

I start at the top (#1) mostly because I saw the best movie of the year just last night. I feel this flick in my gut, in my heart, in every emotional sense that I have. It is a true and beautiful movie, if imperfect. But, well, isn't life? 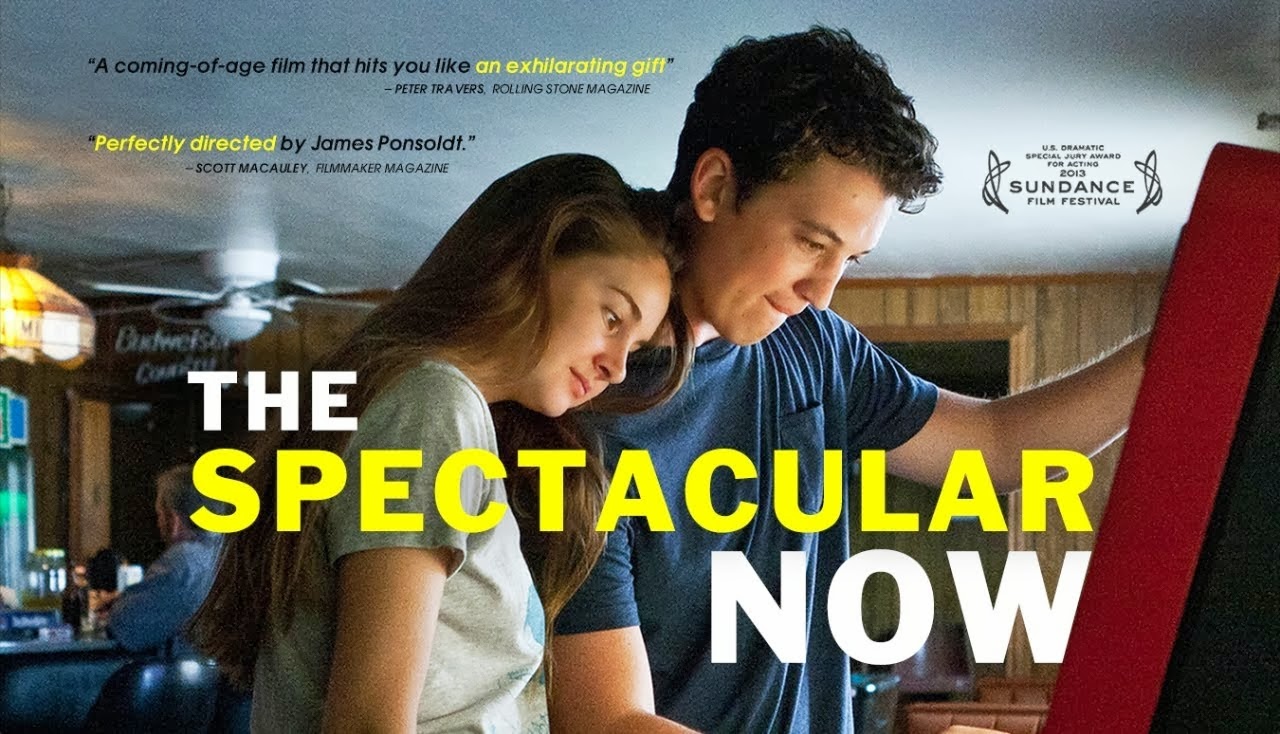 Screenplay by Scott Neustadter and Michael H. Weber, based on the novel by Tim Tharp

Suppose I say summer,
Write the word "hummingbird,"
Put it in an envelope,
take it down the hill
to the box. When you open
my letter you will recall
those days and how much,
just how much, I love you. 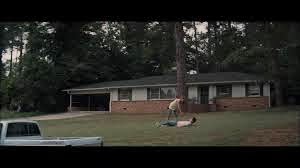 If you know me, I mean really know me, you know that I'm a sucker for young love stories. There is something still, to me, so mystifying about young love. Maybe because I struggled with it myself, or because I longed for it so deeply. It is true and it is real and it is everlasting. The Spectacular Now is one of those love stories. I haven't been so deeply moved by a movie since last year's Beasts of the Southern Wild. And I haven't been moved so deeply by a love story since 2009's 500 Days of Summer (which happens to have been written by the same team that adapted this movie). I will instantly add this movie into the canon with Say Anything, Moonlight Mile, All the Real Girls, 500 Days of Summer, Snow Angels, Terri, and Moonrise Kingdom. All of which highlight that first real love and what it means. 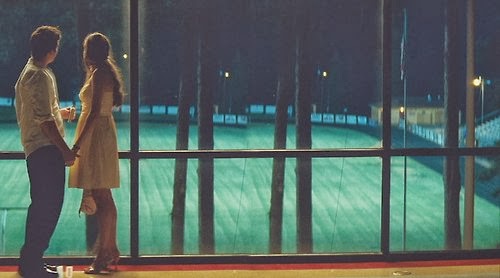 Miles Teller plays Sutter, a recently dumped, hard-drinking high school senior, who ends up passed-out drunk on the lawn of a classmate he never knew named Aimee (the incredibly charming Shailene Woodley). And so begins their relationship. Two kids, with similar backgrounds, who just "really like" each other. He, like most boys his age, wants to live for right now, while the girls, including Aimee, want a future. His drinking and daddy issues have hindered any past relationship for him, while Aimee is experiencing her first. Still, they find perfection in each other. You sense, throughout this movie, that their love might fade. That Sutter will mess it up. That Aimee will be hurt. I credit director James Ponsoldt with evoking this feeling. I wanted it to work. I still do. 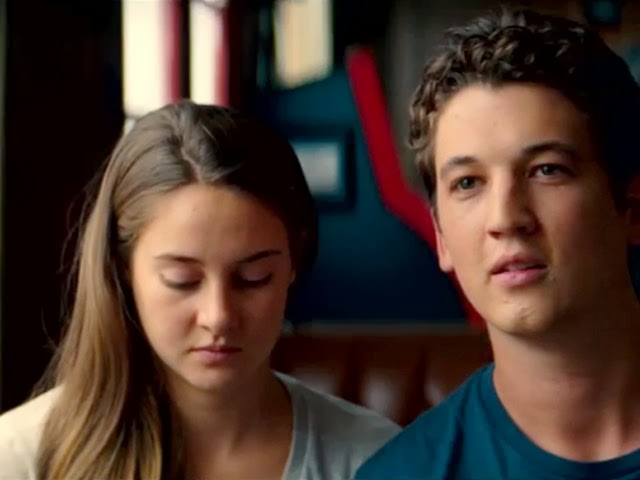 I won't destroy your viewing of this movie with any important plot details. I will say that these actors might as well be you, your best friends, your family. I will also say that there are three scenes in this movie that are acted and directed so perfectly you want to hug anyone near you. All of these scenes feature Miles Teller's ability to display emotion on his face. No words need be spoken. You know, without words, the moment he falls for Aimee. You know, without words, the happiness they feel the first time they make love. You know, without words, the heartbreak this young man has endured with a controlling mother (Jennifer Jason Leigh), without a father (Kyle Chandler, in one show-stealing scene), and without any ability to control his growing drinking problem. 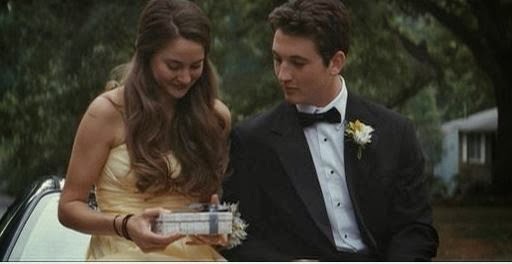 While the ending of this movie is perfectly ambiguous, again without words, I look to the future of Sutter and Aimee. I am reminded of Raymond Chandler's poem "Hummingbird," which tells simply of first love, love that sticks forever. No matter how it ends for these two young lovers. We know that their love was real and true and will be remembered always throughout many springs and summers to come, a remembrance of those long, warm last days of high school, of prom, of driving around, of youth.

Note: This movie is Rated-R. And deserves it (for language and a sex scene). However, I want every single high school student in America to watch this movie, especially the boys. I would also like to direct you to Roger Ebert's brilliant review of the film, which was one of his last. I am so glad Roger got to see this movie. You can read it here.

I want to add that since my initial post on the masterful young adult drama The Spectacular Now, I have continually felt affected. I have also since read the novel of the same name by National Book Award Finalist Tim Tharp (published in 2008). Having read the book and re-watched the movie, I can now add something very important that I was blinded from on first viewing/reacting. That is that this story is utterly and beautifully heartbreaking. It is, now that I see it more clearly, not only just a story of young love but also a story about pain and loss and growing up and painful truths about adulthood and, really, above all...addiction (alcoholism, in this case). This further strengthens my love for this film. It will never leave me. I just know it. This also further strengthens my call for all high school seniors to watch this movie before heading into the great wide open. I am forever grateful for this movie. I wish it had been around earlier in my life.