I struggled to decide on my number two pick for the best five movies of 2013. Then, I realized that the next biggest high I felt upon leaving a theater happened two days before Christmas.

The film in question combines Jennifer Lawrence with Paul McCartney and Wings' "Live and Let Die."

I mean, come on!? I thought something else could go in this spot? For me, you just can't compete with that. 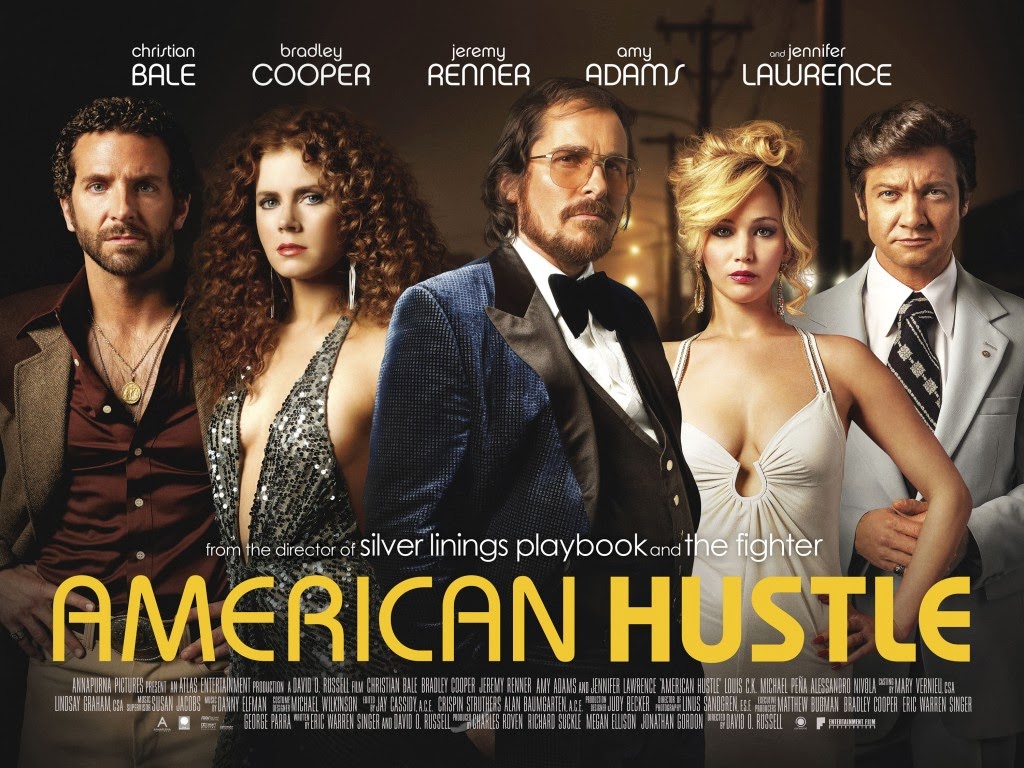 At the SAG Awards the other night, Bradley Cooper, upon accepting the Actor for Cast in a Motion Picture, made very clear the notion that David O. Russell is an "actor's director." And anytime you leave a David O. Russell movie, you know that to be true. The performances in his movies, especially his last three (The Fighter, Silver Linings Playbook, and now American Hustle), are what makes them good. This is what makes his movies so universally likeable. He employs good actors and gets them, by any means necessary, to the tops of their games. 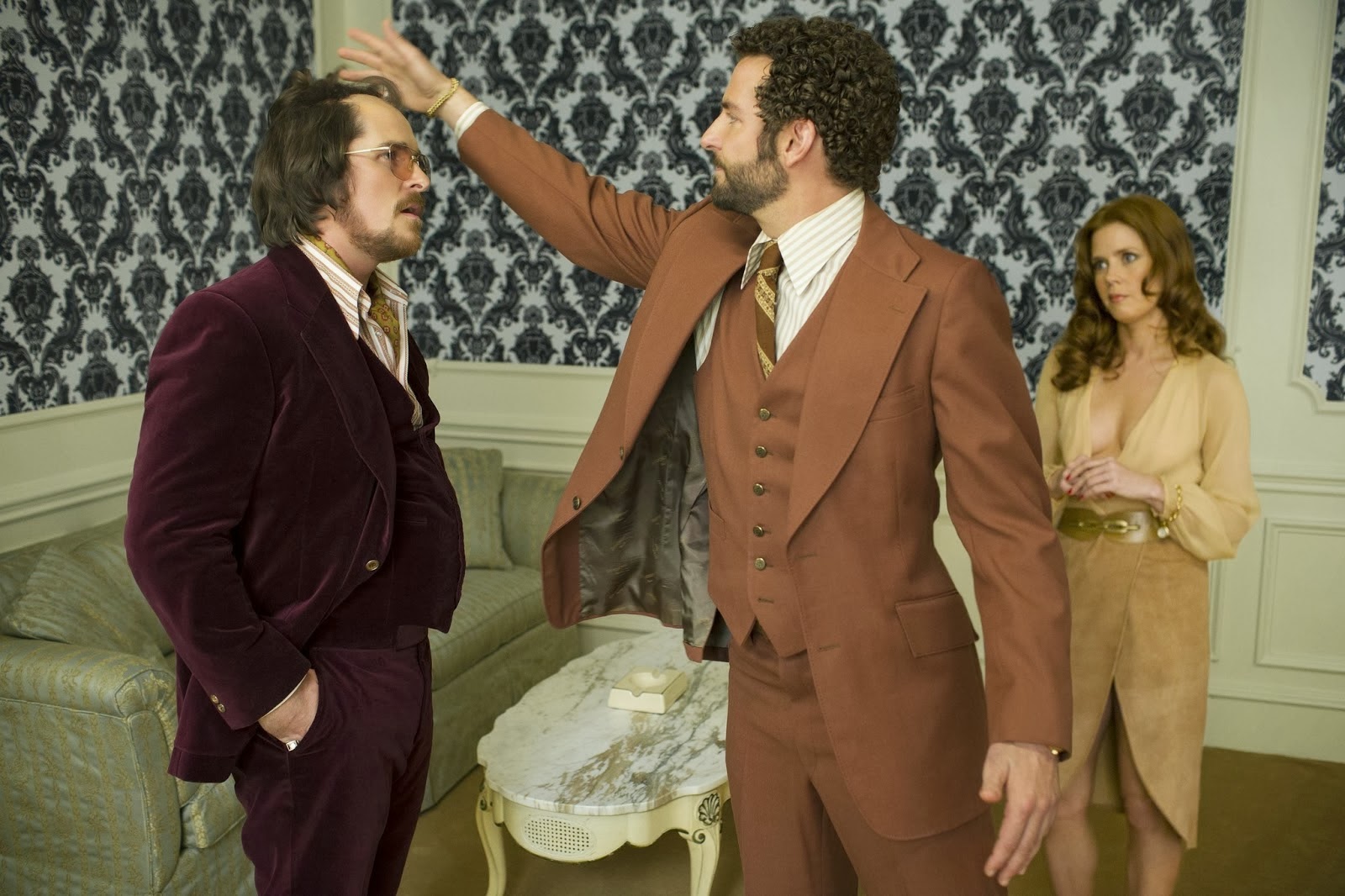 Ah, Jennifer Lawrence. Is there anyone in movies right now so wonderful? I read a silly snippet recently about American Hustle that claimed she would be, and I'm paraphrasing here, interesting reading a newspaper. I agree. She's barely 23 years old and already a Best Actress Oscar winner showing no signs of slowing down. She does not disappoint in this movie, and I believe she may well take home the big prize for Supporting Actress, although 12 Years a Slave's Lupita Nyong'o is picking up some steam and June Squibb (Nebraska) is unreal great. But, I digress. 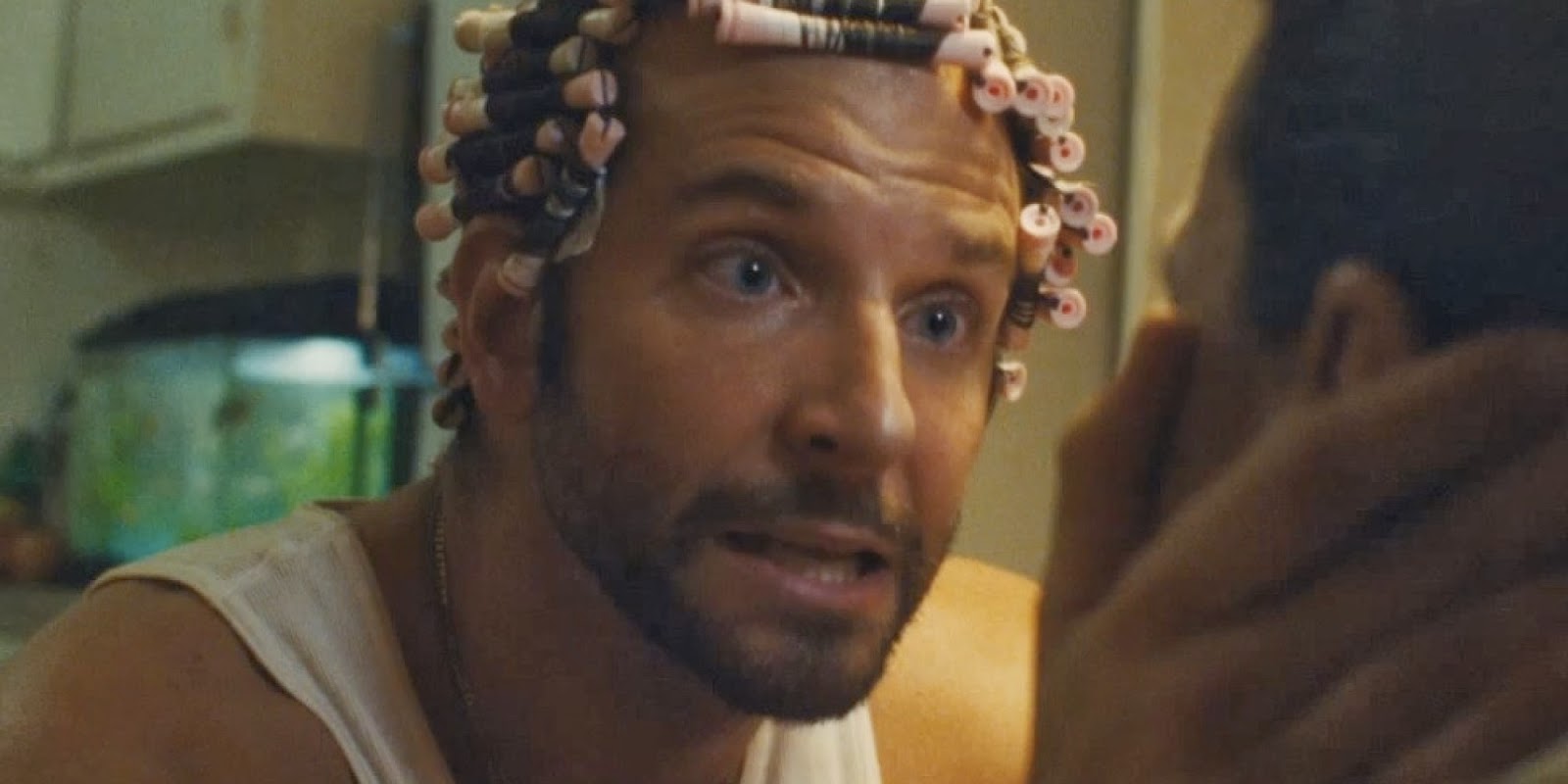 American Hustle is the story of Irving Rosenfeld (Christian Bale), a small-time con-man, who meets his match in Syndey Prosser (Amy Adams) as a lover, fellow Jazz fan, and natural con artist. Meanwhile, his wife Rosalyn (Lawrence) stays at home with their young son and takes bored housewife to places nobody has ever seen. Then there's also the ambitious, rambunctious, perm-wearing FBI agent (Bradley Cooper, in the best work he's ever done) bent on using Rosenfeld and Prosser to take down politicians, including Camden, NJ, Mayor Carmine Polito (Jeremy Renner), as they accept bribes for an operation to rebuild Atlantic City. Of course, this is all based on a true story known as the Abscam scandal. 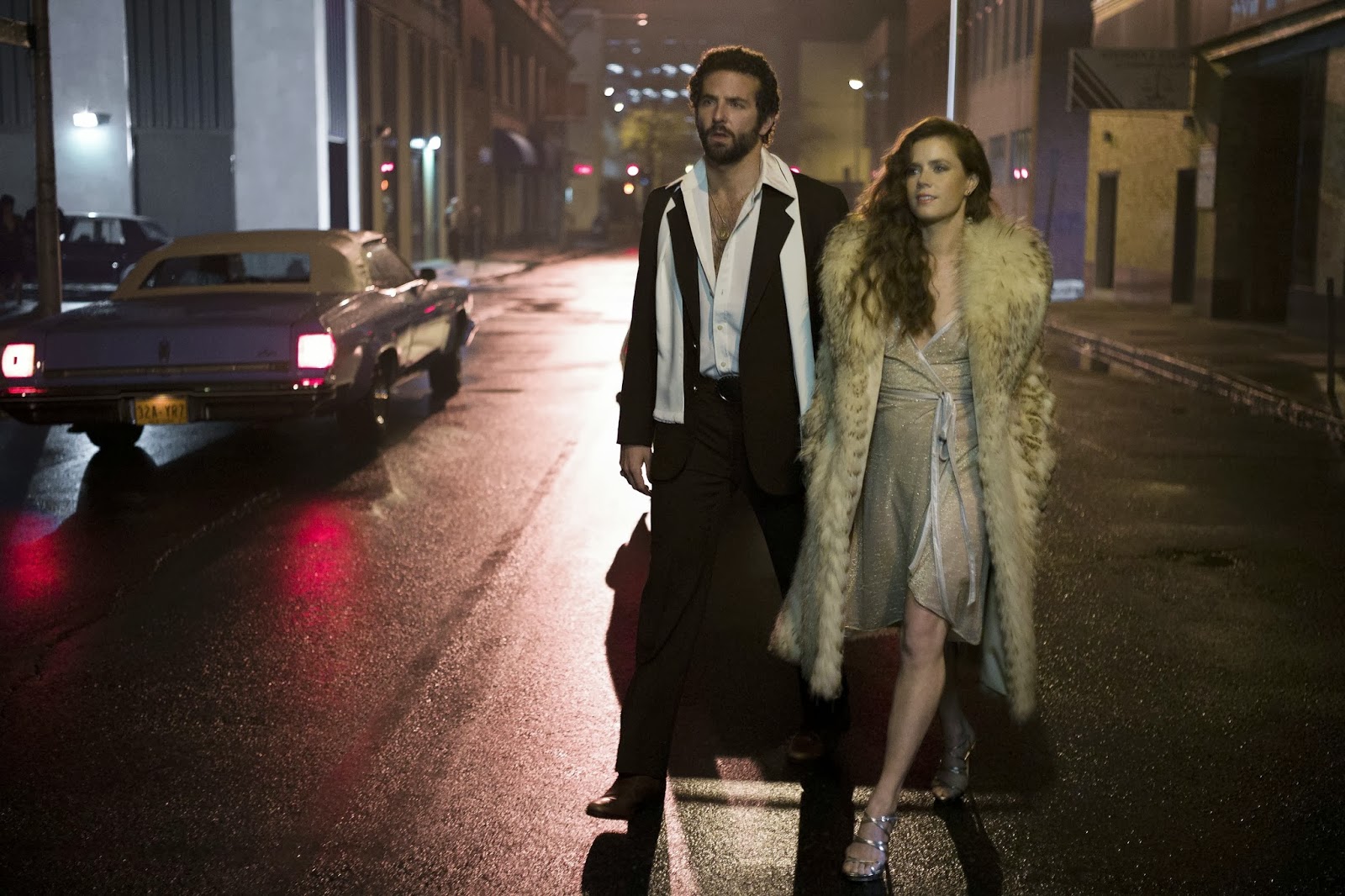 To try and describe this movie would be nothing short of impossible. It's a con game inside of a con game with plot twists you don't see coming. The Scorsese-esque shifting voiceover narration is as good as in any Scorsese movie. The soundtrack has everything from ELO to Wings to Tom Jones and Duke Ellington. The costume design and hairstyles will be remembered for years to come. And now, for the second year in a row, David O. Russell has managed to lead four actors to Oscar nominations in each acting category. They all deserve it. There is a scene towards the third act, with all the actors together, when you see in each one of them the downward spiral that has befallen them all without them all even being aware of it. There are looks on faces, a camera that glides around the dark, smoky ballroom. And you know you are watching one of the best movies of the year. 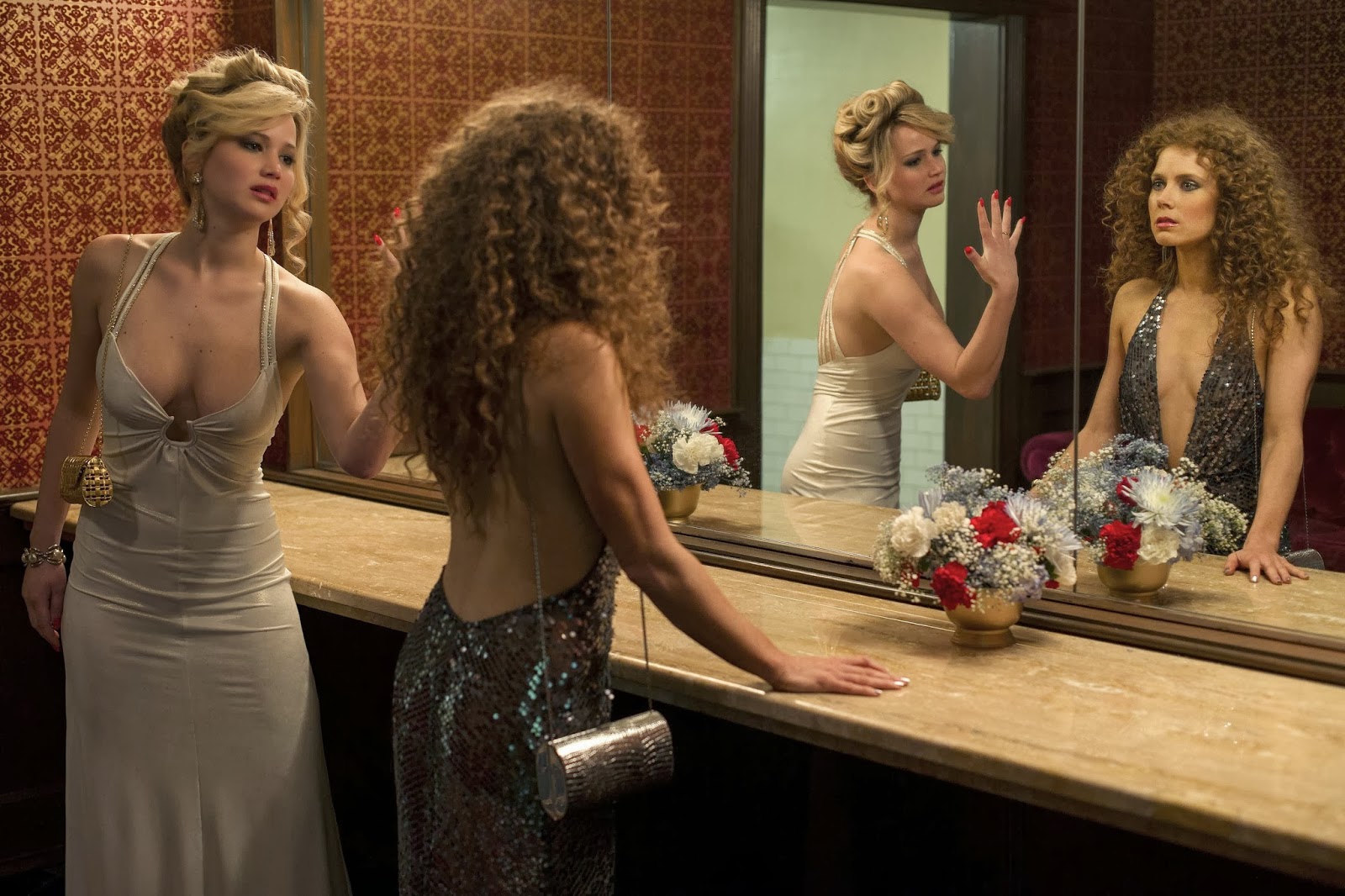 When I left the theater after this movie, there was something that felt like disappointment. Like it wasn't everything I thought it was. But as the night went on and turned to morning, I realized that I missed it. I wanted to be back there in a polyester suit with a can of hair spray and a hunger for success.