Living near Knoxville has its ups and downs. One major up is Regal Entertainment Group's Downtown West...pretty much the only place to see a movie that's on the more artsy side. I've been going there for years, and I love it. Props to the people of Knoxville for keeping this thing alive.

My wife and I went to Downtown West to see my number three favorite of the year.

It opens with the seldom used, but incredible, Bruce Dern, disheveled, bearded, ambling down an Interstate in broad daylight. I chuckled, then laughed, then laughed some more. My wife joined in. We laughed the whole time. It was 10:30 PM EST. We were the only ones there. 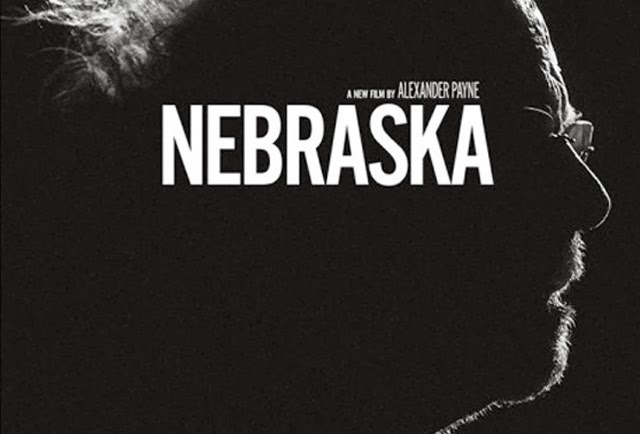 
Alexander Payne has been one of my favorite directors since I realized that, when Sideways (2004) came out, he had directed my favorite movie from my high school days...Election (1999). If you haven't seen Election or Sideways or The Descendants (2011), then shame on you. Get started now! You can even start with Nebraska because, really, of all Payne's films, this one is the one that truly should be seen on the big screen. It is shot in widescreen black and white, though set in roughly present-day, and there are some just beautifully simple images in this movie that are best captured on a giant screen. 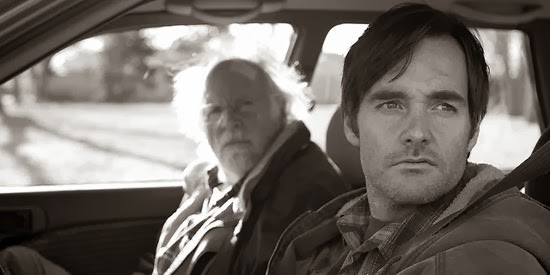 It is sometimes argued that Payne is poking fun at his characters. They are always flawed and do unexpected things and are just so incredibly normal that you feel like some movie guy is just trying to get you to feel sorry for regular everyday people. As my wife and I discussed after we left the movie, that idea couldn't be more wrong. Alexander Payne loves these people. And the characters in Nebraska are just plain interesting and, in an odd way, lovable. 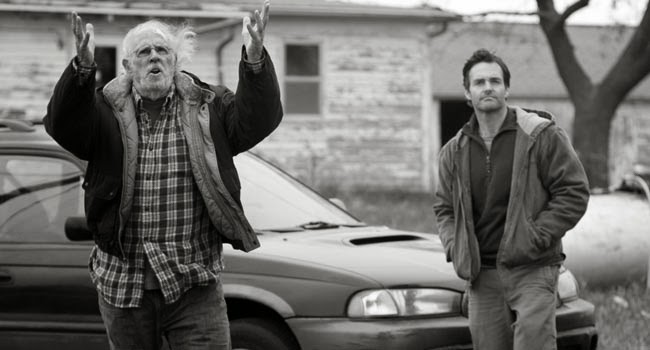 Nebraska, which is the first movie Payne has directed that he did not have a hand in writing, is the very simple story of an old Billings, Montana, man named Woody Grant (Dern). He is a man on a quest. A quest to claim his million dollar prize from a Publishers Clearing House-type marketing scam. His son, David (SNL's Will Forte), at first tries to convince him that going to Lincoln, Nebraska, is silly and unnecessary. His mother Kate (the incredible June Squibb) and older brother Ross (Bob Odenkirk) agree. He is too old, slightly demented, an alcoholic, and he can no longer drive. Going through a rough-patch himself, David finally agrees to drive the old man to Nebraska, thinking why not give the man one last thing? Maybe they can even see some sights and visit the family, who happen to live in a small Nebraska town. The father and son get sidetracked by mishap after mishap, cold beers, accidents, unruly, greedy, quiet, and/or quite crazy old friends and brothers and sisters-in-law and aunts and uncles and cousins. It is so real and funny. 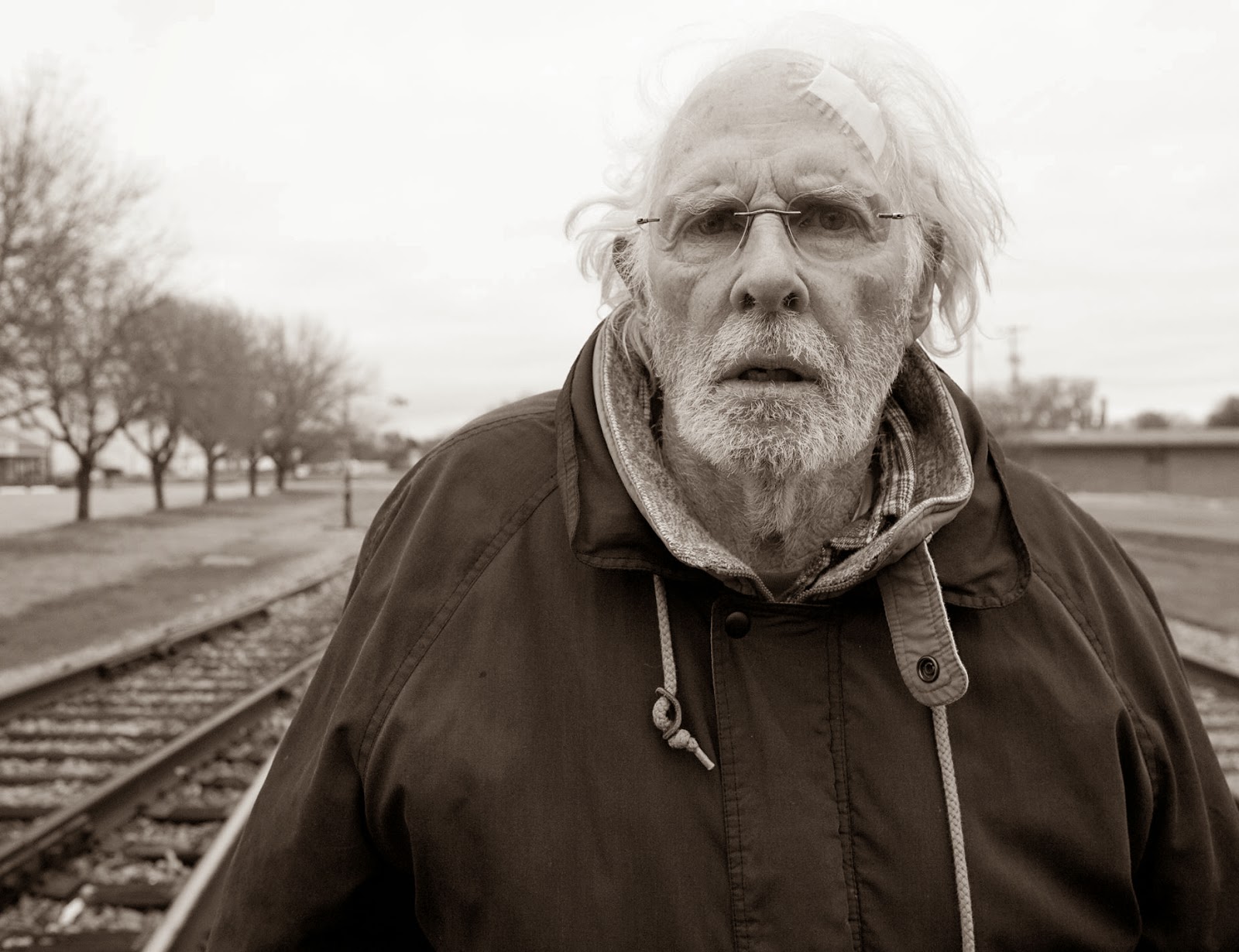 This is the most visually beautiful movie Payne has directed. The widescreen black and white cinematography by Phedon Papamichael is brilliant. And Payne's ability to evoke just the right reactions and facial expressions from his actors has never been better. The screenwriter (Bob Nelson) finds just the right line between drama and comedy. Some of the mother character, Kate's, dialogue is the funniest in any movie this year. June Squibb is one of those actresses that you've seen but don't really know. She is incredible, and this movie is worth seeing just for some of her foul-mouthed escapades. 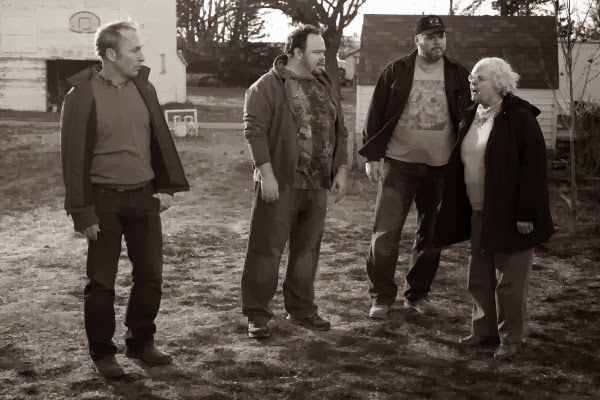 There are moments in this film of such stark truth and clarity that it cuts right to the core of you. That is found mostly through the eyes of the son, David, who just wants to know his father, a distant drunk who never spoke about his feelings or thoughts and who will never apologize for anything. Woody just wants to collect his prize. David just wants to help. The unexpected sweetness of the movie's later scenes are so satisfying, though, and my wife and I just couldn't get over how nice this movie is. I felt as buzzed when I left as if I had just knocked back a couple of quiet Coors, or Budweiser, long-necks with Woody and David, or even my own Dad, and didn't speak about the past, though it is, was, and will always be there.