We decided to see the first show of the day...the early matinee.

The first 5 minutes of my number four pick features more obscenity and depravity, and comedy, than just about any movie I saw all year (save my #5 pick, discussion forthcoming). Then, it continues for another 174 minutes. 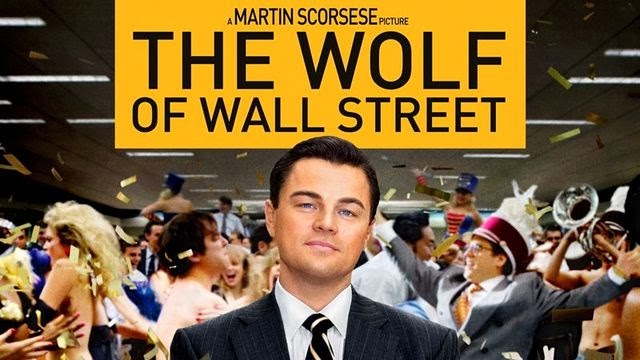 Screenplay by Terrence Winter, based on the memoir by Jordan Belfort

No doubt by now you've heard of the epic three-hour debauchery fest that is Martin Scorsese's The Wolf of Wall Street. It is the longest movie Scorsese has ever made. And, so I've heard, was trimmed even further from its first cut of nearly 4 hours. I could've done the four with this movie and these characters. They are horrible, greedy, drug-and-sex-addicted, multi-multi-millionaires. I loved every second of it. I have to shout out to rogerebert.com editor-in-chief Matt Zoller Seitz and quote from his review, "Imagine the last thirty minutes of Goodfellas stretched out to three hours. That's the pace of this movie, and the feel of it. It's one damned thing after another..." 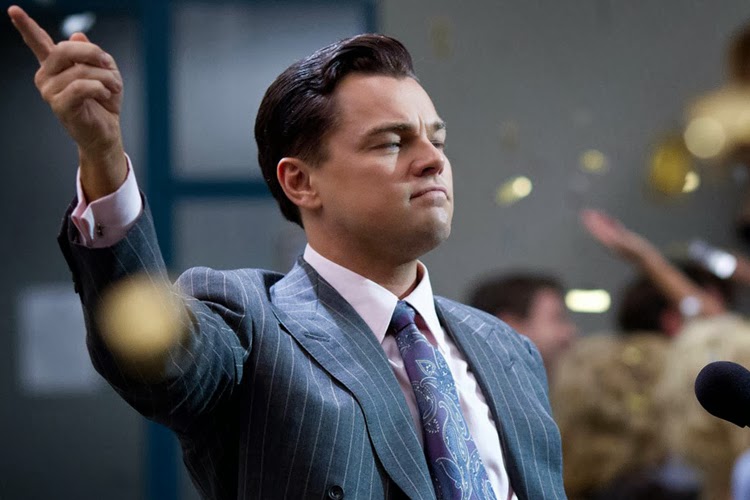 Real-life, high-society low-life stockbroker Jordan Belfort has written two memoirs now about his years of cheating and swindling and doing blow and hookers and Quaaludes and making more money than one could possibly even fathom. As played by Leonardo DiCaprio (in one of his best performances), he is all of those things and more. Leo (almost 40) is as fresh and youthful in this movie as if he was playing the character at 25. He jumps through the screen and into your face. In usual Scorsese style, a good portion of the movie is narrated by Leo in voiceover, setting up the feel that this is something that actually happened and most likely really did. And further credit to Scorsese and screenwriter, Terrence Winter (HBO's The Sopranos and Boardwalk Empire) for not selling out at all. Excuse the girly exclamation point but this movie is filthy and shocking and unexpected and, most of all, hilarious! 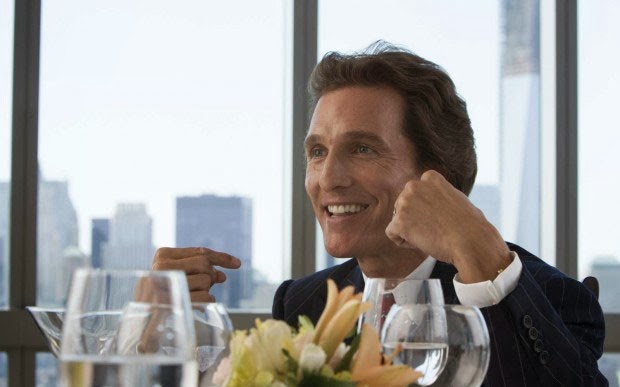 Jordan Belfort (DiCaprio) starts out as a fresh-faced Queens newlywed looking to make it rich, the right way, on Wall Street. He is immediately taken under the tutelage of Mark Hanna (Matthew McConaughey, in one hilarious scene). But his mark in the legit stock world fades quickly. After losing his job in the crash of '87, he finds his way into a small Long Island "penny-stock" firm and pretty much takes it over. Thus begins his years of slinging crap stocks for big money and 50% commissions. One day, while eating lunch at a local diner, an odd, horribly dressed, overweight, bespectacled local named Donnie Azoff (the unbelievable Jonah Hill), strikes up a conversation about the ridiculous car Jordan has in the parking lot. As soon as the astronomical amount of money he asked Jordan about gets in the air, it's over. Donnie will become Jordan's right-hand man. They starts up a firm of their own, give it a old-school name, Stratton Oakmont, and assemble a gaggle of the most ill-qualified characters possible as their associates. Together, this odd league of greedy gentlemen will expand and grow and work together over the next several years ripping people off, lining their pockets, and not feeling the least bit bad about about it.

Added to the mix is Jordan's introduction to "The Duchess of Bay Ridge (Brooklyn)" Naomi LaPaglia (the absolutely stunning Margot Robbie). He will, of course, pine for, court, and eventually do cocaine off her breasts before leaving his wife for her. And, man, is she worth it. Their relationship plays out like (another Goodfellas comparison) Henry and Karen Hill on crack then speed then 'ludes times infinity. Margot Robbie delivered the best Fran Drescher accent since Fran Drescher. Her performance was worth an Oscar nod as well in my opinion. I expect big things from her. She owns the screen.

There are scenes in this movie that are just so unbelievable they have to have happened. It is just crazy on top of nuts on top of ridiculous and you know its real. It contains perhaps the greatest, and probably only, Quaalude-enhanced telephone conversation in the history of cinema. And what follows that scene is just plain epic and is what I believe wins Leo his first Oscar. I am almost certain on this one. I laughed and laughed and laughed and loved it and believed it. 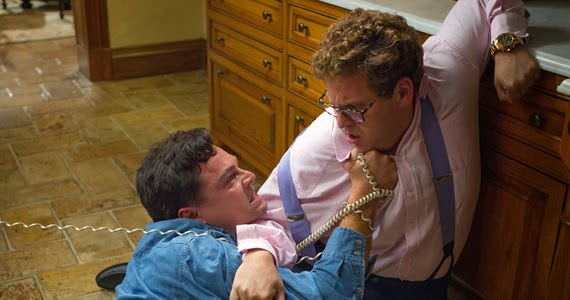 Of course, like all great rags-to-riches stories, the man eventually has to kill your buzz a bit. In this case, the man is FBI agent Patrick Denham (Kyle Chandler). His introduction to the film gives you the answers to the most basic questions of this film, of the rise and fall of Jordan Belfort. Is this sort of greed ever worth it? How can people live such a life? How do they deny the horrible things they're doing to themselves and others? How can people live in such excess? How can a man be so selfish? So cocky? So ambitious? These are the questions of nearly all of Scorsese's movies. They are all about men who are swallowed up by their own crazy and/or greed and/or ambition. Travis Bickle. Jake LaMotta. Henry Hill. Ace Rothstein. Howard Hughes. Colin Sullivan and Billy Costigan. And, now, Jordan Belfort. This is a Scorsese movie at the grandest level. It follows his delightful family film Hugo. The Wolf of Wall Street is the opposite of a delightful family movie. It is a hard, often crazy, often hilarious story of a supremely flawed man. Yet, for all of Jordan Belfort's faults, I couldn't help but leave the theater with the urge to pound my chest, belt out a war chant, and steal some rich guy's money. 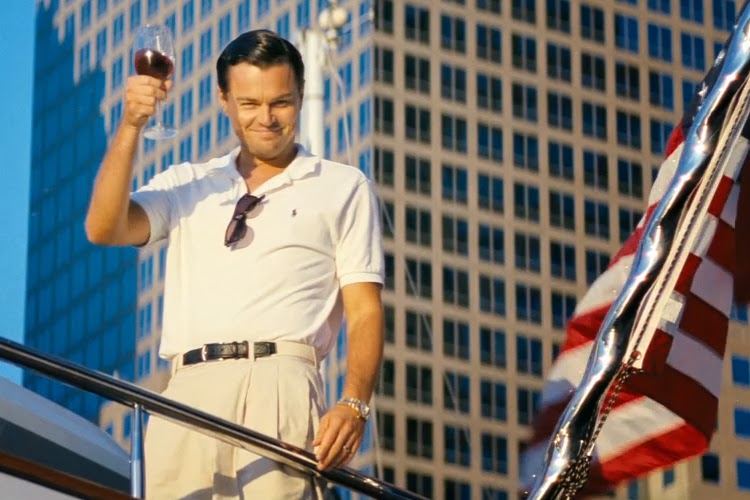