On Home Video
by Kevin Powers 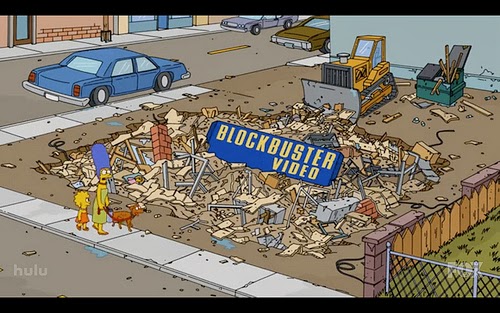 Remember the good ole days when you got in the car and went down to the local video store and searched and scoured the racks for upwards of an hour to find just the right movie you wanted? I miss that!

I was that guy with whom you hated to rent a movie. I was (and still am) picky. I've read the reviews. I know what's "good" and what's not. No. I don't want to rent that summer blockbuster or that silly, dime-a-dozen romantic comedy. 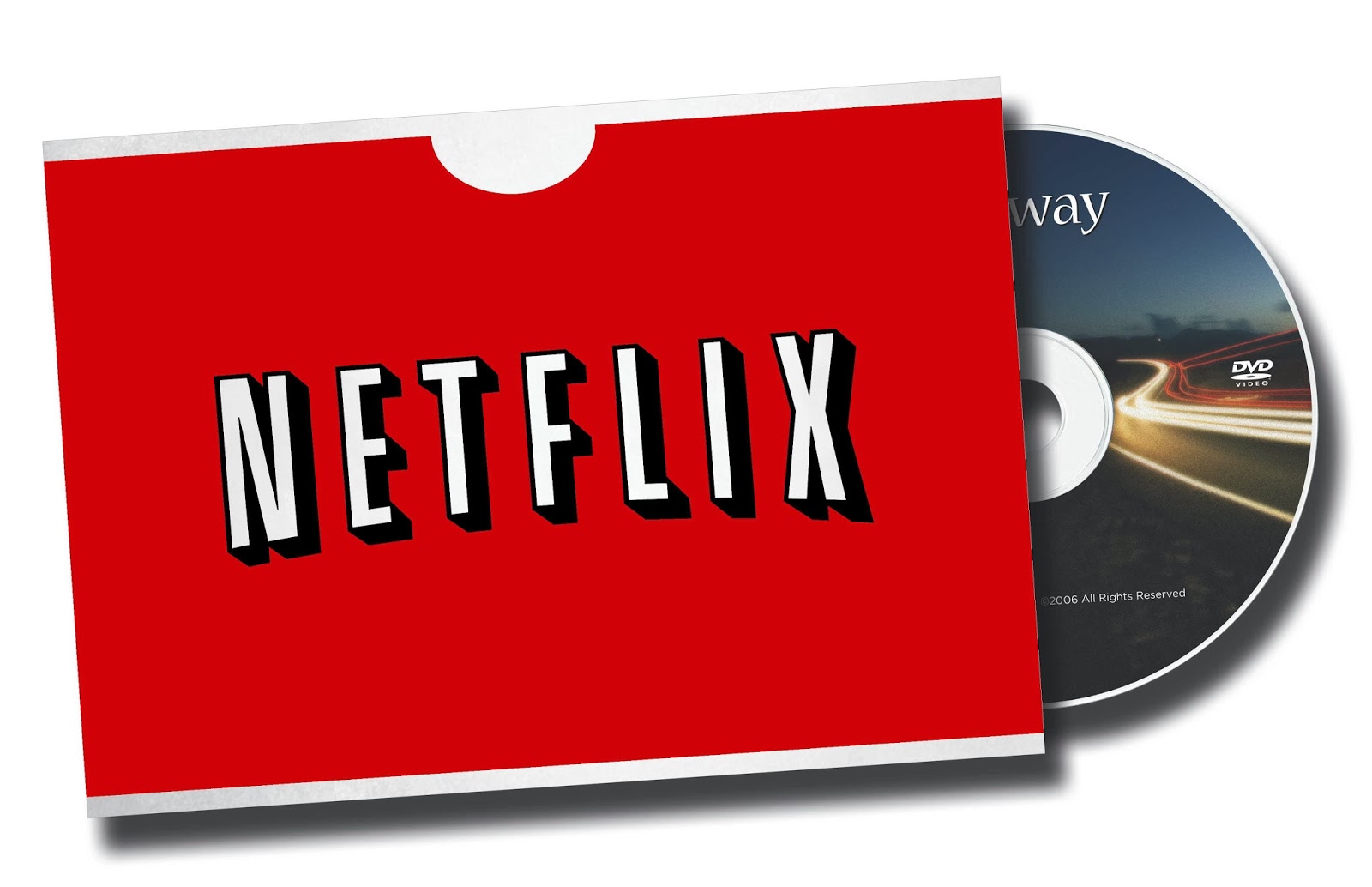 Now, it seems that the choices are so limited. You have your home On Demand service (too expensive). Netflix subscription (too much planning). Netflix Instant Watch (mostly crap). Then, there's Redbox. This is my preferred method these days, despite the limited selection. I want nothing more than to see Perks of Being a Wallflower, for example. Can't find it in any Redbox locations right now in my area. Not available on my On Demand. I wish I could just go to Blockbuster and get it. There are many movies that are just in between. I miss the video store. I like the physical browsing aspect. They're never coming back, I know. 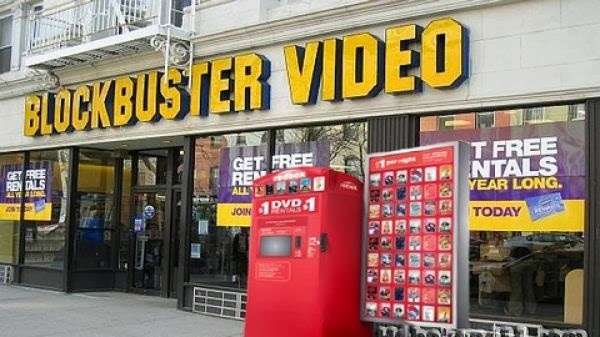 I will say that I've been happily surprised, though, at the speed with which DVDs and Blu-Rays are making it to the public. Theaters turn most movies over at rapid speed and the home video comes out quicker than ever. I have to say that in the past two weeks, visits to "The Redbox" have been quite rewarding. 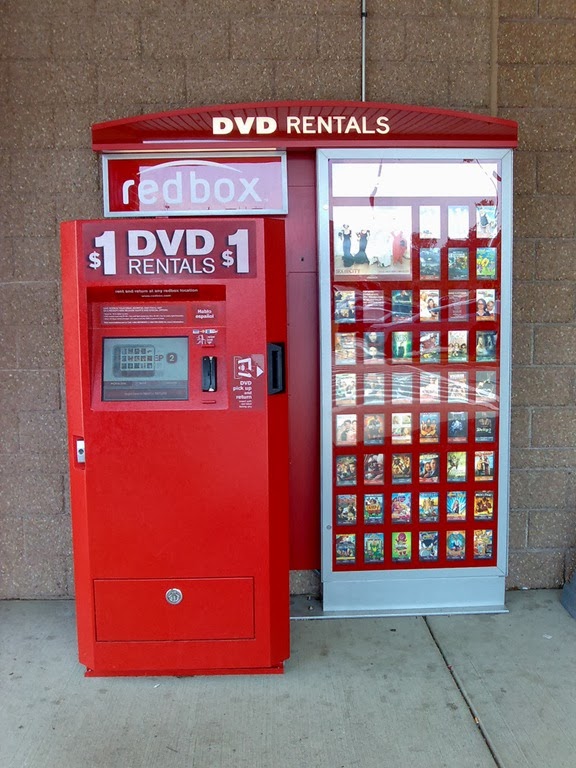 Here are some great movies available at your local Redbox right now:

We're the Millers is just a solidly funny summer comedy. The always-good Jason Sudeikis plays David, a Denver pot dealer, who, after being robbed by some young punks, has to make a trip down to Mexico to score a great deal of weed for his boss, drug kingpin Brad Gurlinger (Ed Helms). To make it look legit, he decides to assemble a family of sorts by enlisting his stripper neighbor, Rose (Jennifer Aniston), to be his wife; the annoying teenage virgin from down the hall, Kenny (Will Poulter), as his son; and the spoiled rich kid runaway, Casey (Emma Roberts), who hangs around his neighborhood as his daughter.

Together, they form bonds (in many more ways than one) that will last a lifetime playing house in an RV in classic road-movie form. The funniest bits come early in the movie as the David character has so much to say about his enjoyment of not being a family man. Shaggy-haired, he goes to a barber shop for a clean-cut look and his observances about the married man look are worth the price of the rental alone. I also enjoyed the Kenny character. New-comer Will Poulter holds his own with the more seasoned young actor in Emma Roberts and veteran comic-actress Jennifer Aniston, who, like a fine wine, gets better and better with age. She is smokin' hot in this movie.

It is just a fun movie to watch. There is drug humor, sex humor, awkward family humor, parenting mishaps, and, to be honest, quite a bit of warmth. A satisfying watch for a cold, winter evening. 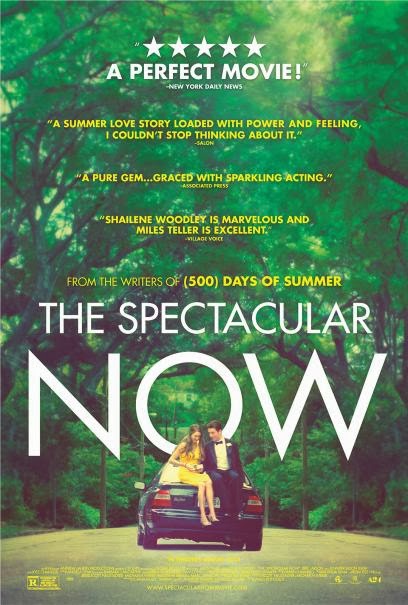 Screenplay by Scott Neustadter and Michael H. Weber, based on the novel by Tim Tharp

I felt this movie in every inch of my emotional being. It is so pure and true and near-perfect. I enjoyed it so much, it has kicked started my enjoyment of writing once again. I wrote about it at great length in my best of the year reviews, where it landed at #1 by a long-shot. Read my full review here. 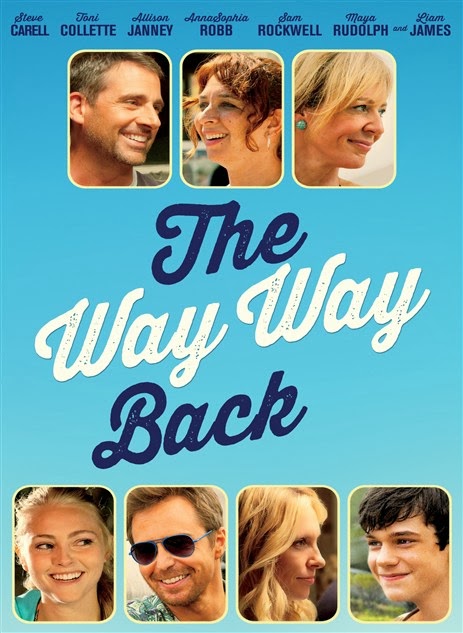 Written and Directed by Nat Faxon and Jim Rash

The writing team of actors, Nat Faxon and Jim Rash, having experienced some success as writers working with Alexander Payne on The Descendants (2011), have gone back to what has to be a shared experience of their own youths with this one. I expected a bit more, but this is a pretty solid movie and definitely worth the rental.

One thing I can say about The Way Way Back is that Sam Rockwell is great. He is an actor that I have come to admire greatly over the years, and he is rarely used. He is the reason to watch this movie. The heart of the story is the relationship that develops between 14-year-old Duncan (Liam James) and Owen (Sam Rockwell). Duncan has been dragged to his future stepdad's (Steve Carrell) beach house for the summer along with his mom (Toni Collette) and future stepsister. His parents are recently divorced. He wishes he could've gone with his dad. He is shy and awkward and just uncomfortable in his own skin. The neighbor girl, Susanna (the charming AnnaSophia Robb), is immediately in his crosshairs, though he would never have the guts to talk to her. And his mom's beau, Trent (Carrell), is what most would describe as an asshole jerk.

One day, he happens upon Owen (Rockwell) and finds himself whisked away into the world of water park employment. With Owen as his life-coach, Duncan slowly comes out of his shell. Gains some confidence and "comes-of-age." The Way Way Back, on my radar earlier in 2013 and later recommended by my old college friend Jen, was not as good as I expected but it has a stellar cast, some good laughs, and enough hard truths about divorce and growing-up to make it a good watch on DVD or Blu-Ray. 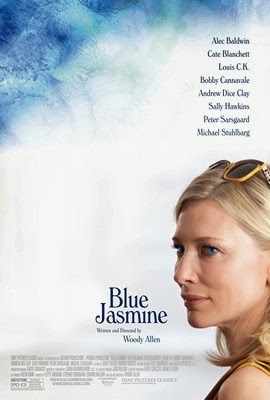 There are moments in Woody Allen's 43rd feature Blue Jasmine that remind you of some of his greatest  works like Crimes and Misdemeanors or Match Point. There are also some moments that don't work as well. Some skips in the plot that just don't allow the whole movie to come together.

This is a modern take on the Tennessee Williams play A Streetcar Named Desire. And, in that regard, it works. Cate Blanchett, who is already clearing shelf space for her next Oscar, is incredible. She plays the classic devastated woman character that we have come to know well from Woody. The latest in a long-line of great female roles that include Dianne Wiest's Holly in Hannah and Her Sisters (1986) and and Radha Mitchell's Melinda in Melinda and Melinda (2004). Just to name a couple.

Blanchett plays Jasmine, a recently-divorced New York wife and socialite, who is forced to move in with her half-sister, Ginger (the great Sally Hawkins), in San Francisco. She chases her Xanax with Stoli Martinis. She talks to herself. She is detached from reality. She is broken. The sister, Ginger, is her opposite. Divorced from her first husband, Augie (Andrew Dice Clay), and now taken up with Chili (Bobby Cannavale), Ginger does her best to help Jasmine, though she knows Jasmine is too stuck-up and shallow to ever do anything like that for her.

The plot plays inside the head of Jasmine, for the most part. It flashes between Jasmine trying to get back on her feet while dealing with a deteriorating mental state in the present and her marriage to millionaire fraud artist, Hal (Alec Baldwin), now in the past. While both story lines are effective, the plot gets a bit muddled in the shifting.

Where Blue Jasmine falls short in story, though, it rises to the occasion in some incredibly inspired casting. Andrew Dice Clay is excellent as the screwed-over by Hal ex-husband of Ginger. He delivers some of the movie's most heartfelt lines. It is great to see him in a serious role, or in a movie at all these days. Similarly, Bobby Cannavale plays a great Kowalski-type in Chili, a man consumed by love for Ginger and hatred for Jasmine and her negative effect on his love. Every Woody Allen movie should be seen. I have seen most of them. When a man makes a movie a year, every single year, there are bound to be some that falter. This one, I'd say, sits in the middle somewhere. Not great, but pretty good. 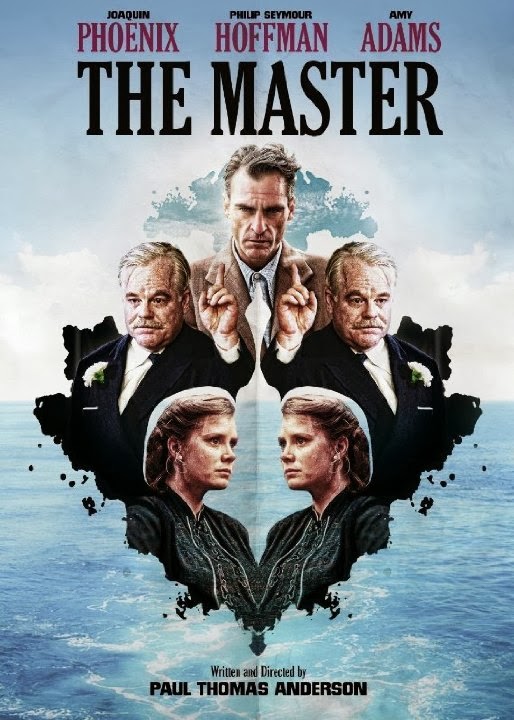 
I'm still processing this movie, which is either one of the best or worst of 2012. I haven't fully decided. I was inspired to seek it out, after missing it in the theater (big regret, as it's the only movie in 15 years to be shot on 70mm film), upon leaving Spike Jonze's collaboration with Joaquin Phoenix, Her.

Phoenix is being very selective in his movie role choices these days and this one is no exception. It is compelling and beautiful but also messy and odd. I plan to write about it at greater length once it soaks in a bit more, but, essentially, it is the story, set in post-WWII, of a confused, angry, alcoholic drifter (Phoenix), who stumbles upon a man named Lancaster Dodd (Hoffman), an L. Ron Hubbard-type religious figure working on a new sort-of religion. You have to see it and figure it out for yourself. Recommended only for the patient and curious. 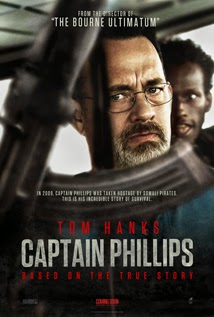 Screenplay by Billy Ray, based on the book by Richard Phillips and Stephan Talty


Several years ago, Paul Greengrass (The Bourne Supremacy and The Bourne Ultimatum) made a very small movie about the passengers of United 93--the plane that went down in Pennsylvania on 9/11. Much like that film (United 93), Captain Phillips retraces the uber-realistic journey of a hijacking. It is supremely effective in its realism, which has become Greengrass' trademark, and the ending scenes feature some of the most powerful acting of the year.

In 2009, Richard Phillips, Captain of the Maersk Alabama, a cargo ship delivering goods and supplies meant for poor African villagers and refugees, found himself under siege by a small group of Somali pirates. He is cool and calm, a great Captain. He doesn't get in with the BS and small-talk of the rest of his crew. He is matter-of-fact with his thick New England accent. He is a good boss and ship captain. Those of us who listen to (or watch) the news were captivated by this story as it played out. We are familiar with the hijacking and eventual takedown of the pirates and rescue of Phillips by the Navy SEALs.

What we aren't familiar with is the process, the emotions, the sheer terror, and the utter devastation of the Somali people, who are given to lives of crime in a poor, war-torn country. That is where this movie is great. Like Kathryn Bigelow's 2012 film Zero Dark Thirty, Paul Greengrass' Captain Phillips is that once-in-awhile ripped-from-the-headlines movie that really works. And watching this movie, you know who made it. It has the Greengrass stamp on it. The shaky hand-held closeups (loved my me, hated my most, including my wife) and quickly edited action sequences. This is a Best Picture nominee and well deserves it, though it's at the bottom of my rankings of the nominated films. However, if you're into a good, intense, realistic action movie, then this is the one for 2013.