If there's one thing that stuck with me after watching the 2013 indie-ish Kings of Summer, it is the rekindling of my passion for MGMT's 2007 song "The Youth." I got to thinking earlier today about how I am best "turned on" to music. For me, I connect best with songs that are matched with certain images and experiences. As soon as I see a movie with a good soundtrack, I instantly begin seeking out the music from that movie. This movie has some great tunes on its soundtrack. That is for sure.

If there's another thing that stuck with me, it is this:  Jordan Vogt-Roberts is a promising up-and-coming director. There are some great moments in this movie, some beautifully photographed moving imagery. It is also a quite funny movie. I literally LOL'd in some places. Yet, in the end, it doesn't come together as a totally believable story, though it could have. 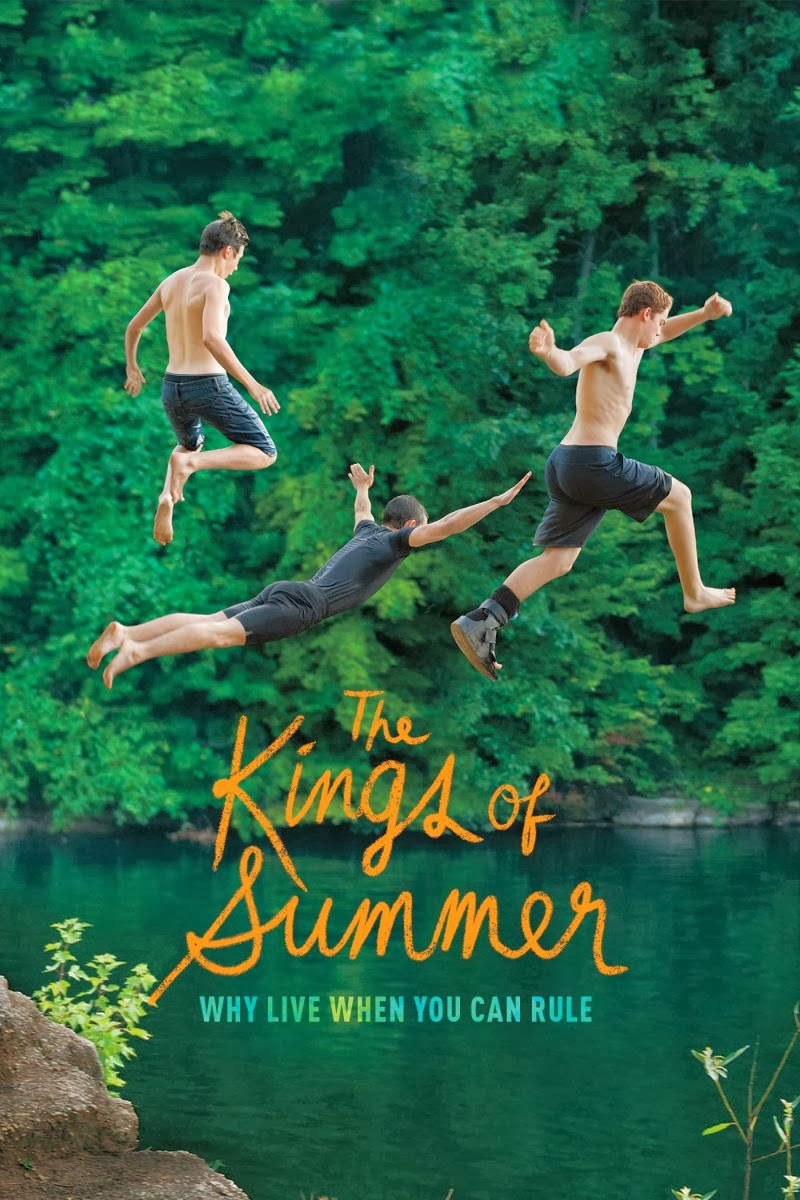 The Kings of Summer stars three young actors that are just really good. They are Nick Roberts (Joe), Gabriel Basso (Patrick), and the absolutely brilliant Moises Arias (Biaggio). The three leads are suffering at the hands of their annoying and/or overpowering parents. Joe, whose mother passed away, lives under the rules of a hard, authoritarian father played by Nick Offerman. This is a perfect role for Offerman, who is known as the deadpan, dry-witted Ron Swanson on the great NBC comedy series Parks and Recreation. Patrick is constantly annoyed at home by his overbearing and annoying mother and father (Megan Mullally and Marc Evan Jackson). And Biaggio, well, he just sort of shows up out of nowhere and steals the whole show. 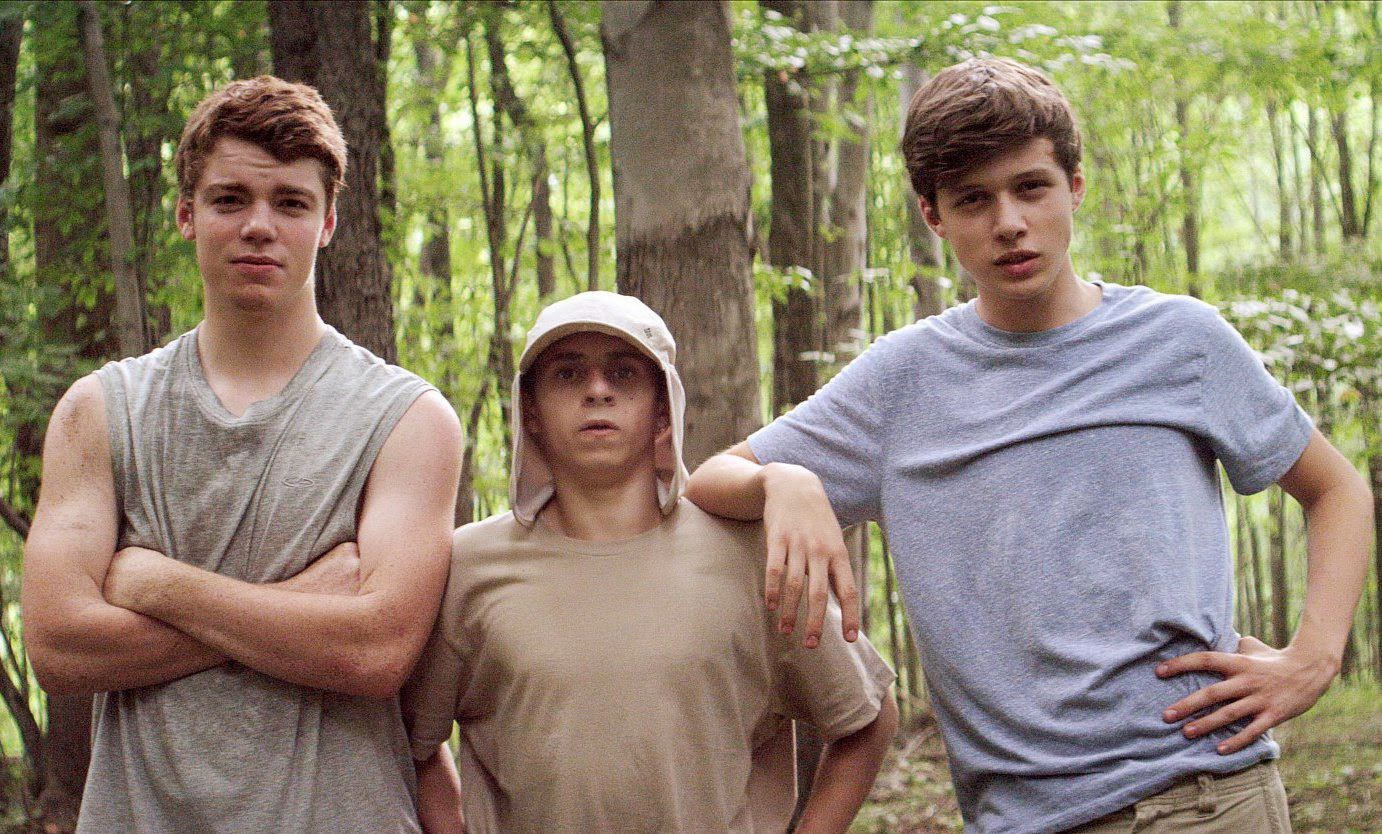 Having made it to the last days of school, Joe gets an idea. Let's move out into the wood and build a place of our own. Patrick reluctantly agrees to join in. Biaggio is already there, out of nowhere, like I said. The three build their own digs out in the woods and really just sort of Walden this thing out complete with indoor slide, mailbox, and freshly-roasted Boston Market chickens. 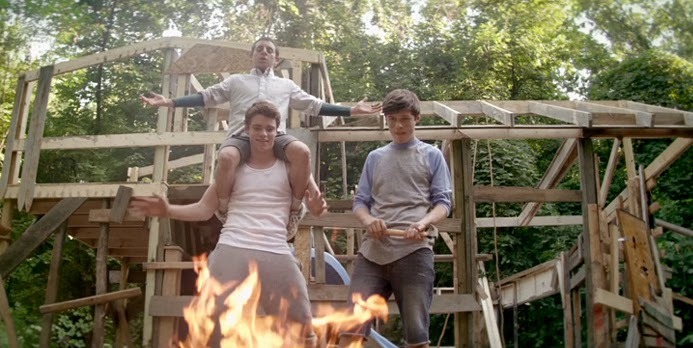 Some of the best, and funniest, scenes in the movie feature Joe's dad Frank (Offerman) and sister Heather (Alison Brie), who is newly married to Colin (Eugene Cordero). There is a bit about wontons that is just brilliant, and there's also a Monopoly game that goes to unheard of places that will have you rolling. There is also some great humor to be found in Biaggio, the McLovin of the picture, who spouts out one-liners from a sort of Judd Apatow-Woody Allen hybrid. Some land, some don't. However, the presence of this guy in the movie makes the whole thing worth watching. 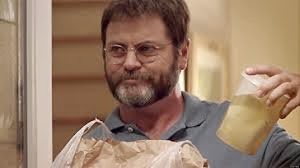 I also rather enjoyed the house-building sequence and the boys-running-wild-in-the-woods montages. These sequences show great promise from a new filmmaker in Jordan Vogt-Roberts. He is very good with natural light. Sun shining through the trees, etc. I look forward to seeing more films in this vein from a talented director. 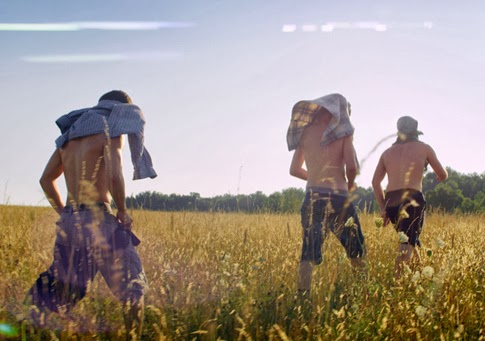 What I really didn't like about this movie was the girl-of-Joe's-dreams character. She is Kelly (Erin Moriarty). It's not that she's bad or anything. And I'm not even mad about the truths about life and love that she brings to Joe's table. I just don't feel like this movie deserved to do what it does with her arc, if you will. It is odd to me, though I've experience the exact sort of fickle girl stuff in my life. I won't be too specific, but I invite you to watch and see for yourself. 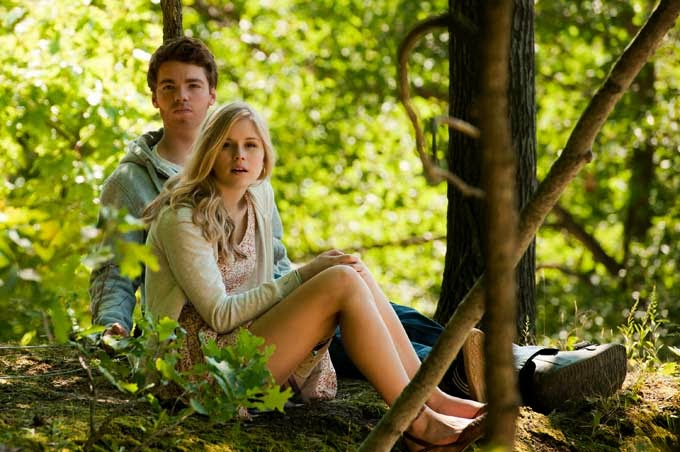 The Kings of Summer is one of the Sundance movies that sits on the edge of indie and mainstream. I actually wish it had made up its mind. Much of the humor is reminiscent of Superbad, with its inept cop characters and party scenes. In fact, I was glad that the lake party was actually broken up. I hate it when movies allow teenage characters to have huge parties with no neighbor complaints or police bust-ups. At the end of this movie, I was happy I'd laughed so much and very happy that the soundtrack had so much to offer along with some well-directed sequences. I just didn't feel like the emotions it tried to convey came through like they could have. I wanted to go back and put in some more development, especially with the seemingly brotherly relationship between Joe and Patrick as well as with the Kelly character. What can I say? Dammit! I want my cake, and I want to eat it, too!