Missed Masterpieces: The Place Beyond the Pines

Of the many great movies I missed in 2012, I think this one could be the most interesting. It is big and long and grand and knows it. It features actors in roles that don't totally seem to fit at first until you realize that somehow they do. It works. In its grandiosity and ambition, it sometimes misses. It is not a perfect movie, but it is a perfect attempt at storytelling. It succeeds in its wish to tell a whole story as a work of good literature might, something novelists do easily but filmmakers rarely manage. 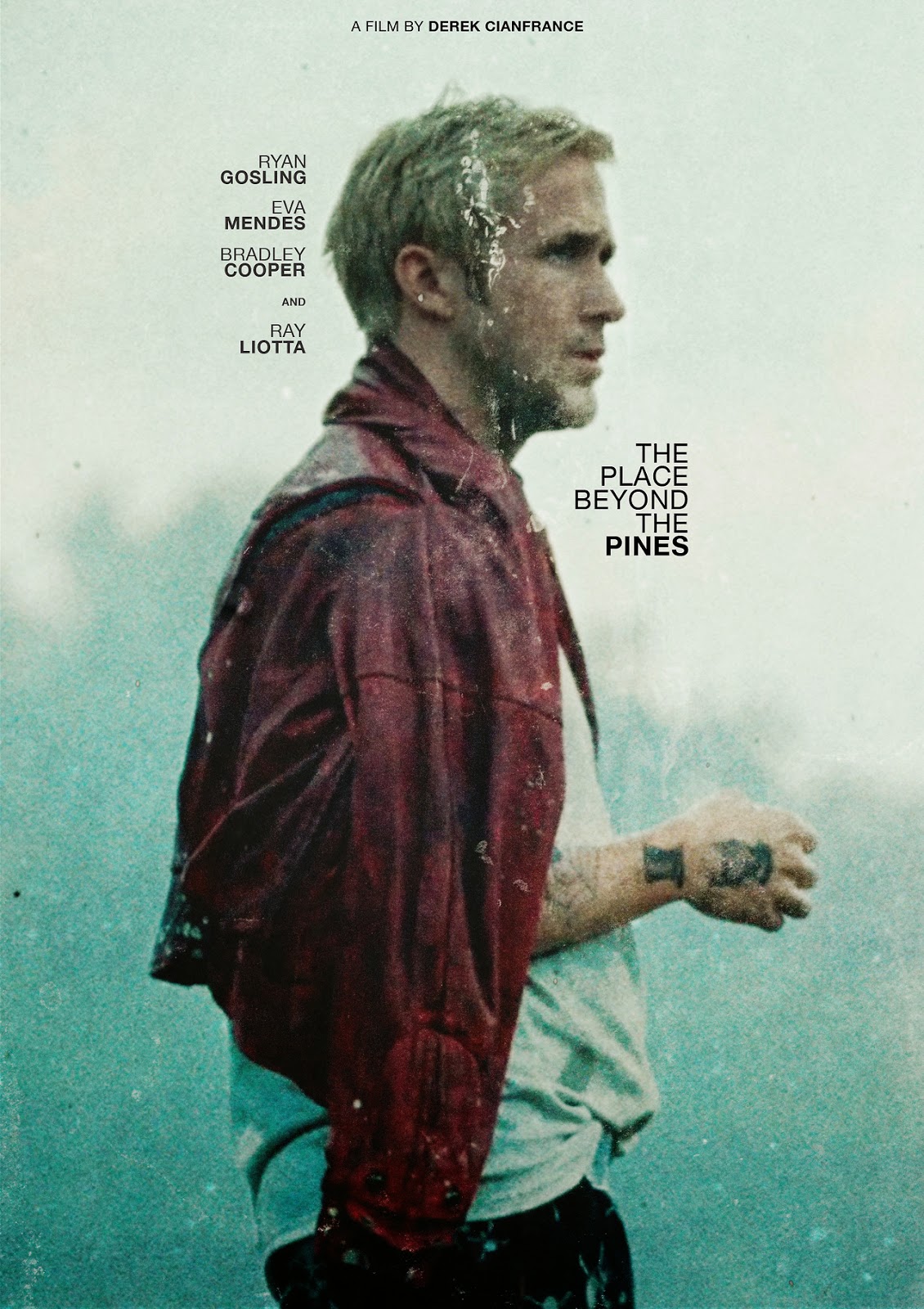 The vocabulary word hovering over Derek Cianfrance's The Place Beyond the Pines is...ambition. It's just plain ballsy to make a movie like this. It was totally unexpected as I didn't read much about it knowing I would see it eventually. The tone is set immediately jumping right into the twisted lifestyle of Luke (Ryan Gosling) as the camera follows him in a long single close-up tracking shot from his trailer to the sphere where he does his death-defying dirt bike traveling carnival act. It is one of those first shots that makes a statement:  "This will be a unique movie." And it is. At first, I even found its rawness and realism overly-intense and a bit unsettling, yet I soon fell into its story and never looked back.

Luke is quiet, tattooed, smokes his Camels hard and long and often. He is another great character in the Ryan Gosling filmography. A nomad (or carny, if you will), Luke has no roots, a different home every couple weeks. During his stay in upstate New York (Schenectady, to be exact), he has a fling with Romina, or "Ro" (Eva Mendes). They part ways. A year later, he's back around again to find out he now has an infant son named Jason. He decides to stay, though Ro has gone on and found someone else. He begins to put his roots down. He has no skills. He is spotted racing through the pines one day by Robin (Ben Mendelsohn). Robin is a criminal, a former bank robber. To make money, Luke begins robbing banks. He tries to win Ro back. He gets arrested for an altercation with Ro's new man Kofi (Mahershala Ali). He robs more banks. This is all delivered in a very sure, deliberate pace. 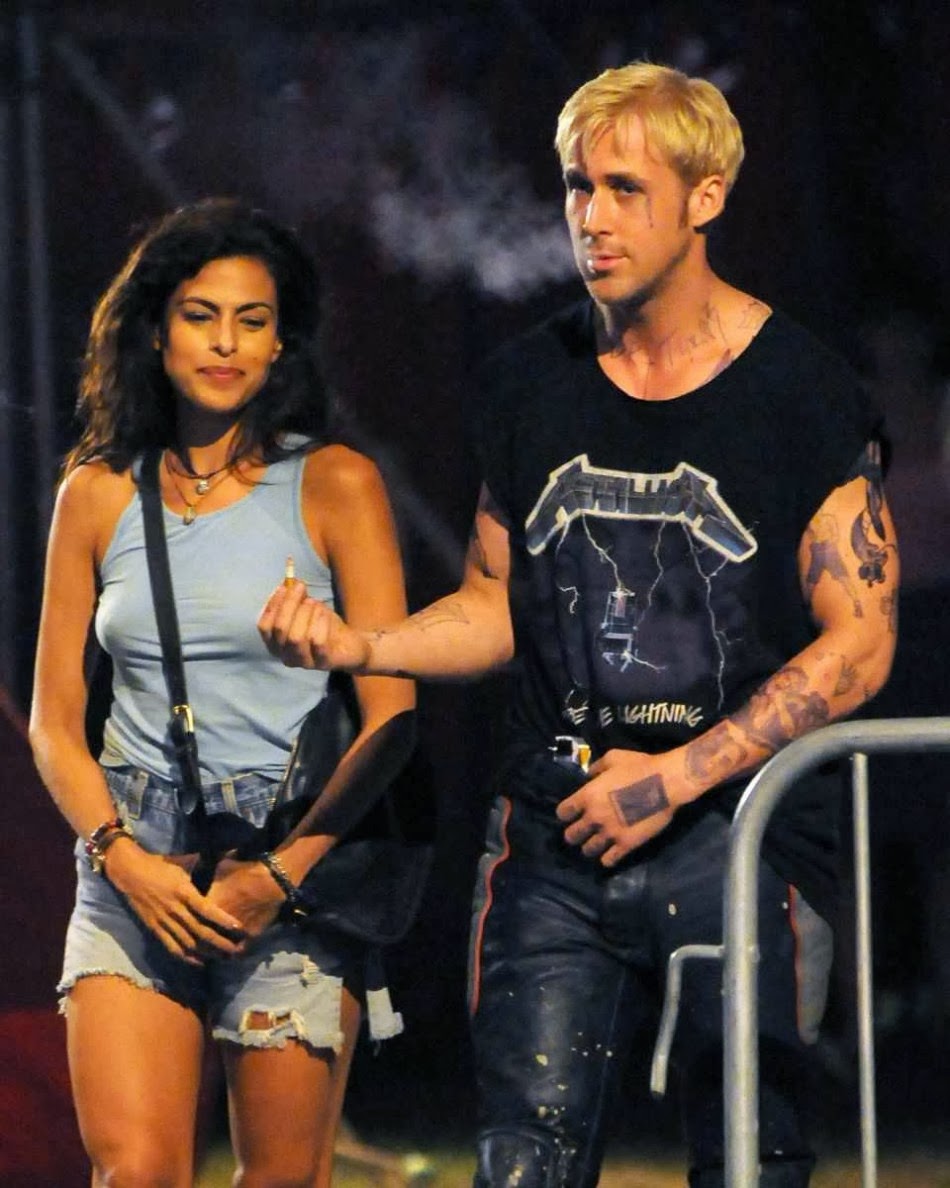 The chain of events there puts Luke on a collision course with Avery Cross (Bradley Cooper), an up-an-coming Schenectady police officer bent on working his way up the ranks in a force riddled with crooked cops, including Deluca (Ray Liotta). He is calm, caring, confident, a rookie police "hero." He also has a wife, Jennifer (Rose Byrne), an infant son named AJ, and a law degree. In a subsequent chain of events, Avery finds himself as a whistle-blower of sorts, sneaking his way into the DA's office. This, the second act of sorts moves more quickly, leaves more out. Each phase of this story matching it's lead character(s). 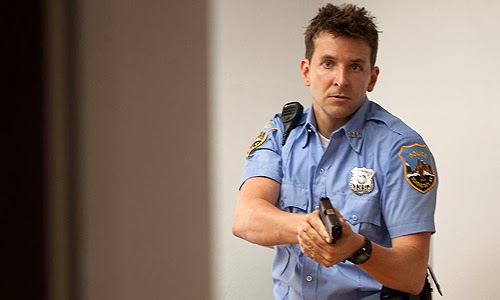 The parallels between the Gosling and Cooper characters are not accidental. This is storytelling at its finest. It almost reminded me of a twisted East of Eden-type story. Fathers and sons, past sins and present ones. Luke reminds us of "that guy" who becomes the long-lost father. There is a beautifully real and touching scene where Luke persuades Ro to come out with him and bring their baby along. They have a brief good time as a family, essentially one memory that the young Jason will never possibly remember. A photograph is taken, the only one. Luke is that father who left, disappeared, shaping his son's life forever. Avery is "that guy" on a fast track to everything right:  the right job, the right house, the right woman, the right kid. He is the father who is always there. His son will have no problems. Or will he? 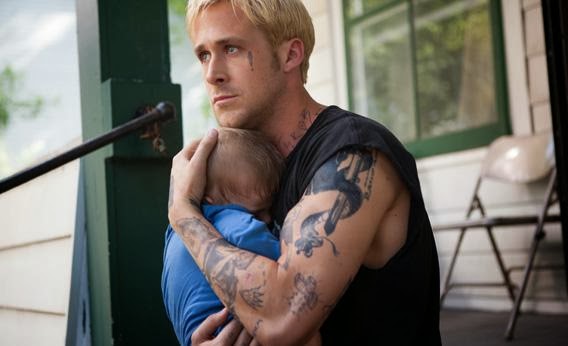 In the third and final act of The Place Beyond the Pines, we find ourselves somewhere we probably didn't think we'd be. I don't want to spoil where it goes, but I will say that it doesn't quite work as well as the first two acts, especially the brilliant first hour of this movie. Regardless, this movie ends, again, as a whole story, and that's the beauty of it. It tries. 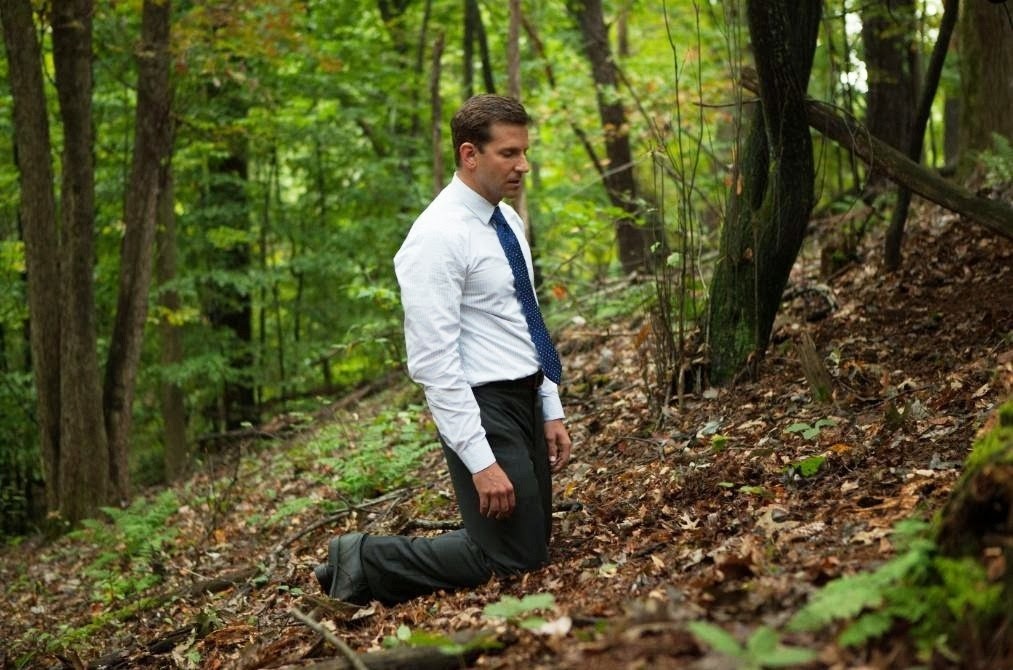 When The Place Beyond the Pines ended, I was sure I'd seen a masterpiece, albeit a flawed one. Again, it tries. And, to me, that's just as well. It has a grand scope to it. The kind usually reserved for a good novel. It explores time-tested themes like "what it is to be a man, a husband, a father," "how the past haunts us and our children," "the fine line between cop and criminal." It is ultimately and finally an ambitious story about ambition, misguided ambition...two guys of the same age on different paths who are really just trying to do what they think is right. Whether it is right or not, Derek Cianfrance and his crew of writers and actors lead you on a journey to find out. And that is what makes a great, epic (and human) story.