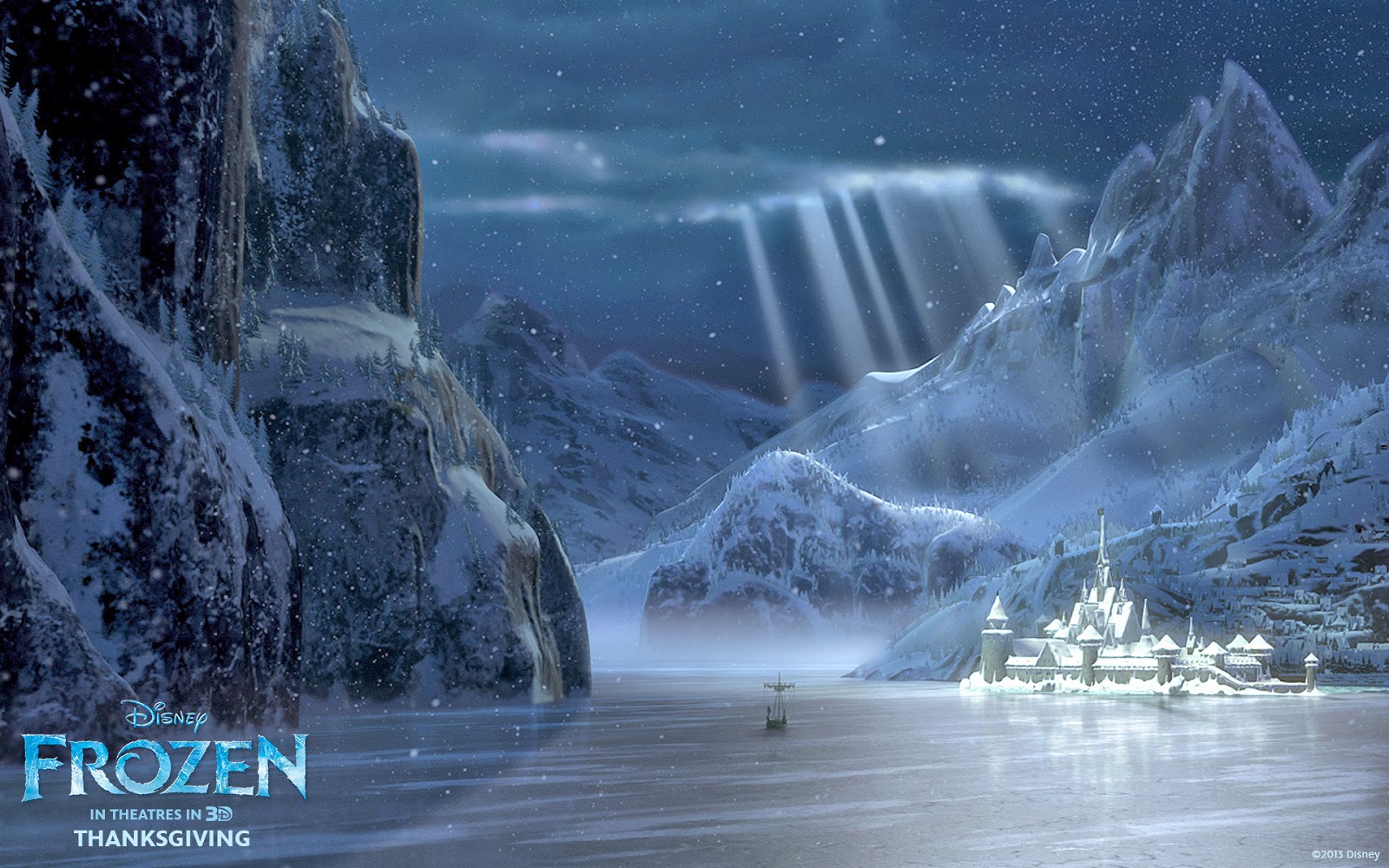 A couple weeks ago, the plan was to take our 7th graders to the park as an incentive for the kids who make good grades and have clean marks, behavior-wise. It being late March in East Tennessee, we could have never expected it to be 23 degrees that morning. So, we started the day with a viewing of Disney's Frozen. Thank heavens! It was an absolutely unexpected dose of sweetness to cure what ailments there were. The kids loved it, sang along, and I became a believer in this year's Oscar winner for Best Animated Feature.

The best thing about Frozen is simple: it is a classic Disney musical. It fits, for me, in the same realm as the greats from Disney's renaissance of the late 80s and early 90s (see: Beauty and the Beast, The Little Mermaid, Aladdin, and The Lion King). It opens with a musical sequence, men chopping blocks of ice from a frozen fjord. It is set in a Scandinavian country once-upon-a-time. The opening sequence shifts to a castle where a cute little redhead named Anna wakes up her older sister to play in the wee hours of the morning. See, the older sister, the blonde Elsa, has a special magic. She can conjure up ICE. After a nearly-tragic accident, the girls' parents (the King and Queen), following the advice of the nearby trolls, begin training Elsa to hide her powers for the safety of the realm (and little Anna, whose memories have been wiped by the trolls). 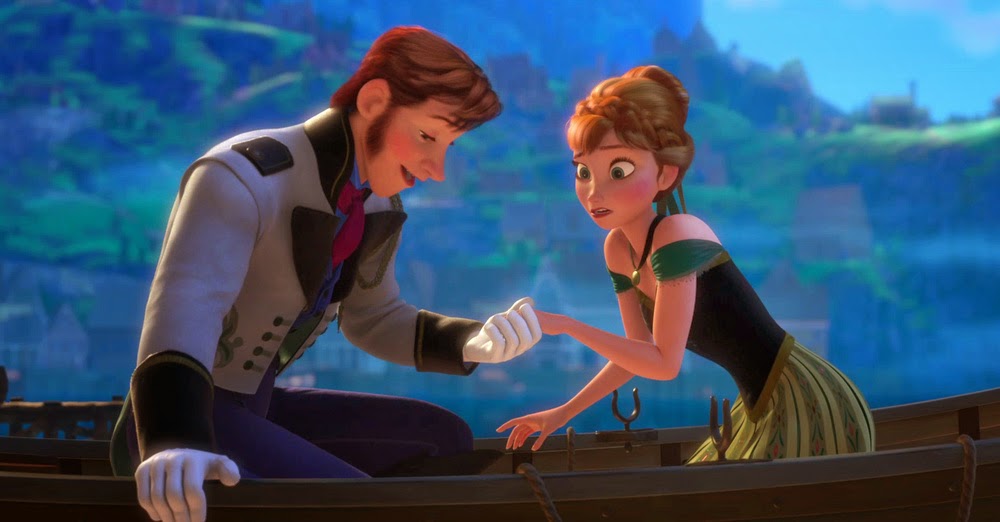 Then the music starts. "Do You Wanna Build a Snowman?" is perhaps the sweetest thing I've seen/heard in years. It serves as a time passage as Anna and Elsa grow up. Elsa hiding in her room and Anna begging for her sister back. Anna (Kristen Bell) sings through the closed door as the two grow older into adolescence, through the death of their parents, all the way to the big day...Coronation Day, where Elsa (Idina Menzel) will be crowned Queen. This sequence reminds me of the masterful time passage in Pixar's UP! That sequence will never be matched, but this one is close in its sweetness, doing a great job of creating the dynamic between the sisters.

On Coronation Day, Anna sings her way into the sights of Hans (Santino Fontana), a young prince from The South. After a series of mishaps, misunderstandings, and disagreements between the sisters at the Coronation Ball, Else loses her grip on her powers and is forced to flee into hiding on top of the North Mountain. Anna, leaving her new beau Hans in charge, chases after her. Her journey through the wintry landscape leads her to ice-cutter Kristoff and his reindeer Sven. The three then stumble upon Olaf, the snowman of Anna and Elsa's childhood and the single most-likable character on screen last year. Together, the foursome continue their musical adventure to restore Elsa to the thrown and summer to their people. 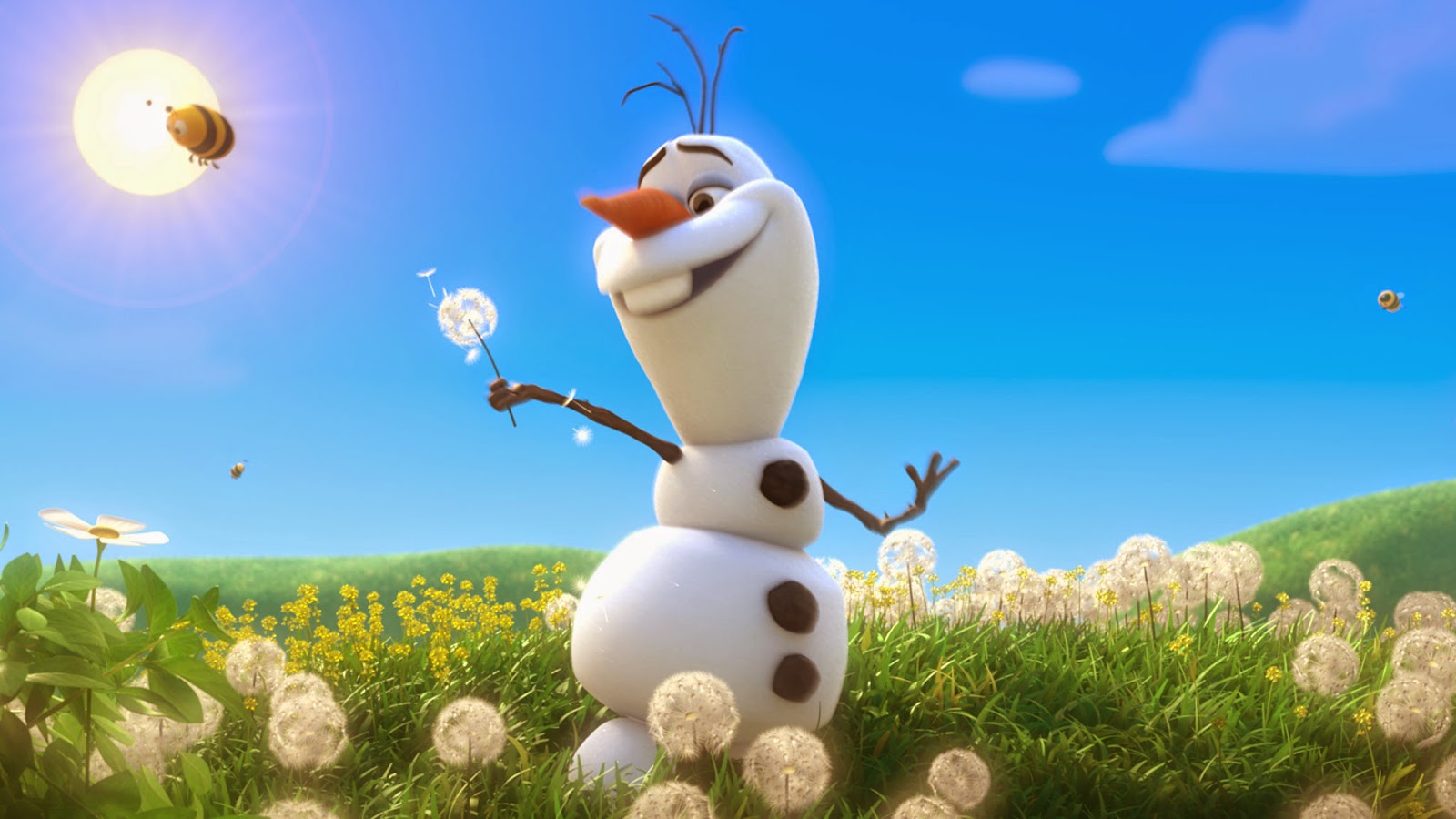 The animated set-pieces and action sequences find the right line between suspense and comedy, including one great piece culminating in a perfectly funny and exciting cliff jump. Elsa's "Let It Go" scene, featuring the Oscar Winning Original Song, is just beautiful. Menzel as Elsa just belts it right out as she builds her beautiful blue mountaintop ice castle. My favorite musical piece is Olaf's "In Summer." So sweet and funny. I'm sure kids just ate that one up.

Frozen is a formulaic movie. There is nothing new, it's not completely original, and most adults will see it all coming. We know who Anna will really fall in love with. We know Elsa will come back and all will be restored. We even know the old "only love will save us" routine. That's just as well. I felt like a kid watching this movie. It is just so lovely in its icy-blue color palette, sweet little sing-alongs, and heart-"melting" one-liners. As soon as school was out that Wednesday, my wife and I went to Target and bought the Blu-Ray. One day, we'll sit back and watch our future children fall in love and sing along, and all will be right in the world for that ninety minutes of pure escape.