Missed Masterpieces: The Perks of Being a Wallflower

As a middle school English teacher, I always find it difficult to enjoy the same books as the kids I teach. I like realism. They like fantasy. I worship Irving and Steinbeck. They worship Collins and Riordan. Young adult literature, especially for young men, is usually more on the fantasy, zombie, action, sci-fi spectrum. I never liked that sort of thing even when I was their age.

Every once in a while, there is a game-changing YA title. None more so than Stephen Chbosky's 1999 novel The Perks of Being a Wallflower. It tells the story, in personal letters, of a freshmen named Charlie and his coming-of-age through mix-tapes, new friendships (with a couple of artsy seniors and a great English teacher), love, sex, drugs, death, and mental illness. It is a powerful, beautiful story. Its film adaptation is next in my series of essays on movies I wanted to see in theaters but missed for one reason or another. 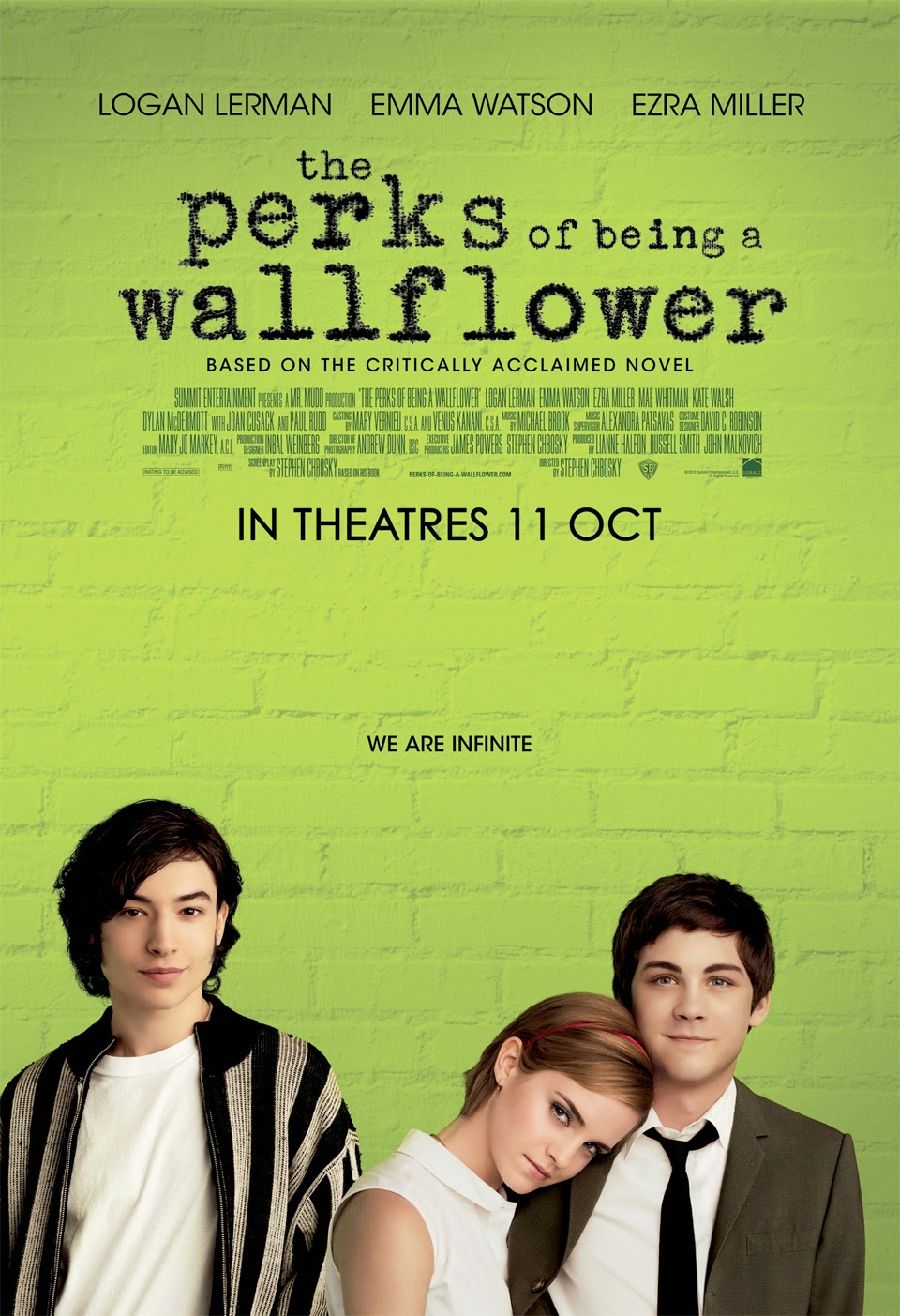 Screenplay by Stephen Chbosky, based on his novel

The most striking thing about Stephen Chbosky's The Perks of Being a Wallflower (apart from the fact that he wrote and directed his own novel himself) is how the characters are just the best people ever. I actually wrote that in my notes during my second viewing. They are. They are flawed. They are hurt. They are emotional. They are real. In fact, this is the most realistic depiction of high school life I have ever seen. Other "teen movies" should see this one and feel ashamed. 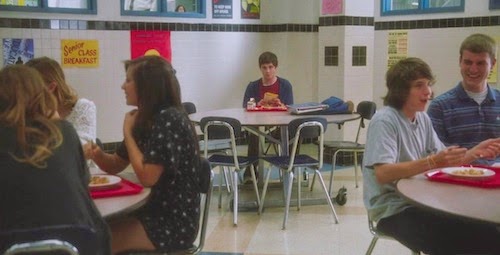 The casting of actors couldn't be more perfect, especially having read the book. Logan Lerman plays the perennial wallflower Charlie. He is starting high school. He is nervous. People think he's weird as he had a sort of break down the previous year after his best friend committed suicide. His father (Dylan McDermott) is a nice, yet serious man. His mother (Kate Walsh) is supportive, yet oblivious to many of his problems. His sister (Nina Dobrev), a senior, isn't really willing to include him. His middle school friends avoid him. When he happens upon Patrick (Ezra Miller), a senior in his freshmen shop class, he sees a potential friend. He's right. At the first Friday night football game, he cautiously approaches Patrick and, where most "teen movies" would have him struggle or initiated in some sort of hazing, is welcomed with open arms. Then Patrick's step-sister Sam (the beautiful Emma Watson) joins them, and Charlie is welcomed even more...and infatuated. His first real crush. 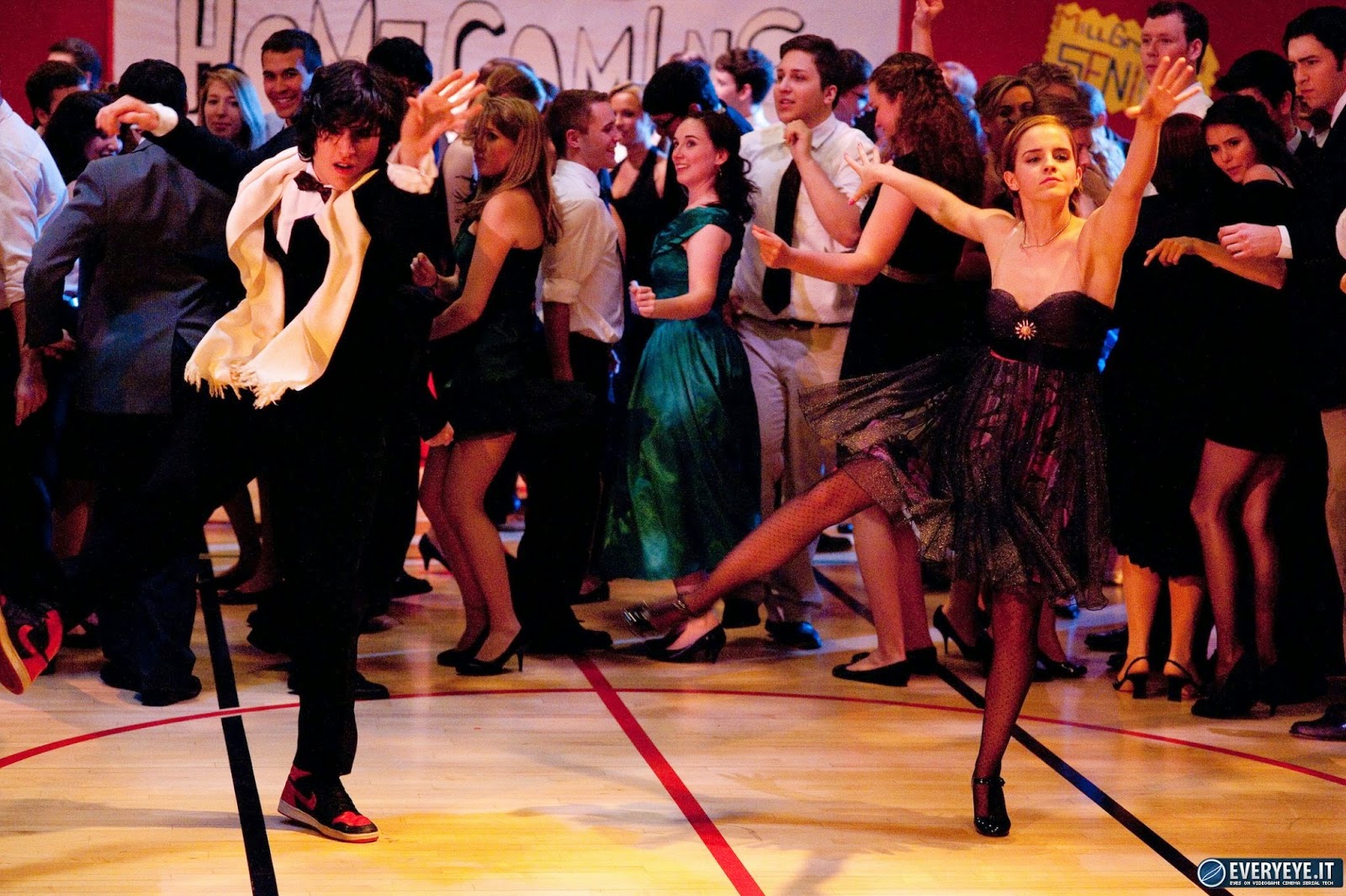 Over the course of this film, Charlie will experience in one way or another many of those "challenging" young adult novel issues. He finds himself embroiled in his own depression and loneliness, which is somehow connected to his relationship with and the death of his Aunt Helen (Melanie Lynskey), who was a victim of sexual abuse and domestic violence, a theme which is continued in the abusive relationship between his older sister, Candace, and her boyfriend Ponytail Derek (Nicholas Braun) and with Sam, who experienced abuse as a young girl and became promiscuous as a young teen. There is also Patrick's homosexuality and experimentation with drugs and alcohol. All of this is tastefully done, even at its most shocking, under the backdrop of early 1990s suburban Pittsburgh. 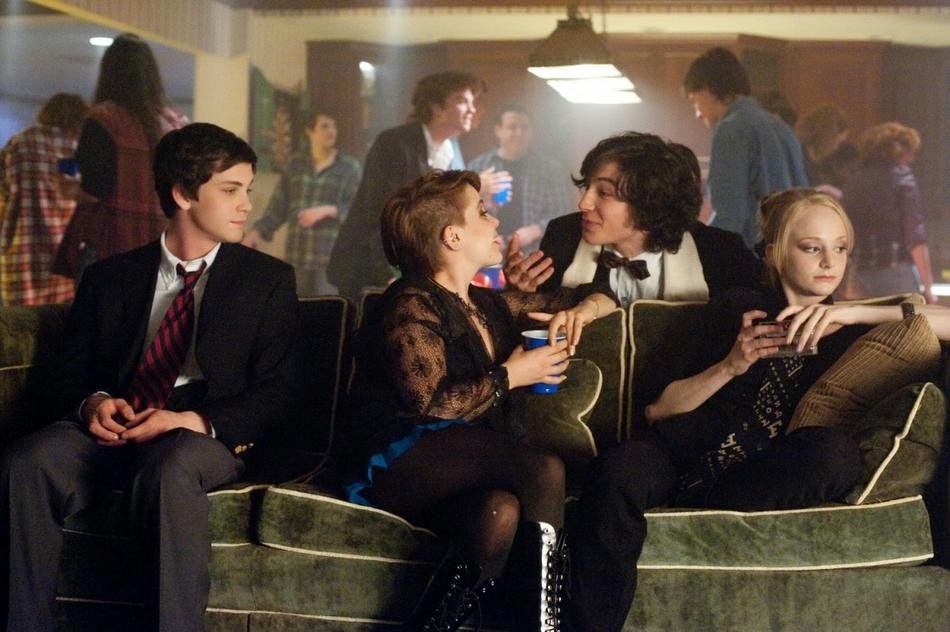 There is a scene in this movie that literally made my heart pound. And it doesn't contain any violence or action or a psycho killer behind a door. No, it is a first kiss. Stephen Chbosky directs this scene to perfection. This is a man who knows how powerful a first kiss, a first love can be, and I applaud him as a writer/director for crafting such power. 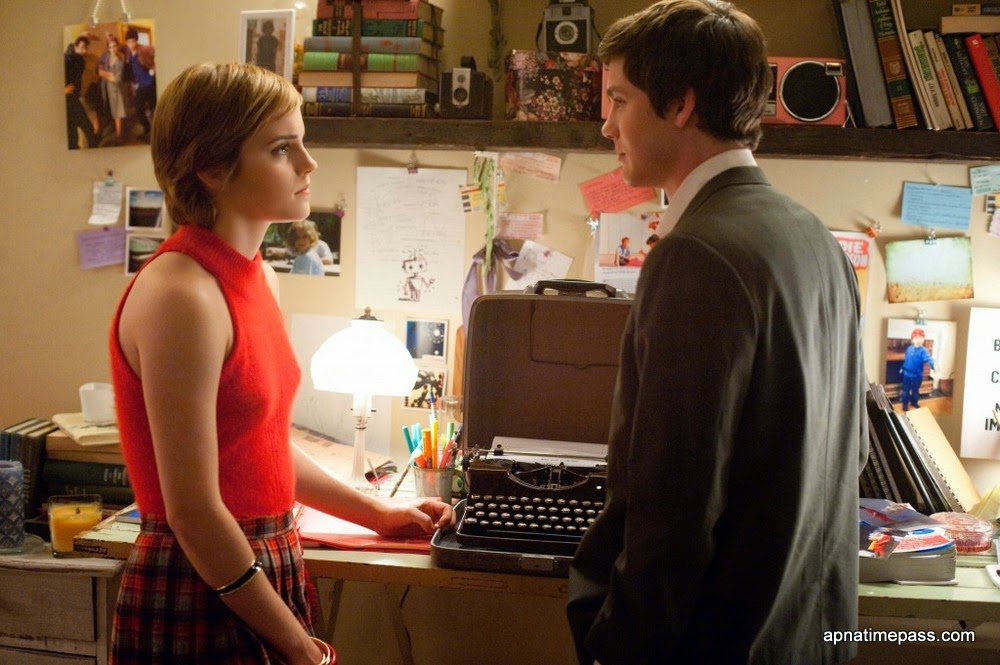 The soundtrack is perfectly on point with tunes ranging from Dexy's Midnight Runners' "Come On Eileen" to The Smiths' "Asleep". In fact, one of this movies charms is the aging idea of the mix-tape. These are people who spend hours making mix-tapes for each other. How personal and satisfying to both parties. A lost art. But I digress... 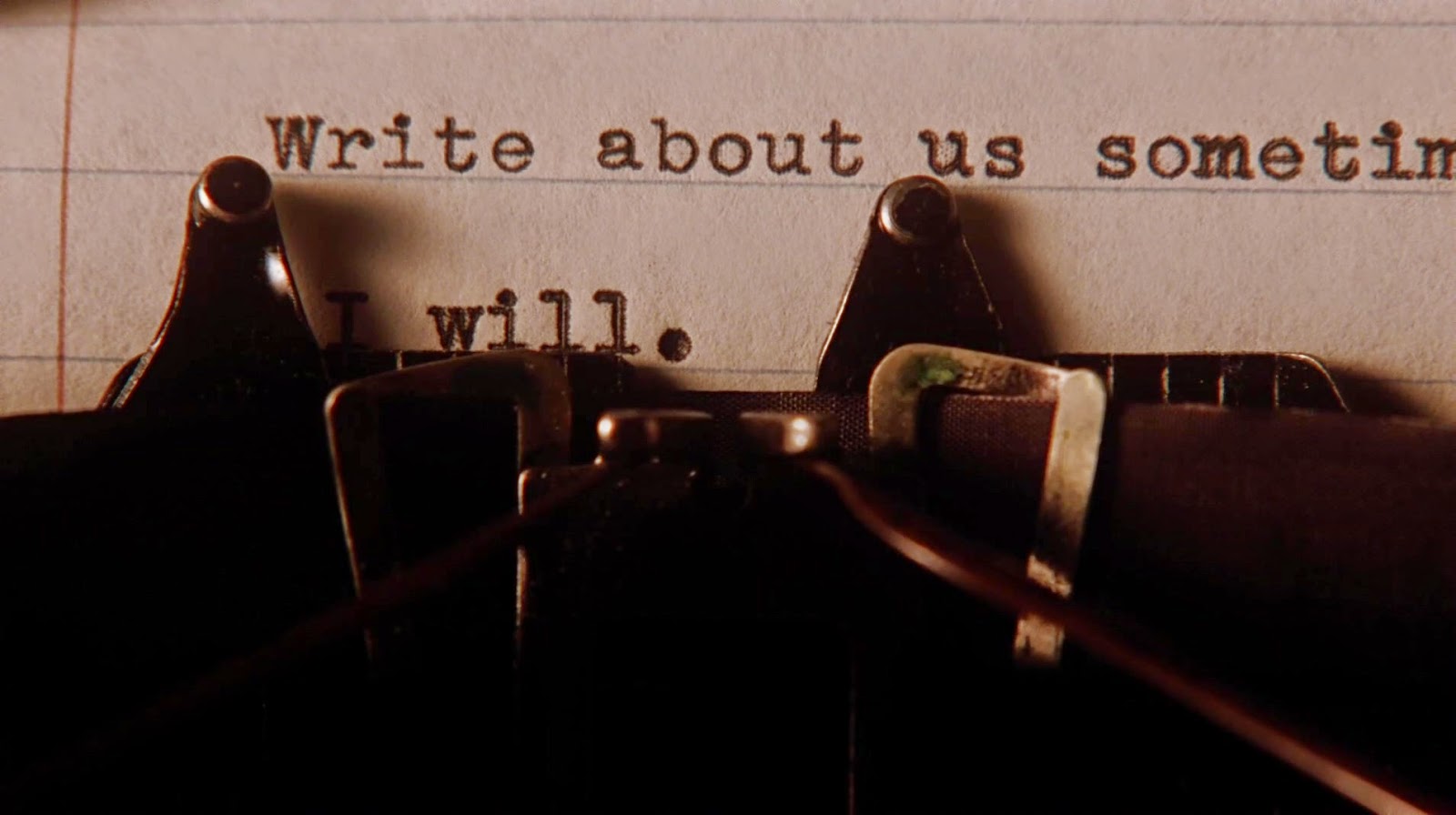 For me, The Perks of Being a Wallflower is a masterpiece because it is a labor of love. Novelists never get to take their own material and become screenwriters AND directors. That Chbosky was given this opportunity makes it that much better. A troubled young man's seemingly damned freshmen year becomes the best year of his life. He goes to dances and parties and live performances of The Rocky Horror Picture Show, exchanges Christmas presents, has a first date, a first love, a first girlfriend, a first kiss, reads great literature provided by a caring, charming, and just plain sweet English teacher (Paul Rudd) and ends up getting a taste of what life has to offer and what they future may hold. That last half hour of this movie contains revelations that will shock anyone, and then it comes back around with doses of love straight to your heart. At the end of this movie, I felt haunted...and healed.