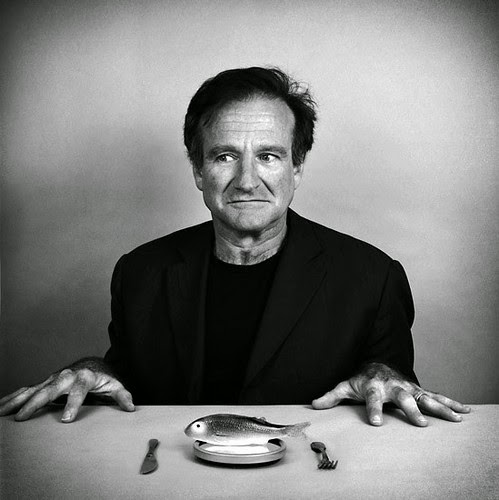 My wife, Amanda, and I decided we would get Mexican for dinner and found ourselves at Clinton, Tennessee's own, Los Caballeros (always good).

Toward the end of the meal, Amanda got an alert on her phone.

Once again this year, the world has lost one of its great, modern actors. In February, we were shocked by the untimely death of actor Philip Seymour Hoffman.

Now Robin Williams is gone, another victim of depression.

My mother shared an article from Yahoo! News on Facebook today featuring a quote from Williams on the subject of depression. In the article, Williams describes this horrible disease as insidious. “It’s just there,” he said, “it waits.” How starkly true, especially to those who have battled it

When tragedy hits the news, I try my best to find any possible silver lining. Everyone will miss Robin Williams, that brilliant funnyman, master of impersonations and accents, dramatic actor extraordinaire

His death is tragic. The positive is that there is so much to look back on…and cherish.

Here are five Williams roles that impacted my life: 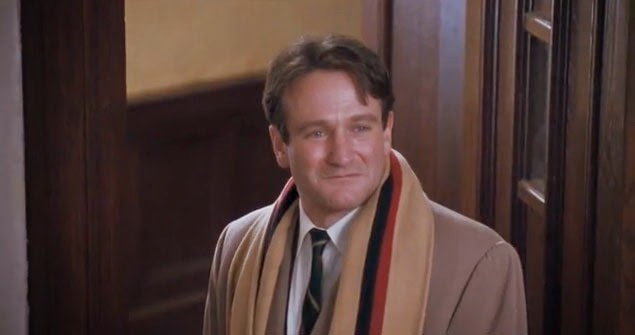 As John Keating in Peter Weir’s “Dead Poets Society” (1989), Williams inspired us and his group of repressed teenage boys at a 1950s New England prep school. “Carpe diem!” he told them. “Seize the day. Make your lives extraordinary.” 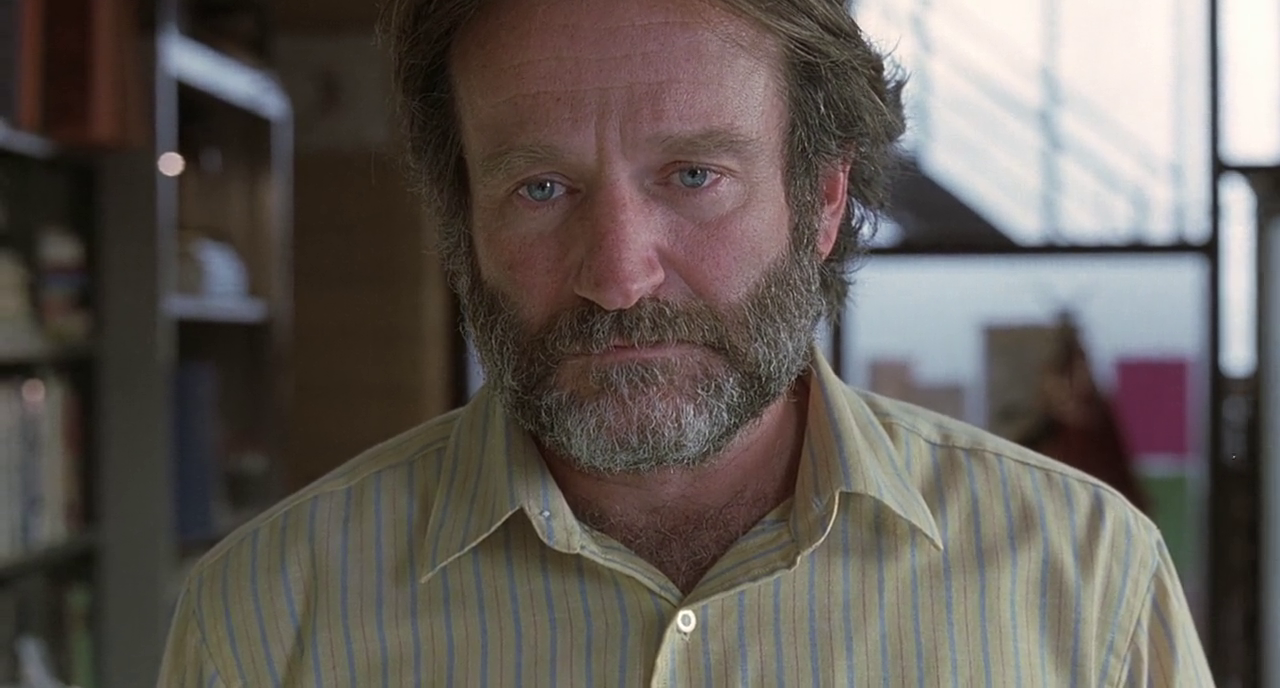 As Sean Maguire in Gus Van Sant’s “Good Will Hunting” (1997), Williams proved that he could seriously do drama and even win an Oscar. With tough love and true spirit, Maguire took a damaged boy genius (Matt Damon) and turned him into a man truly capable of anything. 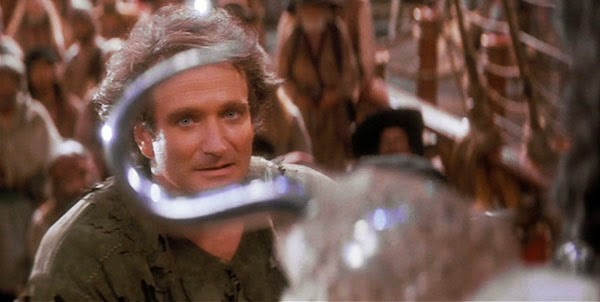 As a grown Peter Pan in Steven Spielberg’s “Hook” (1991), Williams took a childhood character and turned him into a grown-up legend. He helped us find the Lost Boy in all of us. 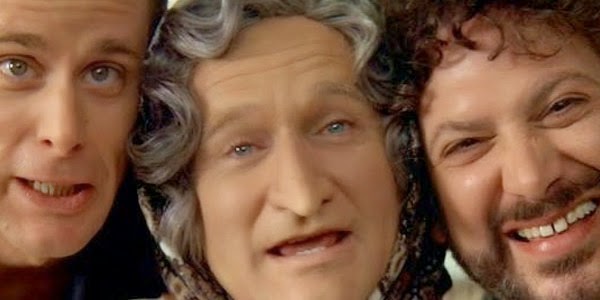 As a divorced father-turned-nanny in Chris Columbus’ “Mrs. Doubtfire” (1993), Williams showed us that he could dress as a woman and still charm us, teach us, and be a perfect example of a loving father. 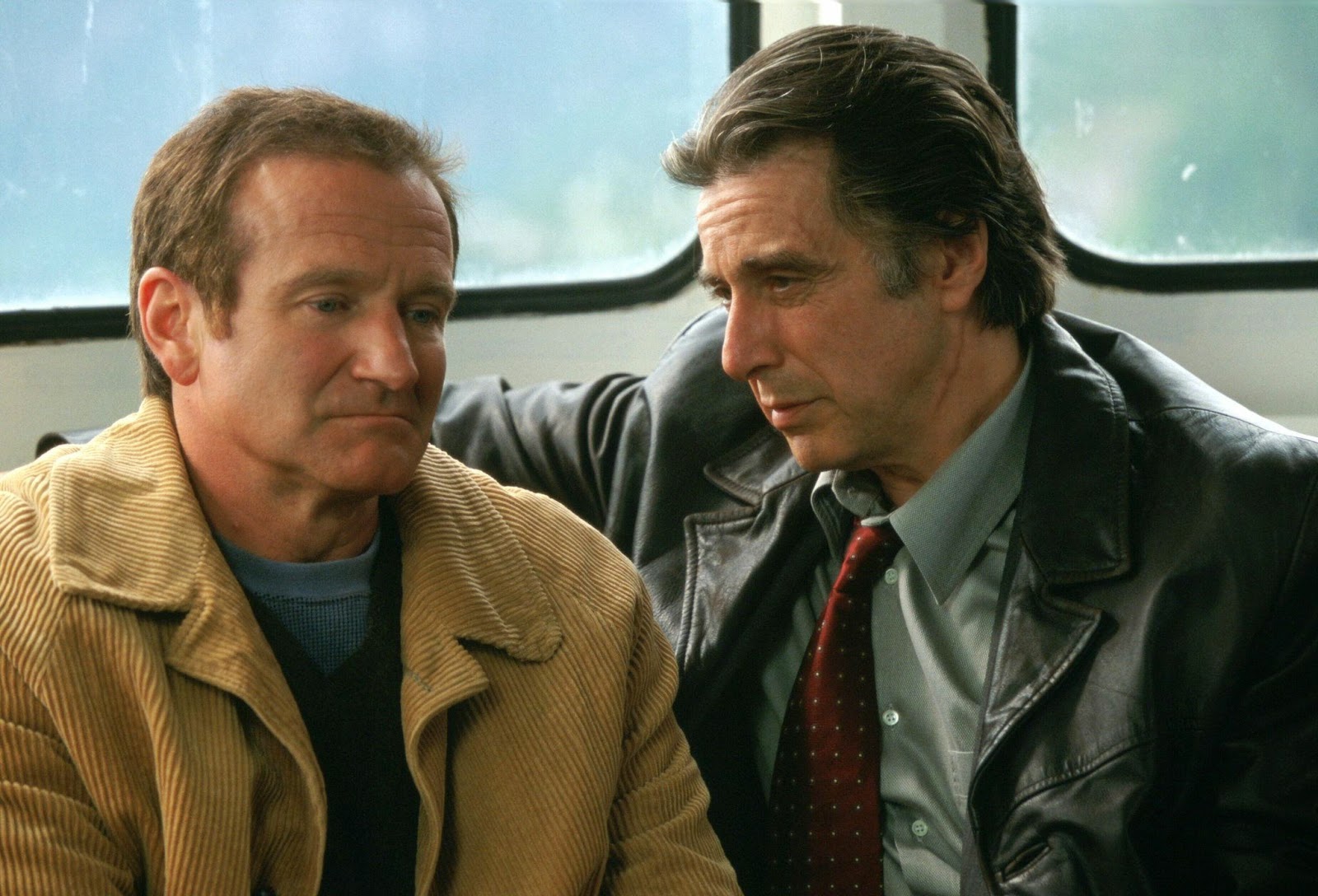 As a writer-turned-killer Walter Finch in Christopher Nolan’s “Insomnia” (2002), Williams proved that he could chill us to the bone in a tale of mystery and murder in the Alaskan land of the midnight sun.

Yes. Robin Williams has taken leave of this world too soon, and under tragic circumstances. But he lives on in our memories, our hearts, and on our screens… forever.

Note: I wrote this on Tuesday. Haven't had a chance to post until today.

Email ThisBlogThis!Share to TwitterShare to FacebookShare to Pinterest
Labels: For the Courier News, In Memoriam