And the saint goes marching in... 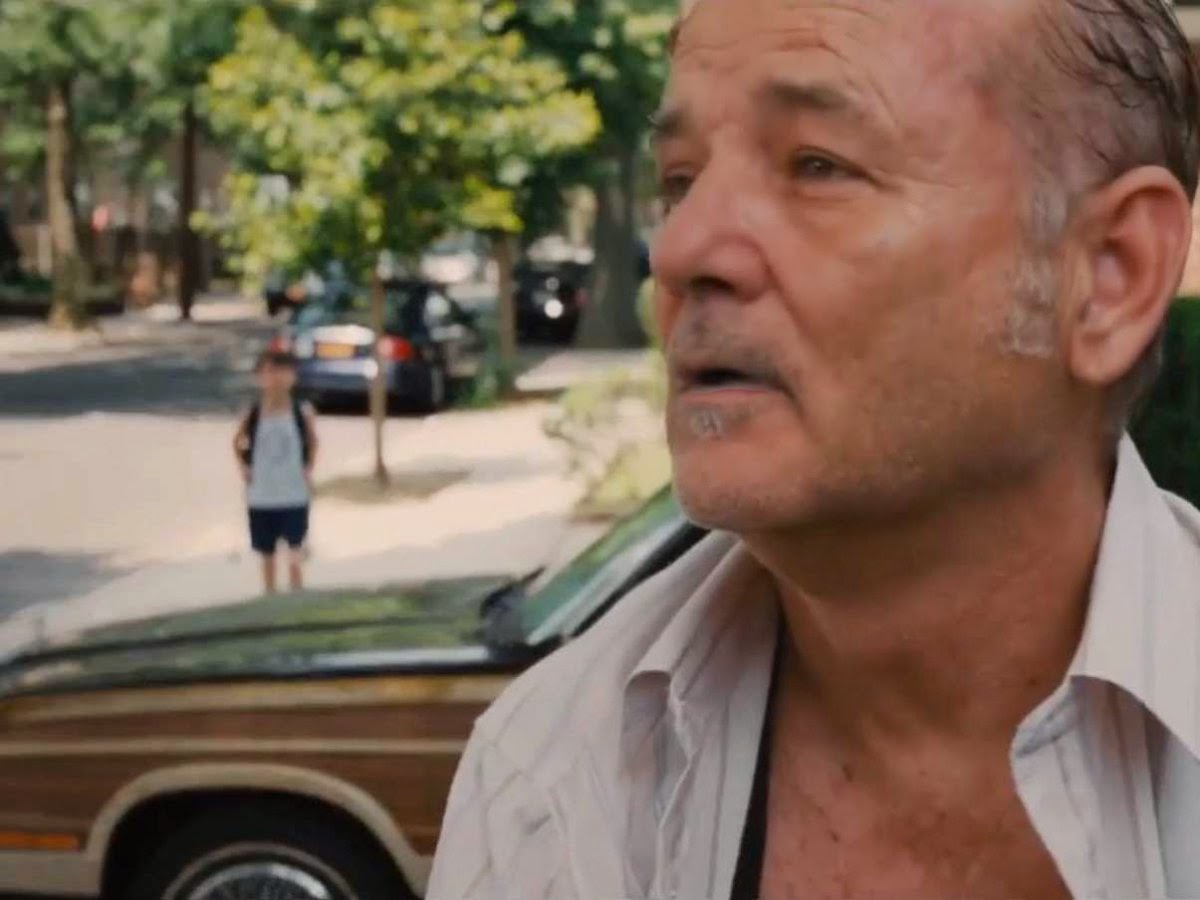 Sometimes you expect a little and get a lot. Rarely do I see a movie that fills me so fully with hope and joy and love. The debut feature from writer/director Theodore Melfi did that to me last Sunday afternoon. The movie is an all-out crowd pleaser starring the great Bill Murray in one of his best roles. “St. Vincent” is its name. Unexpectedly, it is my current favorite movie of the year.

Movies like “St. Vincent” set out to please the audience. The plot is obvious. You can see the end coming a mile away, but it’s a journey that is so well-made, so much fun, so touching, often heartbreaking, that we can’t fault it for that. It wants us to love it, so we do.
To know the title character, Vincent, or Vin (as they call him), is to…well, nobody really knows Vin. He lives alone in a broken down house in Brooklyn. He drinks way too much. He smokes. He gambles away whatever he gets.

The opening sequence of the film sets this up. We see his life, his routine. Get up, drink, smoke, drink more, feed his cat (which is all he has in the way of food), enjoy a visit from Daka, a great Naomi Watts as a pregnant Russian “lady of the night” complete with thick accent, pass out (violently), repeat. That’s about it.
Enter Maggie (Melissa McCarthy), his new next-door neighbor, and her son, Oliver (newcomer Jaeden Lieberher).  Maggie is going through a divorce and forced to work full-time (even over-time) to support the growing preteen. The father is suing for custody, so there’s that as well.
Oliver is small for his age, and, at his new private Catholic school, there, of course, is room for bullying. The normal name-calling and gym class taunts. His teacher (Chris O’Dowd) is that classic sarcastic, seen-it-all-before guy. He teaches them mostly about the saints. 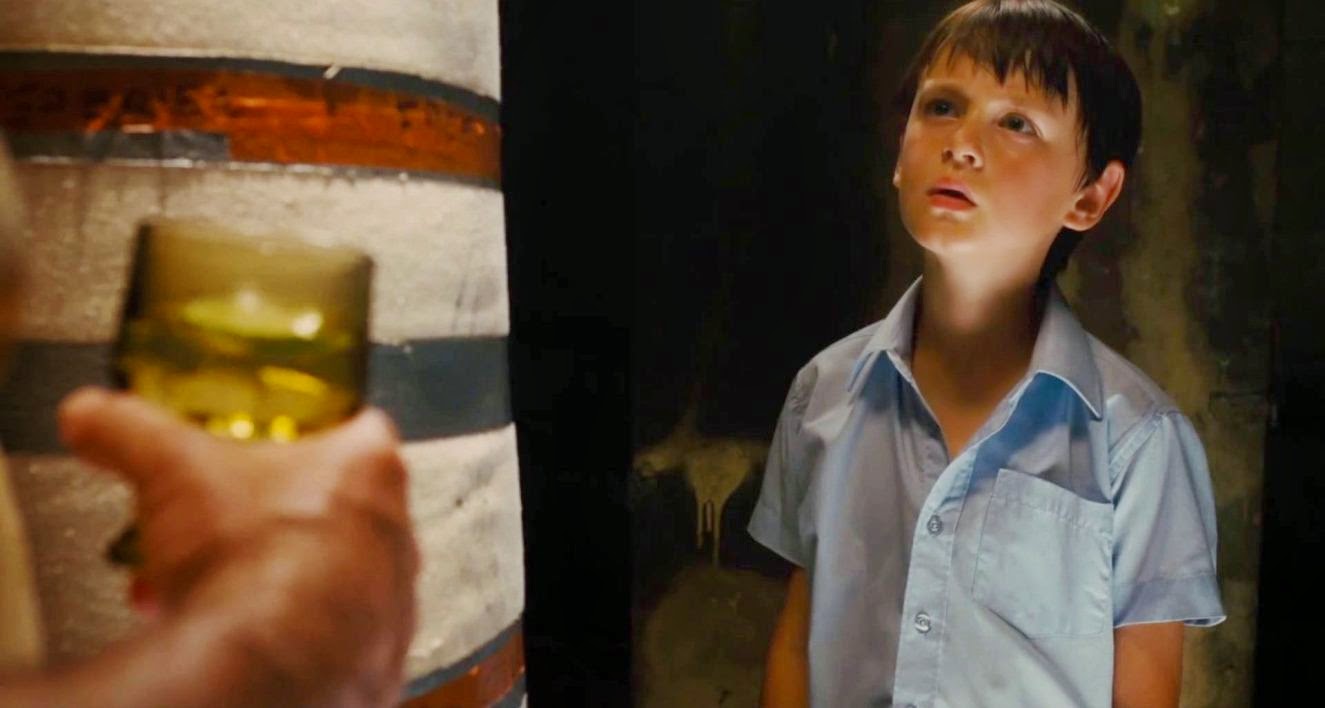 As the movie plays out, we get to delve slowly, but ever deeper into the life of Vincent. Apart from his drinking, he has a bit of a money problem, not helped by the fact that he keeps a second home at the horse track where he’s hounded by a bookie played by Terrence Howard. When Maggie starts working later shift, Oliver needs a babysitter. Vincent steps in. He can of course use the money. You can see where this is going. Old Man and Little Boy visit the local bar, the horse track, and other unsavory places yet bond and learn life lessons from each other, and it’s all very sweet. FACT. What you can’t see is just how well this age-old story is told. This, to quote critic Brian Tallerico, is “well-made cheese.” What’s wrong with that?

Bill Murray has almost never been better. This time, he gets to command the screen as star. He must have relished the opportunity to put on a thick Brooklyn accent and play around with a fine, young actor in Lieberher. Their chemistry is palpable and just plain fun.Likewise, he is good alongside McCarthy, known mostly for her heavily loud performances in movies like “Bridesmaids” and this year’s “Tammy.” She is delightfully human here, more subdued, the straight man. The appearance of Naomi Watts as Daka work as well. She is funny and fits right into the odd, little world of Vincent, and with Maggie and young Oliver in a couple of scenes that are just right.

As Vincent, Murray gets to explore a dark side, a comedic side, and a dramatic side. It is a full performance from one our greatest actors. Throughout “St. Vincent,” there are shockingly tragic, yet beautiful developments that are perfectly placed and that I won’t even hint at. Just do yourself a favor and see it, let it fill you to the brim as it did me.

Theodore Melfi has made a surprising little gem with “St. Vincent.” It will hit you right in the gut and never leave you hanging. From the opening scene to the closing credits, you will find yourself smiling, laughing, feeling.

It is a movie, in the end, about appreciating the people who end up meaning the most to you. The people who go out of their way to make other’s lives better, even if it seems they are trying so hard not to. It reminds us to look around sometime at the people around us. Do this. You’ll be surprised how many saints are marching alongside us.