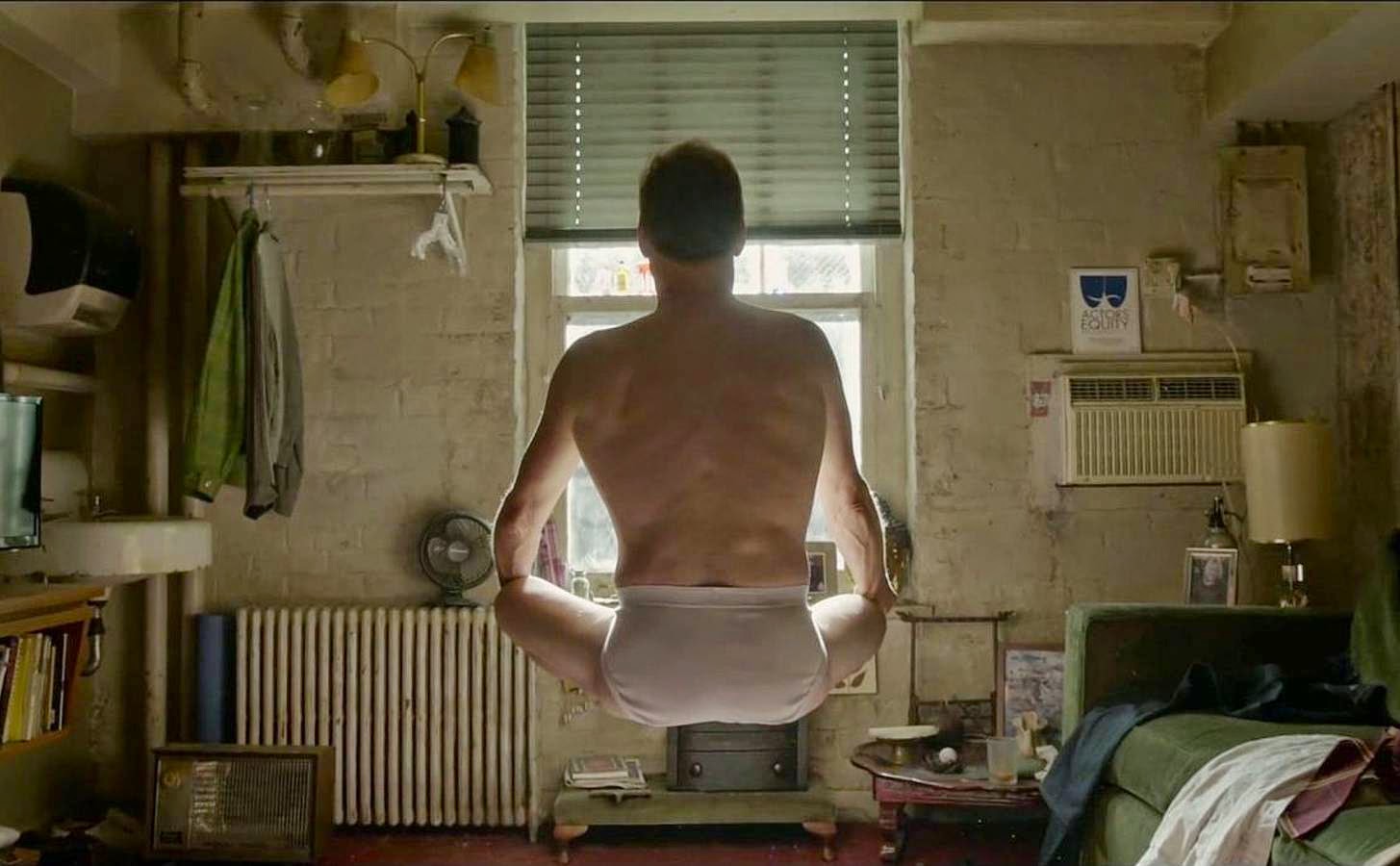 In “Birdman,” (see awesome full title above) Michael Keaton plays an actor named Riggan Thompson, once known for playing the title character in a superhero franchise. It has been around 20 years since he last donned the superhero suit. Sounds familiar, right?
We see Riggan in the first shot of the film, directed by master filmmaker Alejandro González Iñárritu. He is in a dressing room, meditating in his tighty-whities, cross-legged. He is suspended two feet in the air. (You read that right.) This first shot extends through this scene and out of it and into a narrow hallway and down some stairs and into a theater where stage actors are rehearsing a scene from a play, a new play adapted by Riggan, directed by Riggan, and starring Riggan. Over the next nearly two hours, the camera never cuts, or at least it seems to never cut.
What would it be like to be inside the mind of a washed-up action star? That’s what Iñárritu wishes to find out.

On one level, he does it through an inner-monologue in voiceover. Riggan, it seems, has an alter-ego in Birdman himself. Birdman is his ultimate voice of reason, motivator, and, throughout the film, there are several instances of pure mania as Riggan battles, mentally and physically, with himself. On yet another level, he employs the audience to suspend disbelief and gives Riggan superhuman powers (see: Levitation and Telekinesis). This is incredibly befuddling and exciting at the same time. Then, of course, there’s the visual aspect of never cutting the camera. The story just flows one scene into the next as Riggan navigates his own demons while crossing into those of the other characters. 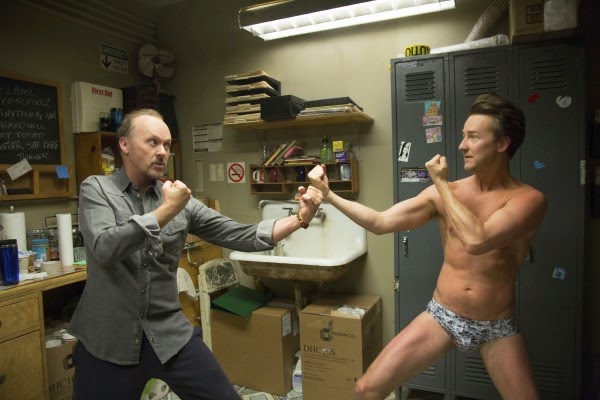 By now, you’re probably thinking that this movie seems weird, and you would be right. But why let that deter you? This is one of the most original movies ever made.

Put simply, it is about Riggan and the actors in his play, an adaptation of the Raymond Carver short story “What We Talk About When We Talk About Love,” leading up to opening night. It is about acting, stage vs. screen. It is about artistic integrity. It is about a man in a blackly comic life crisis as he tries to mount a comeback. He wants to be believed as a true actor, a true talent.
He walks through this long one-shot of a movie alongside his nervously intense manager, Jake (an against type Zach Galifianakis); his daughter and assistant, Sam (an incredible Emma Stone), who is battling a recent episode in drug rehab; his new co-star, Mike Shiner (Edward Norton), a New York theater star full of “method” and arrogance; leading lady, Lesley (Naomi Watts), who is also Mike’s girlfriend; and his sort-of girlfriend, Laura (Andrea Riseborough). Riggan’s first scene with Laura is alone worth the price of admission. 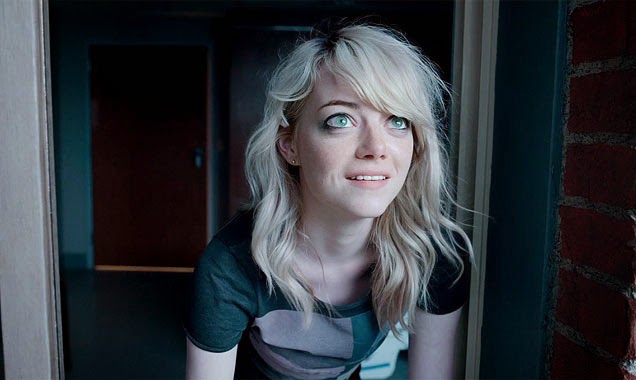 Michael Keaton has never been better as an actor. Few filmmakers seem to give him a chance, or maybe he’s been holding out for something like this. Either way, this is a comeback role surely to win him an Oscar nomination. Fitting that the movie is about a mounted comeback. Such is the cleverness of “Birdman.” Just another of its countless charms.

Likewise, Edward Norton has never been better. He is cocky and charmingly self-centered. His scenes with Keaton are some of the finest I’ve seen between two actors. They bicker and fight and create some of the biggest laughs I’ve experienced at the movies this year.

Director Iñárritu and cinematographer Emmanuel Lubezki (last year’s Oscar winner for “Gravity”) have crafted one of the most original-looking movies ever. The camera rarely stops moving and never cuts, even when night turns into day. A jazzy drum score by Antonio Sanchez plays in the background marking the frenetic tone the movie so joyously presents. It is just so much fun to watch, to be a part of, for that is its winning sensation. 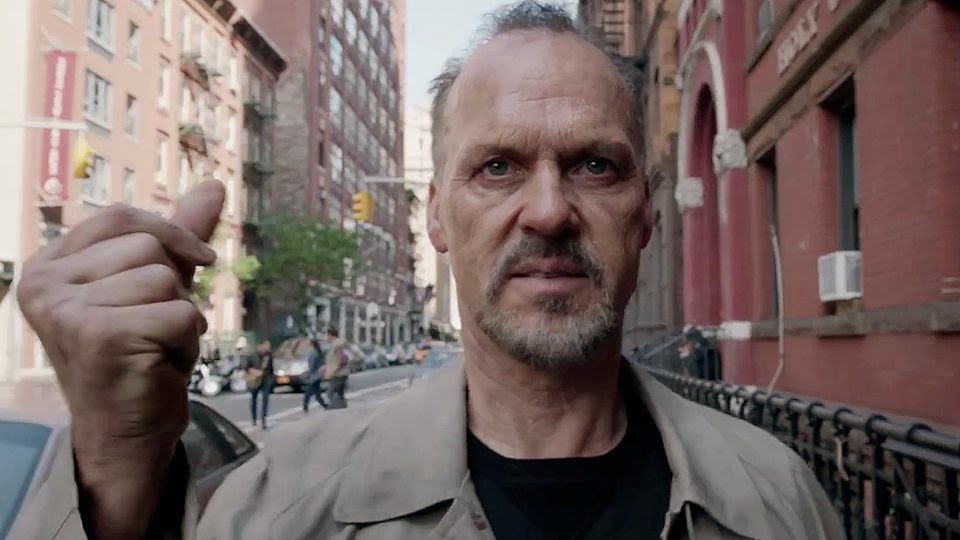 I have never been too big a fan or Iñárritu. A Mexican filmmaker who burst onto the scene with the out-of-order tale of loss in “Amores Perros” (2000), I never latched onto any of his other movies past an initial viewing, including the brutally depressing “21 Grams” (2003) with Sean Penn and Naomi Watts and the equally depressing “Babel” (2006) starring Brad Pitt.

What “Birdman” has is what all of his other films don’t. It puts on display his ability to use interesting visual tricks in a linear and darkly comic, supremely fun way. I applaud him for that. This is his crowning achievement and another on my list of the best movies of the year.