When I Was Thirty: The Lord of the Rings Extended Edition 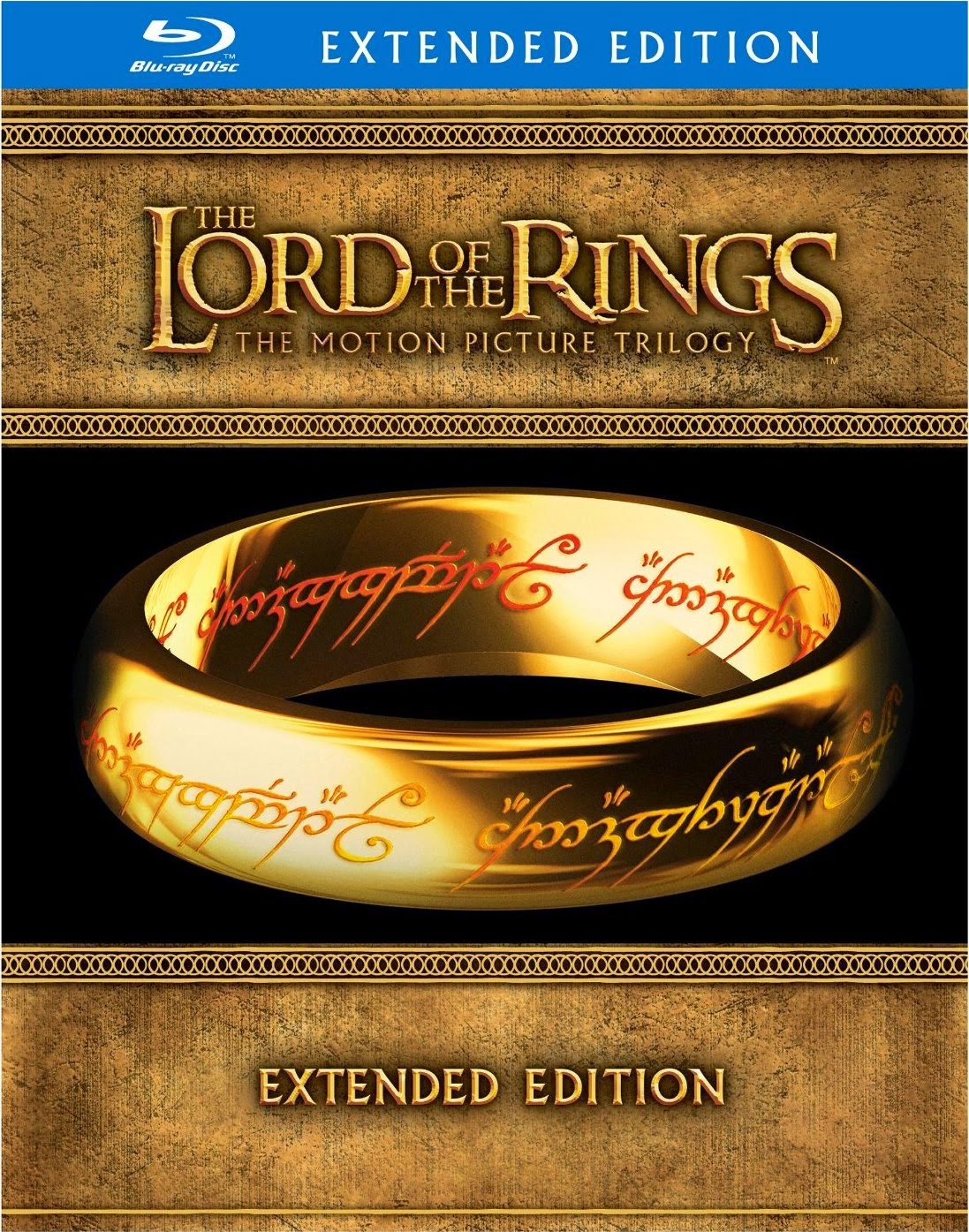 Now, this one, the first watch from my twenty-tenth birthday gift of triliogies haul, is a doozie. Peter Jackson's epic adaptation of J.R.R. Tolkien's masterwork hit huge with audience and critics alike (as well as Academy Award voters) over three consecutive years (2001, 2002, 2003). The final film, "The Return of the King," swept the Oscars (minus the acting, which is certainly lackluster), but I feel these awards, looking back, were well-deserved. Watching this trilogy again, for the first time in their final extended cuts, was rewarding and often spellbinding. You often find yourself wondering…How the hell did he do it?

Luckily, this 15-disc Blu-Ray set, tells you the answer and then some. Here's a rundown of the three films, their pros and cons, and a few words about some of the special features: 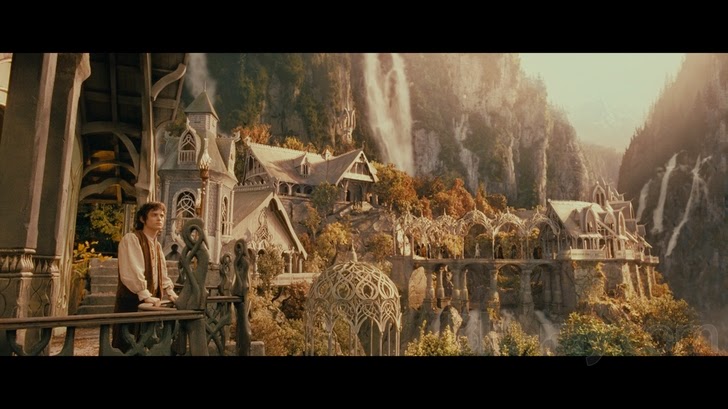 This one has always been my favorite. I enjoy the exposition in this epic story much more than the battle sequences. The first installment has everything in lighter doses, which makes it work much more for me.

Most of the noticeable differences between the extended version and the original theatrical version come in the beginning. Here we get much more of The Shire. To begin, of course, Jackson illustrates the thousand year backstory leading up to the events of Bilbo Baggins (Ian Holm) finding "The One Ring a.k.a. The Ring of Power." This scene remained pretty much as I remembered it. The beautiful voiceover narration by Cate Blanchett (who co-stars as the Elvin Queen, Galadriel), Jackson's style and special effects/CGI mastery, and Howard Shore's beautiful score are all set-up here along with the important exposition for those unfamiliar with the story. The real changes come in with Gandalf the Grey's (Ian McKellen) visit to The Shire, the land of the Hobbits. We get a much longer and even more humorous introduction to simple, jolly Hobbit life, including more characters and beautiful shots of one of the finest natural sets ever created.

Nothing about this one seems out of place, despite being about a 45 minutes longer. Well worth seeing. 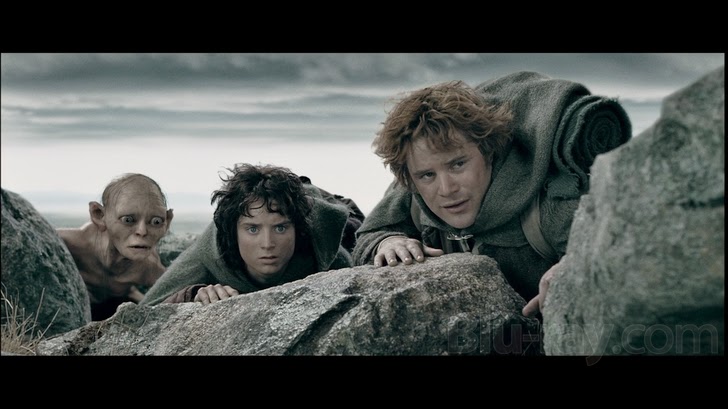 This one received most of its well-deserved praise upon initial release due to the revolutionary creation of the creature, Gollum (played with motion-capture sensors by Andy Serkis). As "guide" to Frodo (Elijah Wood) and Sam-Wise (Sean Astin) on their trek to Mordor, where "The One Ring" is to be destroyed, he is the most interesting character of the trilogy. It is with this one that he is first introduced and gets quite a bit of screen time.

Being not as familiar with this one than the first, I didn't notice as many differences. In fact, most of the extended time is not completely new scenes but just old scenes made longer with footage originally taken out. Where The Fellowship of the Ring focuses more on Hobbits and Elves, The Two Towers spends a great deal of time with Men as rightful heir to the throne of Man, Aragorn (Viggo Mortensen), Elvin archer and badass, Legalus (Orlando Bloom), and axe-wielding dwarf, Gimli (John Rhys-Davies) make their way into the Kingdom of Rohan, where the wizard Saruman (Christopher Lee) has taken control of the mind of its leader, Theoden (Bernard Hill). The final battle at Helm's Deep is magnificent if way long, and the special effects are awe-inducing once again.

Again, nothing seems out of place here. The extra running time well worth it. This one is the one that won all the Oscars. I said earlier that they were deserved. It's obvious to me, though, that they were awards for the entire trilogy and not this one movie. It is my least favorite, and, in my opinion, way too long to begin with. I mean…how many endings does a movie need?

This is the one I was least familiar with, so the changes and extensions were mostly welcome, and I didn't notice much. This film, of course, brings all the pieces back together. All the creatures and beings of Middle Earth brought together to do one final battle at Minas Tirith, palace fortress of Gondor. The huge, towering elephant hordes, an army of Ghost Kings, and all the Orcs, Elves, Men, and, even a few Hobbits, get their sword and arrow on for an hour of running time at least.

While it's not my favorite of the trilogy, it does happen to have the most powerful moment of the three. This comes with the first of the many endings, the coronation of Aragorn, and the paying of respect by all Men to the Hobbits. I tear up every time, then I watch for 15 more minutes, at least, as every single little loose end is tied and tied again.

Also, there is one scene here that is completely out of place. It was way noticeable and didn't work for me at all. It is a scene depicting the evil wizard Saruman's death. It looks horrible. The acting is laughably bad. And even the special effects are weak (Saruman at the top of his tower looking down, daytime, and he has a conversation with Gandalf and a few of the others at like a normal volume). It is just silly, obviously thrown together and totally unnecessary. 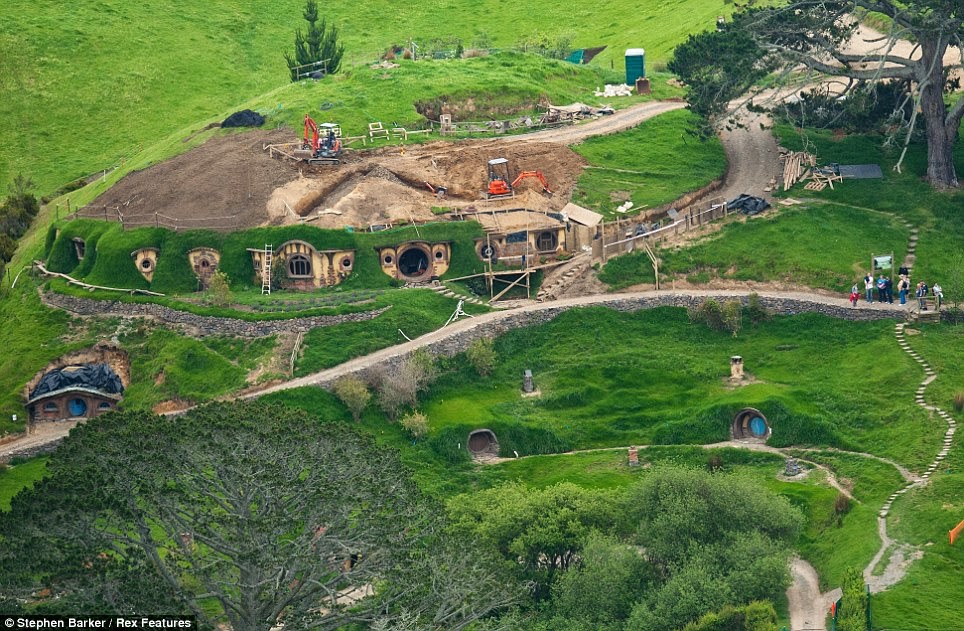 Goodness gracious! If there is ever a reason to own a Blu-Ray box set, it is the special features and supplementals in this set.

So far, I've watched only the first two of three discs for Fellowship. The first bonus disc opens with a biography of Tolkien himself, then shifts into the entire history of getting this film made, the pre-production process, designing, scouting, planning, rehearsing, storyboarding, casting, filming, on and on and on. It is rich and amazing to watch! You do truly get to see how it's done.

I can't wait to get into the extras on the others as well.

There is also a booklet with maps of the special features and lists of the scenes with asterisks telling you which scenes are extended or totally new. That was extremely helpful. 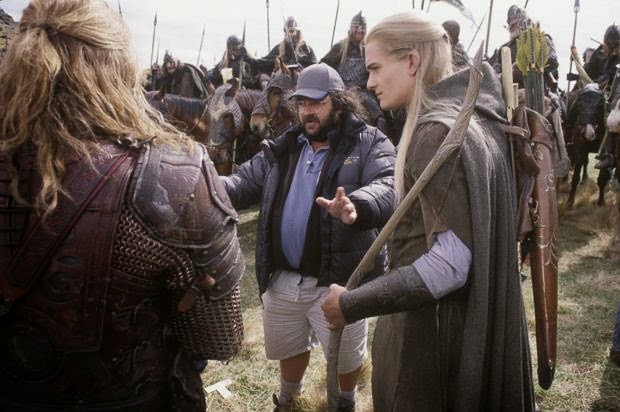 Perhaps the best thing about the Blu-Ray set is that it actually does answer the question…How did they do it? The special features are the reason to get this. Peter Jackson is well-known for documenting everything. Throughout the filming of The Hobbit, he released production videos on You Tube, etc. It is so fascinating to watch a visual genius at work.

While his movies are not too concerned with high-level acting or lasting emotional impact, they are incredible achievements in film as entertainment. They don't dumb anything down for the audience, although they might seem to at times. Finally, they are just beautiful to look at, especially in the non-battle sequences where heroes are seen in huge wide open shots in beautiful locations with that towering score underneath.

While this is most certainly a box-set for die hard Middle Earth junkies, I say even the more moderate fans would enjoy this. They are beautiful transfers, perfectly clear and crisp, boasting, most notably, new color timing, giving them a gorgeous finish. Yet, for the sake of the second two films, I wish there was an option for the original theatrical cut, to be honest, but, even so, they call it the "Extended Edition" for a reason.

There is a huge set out there with both versions, but that would just be overkill. This version was expensive enough at somewhere near $75.

I had fun watching these again. My wife loves them, and it was a good way to spend a lot of time together. A lot of time. Probably 15 hours of viewing after the special features. And I'd say theres still another 12 or so in the extras we haven't watched. It will be a life goal. Much like Tolkien's writing of the epic itself.

Email ThisBlogThis!Share to TwitterShare to FacebookShare to Pinterest
Labels: Home Media, Oscars, When I Was Thirty