Modern Love and the City 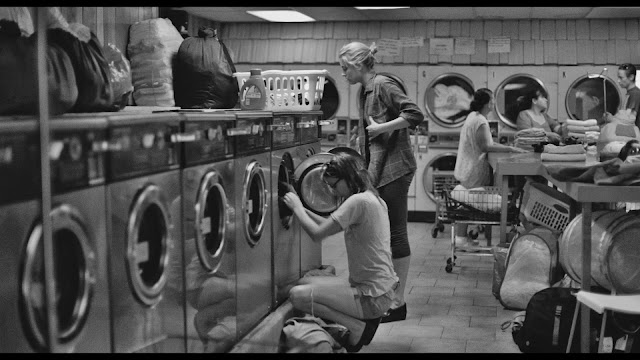 An Essay in Words and Images
by Kevin Powers

Noah Baumbach's movies just seem to get better as he gets older. Of course, they aren't far apart from each other in brilliance. I think all of his movies are great, yet I've never seen one...his last and only other one with Greta Gerwig...Greenberg. I will watch that one soon. I blind bought the DVD, and it's on Netflix. There's literally nothing stopping me.

Frances Ha is Noah Baumbach's finest work as a director. I know that. 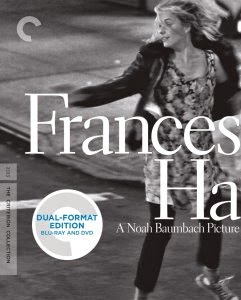 
Written by Baumbach and Greta Gerwig

Greta Gerwig carries an unconventional beauty that is hard to put your finger on. As co-writer with Baumbach on this film, she gets to play a perfect role. A role clearly written with her in mind. In this way, character and lead actress seem one-in-the-same. That works here.

The title character, Frances, is one of the most likeable movies characters I can recall. At one point, I had to ask my wife (who really dug this flick) why we seem to like her so much. She said, "Because she is just totally who she is." That's true. It's also her comedic flaw. 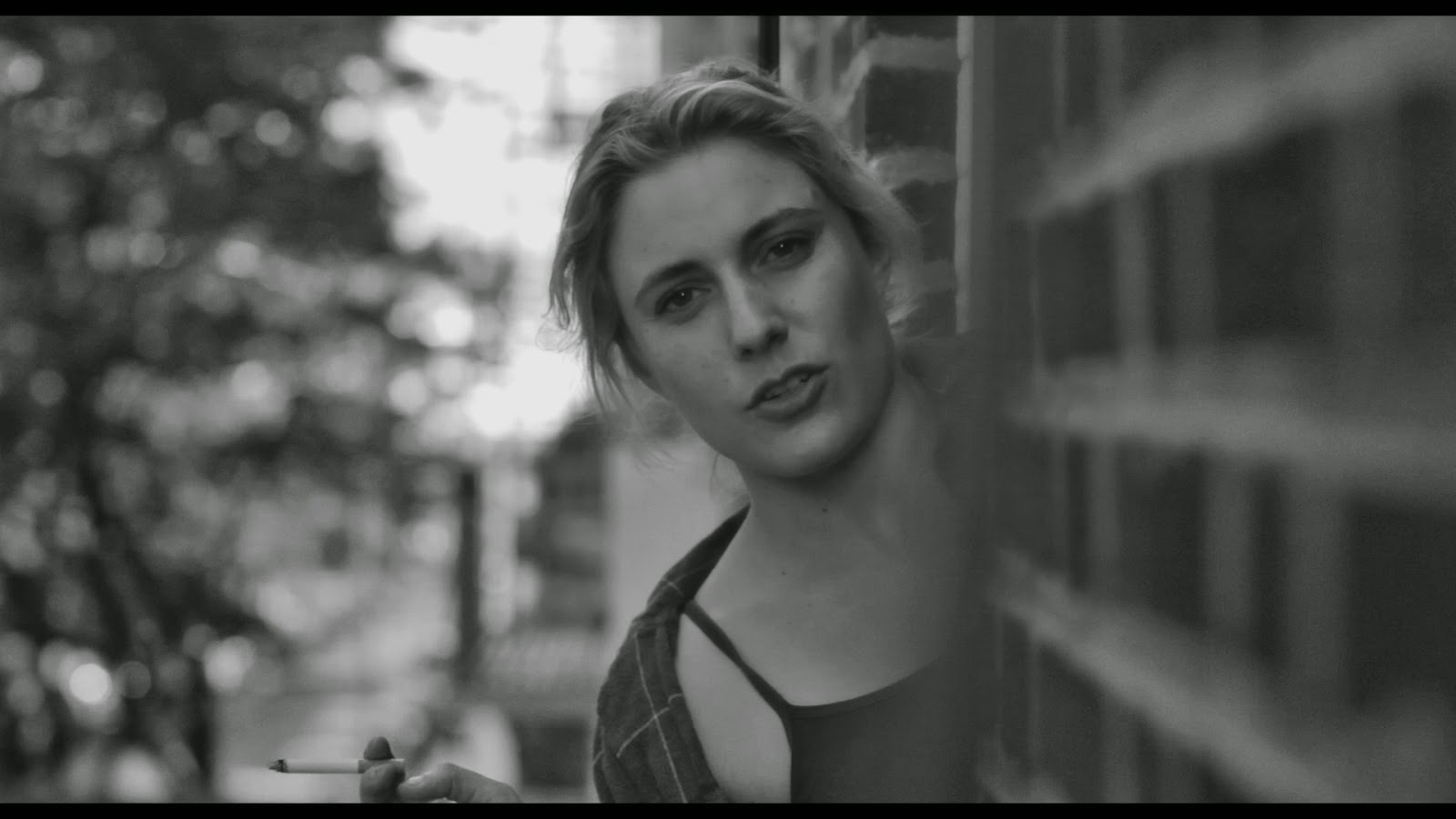 To start, Frances lives in total bliss with her best friend ("we're like the same person," she repeats throughout the film), Sophie (Mickie Sumner). They share an apartment in Brooklyn. They laugh. They play in the park. They eat. They talk, in a beautifully inspired shot, very French New Wave as channeled by Wes Anderson, where Frances and Sophie each lean out of an opened window looking at each other, and smoke. They are besties. They tell each other everything.

Frances dreams of being a modern dancer. She sort-of has a job at a dance studio, where she shadows Rachel (Meryl Streep's daughter, the lovely Grace Gummer) as an understudy. She also teaches a few youth dance classes on the side. It is clear that Frances is not very good, but, in conversations with her boss at the dance studio, Colleen (Charlotte d'Amboise), we understand that Frances may have an aptitude for designing choreography. Frances is stuck on being a dancer. 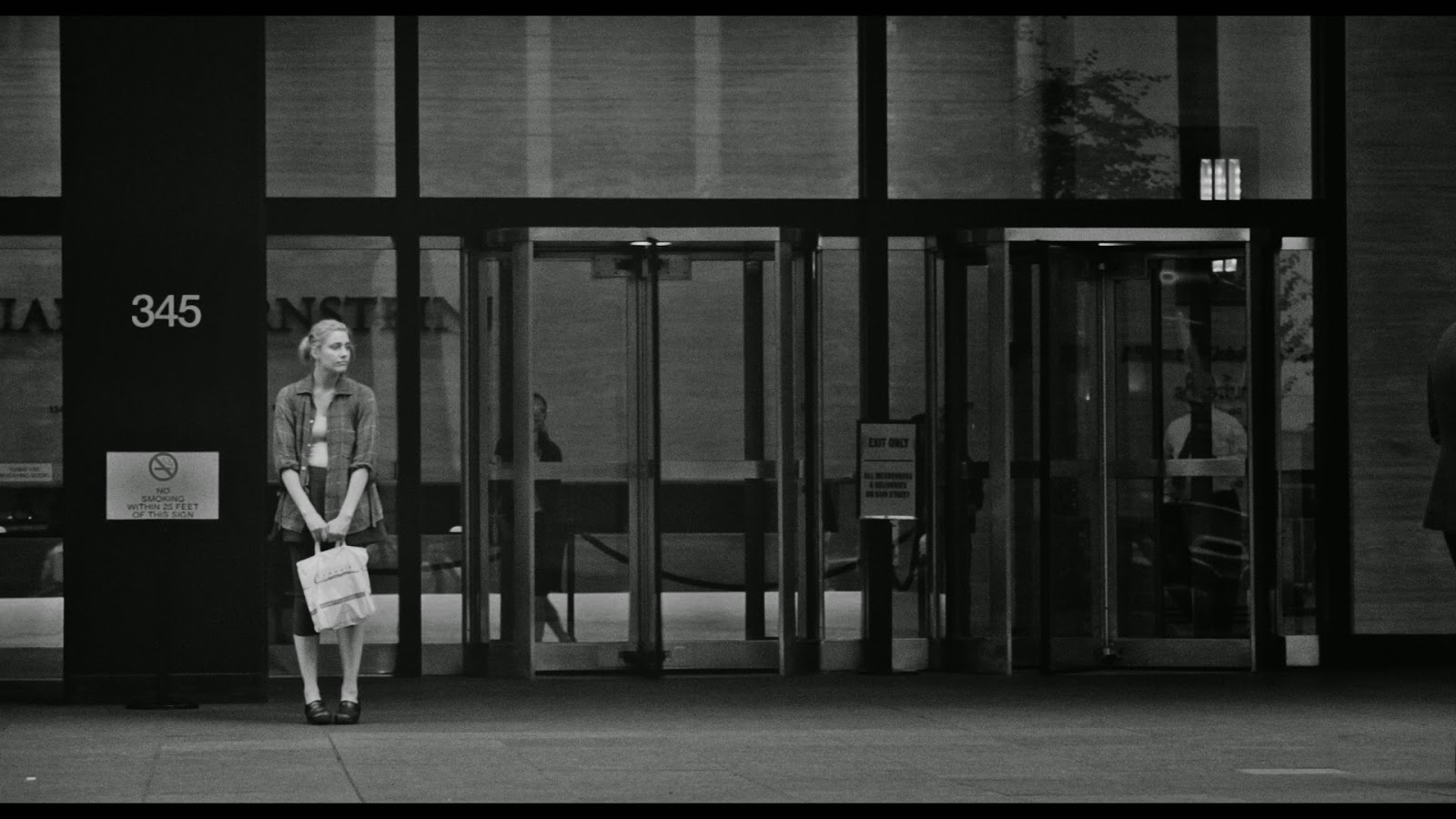 Then, a light downward spiral begins. A light-hearted one. This is a comedy after all. In a hilarious, early scene, Frances breaks up with her current boyfriend, Dan (Micheal Esper), a man willing to buy hairless cats to deal with Frances' cat allergy. Just a sweetheart of a man, who asks her to move in with him. She is so in love with her friendship with Sophie, she turns him down. Then breaks up with him on accident by telling him, "Don't get the cats, now. Because you'll be single with two cats." "I'll be single?" he implores. "You'll have two cats."

This leads her back to Sophie, who, as it turns out, has a new opportunity to share an apartment with another girl in Tribeca. This devastates poor Frances, who then turns to new friends, the spoiled and pretentious, yet charming Lev (Adam Driver of HBO's Girls) and his equally spoiled, yet charming roommate Benji (Michael Zegen of HBO's Boardwalk Empire). They bring Frances right into their show-offy Chinatown apartment. She is happy again. Until... 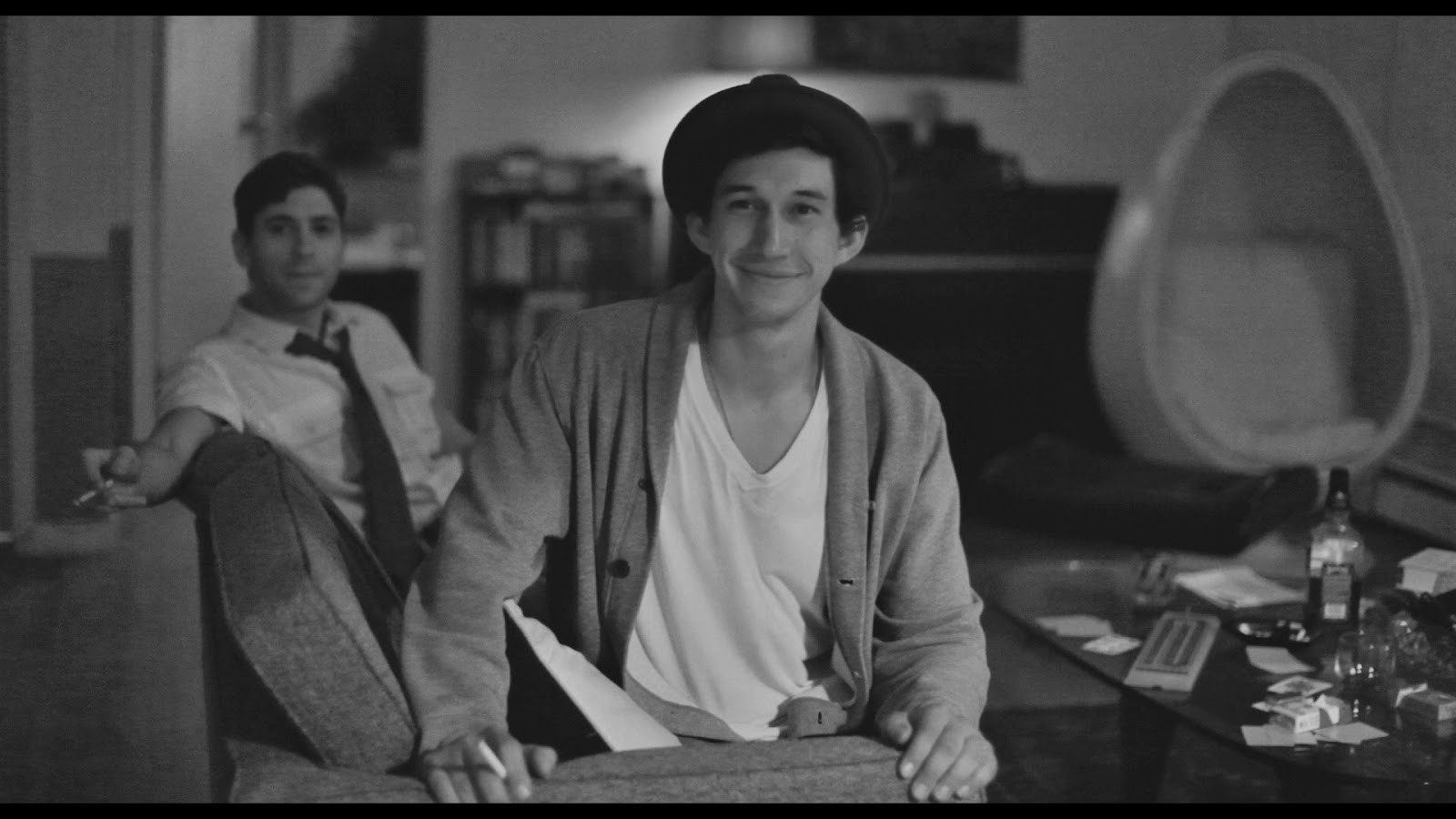 Frances Ha is filled with ups and downs and moves from apartment to apartment. It is much like being in your 20s, which is exactly what it wants to be. Truth:  In this day and age, it is taking longer and longer for college graduates to get where they're eventually going. It's harder to hold onto dreams of being a dancer or a writer or a musician than it ever has been before. I mean, look at the Lev and Benji characters, they are only "artists," as Sophie points out to Frances, because they come from rich families. The woes of the current day twenty-something are at the heart of this film. Its ideas and ideals are/were lived by many, including me.

Noah Baumbach is good with this subject. His first feature, 1995's Kicking and Screaming, is one of the truest movies about that first post-college graduation year out there. It is one of my all-time favorites. Frances Ha in a way picks up where that one left off. Baumbach has now, in no order whatsoever, done high school (The Squid and the Whale), post-college from the male perspective (Kicking and Screaming), post-college from the female perspective (Frances Ha), and middle age (Margot at the Wedding, Greenberg, next year's While We're Young). 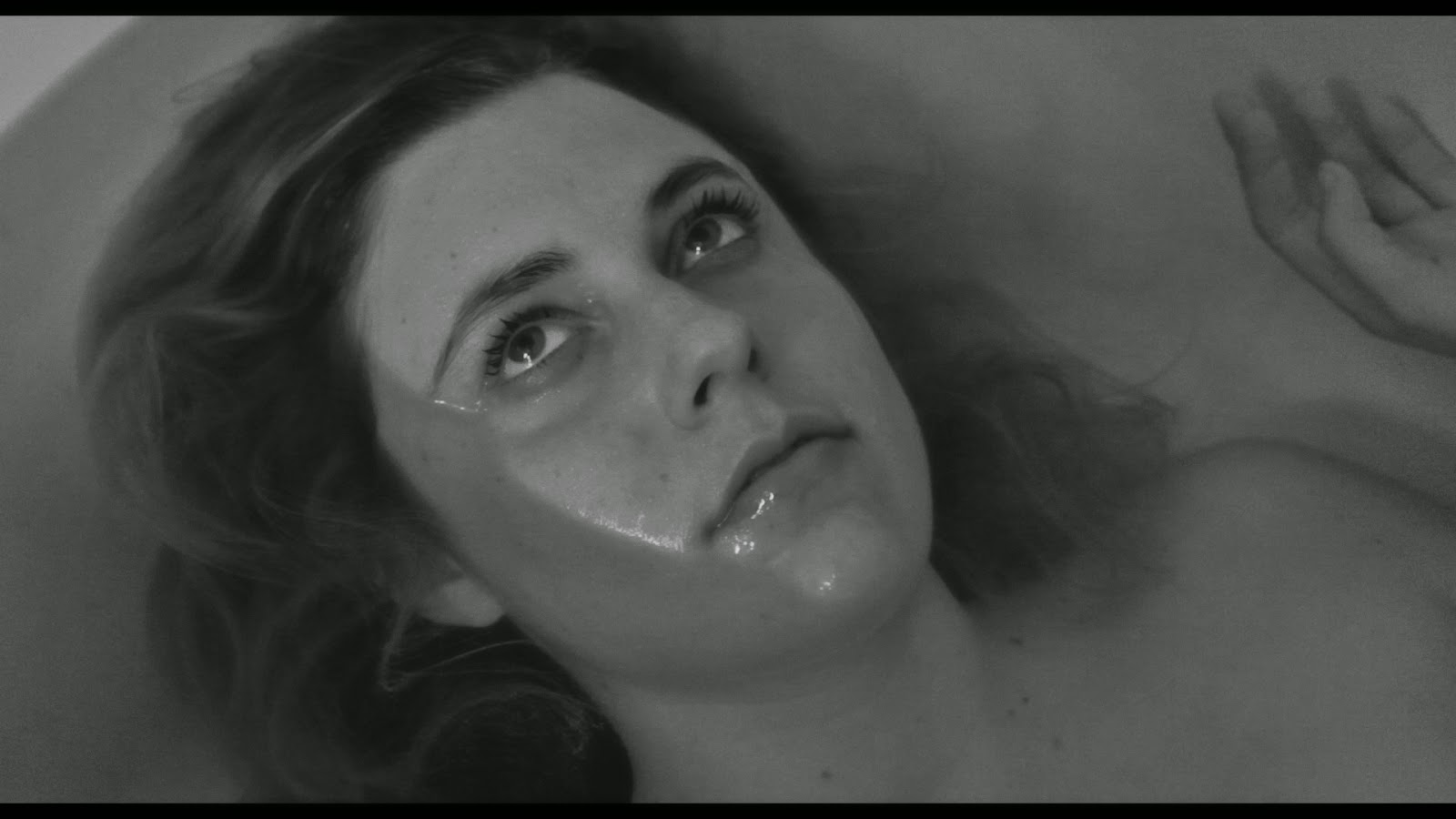 Baumbach writes realistic comedic dialogue brilliantly. Working with Gerwig here as co-writer, he delivers some gems. Frances' acknowledgement of what literature one should read before a trip to Paris is priceless. I LOL'd for an extended amount of time on that one. And, when Benji asks her "Who have you been fucking lately?" Well, please see this movie to find out her reply to that question.

Apart from being an artist with words (dialogue is always brilliantly real in his movies), Baumbach is a visual stylist as well. The decision to shoot Frances Ha in black and white really elevates this movie out of standard "indie film" world and into comedic masterpiece. Baumbach said the choice was to give it "a kind of instant nostalgia." Good call. The look of this film, and its obvious love of New York City, has drawn comparisons to Woody Allen's Manhattan. I would also label it with a French New Wave via Truffaut sort of feel, especially in its edits and pacing. 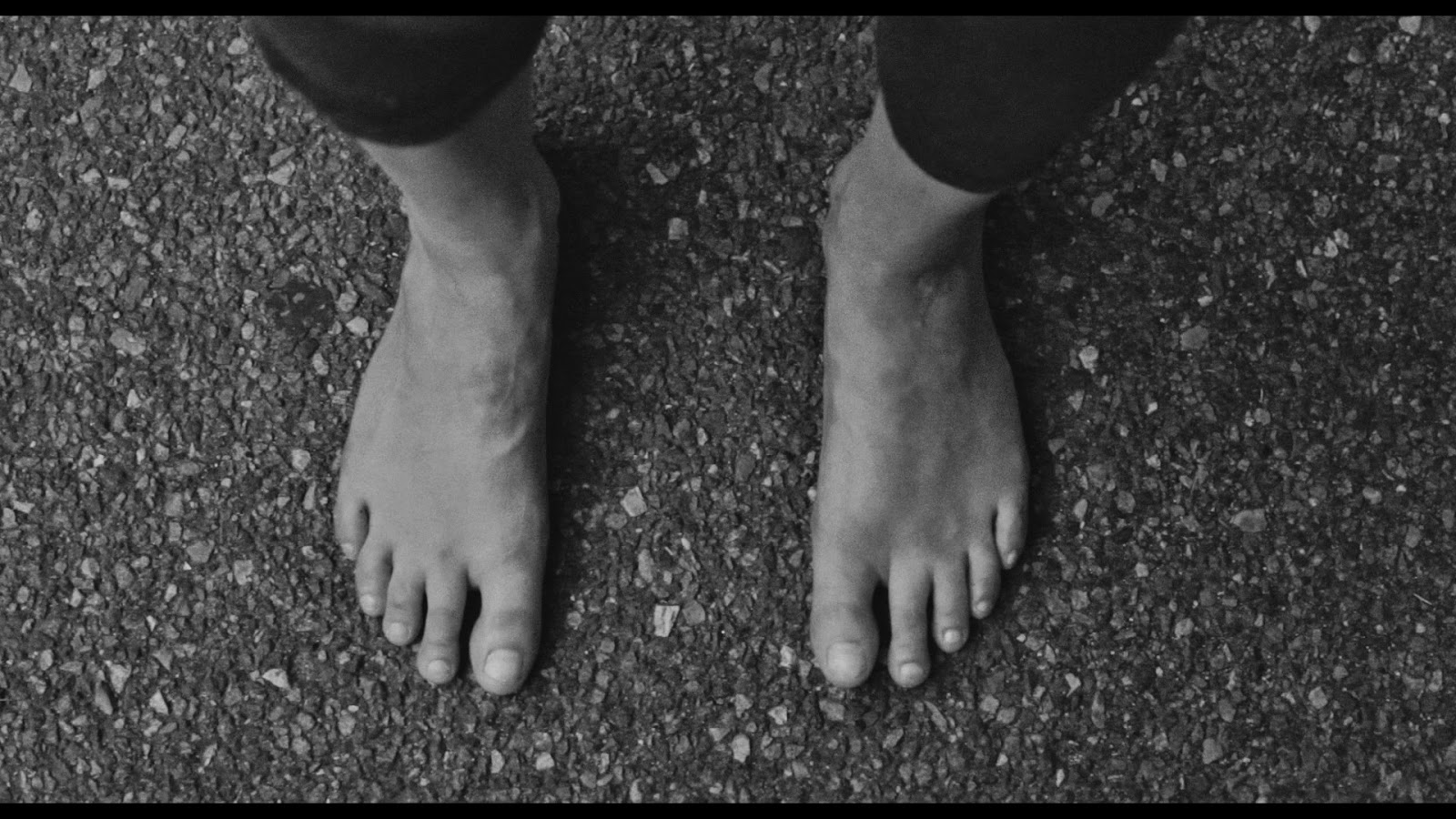 One more thing:  David Bowie's 1983 hit "Modern Love" has been used in the movies before. Never has it been used in such an inspired way as it is in Noah Baumbach's (and Greta Gerwig's) Frances Ha.

Location and soundtrack can make an OK movie great. They can make a brilliant movie even more brilliant. These two well-calculated aspects of the small 2012 comedy Frances Ha form the latter. The fact that this one also has abundant humor and heart, well, that's just the icing on the cake. 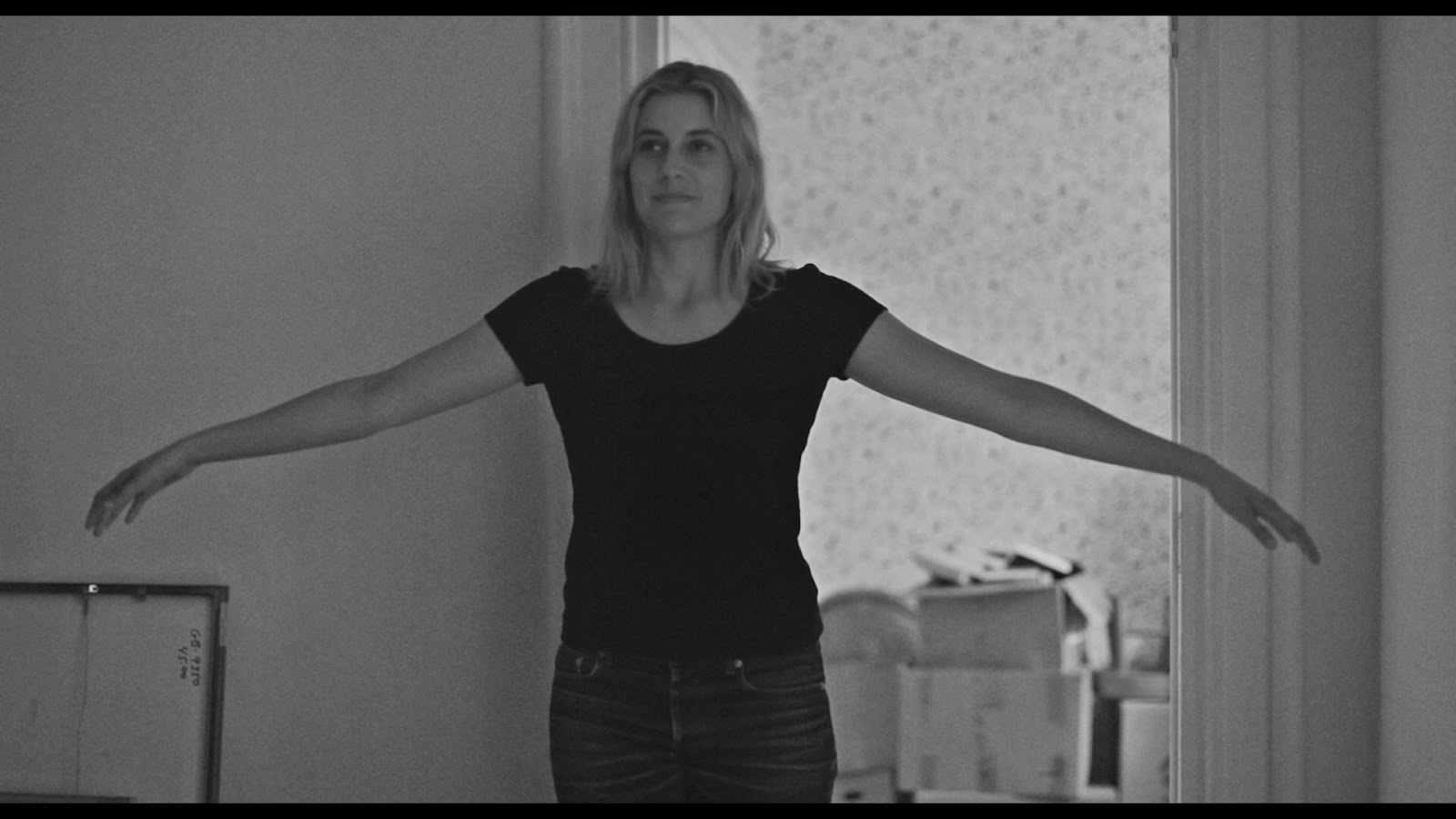