This week's theme from Wandering Through the Shelves' Thursday Movie Picks Meme is daunting for me. There are so many movies that can be considered, some more obvious than others. I worry about to what extent I can go. I keep running this over and over in my mind. This theme lends itself to movies adapted from plays or movies that are staged like plays (few locations, static shots, little visual filler between scenes of dialogue). Then, there is just about any Tarantino movie. Movies that are all about dialogue, yet also all about style. That's what makes Tarantino so special, right? He seamlessly mixes both, where not many others do. Let's go with one of each. 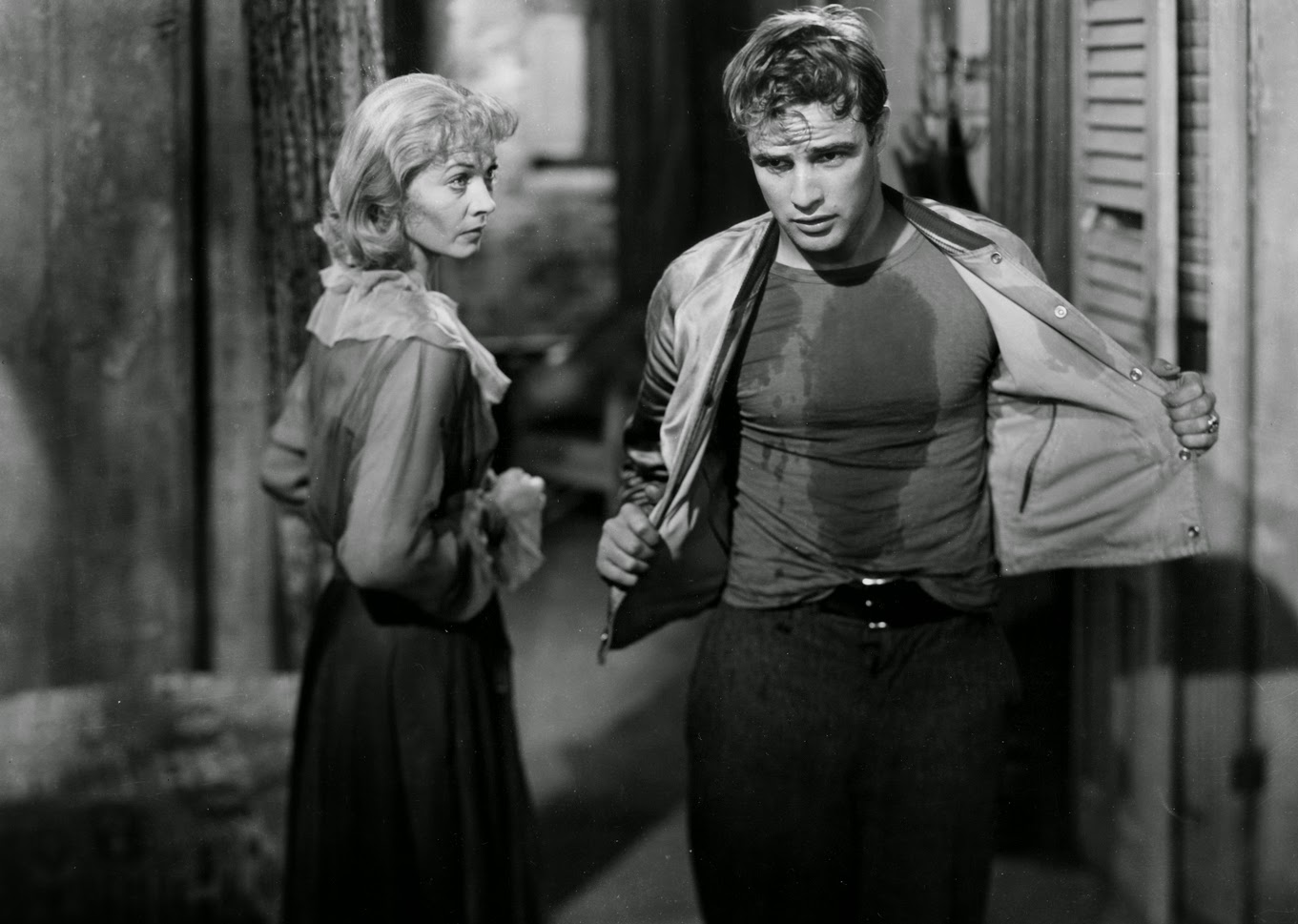 Tennessee Williams' play A Streetcar Named Desire is one that I have studied closely. In fact, I read it for two different classes in college. It is a work well ahead of its time, filled with sexual overtones and devastating truths about mental illness and abuse and people, in general. The movie, pretty much the play on film, derives its power from Williams' dialogue, especially in the ramblings of Vivien Leigh's Blanche DuBois and her interactions with Marlon Brando's Stanley Kowalski. Their standoffish chemistry, crafted by words and mannerisms, is unreal. Watching her with Brando here, I am hard-pressed to think of another acting duel as important in all the movies I've seen. 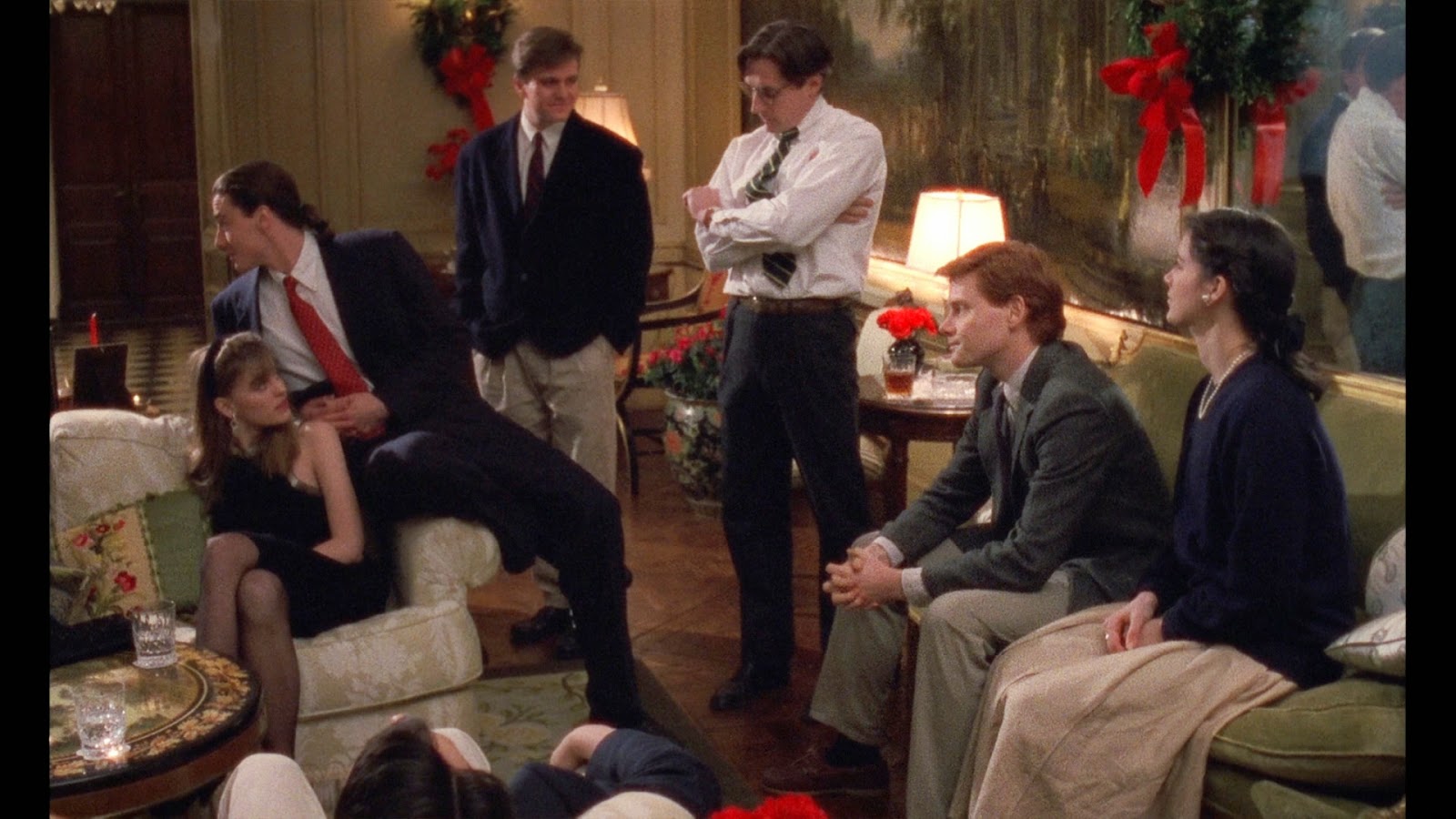 Few movies have touched me more than Whit Stillman's first feature, Metropolitan. It follows a group of late-teens as they navigate the social terrain of Manhattan's upper-class. It is set up much like a stage play with very few locations, mostly interiors, where the players (a cast of incredible young unknown-at-the-time actors) just sit in evening attire and talk. It is also somewhat of a Christmas movie, as it is set at Christmas.

In his original review of Metropolitan, Roger Ebert wrote that Stillman, "has made a film Scott Fitzgerald might have been comfortable with, a film about people covering their own insecurities with a facade of social ease. And he has written wonderful dialogue, words in which the characters discuss ideas and feelings instead of simply marching through plot points..." That is so true. I like movies where the dialogue overrides the plot. Sometimes it is just more interesting to hear what people have to say than what crazy plot they're involved in.

Any of Tarantino's work could fit in this category. However, I have chosen his revisionist WWII "masterpiece" due to it's use of language almost as a supporting character. It is seriously one of the best-written (as far as dialogue goes) movies ever made.

The dialogue, in general, but in two scenes in particular: The opening scene in the French dairy farmer's house and the scene between the German-speaking Basterds, the actress, and the Nazi officer. I loved how Landa rationalized killing Jews to the farmer. He broke that poor guy down...pure evil. Tarantino's dialogue, which is always great, I think, reached a new plain in this movie. It flowed so well, and it was mostly translated to foreign languages. I have never had such a good time reading subtitles. And there is also the fact that so much emphasis is placed on language in this movie (something like five languages as well as countless types of accents and discussions of such).