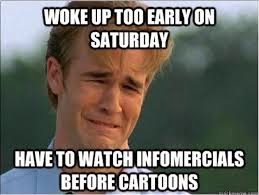 Let me tell you about my normal Saturday. I get up pretty early these days. I'm feeling my age a bit. My neck and back hurt if I lay down for more than 7 hours. Sleeping in is almost out. I'm becoming my Dad, even my Granddad, more and more. Anyway, for months now, I have done most of my blogging, as far as getting around to other blogs, on Saturday morning. It's pretty much the only extended time I have to catch-up on what's happening with the many great blogs I follow. It also seems to be the perfect time for reflection on the past week.

Let me tell you about a plan I have. I'm going to start breaking out and down some stories of interest from the previous work week. They may be movie and TV related. They may be political. They may be personal. I'm busy during the weekdays, but I yearn for my blog. Movies play in my mind. I get the itch to write. If nothing else, this idea will let more people in to the things I do and love and learn on any given week, at least most weeks.

I teach 7th grade English Language Arts at the middle school I went to as a student. I actually work with some of the teachers I had. It's weird. But I've been doing it for six years now, so that's pretty much worn off. If you haven't spent much time around 7th graders, please try it. I want more people to know what my brave co-workers and I do all day. I liken it to being a judge in a courtroom with a rowdy audience without a gavel. We did a fun writing activity on Monday though. Rewarding when it works.

At 6:28 A.M. on Tuesday morning, we got the call. NO SCHOOL! Why? A half-inch of snow. Oh, the perks of living in the Southeast. New York and Boston get pounded by an actual blizzard, and we're like this minute amount is just too daunting. We know it's coming but never equip ourselves. Thank you city and county officials for keeping things the same. We don't need no snow plows or chains around here. I love it! 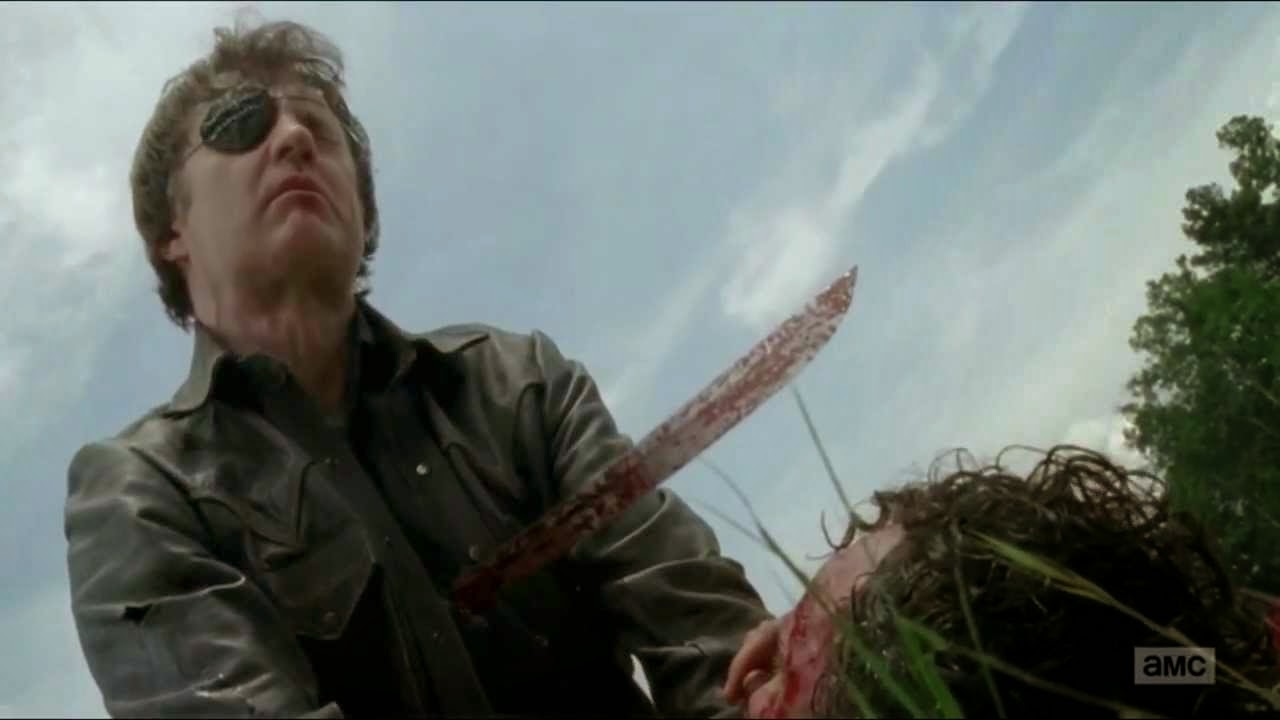 So, last week, Amanda (my wife, I will just refer to here as Amanda from here on out) and I got back into "The Walking Dead." I don't know what happened, but this show went way down into the boring crapper of redundancy during the 3rd season. To the point where we just shut it down. We decided to give it another shot, and I don't know what happened, but the 4th season is like a totally different show. It goes out on a limb with some interesting one-off sort of character centric episodes and tries new narrative structures. It starts using music for emotion along with some good grungy folk tunes on the soundtrack. I'm impressed. Just need to catch up with he first half of season 5 now. 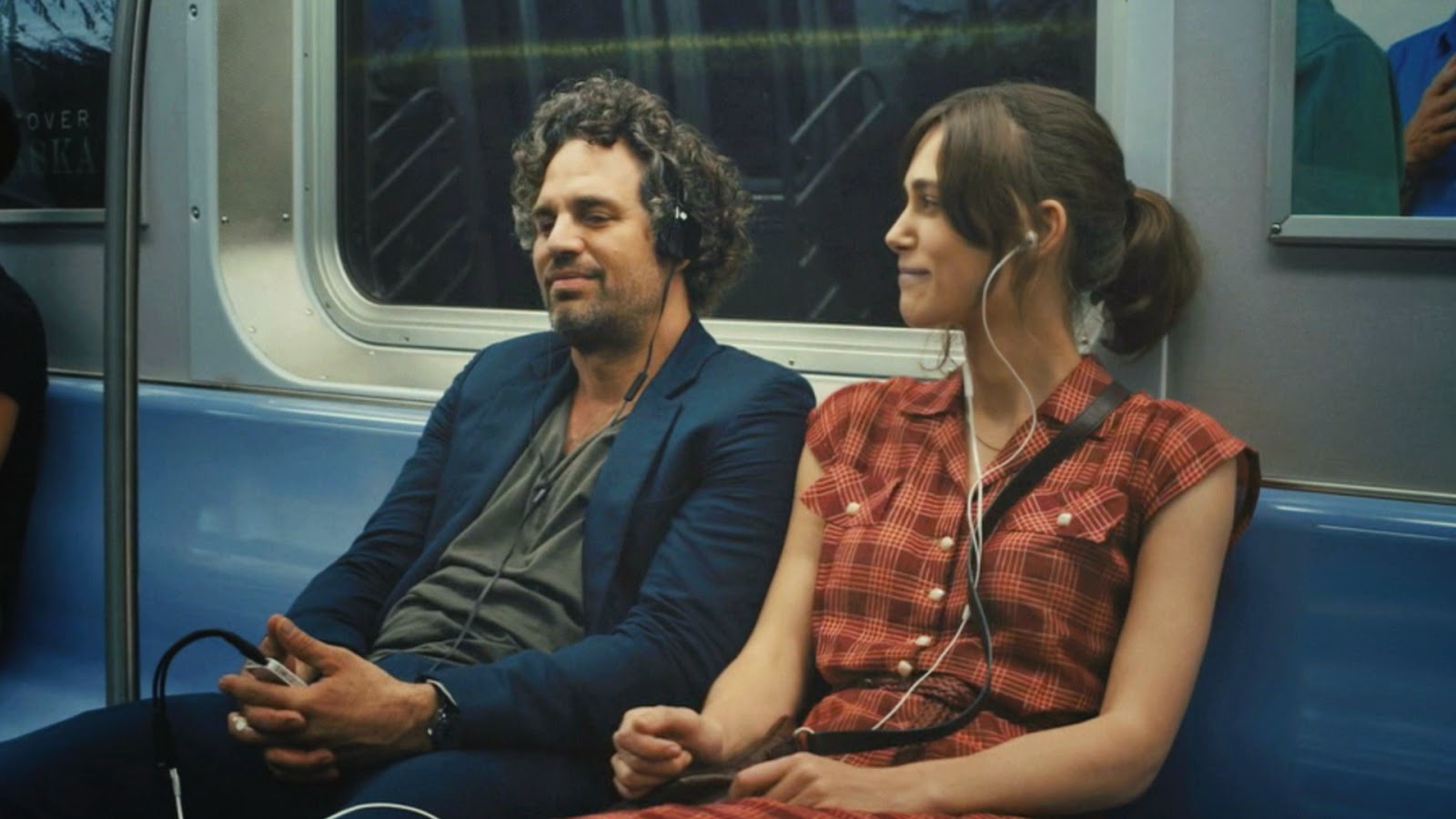 With the snow day, I finally got to see John Carney's newest flick, "Begin Again," with Mark Ruffalo and Keira Knightly. I liked it. Who knew Keira Knightly could sing? I surely didn't love this one as much as Carney's previous musical love story called "Once." I actually liked everything about that one more than this one. The unknown leads, Ireland, the songs (way better!!!!). What I did like about "Begin Again" though was the more humorous tone and the presence of Knightly and Ruffalo. I also love seeing Catherine Keener pop up. I am in love with her. And young Hailee Steinfeld as the Rufallo character's daughter was great. I've wondered what might happen to her after she owned the Coen Brothers' "True Grit" a few years ago. I love tortilla chips, man! My one trip out to eat this week was to one of our two local Mexican restaurants. Chips, salsa, white queso, coca-cola in one of those big red plastic cups. Burrito, taco, rice and beans. Boom! I try to cook most nights. I like throwing down on crap that's bad for you at least once a week though. 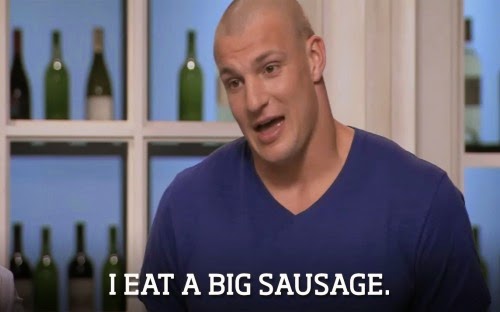 Finally catching up with the latest season of "Top Chef." We've been without cable/satellite at my house since August. Got a Chromecast soon after. Got a MacBook Air for Christmas. Found out you can mirror webpages onto the TV with the Google Chrome browser. Thanks to my sister-in-law, we're in on the only current show my wife just HAS to watch. It's a good season. They've amped up the competition and really just started axing people at will, then bringing people back in inventive ways. Boston as the locale has lent itself to some great challenges at Plimouth Plantation and Fenway Park, etc. Rob Gronkowski did a Quickfire cameo. Man, he was awkward! It was totally uncomfortable.

President Obama is being a total badass in his final lame-duck two years. Since the New Year, he has come to my hometown to pitch free community college and high-tech manufacturing, killed it at the State of the Union, threatened to veto nine current bills in the House and Senate (maybe not the best thing overall, but, hey), and given nary a f@#k. I don't want any political debates on here or antyhing. But I have always loved this president. He has nothing to lose now, and it's fun to watch.

Matt Damon, Ben Affleck, and John Krasinski (Boston bros!), among others, took the heat for the New England Patriots' deflated-footballs-in-the-AFC Championship Game-thing on "Jimmy Kimmel Live!" It was genius.


But really who cares? This is the most anti-climactic Super Bowl in years. I hate both teams, both have won before. Boooorrrrriiiinnnnnnggggg! I may not even watch, but I really want to see the commercials. Nobody's invited me to a party yet, so who knows?

THE OSCARS ARE IN THREE WEEKS! Getting pumped.

So I got the "Timehop" app  a couple weeks ago. It's pretty cool. It does things like show you a Facebook status from exactly one year ago today. This is still true this year. I almost watched a new Budweiser commercial last night. 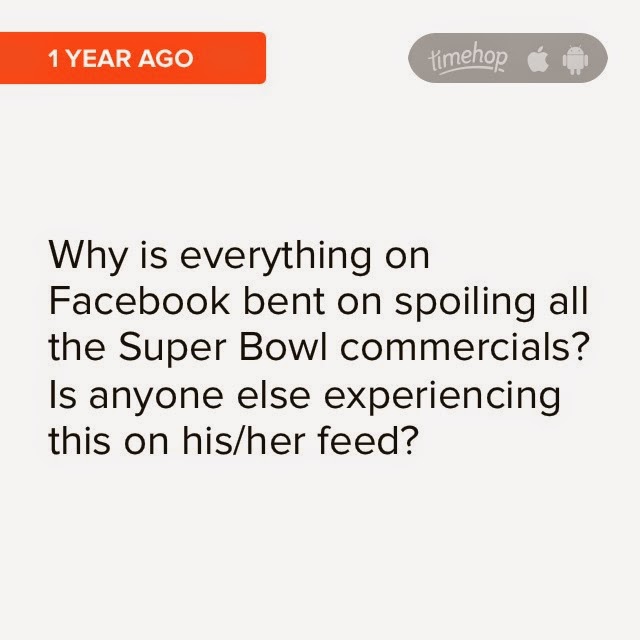 Andrew killed it on Tuesday. He tanked Boyhood and praised the latest X-Men.

Irene threw it back and reviewed Clint Eastwood's Mystic River.

Wendell wrote an excellent and truthful review of The Fault in Our Stars.

Sati laid out a perfectly detailed review of The Imitation Game, one of my Top Ten of 2014.

Happy Saturday! Football is almost gone and pitchers and catchers report to camp in 20 days.