When I Was Thirty: The Ocean's Trilogy 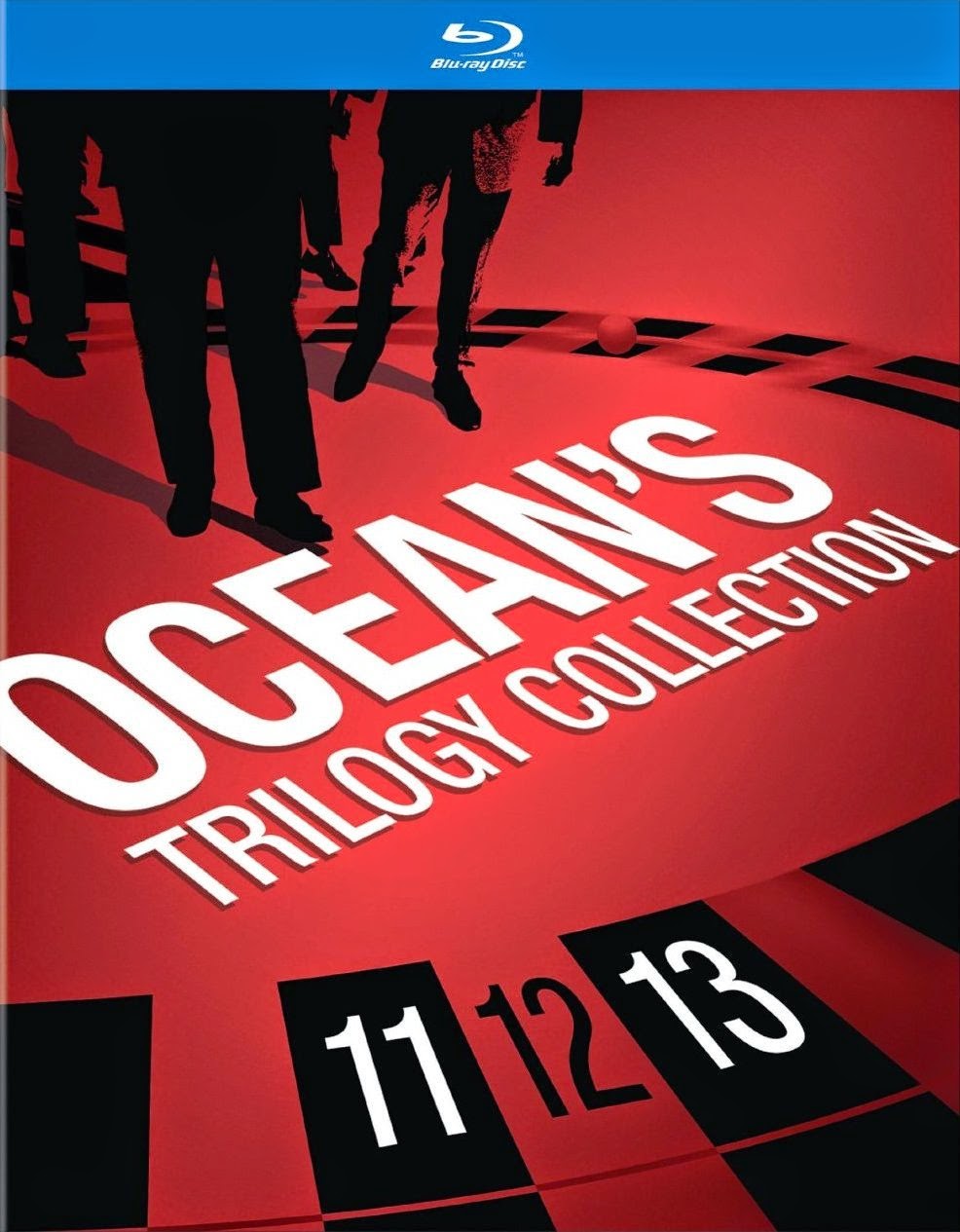 Steven Soderbergh baffles me. He's one of those filmmakers who just doesn't seem to stick with anything. And most of his work has just seemed off-putting to me. I've just never seeked his work out. Of his roughly 25 feature films, starting with 1989's Sex, Lies, and Videotape, I've only seen 7, including the only thing he ever truly stuck with in the comedy-caper colossus of cool known as Ocean's Eleven, Ocean's Twelve, and Ocean's Thirteen.

What's funny is that the other four of his films I have seen (Behind the Candelabra, The Informant!, Traffic, and Out of Sight) are all what I would consider favorite movies. So, if you are a Soderbergh fan and are reading this, please recommend some sort of place to start with the rest of his films. I can't seem to figure the guy out, but I am willing to see all of his movies.

If my last entry in this series (for those of you who aren't familiar with this series, click here) on The Bourne Trilogy was all about badassness, then this entry on Steven Soderbergh's Ocean's Trilogy is all about cool. Just straight up good-looking, sexy, funny, entertaining, COOL. 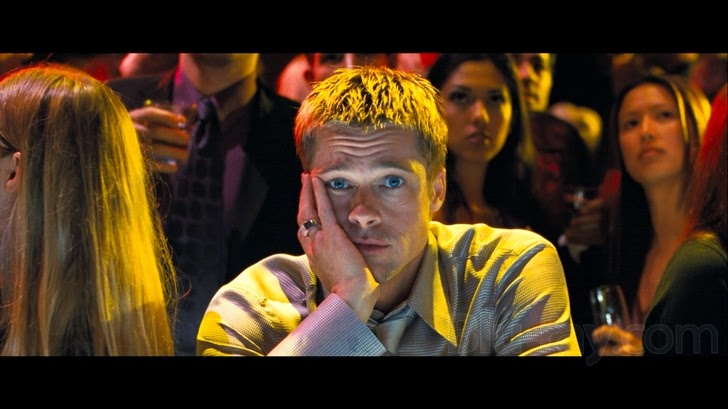 The remake of the original film (unseen by me) starring the famed "Rat Pack" (Frank, Deano, Sammy, etc.) came out of nowhere back in 2001. It arrived on the wings of Soderbergh's huge successes the previous year in the crowd-pleasing Julia Roberts Oscar Winner Erin Brockovich and the hard-hitting, drug business epic Traffic (for which Soderbergh won the Best Director Oscar).

I've never seen the orginal, but I have a hard time imagining that it's more cool than this. The trio of Clooney, Pitt, and Damon on screen at the same time just brought that essence of a different era back to the big screen and I can't begin to presume to know how this made the ladies feel. Good call Soderbergh! Get the most sought after talent in Hollywood, team them up with some old favorites (Gould, Reiner), some new talent (S. Caan, C. Affleck), a great comedian (Mac), and you have one of the coolest movies ever made.

Ocean's Eleven is the best of the trilogy. The writing has become legend with its use of enigmatic caper-movie speak, coded language of the con game, matter-of-factness in all of its nonsensical plot twists and scemes, double-crossing the audience.

It is a Vegas movie with a Vegas sheen. It is that way on purpose. 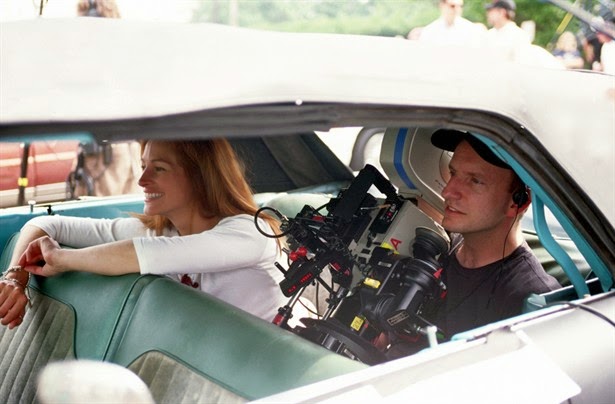 The Ocean's Eleven Blu-ray disc features two commentary tracks: one by stars Matt Damon, Andy Garcia, and Brad Pitt, and one by Soderbergh and screenwriter Ted Griffin. I don't often listen to audio commentaries, and it won't be necessary for this one.

It also features a documentary from HBO First Look, which is short and sweet and pretty good. It also has another documentary called The Look of the Con, which I regret I haven't had time to watch.

It has a couple theatrical trailers, which are great. I love watching movie trailers. They change so much over the years. 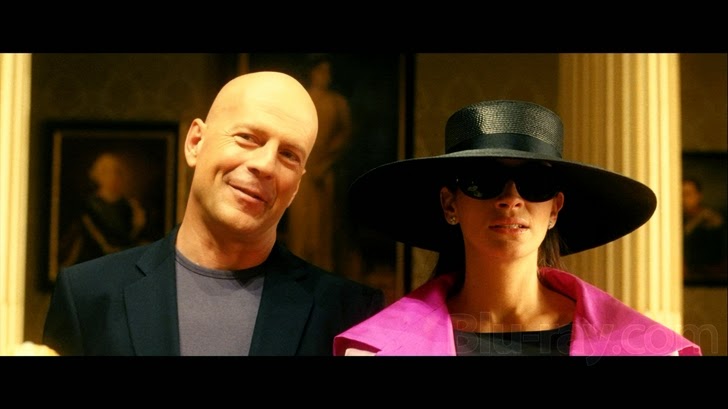 I remember feeling a little let down when I went to see this one, the sequel. Ocean's Eleven was good because it was fresh and fun and cool. It also had that Vegas glitter. For this one, Soderbergh left Vegas and moved the heist game to Europe (shooting in Amsterdam, Paris, Monte Carlo, Rome, and Sicily) and certainly outdid himself in style. It's fun and great-looking and different. But I just think it's too much.

The writing (as far as dialogue goes) is better in this one. The best scene of the trilogy is when Matt Damon's Linus Caldwell begs his way into a meeting with a kingpin in Amsterdam. He can't seem to pick up the coded speak and says something randomly poetic. The man is offended. Outside, Clooney scolds him. There are also the in-jokes from the last movie. Pitt and his food and obsessions with hotels. The characters' personalities fleshed out even more, etc. Still cool.

Ocean's Twelve is probably the worse of the two sequels, mostly because it doesn't come together in the end as an actual sequel. It's just another movie with the same characters.

It's more European in style. It is that way on purpose. 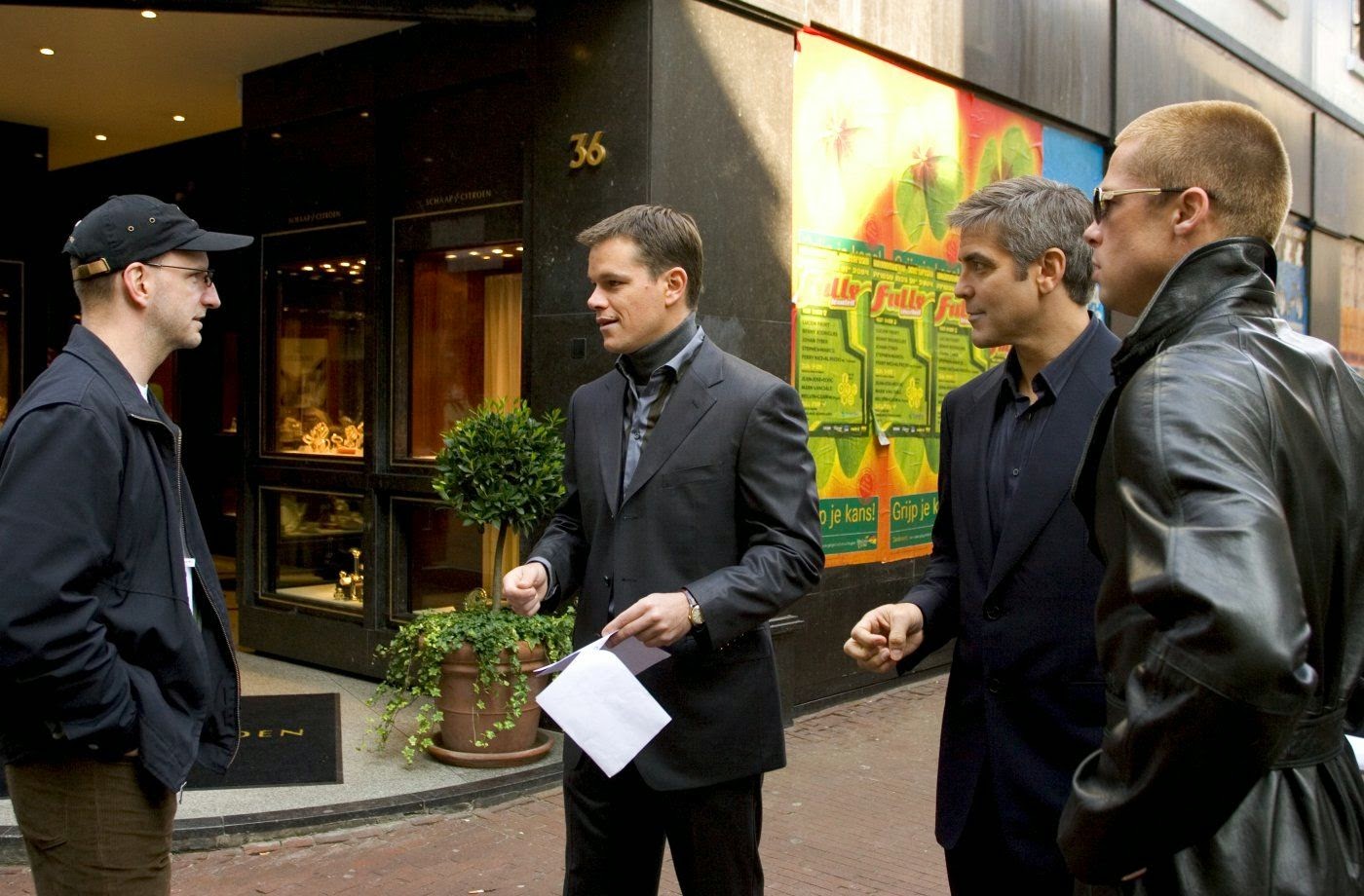 The Ocean's Twelve disc features a commentary track by Soderbergh and screenwriter George Nolfi, a bunch (30 minutes worth) of deleted scenes, a theatrical trailer, and another HBO First Look doc. 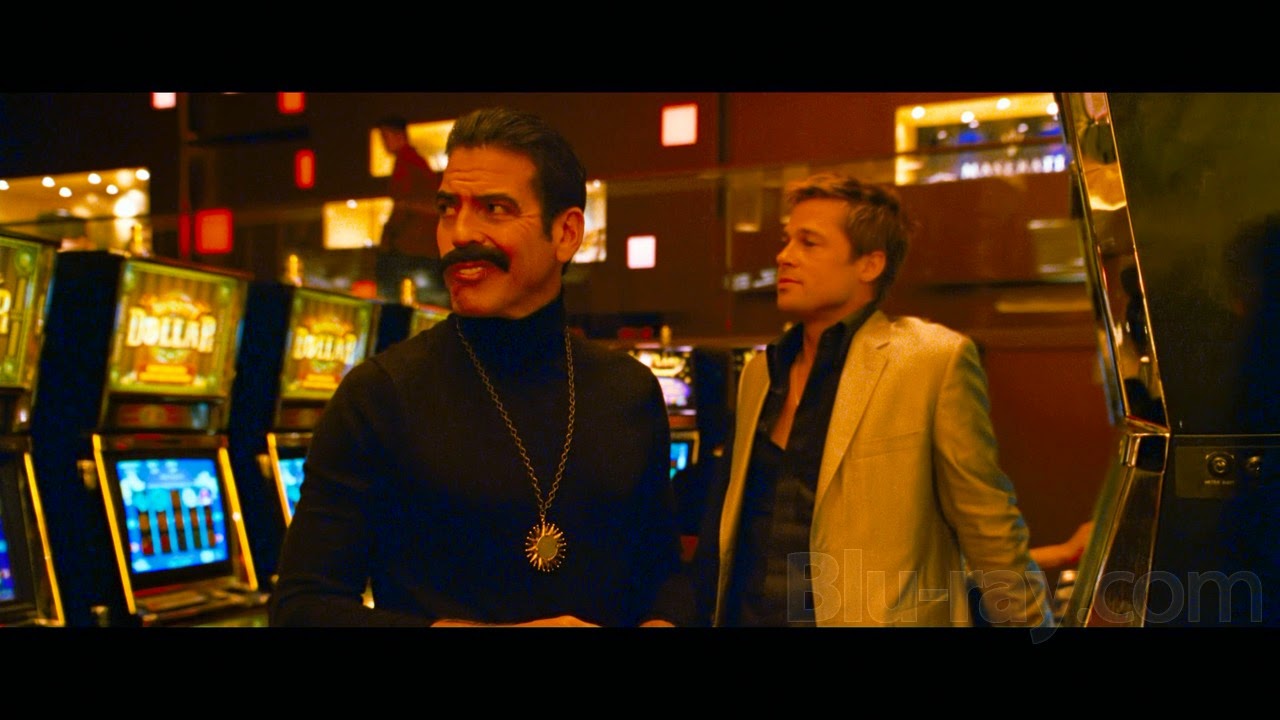 Now, this one is actually a sequel to Ocean's Eleven. Back in Vegas this time, which Soderbergh captures perfectly. It's a changing Vegas and has a lot to say about the loss of the original Vegas cool, focusing on the opening of a new casino hotel by a pro in the business played by Al Pacino. Elliott Gould's Reuben gets muscled out of the deal, and the boys reunite to get their money man his due.

It's overly complex though. With each movie, as if the original wasn't mind-bogglingly ridiculous enough, Soderbergh and his writers just didn't keep the original ease (and cool) of the first. There is some great humor though. Some of it almost slapstick. Many disguises. We all remember Matt Damon's nose and the mustaches of Clooney and Pitt.

Ocean's Thirteen is somehow the second best of the trilogy, but, at the same time, it's the most forgettable.

It is new Vegas in style. It is that way on purpose. 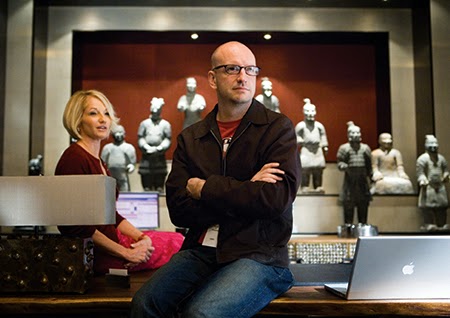 The Ocean's Thirteen disc is the best of the bunch on specials. It features a commentary track, once again, from Soderbergh and screenwriters Brian Koppelman and David Levien, some deleted scenes, and three incredible documentaries, including Masters of the Heist: Recalling Real-Life Sophisticated Heists, Vegas: An Opulent Vision -- Las Vegas' Influential Design Sense, and Jerry Weintraub Walk and Talk: The Producer Takes Us on a Casino Tour.

This is what you have. If you want to own these movies, this is the way to go. They are certainly worth owning because all three (and especially the first) are easily re-watchable. And at around $20, it is affordable and cool to have on the shelf.

Stay tuned: Coming up next is my favorite trilogy of all-time...Back to the Future.

Email ThisBlogThis!Share to TwitterShare to FacebookShare to Pinterest
Labels: Best of..., Home Media, The Best Movies, When I Was Thirty