Earlier this week, I noticed that my local art house theater was running the Oscar Nominated Short Films, both Animated and Live Action. I couldn't fit both into my schedule, but I was able to catch the five nominated Live Action Shorts, and I was so impressed.

All of these films tell beautiful stories. Stories of friendship and family and history, and they do so in minute amounts of time. I actually fell in love with a few of these. You will find a personal ranking and predictions at the end of my mini-reviews. They are reviewed in the order they played, which, I have to say, is a genius sequence. This was very well-thought out.


If you get a chance, go out and see these. All together, they ran for about two hours. 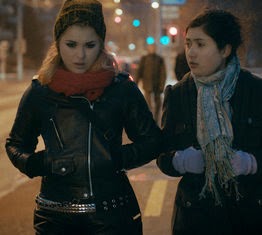 Written and Directed by Talkhon Hamzavi

Parvaneh, or Pari (Nissa Kashani), is a teenage Afghan girl seeking refuge in the Swiss Alps. She needs to send money to her father. For that, she must travel to Zurich and find the Western Union. We follow her through the trials of this ordeal in a beautifully shot, powerful little film. When she meets a young Swiss teen (Cheryl Graf) and asks for help, we begin to understand how just a little compassion can go a long way. I love this film. 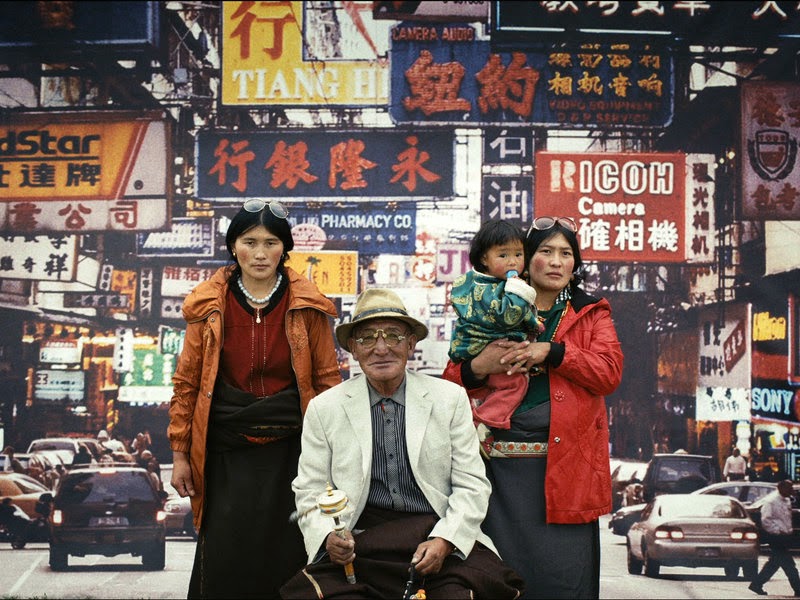 Written and Directed by Wei Hu

The camera remains still. A photographer snaps pictures of poor Tibetan villagers and their families in front of various backgrounds. In such a short amount of time and with a totally stationary camera, one would never think a filmmaker could derive much beauty. Director Wei Hu does. The final shot in this film is incredibly striking. Not my favorite of the five but it's really cool. Heather (Sally Hawkins) is an operator at a crisis center hotline. Daniel (Edward Hogg) works at the desk across from her. They make eyes at each other. The phone rings and Sally begins a conversation with a highly upset distressed gentleman, who calls himself Stanley (Jim Broadbent). Something is familiar about this man and what ensues is incredibly tense and emotional. The last little scene is a bit tone-shifting and ultimately weakens the tension so well-built in the previous scenes, but it's a solid short with great performances from two well-respected British actors. 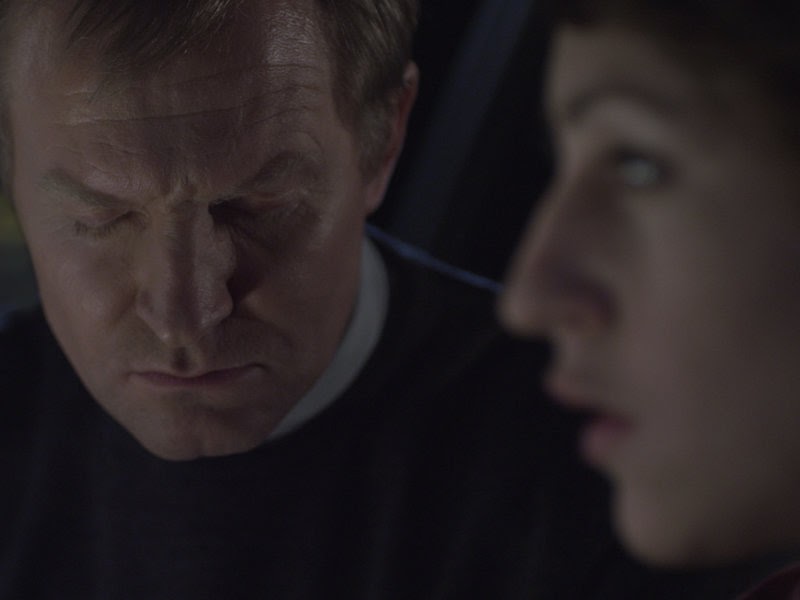 "Aya" is my second favorite of the five. It is a really interesting premise that makes all the right moves. Aya (Sarah Adler) is an Israeli woman waiting to pick someone up from the airport. She seems a bit stressed, talking on the phone with a woman (probably a sister) obviously too busy with her kids and life to talk. A driver with a sign that reads "Mr. Overby" has to step out. Aya ends up with the sign, and, when Mr. Overby (Ulrich Thomsen) shows up right after, she decides to be his driver on a whim. Over the next 35 minutes, the filmmakers build an incredible extended meet cute that is unlike anything I've ever seen. Like "The Phone Call," there is a brief sort of epilogue at the end, very short, but this time it works, changing our minds about what he saw before and what we were most likely expecting. 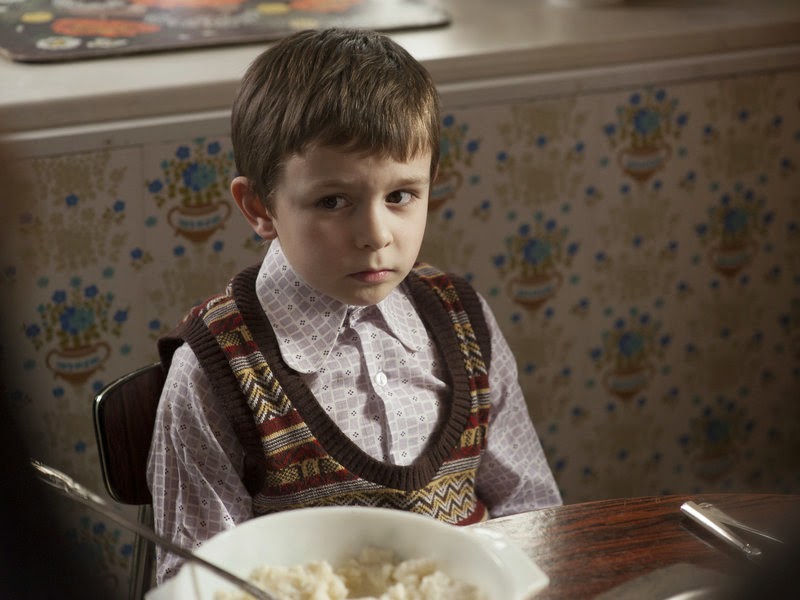 We end with a delightful coming-of-age comedy that packs as much punch in 14 minutes as most features do on the same subject. Two pre-teen brothers in 1970s Belfast, Jamesy (Riley Hamilton) and Malachy (Aaron Lynch), receive a gift from their "softy," odd-job working Father (Martin McCann). Two baby chicks. We watch the boys play in the shadow of war as the chicks grow into chickens and laugh as their Mother (Charlene McKenna) deals with the mess. When Mother becomes pregnant, she feels the chickens may be too much. The end of this movie will charm you like none other. Such a sweet little movie.