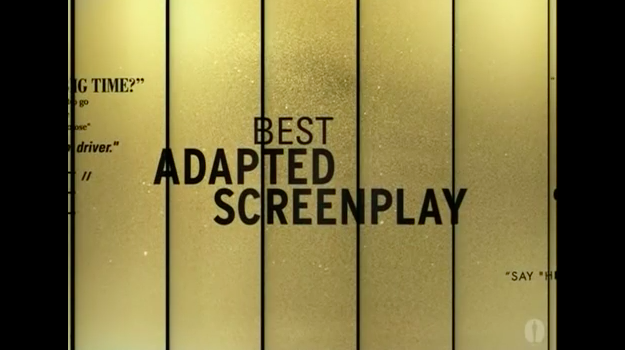 So, OK. Anyone who knows Oscar knows about "The Big Five," which are Writing, Directing, Actress, Actor, and Picture. Only a few films have won them all in the same year: "It Happened One Night" (1934), "One Flew Over the Cuckoo's Nest" (1975), and "The Silence of the Lambs" (1991). Most recently, "American Beauty" (1999) got close, winning four of the five. Annette Bening got beat out for Best Actress.

Anyway, this is the first in a series of posts that will contain "Top Five" lists on the "Big Five Academy Awards" categories. We start...with writing.

The Academy Award for Writing...there are two. One for an Original work, conceived for the screen alone. The second for an Adaptation, something not initially thought of as a movie.

Since 1994, there have been some absolutely groundbreaking scripts written, several of which have actually changed movies for the better forever. Those are the ones I tried to capture here. Surely, there are many more than ten great scripts in the past twenty years, but these are the ones that meant something to me, and, from my perspective, movies, in general. 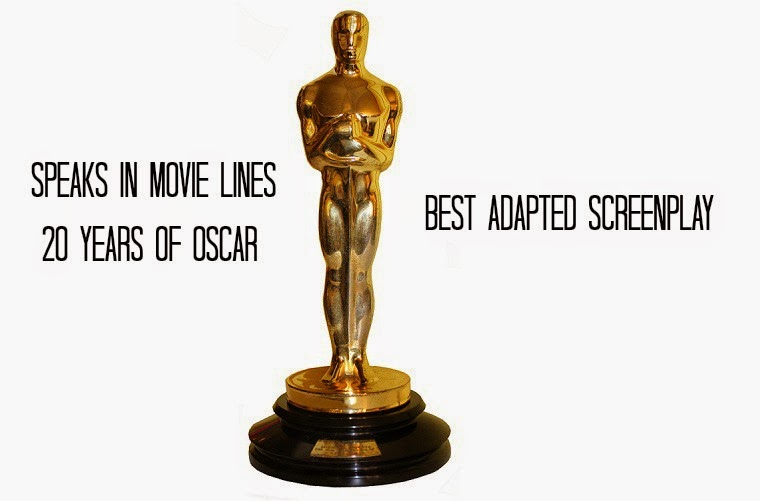 Here are my favorite Best Adapted Screenplay Winners since 1994: 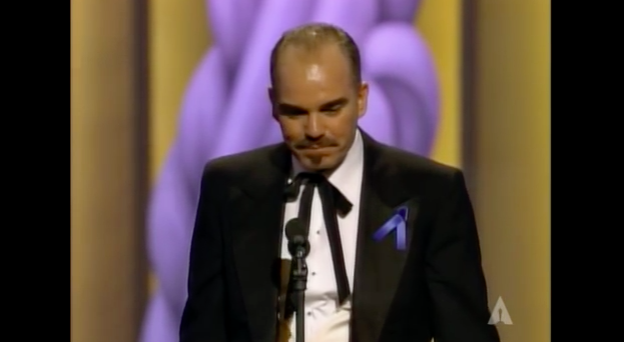 Well, the world was introduced to Billy Bob Thornton, an actor, who no matter what, has had an impact on movies ever since he came out of nowhere with this Southern Gothic tale of mental illness, compassion, and friendship. Plus, everyone knows this script by heart. 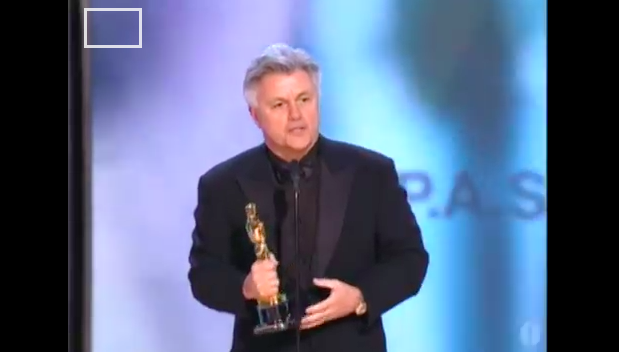 John Irving's novels are nearly impossible to adapt into movies. Four attempts have been made, none have been dynamite. The only one he did himself was the adaptation of his expansive history of Maine, orphanages, apple orchards, and abortion in "The Cider House Rules." He was awarded for it, trimming nearly twenty years off the original timeline presented in the novel but keeping with the exact tone and humor and heartbreak.

"Goodnight, you princes of Maine, you kings of New England."

3. "L.A. Confidential" (1997)
Screenplay by Brian Helgeland and Curtis Hanson, based on the novel by James Ellroy 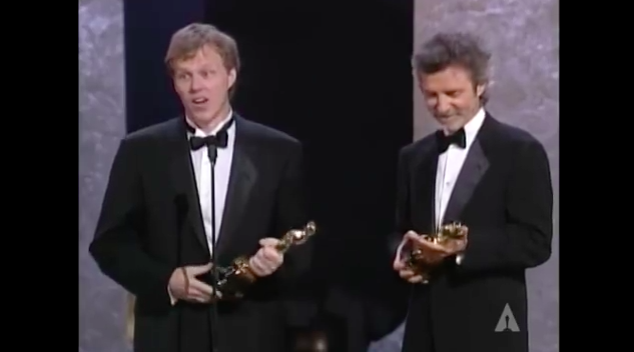 The screenplay for "L.A. Confidential" is one of the smoothest ever written. The narrative itself is ingeniously crafted, credit to the source material. But Hanson and Helgeland found just the right notes in the novel and even elevated it into a classic neo-noir masterpiece.

"Go back to Jersey, sonny. This is the City of the Angels, and you haven't got any wings."

2. "No Country for Old Men" (2007)
Screenplay by Joel and Ethan Coen, based on the novel by Cormac McCarthy 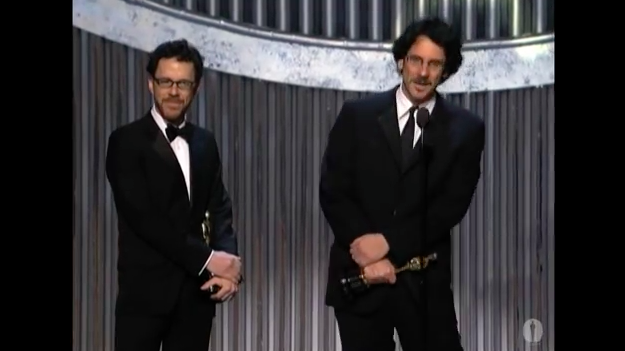 Adapting Cormac McCarthy is as nearly impossible as adapting John Irving. McCarthy's prose is thick and sometimes twisty. The dialogue in his novels blends into the prose and the reader often gets lost. I've never read "No Country for Old Men," but I can't imagine anyone other than Joel and Ethan Coen capturing the twisted outlook on violence they so closely share with McCarthy. I mean. Look at "Fargo." It might as well be "No Country for Old Men" in Minnesota.

"Anywhere. Not in your pocket where it will get mixed in with the others and become just a coin. Which it is."

1. "Sideways" (2004)
Screenplay by Jim Taylor and Alexander Payne, based on the novel by Rex Pickett 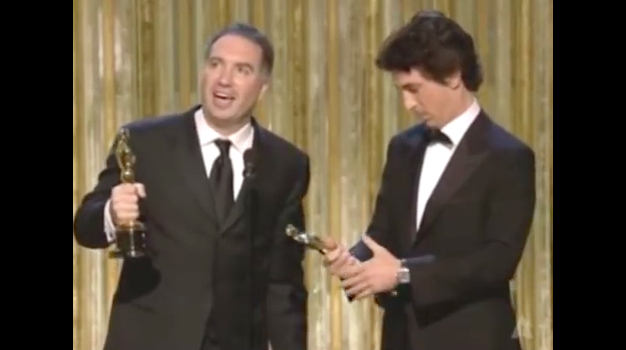 "Sideways" is one of the best movies of my lifetime. It is so funny and sad and real and, ultimately, a profound study of aging men and their insecurities. I haven't read the Rex Pickett novel, but I imagine that it took a special duo of brilliantly witty writers like Taylor and Payne to capture its story. And it doesn't hurt to have Paul Giamatti and Thomas Haden Church reading your dialogue.

"No, if anyone orders Merlot, I'm leaving. I'm am NOT drinking any f--king Merlot!" Here are my favorite Best Original Screenplay Winners since 1994: 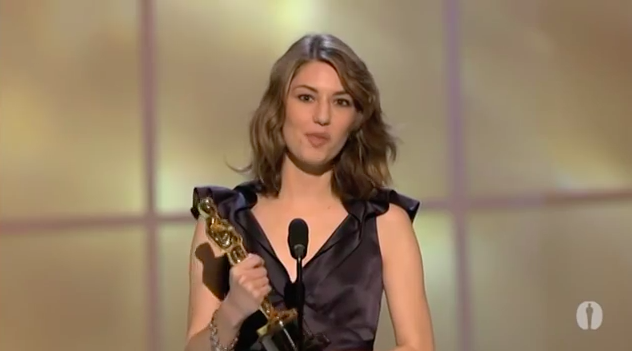 Sofia Coppola had already won me over with her first screenplay, an adaptation of the Jeffrey Eugenides' novel "The Virgin Suicides" (1999), when she landed a massive success with this script, a story of two Americans in Tokyo. The wit and humor and beauty of this story truly started as writing on a page. You can feel it.

"Let's never come here again because it would never be as much fun." 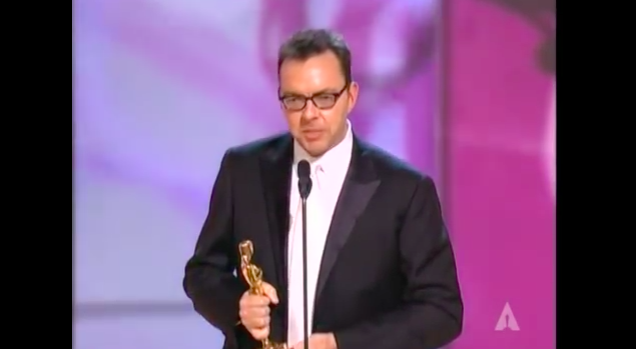 Alan Ball is a genius writer. He came from TV, wrote this piece of brilliance made into a visual masterwork with the help of director Sam Mendes and legendary cinematographer Conrad L. Hall, then he went back to TV. This is a brave, ballsy script. So much so that it goes ahead and tells you the end of the movie in voiceover during the first thirty seconds. But that doesn't matter. This is one of the most satisfying rides in movie history.

"Remember those posters that said, 'Today is the first day of the rest of your life'? Well, that's true of every day but one--the day you die." 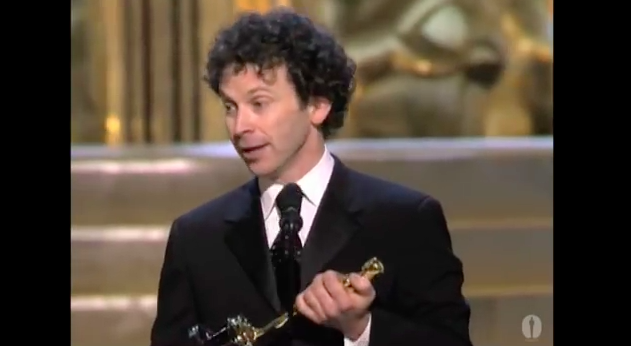 This, to me, is a collective award. Kaufman lost in both 1999 for "Being John Malkovich" and 2002 for "Adaptation." Both were worthy of Oscars. This one is the most original of all original screenplay wins for me. It's also one of the most powerful love stories ever told. Not only does it tackle love, but how we think about love, how we remember good and bad times in relationships, how we wish we could have our memory erased, how we, as human beings, react to losing our memories. It answer the question: Aren't there enough good memories to out-weigh the bad?

Clementine: Joely? What if you stayed this time?
Joel: I walked out the door. There's no memory left.
Clementine: Come back and make up a good-bye at least. Let's pretend we had one. 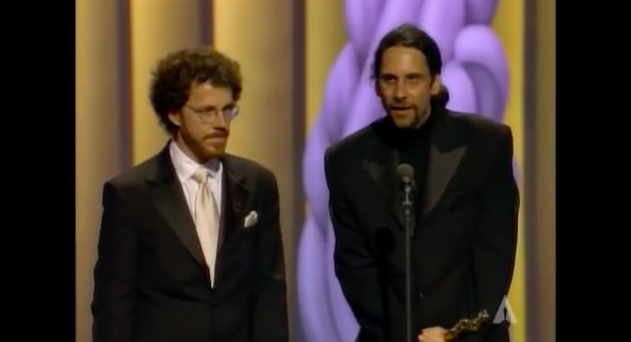 The Coen Brothers had been building up to this for years. With "Blood Simple" (1984), they effectively conned the Hollywood system into giving them a movie budget. They have always had final cut, have written, produced, directed, and edited their own work (for the most part), and never miss, even when they do. "Fargo" is my favorite movie of all-time. It has been so for years. I absolutely love everything about this script. The dialogue complete with Minnesota Nice. The complex, yet simple storytelling. The dark comedy mixed with equally dark violence. It is just perfect. 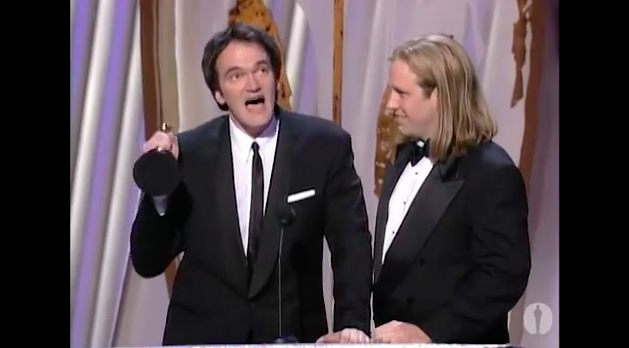 Face it! With this script, Quentin Tarantino changed movies. And he has continued to do so. He is the ultimate power in screenwriting and directing. He seriously never misses. "Pulp Fiction" remains one of the most unique movie experiences out there, especially for the people of my generation. Without this movie, the movies would be different now. He brought a love and knowledge of all types of cinema to the mainstream with this masterpiece alone. Plus, he's crazy as a shit house rat, which I love.

"Ah, so by that rationale, if a pig had a better personality, he would cease to be a filthy animal. Is that true?"