There are just so many to choose from...

That said, I've decided to break the rule of three for this edition of Wandering through the Shelves' Thursday Movie Picks Meme. That's right, since we have five decades to choose from, I'm choosing my favorite from each decade.

Black-and-white cinematography gets down to the essence of what makes movies movies. It even reminds us that we're watching a movie, as if we need to be reminded. What I mean by that is that it triggers the escape effect we movie lovers crave.


Here are my picks in the category of Black-and-White Movies made since 1970: 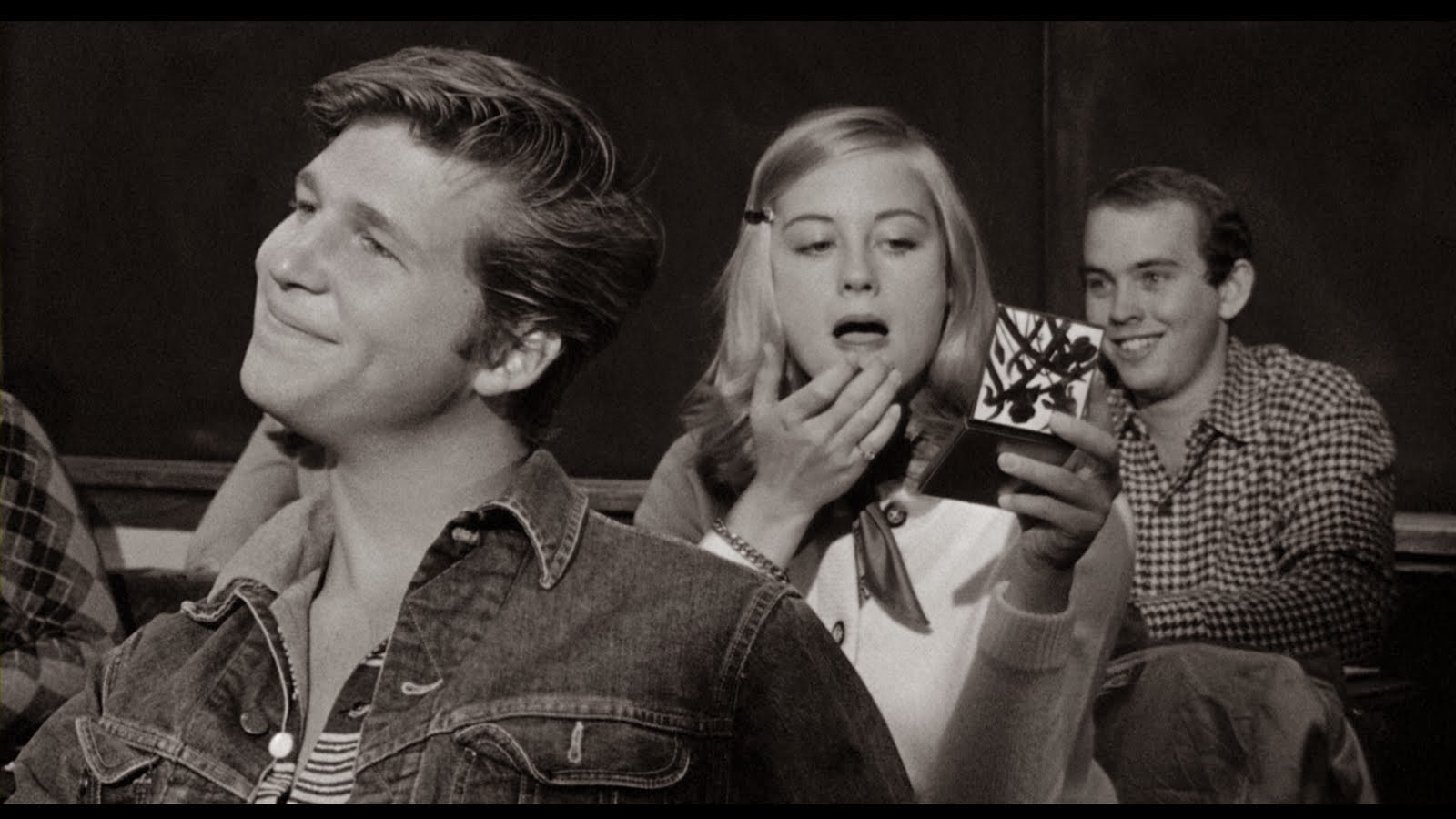 This title always stood out to me long before I ever saw the film. It is a remarkable coming-of-age story starring young and beautiful versions of Jeff Bridges, Cybill Shepherd, and Timothy Bottoms as high school students in a small West Texas ghost town in the early 1950s. Apart from the high school coming-of-age aspect, it speaks to the boredom of youth, the discovery of sex and its spoils, and the decline of the American West. The title refers to the closing of the town movie theater, the last bit of culture in an already boring, sleepy town. The black-and-white is in tribute to the time period, the landscape (physically and culturally), and Bogdanovich's own love of classic movies. I shudder to imagine this movie in color. There would be way too much red, even for a boxing movie. Scorsese's "Raging Bull" is the finest American movie made in the 1980s. Like "The Last Picture Show," the black-and-white also works here to pay tribute to an earlier era of movies and also to highlight the period setting of the 1940s. Scorsese was pretty much pulled up out of the pits of cocaine hell by DeNiro to make this thing. I thank Mr. DeNiro for that. Scorsese was about to give it up, and then this, one of the most glorious of sports movies, black-and-white movies, hell, movies, in general. 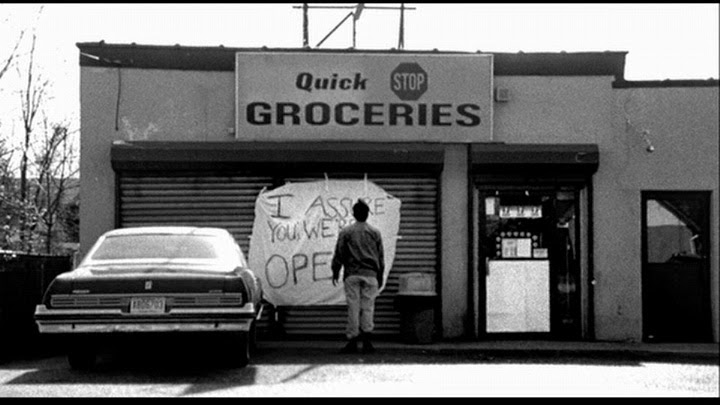 I believe I recall Kevin Smith saying he shot "Clerks" in black-and-white simply because he was so inexperienced in making movies. He found that it was easier to light and was a bit cheaper. Even so, the use of black-and-white in "Clerks" is what makes it so pleasing and unique. It is so NOT a black-and-white type of movie. I don't think anyone had seen this much before this: a modern, raunchy comedy in the age of color shot in black-and-white. It's one of the funniest movies I've ever seen, spawning some of my favorite movie quotes of all time. Kevin Smith truly had no ability to direct a movie at this point in his career, but he was saved by his genius screenwriting and the decision to use black-and-white, which, undoubtedly, aided in covering up some of his deficiencies in directing at the time. 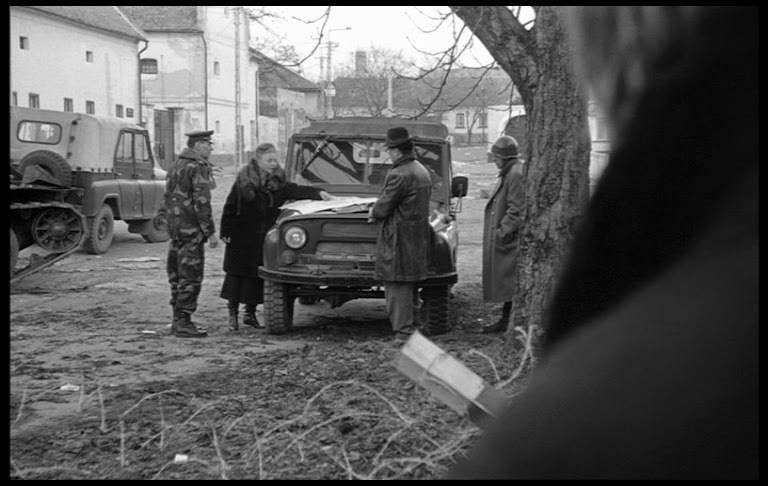 What an astounding piece of genius this movie is! It is still the only film I've seen by Hungary's finest filmmaker, Béla Tarr. It is beautiful. The black-and-white works so well with Tarr's patented slowly building, super-long takes and the lovely, haunting score by Mihály Vig. I've only seen this movie once, which isn't nearly enough to even begin to comprehend its never-ending thematic depths and philosophies. But, much like, "The Last Picture Show," (with which it shares no other similarity) it uses black-and-white to depict a desolate land in cultural despair as people of a small Hungarian village flock to a new attraction in town...a circus tent housing a decaying whale.

As I type this, I have this just astounding tune running through my mind. It is a piece from the original score to Alexander Payne's comedy/drama masterpiece, 2013's "Nebraska." Composed by Mark Orton, it is one of the best things I've ever heard. A catchy, fun, yet somehow somber blend of plucks, strums, and mutes on an acoustic guitar with a brilliant melody sounded by dueling trumpet and strings. It is perfect and one of the many things I love about this movie, which, after a recent second viewing, is in the running for one of my favorite movies of all-time.

Payne's choice to shoot in black-and-white is genius and the execution by cinematographer Phedon Papamichael...equally so. I get the sense that this being the only feature directed by Payne where he doesn't also get a screenwriting credit only strengthened his directorial work here. The hero of the film, Woody Grant (Best Actor nominee Bruce Dern), we sense, is, at once, a demented old man who thinks he's won the junk mail sweepstakes and also simply a man who wants one last taste of freedom. The contrasts obtained by shooting in black-and-white almost mimic the simultaneous simplicities and eccentricities of the characters, including Woody's son, David (Will Forte), his wife, Kate (Best Supporting Actress nominee June Squibb), and his many brothers and nephews and cousins and old town friends, most notably, Ed Pegram (the great Stacy Keach), the man who ripped off his beloved air compressor.

*Note: This has to be the only time in movie blog history that a Kevin Smith movie is in the same discussion as a Béla Tarr movie. Just saying...