This week on Wandering through the Shelves' Thursday Movie Picks Meme, I'm at a bit of a loss.

Here's the thing: I've never seen a live action fairy tale adaptation. By that I mean, I have never seen a live action adaptation of a traditional fairy tale in the Grimm sense of the genre. It's just not my bag. I have seen quite a few great ones in the realm of fantasy that I think could work here, including Rob Reiner's "The Princess Bride" (1987) and Ron Howard's "Willow" (1988). And I'm sure I saw several "fairy tale"-type movies growing up that I just don't have enough memory of, or love for, to offer as recommendations.


When I think of the idea of a fairy (or faery) though, my mind immediately goes to my favorite Romantic poet, John Keats, who wrote a ballad in 1819 called, "La Belle Dame sans Merci." It is, to me, the most beautiful ballad ever written in the English language. It's basically the tale of a knight enchanted by a beautiful woman, who takes him under her spell, only to leave him to die alone.

Here's a small piece of the Keats ballad:
Keats' work here conjures up, to me, images of a beautiful lady of light hair wearing a flowing white dress surrounded by a mystical white light who casts spells with her beauty alone. It is this image that is driving my picks this week.

With that in mind, I bring you my picks in the category of Live Action Fairy Tale Adaptations: 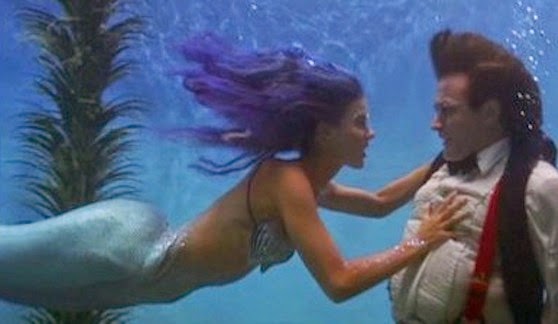 Two images come to mind in this one. The first is of Peter Banning (Robin Williams), a grown Peter Pan on a mission to save his kidnapped children from Captain Hook (Dustin Hoffman) in Neverland. He is thrown overboard Hook's ship and is greeted by beautiful mermaids, who kiss breath into him, saving his life. The other is the ultimate fairy of my childhood, the famed Tinkerbell (Julia Roberts). The odd relationship between Tink and the grown Peter is just that...odd...and oddly memorable. And, I guess, technically, this counts as a fairy-tale adaptation.

The image here is of the beautiful Elf Queen, Galadriel (Cate Blanchett) in the first installment of Peter Jackson's epic trilogy. After The Fellowship's escape from the mines of Moria, Galadriel enchants Frodo (Elijah Wood) and Sam (Sean Astin) and welcomes them to her home where she offers them glimpses into her mirror and their futures. When Frodo offers her with The One Ring, she offers another glimpse of the future, one in which she is corrupted by the Ring's power. It's a beautiful sequence that is totally fairy tale in my mind. 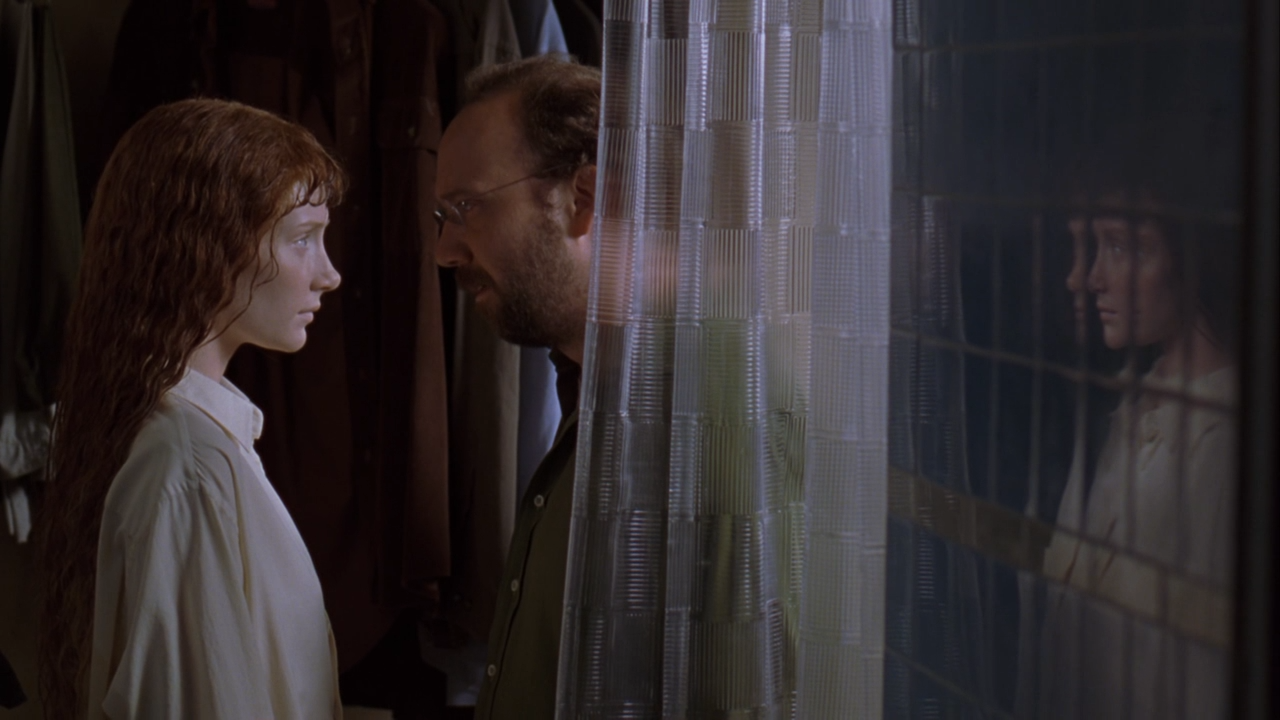 The image on my mind here is of apartment complex handyman, Cleveland Heep's (Paul Giamatti) discovery of the mystical water nymph, Story (Bryce Dallas Howard). She is a frightened fairy-like being with a mission to better humanity by finding a writer (M. Night Shyamalan himself), who may one day change the world. Added to this is the battle between a great ensemble cast, including Bob Balaban, Jeffrey Wright, Freddy Rodriguez, Jared Harris, and Mary Beth Hurt, and a magical creature bent on keeping Story in the human world. Like most of Shyamalan's work, this one is just as divisive as any of the others. I love all of his movies, even "The Happening" (2008). He has a knack for tone and mood that many directors just don't have. Who cares about the weird-looking creatures when the storytelling is there? As for "The Lady in the Water," it is a classic literary fantasy, an original work inspired by fairy tales.

Email ThisBlogThis!Share to TwitterShare to FacebookShare to Pinterest
Labels: Home Media, Hook, Lady in the Water, The Best Movies, The Lord of the Rings, Thursday Movie Picks