Mid-week has come and gone, and it's time for another entry in Wandering through the Shelves' Thursday Movie Picks. This week we're talking Mother-Daughter Relationships.

Man, did I get to know that relationship growing up! 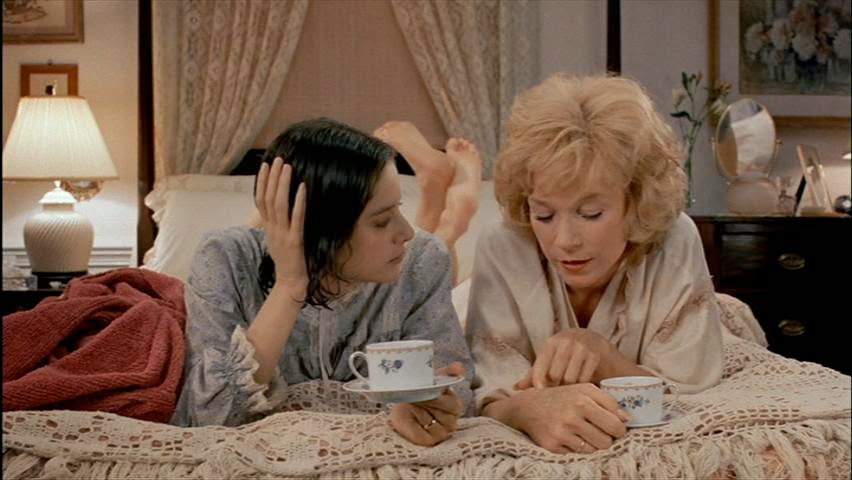 Aurora Greenway is one of the most fascinating movie characters in my movie memory. An Oscar-winning role from the legendary Shirley MacLaine, she is the sort of mother who rules by criticism and passive-aggressive down talk. But she LOVES her daughter, Emma (Debra Winger). "Terms of Endearment" is the first feature film from director James L. Brooks. He had been in the game for years as a TV writer and producer. Then, this, a beautiful film, for which he, alone, took home three Oscars (Best Picture, Best Director, Best Adapted Screenplay). Based on a novel by Larry McMurtry ("The Last Picture Show", "Lonesome Dove"), this movie spans thirty plus years in life of a beautiful, but aging, Texas woman and her daughter and the men they love. The men are brilliantly portrayed by a young, skinny Jeff Daniels and the funniest (Oscar-winning) Jack Nicholson there has ever been. 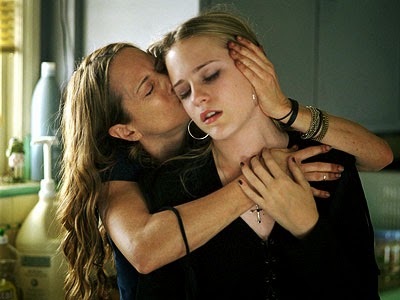 This movie tortured me. The directorial debut of long-time production designer Catherine Hardwicke and co-written by Hardwicke and her step-daugther, Nikki Reed, "Thirteen" is the kind of movie that just came out of nowhere, roughed me up real good, and then I never saw it again. Not that I need to. Once is probably enough. And I mean that in a good way. At the center of this story is the single mother, a hairdresser named Melanie, played by Oscar-nominee Holly Hunter. Her daughter, Tracy (Wood), is in middle school. She's a "good girl." Until she makes a friend in a girl named Evie (Nikki Reed), the type of girl that my mother would've referred to as "too advanced" for her age. Evie is ready to try it all (sex, drugs, rock 'n' roll, piercings, skimpy clothes). Of course, this all becomes too much for Mom and a some major breakdowns and breakthroughs occur. There is more real life in this movie than there is in real life sometimes. I applaud it for that and will never forget it. 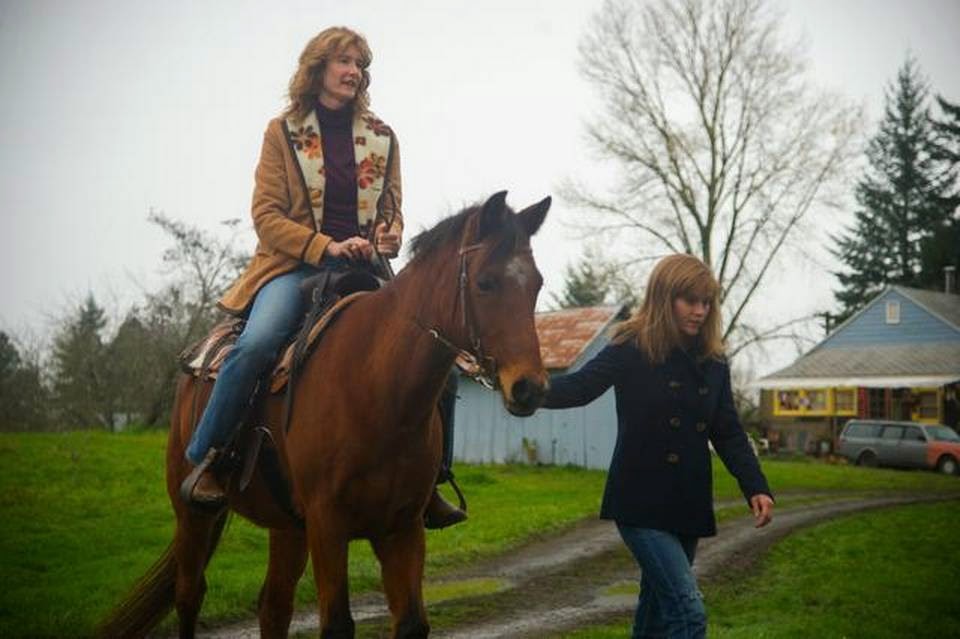 Just this past New Year's Day, my wife and I went to see a much-anticipated new movie with Reese Witherspoon called "Wild." It struck me as a movie of one of my favorite kind, the "soul-searching" movie. It succeeds as that and so much more. Perhaps the most beautiful part of this film is the catalyst for all the "soul-searching." A daughter's remembrance of her mother. "Wild" is the true life story of a woman named Cheryl Strayed (Witherspoon) and her quest to hike the thousand-mile Pacific Coast Trail. Always on her mind is her mother, Bobbi (Laura Dern), and the music she remembers from growing up. The performances from Dern and Witherspoon are as top-notch as they come, and the way this story is woven together so perfectly really charges up the mother-daughter power. Just a perfect movie.