Now, this week's category in Wandering through the Shelves' Thursday Movie Picks Meme is right in my wheelhouse.

I teach this stuff. Well, that it to say that I teach kids who read this stuff. So, in turn, I read it as well. I have to. I have to stay connected with the YA goods.

There are so many good movies to pick from here. Some I've used before (I'm trying not to repeat any picks). I focused on screen adaptations of works I've actually read. I came up with, in the end, three movies that I will love forever, no matter how many times I've seen them.


Here are my Thursday Movie Picks in the category of Movies Adapted from a Young Adult Novel:

My first gig as a teacher was 8th grade Language Arts. I now teach 7th. But the four years I taught 8th grade, the biggest highlight of my year was getting to share S.E. Hinton's first novel with my students. It's not particularly well-written, but you must remember that Hinton was only 16 when she started writing it and was a mere 18-years-old when it was published.

The movie, directed by Francis Ford Coppola, takes a perfectly plotted story and just makes it better. The look, the sound, and the performances from an unbelievable who's who of stars (C. Thomas Howell, Ralph Macchio, Patrick Swayze, Emilio Estevez, Rob Lowe, Matt Dillon, Tom Cruise, and Diane Lane) is one of the most memorable movie experiences of my life. The basics of the story are that in early 1960s Tulsa, two adolescent cliques have formed, The Greasers (poor, tuff-looking kids from the wrong side of the tracks) and The Socs ("the rich kids with Mustangs and madras"). When the hero Ponyboy (Howell) and his best friend Johnny Cade (Ralph Macchio) find themselves in a violent encounter with the meanest of the Socs, Bob (Leif Garrett), their lives are changed forever. And we, as an audience, are changed and shocked and shaken. The ending gets me every time. "Stay Gold." 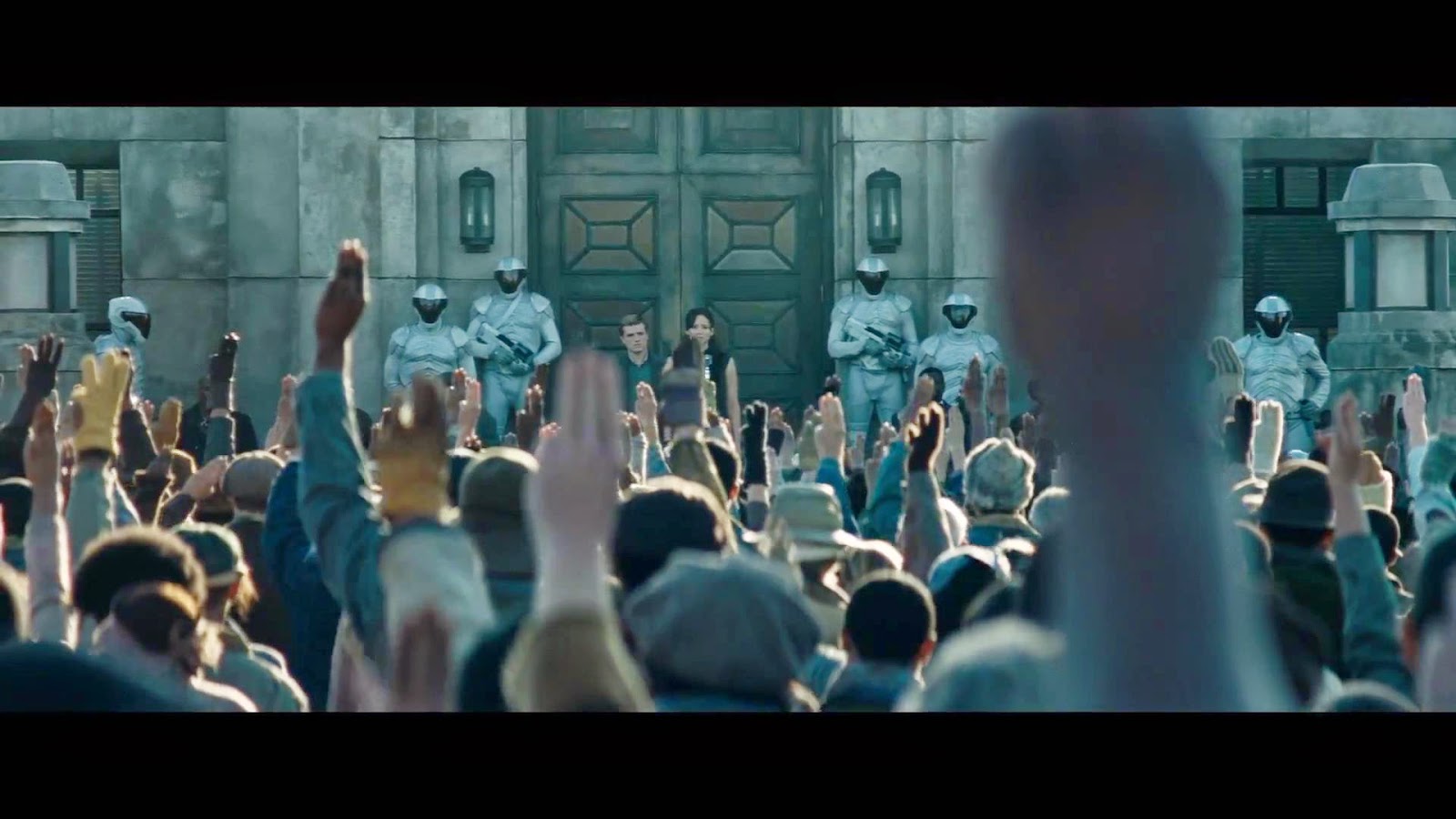 Of Suzanne Collins' "Hunger Games" trilogy, this one, the middle piece, is by far my favorite as both a novel and a movie. After the huge success of the first installment, Jennifer Lawrence returns as Katniss Everdeen, now a Victor back in her Appalachian home, known in the distant future of this trilogy as District 12 (the coal mining district). A new director in Francis Lawrence ("Constantine", "I Am Legend") took the helm from "Hunger Games" director Gary Ross, took the brilliant production design already in place, and made just a much better film. This thing looks great. I actually enjoy this movie more than the book, which spends way too much time on the wishy-washy Katniss-Peeta (Josh Hutcherson)-Gale (Liam Hemsworth) love triangle.

Screenwriters Scott Neustadter and Michael H. Weber ("500 Days of Summer", "The Fault in Our Stars") seemingly can do no wrong. This is my favorite of their screenplays. It takes a darkly tragic tale of a young, self-absorbed, yet endlessly likable, alcoholic, keeps enough of the darkness and removes enough of the unnecessary. Don't get me wrong. Author Tim Tharp's novel, a National Book Award Finalist, is excellent, a sort of stream-of-concioiusness first person narrative. But the movie is better, mostly because everything went so perfectly. Miles Teller and Shailene Woodley have a chemistry unmatched in "teen" movies, and director James Ponsoldt, you can so tell, feels and has felt the pleasures and pains of these characters, of young love. When I finally saw this thing on Blu-ray in early 2014, it instantly became my favorite movie of 2013. And it alone inspired me to dust off this old blog and get back to work.

"The Spectacular Now" is the kind of movie that all teenagers should see. I'm pretty sure none did (at least in the theater).

Also, in a serendipitous turn of events, a Live Action Fairy Tale was released to great acclaim this week, so I went to see it. And I loved it. Here's my review of Cinderella, if you're interested.