Directed by - A New Series

About a year and a half ago, January 2014, I started getting serious about watching movies again. In college, I was an unstoppable movie-watching machine. Then, real life happened. College was over. I had to get a "real job." I had to change my life.


I was living in Murfreesboro, TN, the exact geographical center of my home state. I had graduated from MTSU. I had a B.A. in English, a license to teach grades 7-12, and "highly qualified" status. I decided to "take a year off" as is was that I almost couldn't fathom getting up at 6 AM everyday and going to work as a teacher, of all things. I was in a relationship that was going nowhere. My roommate was moving out. I was lost.

A teary-eyed call to my sister changed everything. "Why don't you just come back home?" she pleaded. The next day I put my plans in motion. I came back to East Tennessee, moved back in with my mom, got a job as a sub in my local school system, and, within weeks, had a full-time teaching position at my former middle school. I met a girl, and, within a year, I was falling madly in love. she is now my wife.

That was in 2009. In the four+ years from the time I got my job until that fateful January of 2014, I didn't seek out a lot of movies in my usual way. I only wrote about movies intermittently.

My New Year's Resolution for 2014 was to get my blog going...like, really going. It's still a work in progress. But the idea I have for this series was one of my first ideas. It's time to get started on what will be a daunting task.

Now, let's get down to it. I realized I really loved movies when I was about 12 years old. Of course, I always loved movies, but it was then that I realized that there was a man making my favorite movies up to that point, a film director. That man is Steven Spielberg. I have still yet to see all of his movies. 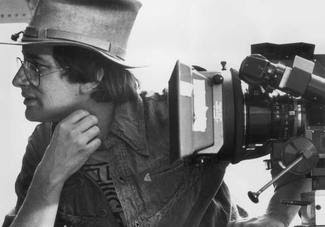 That's where this series comes in. This is my next great movie-watching goal. To make a list of film directors I admire. Watch all of their work. Write about each one. Eventually I will break away from my favorite American directors and move into some foreign language (I've started Kurosawa, Bergman, Truffaut, and Godard, to name a few.).

Now, I realize that some of the other great bloggers I read regularly do similar posts. I want to thank them, specifically film director/blogger Alex Withrow at And So It Begins... His the Directors series is immaculate.

My posts will be ranked lists of all of the directors' works. They will be fluid, changing, and random. Post will just pop up when I finish a director's filmography. There are quite a few I have finished. I will start there. Then, I will pick one to focus on for awhile and do another post.

Be on the lookout if you want to be part of these conversations. 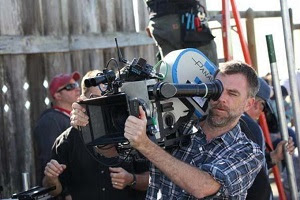 Email ThisBlogThis!Share to TwitterShare to FacebookShare to Pinterest
Labels: Directed by, Features