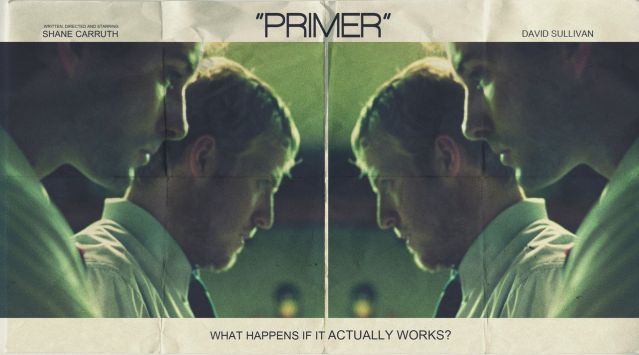 So, as it happens, this movie is the 100th movie I've watched since the New Year. It was a hot afternoon this past Monday, and I knew I wanted to watch a movie. Saw this on My List on Netflix Instant, got really stoked (since I remember how highly praised this movie was back in 2004), put it on, and....and...and...

I also know with certainty that this is a special movie. Shane Carruth is a filmmaker who could certainly live up to the comparisons he gets with Malick, Lynch, heck, I've even heard some Tarkvosky. And the dude has only made two movies in eleven years.

With 2004's Sundance Winner Primer, Carruth certainly made a name for himself and, while this movie didn't totally work for me on one viewing, I am astounded by it, especially with how well-made it is considering its budget of only $7,000. And the dude made the whole movie, like, literally by himself. He wrote it, directed it, produced it, starred in it, wrote the music, did the production design...It's wholly impressive.

Roger Ebert put it well in his review of the film. He said, "The movie never looks cheap, because every shot looks as it must." And actually this movie is quite visually striking: 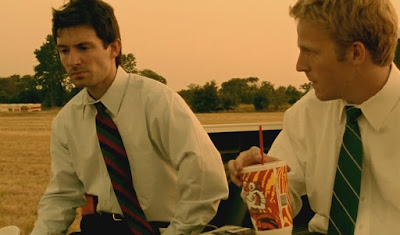 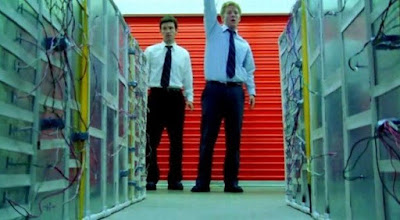 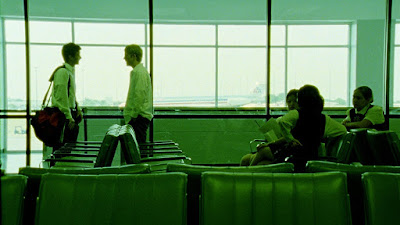 He certainly knows how to create lasting images, using simple tones (tans and greens) juxtaposed with that middle shot of bright oranges and yellows. Wires and cords and oxygen tanks and pick-up trucks and it all doesn't seem to fit and then it does. So many things I find fascinating about this film.

The plot, of course, if you've seen or heard of this movie, is impossible. Like, I have no idea what happened or was happening or had happened at a certain point. Yet, I didn't give up. I didn't want to. And I don't think you have to. I would imagine many people would find this movie maddening, and it is. But I also know that that's the point. Even Carruth himself said that he just started shooting this thing in his garage and, as production went on, he wasn't even sure what he was making at times.

Someone asked me when I posted a still from this film on Instagram after I watched it, "Did you like it though?"

I could only reply, "Hard to say. Not really. I appreciate its ambition though. And it is impressively well-made considering its budget. Definitely need to re-watch before passing any real judgment."

He replied, "I agree...completely...it is reminiscent of the whole passion of filmmaking."