A Trainwreck that doesn't derail 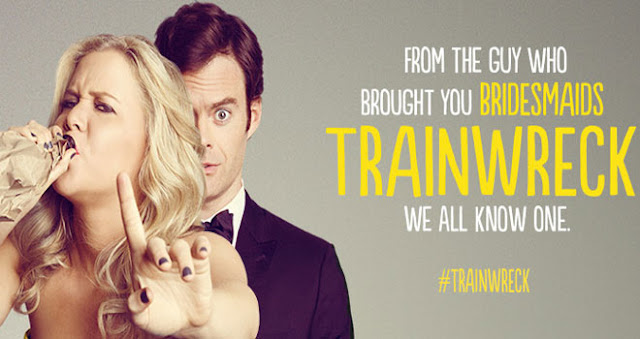 I came into Judd Apatow's latest movie Trainwreck as a fan of Judd Apatow. I knew nothing of Amy Schumer other than that she is all over the place these days. I have not seen her standup. I have not watched her show, Comedy Central's Inside Amy Schumer. I had even heard from friends of mine, who love standup comedy and comedy television, that she's not very good. Most of my guy friends don't like her.


I left Trainwreck with two things: I knew I had seen a formula romantic comedy with just enough freshness to recommend it, and I knew I wanted to watch more Amy Schumer. 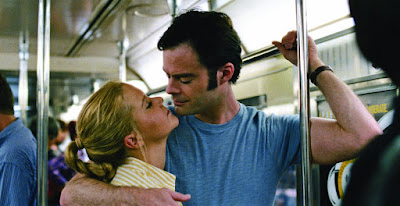 In Trainwreck, Amy Schumer plays a trainwreck named Amy. She really isn't a too much of a failure at life though as she has a decent job, a nice place, and a muscle-bound sweetheart of a boyfriend played by WWE World Champ John Cena, who I can now say I appreciate as an actor with real charm.

The film opens with a flashback, Amy and her little sister, Kim, sit with their dolls while their father (Colin Quinn) explains why he and their mother are getting divorced. There are plenty of other dolls in the world is the gist and "monogamy isn't realistic."

This of course sticks with Amy, who is quite promiscuous and very dude-like about it. She is neither looking for nor expecting love or a long-term relationship. Kim (Brie Larson), though, doesn't see it that way. She is in a happy, loving marriage to the sweater-wearing magoo, Tom (Mike Birbiglia), and a doting step-mother to Tom's dorky kid, Allister (Evan Brinkman).

Meanwhile, during a pitch meeting at the men's magazine for which Amy writes, an idea is thrown down, among many other Apatowian improvised jokes, to do a piece on up-and-coming sports physician and orthopedic surgeon, Dr. Aaron Connors (Bill Hader). Of course, it's Amy, the one who hates and knows nothing of sports yet who the passive aggressive boss character (Tilda Swinton), another Apatow classic piece of casting, puts on the story.

We know the rest because we've seen the trailers and TV ads and countless other romantic comedies, but do we really? The best thing about Trainwreck is how it uses the formula but twists it just enough to make it seem fresh. 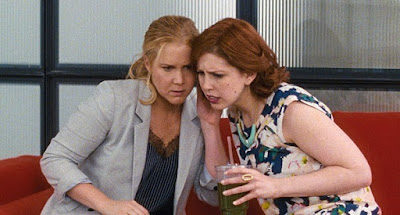 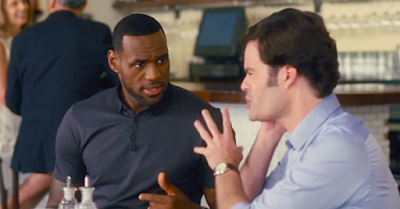 The largest part of that freshness comes from the role reversal aspect. In the first meeting between the Amy and Dr. Aaron characters, it becomes apparent that Amy is the rom-com man and Aaron is the rom-com woman. He's a sensitive, almost virginal guy. Bill Hader's work here is impressive. He can pull off charming leading man now, and that is right good. His best friend, LeBron James as LeBron James is as no-nonsense and sweet as we believe he is in real life. It's Amy's best friend and co-worker Nikki (Vanessa Bayer), who provides the dirty dude best friend role, not able to fathom why this guy would call her so soon (or at all) after their first date and night together. Instead of a bad boy character who finds a nice girl. It's a bad girl character who dates nice boys but only at an arm's length and dismisses them just the same as one-night stands.

This movie comes in a ever lengthening string of movies that in some ways empower women. I'm thinking of what writer/director Paul Feig started with 2011's Bridesmaids and has continued with his muse, Melissa McCarthy, in films like The Heat and Spy.

Not that Amy is meant to be a hero to ALL women. She is vulgar and unashamed of her actions. (And, make no mistake, this movie is R-rated and deserves it.) But she is also able to find love out of the "wreck" she has made of her life, or that her life, mostly through her relationship with her father, made for her. She is flawed, and so is this film.

Judd Apatow will be the first to tell you that his movies play too long, yet he is still unwilling to cut bits that just don't work for audiences. There are great moments of parody here that make this the most novel rom-com in a long time. A scene that lampoons Woody Allen's Manhattan is a high point, maybe the biggest comedic high point all year for me. But then there's a scene, featuring cameos from Chris Evert, Matthew Broderick, and Marv Albert that is just the flattest, unfunniest scene Apatow has ever put on film. I still believe that Apatow is capable of directing a perfect comedy, but he has to start trimming even more. This is his shortest movie since The 40-Year-Old Virgin at two hours and five minutes, and it is still obvious to me what he could cut to get closer to perfection. 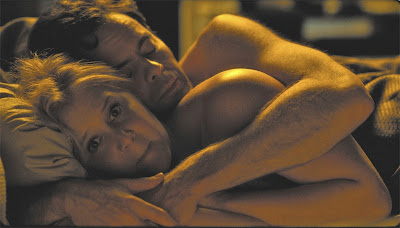 Amy Schumer did nothing wrong here. Her writing is hilarious. There is cleverness in this script that really works, and her performance, the way she handles herself and this character in such a confident manner, is one that I fully admire. She plays on the discomforts of dating and sex with a new partner for the first time in a way that I've never seen before.

And even when this thing gets really formulaic in the third act, I still found that each trope had just the slightest coat of wax on it to make each one work. I just wish it had been buffed up enough to make me forget I was watching what turns out to be a pretty typical romantic comedy. I wanted this trainwreck to derail.