I've decided to start a new weekly post, one that I can easily get to every week. If you're a regular here, then you've probably seen my weekly Saturday Speaks posts. Those are hard for me to to every week. I just don't often have a lot going on, and I want those to be more about me and my everyday life outside of my movie obsession.

So, I present to you my weekly movie recap. It's called In Movie Lines.

Directed by David Fincher
Screenplay by Aaron Sorkin, based on the book "The Accidental Billionaires" by Ben Mezrich

"Ma'am, I know you've done your homework and so you know that money isn't a big part of my life, but at the moment I could buy Mt. Auburn Street, take the Phoenix, and turn it into my ping-pong room." - Mark Zuckerberg (Jesse Eisenberg)

Written and Directed by Greg Mottola 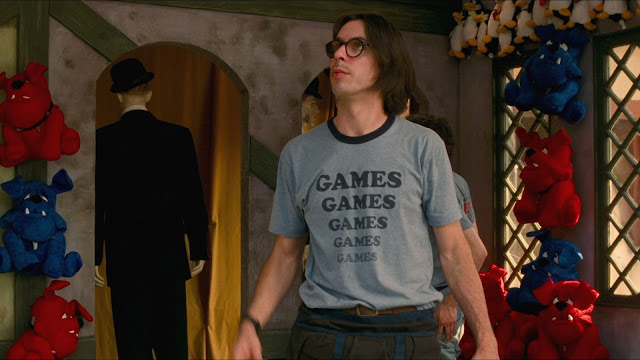 "We pay little Malaysian kids 10 cents a day to make these toys. We can't just give them away." - Joel (Martin Starr)

Directed by Bennett Miller
Screenplay by Aaron Sorkin and Steven Zaillian, based on the book by Michael Lewis 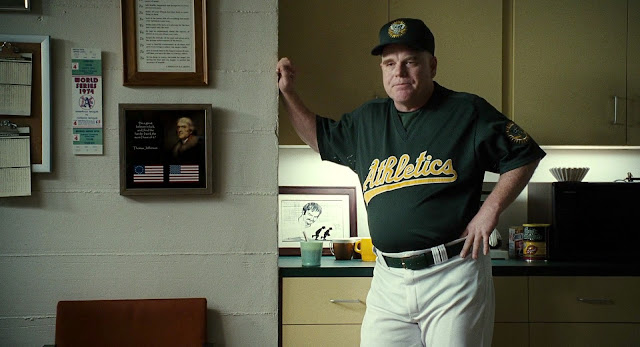 "You are outside your mind." - Art Howe (Philip Seymour Hoffman) 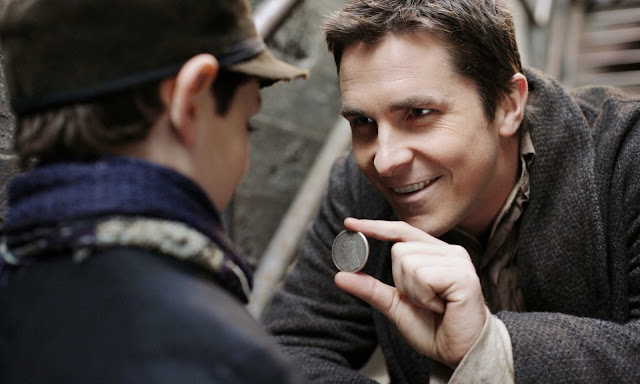 "Never show anyone. They'll beg you and they'll flatter you, but as soon as you give it up...you'll be nothing to them." - Alfred Borden (Christian Bale)

The Myth of the American Sleepover (2010)

I came to this one by way of my screening of It Follows a couple months back. I just had to go back and see David Robert Mitchell's first film. The Myth of the American Sleepover is fantastic. Just a soft and simple, loving journey into adolescence that goes for tenderness over shock. It contains characters more in search of a sweet kiss on the lips than the sweaty back seat of a car. So refreshing to see. This is the best kind of teen movie: honest, real, and warm.

Directed by Jim Mickle
Written by Nick Damici and Jim Mickle, based on the novel by Joe R. Lansdale

Now, this is a befuddling piece of work. It looks like the Coen Brothers, sounds like the pulpy trash of its source material, and makes no sense whatsoever. One critic wrote of the film, "If you want to recreate the experience of watching a movie on HBO at 12:50 a.m. in 1991, Jim Mickle's "Cold in July" is your movie." The funny thing is: this guy said that like it's a bad thing. This is a top-notch B-movie that I would watch any time. It is tonally perfect, the best kind of dark with light touches of humor and likewise perfect performances from Michael C. Hall, Sam Shepard, and Don Johnson.

I have seen 122 movies so far this year.