Saturday Speaks (and Links) Plus My Top Five Fireworks Moments

I've had a good week leading up to today, the big day, the day of firecrackers and hot dogs and hamburgers and cold beers, the day of celebrating our Independence from the British tyrants bent on making us pay taxes.

The weather has been super sucky around here lately. Rain for days. Good for my brown lawn. Not good for getting the boat on the lake. Nobody seems to be doing anything today. Today, I will eat and drink none of the traditionals. I'm going to my Mom's tonight for vodka cocktails and fried chicken and the annual City of Clinton Fireworks display. Yes! 'Murica! I don't even have to leave my Mom's front porch.

Anyway, I was inspired by Wendell's American Flag Tribute post over at Dell on Movies to put up something of my own. I woke up this morning, as usual, thinking of movies, and the first thing that popped into my head was a shot of fireworks in a movie. Of course, that led to other iconic fireworks images from some of my favorite movies. Cinematic moments made that much more epic by gun powder exploding in the sky in a a bright array of colors and patterns.

The Lord of the Rings: The Fellowship of the Ring (2001)
Director Peter Jackson
Director of Photography Andrew Lesnie

Let me tell you about my week: 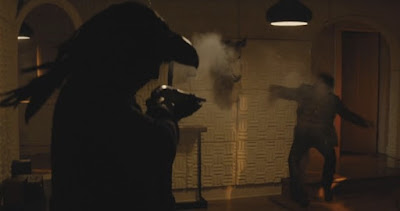 True Detective got better. Like many, I am still unsure about this season. It has that darkness, the grotesque Gothic underbelly vibe that stuck out so well with the masterful first season, yet it doesn't have the attachment to character the first installment nailed down so well, even in the first couple episodes. I won't spoil the end of the episode, but, if what I think happened happened, then we're either in for something totally badass or something totally ridiculous. Either way, I'm not giving up.

On the home front:

My father-in-law, man's man, dude of knowing how to do stuff, guy who goes by "Bones," hooked my wife and I up. For years now, we've been planning a project to build bookshelves in our living room. Like, huge bookshelves, enough to surround our TV stand and fill a wall.

This week, we succeeded. Here are some pics: 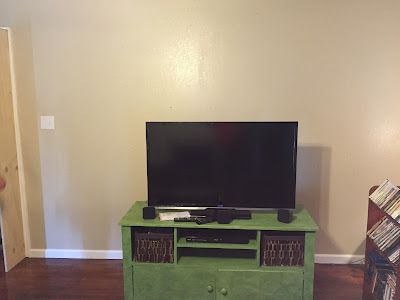 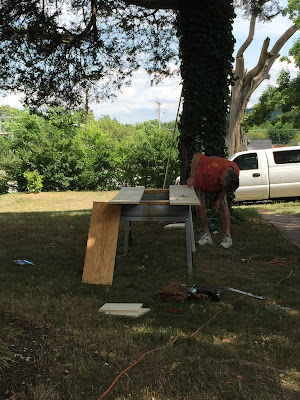 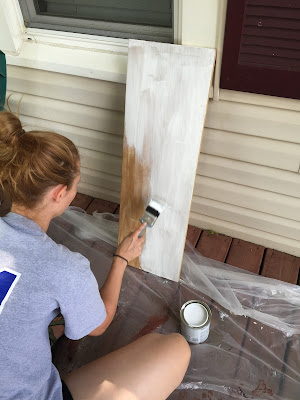 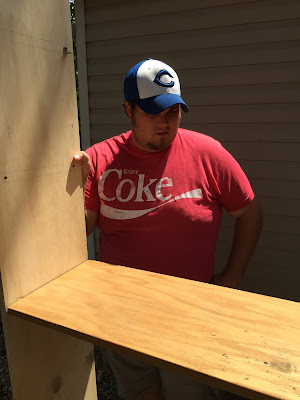 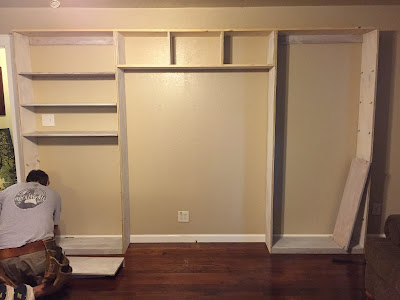 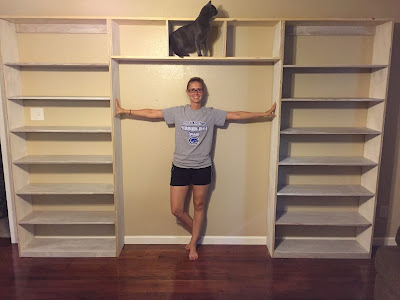 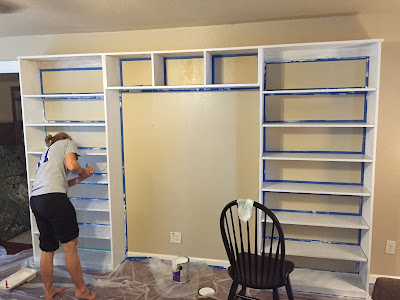 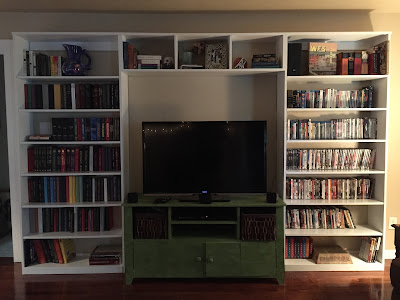 Blood, sweat, tears, paint, done. Literally, this is all I did all week. Thanks for the expertise, Bones!

Well, I did also watch a few movies. Here's what I watched:


I re-watched the freshmen and sophomore efforts from Paul Thomas Anderson, in preparation for my forthcoming Directed by series. He will be the first feature, as a filmmaker who truly made me see film in a new, revelatory sort of way. Man! Do both of these films hold up!

I re-watched the third installment of Wes Craven's Scream series. It is easily the campiest, stupidest of the three. I still like it, just not as much as the original. More on these films coming soon in another When I Was Thirty post.

My wife wanted to watch In Bruges, so we did. It was nice to be able to easily find it sitting on our new shelves. It's an awesome film! I love where it goes and how it all comes back around. Very well written, totally worthy of its lone Oscar nom, if not more.

I've seen 110 movies so far this year. Some of them new, like these from last weekend: 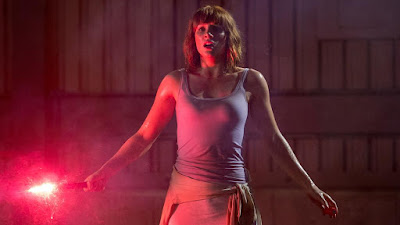 Me and Earl and the Dying Girl
Dir. Alfonso Gomez-Rejon, 2015 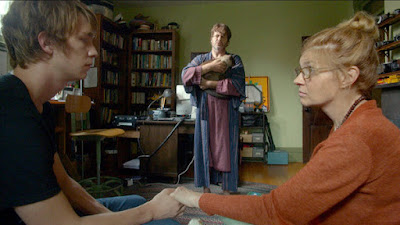 I wrote reviews of them on Monday and Tuesday respectively. Please click the titles above, if you haven't read them yet.

Also, on July 1st, Wednesday, the University of Tennessee switched from Adidas to Nike. It's a big deal here. This is just a small sampling of the new uniforms.

I saw a couple good(ish) trailers this week. Here they are:


This movie. Totally necessary! I can't freakin' wait to see this movie. Danny Boyle directing a Sorkin script with Fassbender and Rogen and Winslet and Daniels. Oh, what a great trailer!

This movie. Totally not necessary! If you've been keeping up with Fisti's Four Ways a Best Picture Roundtable, then you've heard how I was pretty much the only one of the group who LOVED the original version of this film. Yeah, this is a remake of an Oscar-winning Argentinian film of the same title. This one seems to be shifting some things around in not a good way. Julia Roberts, I don't need you to be in movies any more. You don't work for me.

Scout Tafoya did another genius video essay as part of his series "The Unloved." This time on Andrew Dominik's 2007 masterpiece The Assassination of Jesse James by the Coward Robert Ford.

Here's some greatness I read this week:

Sati ranted about this new Secret in Their Eyes

Brittani does some random short reviews