Well, I have two science fiction films in my All-Time Top Five. Sadly, my favorite of those two is ineligible here, what with the "No Space or Aliens" rule. That movie is Steven Spielberg's 1977 sci-fi masterpiece Close Encounters of the Third Kind. It's okay. He made another one that works here.

This is good though because I have some good ones lined up, thought-provoking, futuristic tales of warning about what Man might be capable of, or what we one day might go through. No doubt, my favorite sort of sci-fi comes from the Utopia/Dystopia dynamic we love so much as movie fans. I also dig robots. I love time travel. There's a bit of all that here today. No space. No aliens.


So, it's Thursday, and it's time for another installment of Wandering through the Shelves' ever so much fun Thursday Movie Picks. This week it's Science Fiction Movies (with no space or aliens).

When I was a kid, this movie was the shit. My Mom actually let me watch this when I was like 8 years old. I have no idea why. It is bloody, foul-mouthed, and features one of the grittiest scenes in my memory, the one where Sarah Connor (Linda Hamilton) goes after the Skynet designer, Miles Dyson (Joe Morton). Man, that scene is intense. James Cameron is a genius, no matter what you think of Avatar. He created some of the finest sci-fi action movies ever made. This is the best of the non-space/alien variety for me. Time-traveling robot in the form of Ahnold. Oh yes! T-1000 dude (Robert Patrick) that turns into liquid metal. Sweet! This movie is awesome! Way better than the original. Way better than all the sequels, prequels, etc., that I've seen.

Minority Report is one of the most exciting, entertaining movies I've ever seen. I seriously want to watch it all the time. Tom Cruise is perfect here, as is his character, Chief Anderton, an officer in charge of the Pre-Crime Division of the Washington, D.C. police circa 2054. In this future, murder has been eradicated in the Nation's Capital through the use of Pre-Cogs, including one brilliantly characterized by Samantha Morton, beings that are harnessed for their ability to predict murders before they happen. When Danny Witwer (Colin Farrell) shows up from the Justice Department looking for a flaw, a big one comes to pass, creating one of the great non-stop chases in movie history. And Max von Sydow is used to perfection here as the Pre-Crime Director Lamar Burgess. His turn here is fascinating. Oh, and that John Williams score. The best. 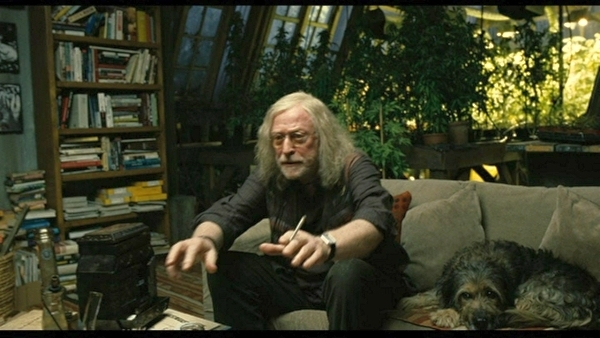 Now, this movie, my second Cuarón pick in as many weeks, is currently sitting in the five spot in my All-Time Top Five list. Children of Men changed the game for me, in my love of movies in general. I have never been so blown away by a dystopian sci-fi story. The basic plot surrounds burnt-out former activist, Theo (Clive Owen) living in a devastated London in a devastated U.K. on a devastated Earth circa 2027.  For years, women have been unable to give birth, and the world is a mess for obvious reasons. When his ex-wife Julian (Julianne Moore), now the leader of a "terrorist" organization bent on change, makes contact with him, Theo goes on a mission that may change the world. Cuarón's direction is nothing short of perfect, matched by Chivo Lubezki's unbelievable skill behind the camera. Action sequences have never been made this way. Think of Michael Bay. Now think of the exact opposite of that. Oh, yeah. And Michael Caine plays an old pot-smoking hippy.

Click here to read an essay I wrote on this one.