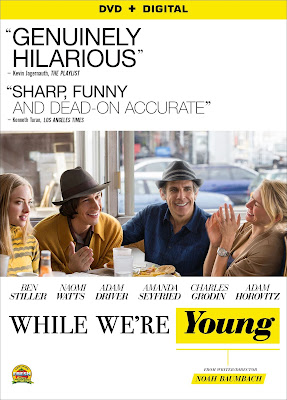 I wish Noah Baumbach was as consistent a storyteller as he is a writer. It makes his movies hit and miss. But really? Who am I kidding? I have never not liked a Noah Baumbach movie. He is just that good. But they don't always work as compelling stories.


Like Woody Allen, he has a keen ear for hearing funny dialogue. (And may be picking up Allen's work ethic with another film dropping as we speak, Mistress America, a new collaboration with his Frances Ha star, Greta Gerwig.) The actors in his films are acting. They are reading from a script. A script that is funny and engaging and eloquent in ways we only wish we could be all the time. In that aspect, his films are pure movie. As pure movie they observe truths about the real world that are so spot-on it's amazing...and laugh-out-loud funny.

While We're Young is no exception. It stars Ben Stiller and Naomi Watts as Josh and Cornelia, a couple in their mid-40s, who, as the film opens, are contemplating having a baby. They've tried before and it didn't happen. Now, as their best friends, Marina (Maria Dizzia) and Fletcher (Adam "Adrock" Horowitz of Beastie Boys fame) have them over to meet their newborn for the first time. The conversations they have on the subject are priceless and precisely how married couples co-rationalize decisions. 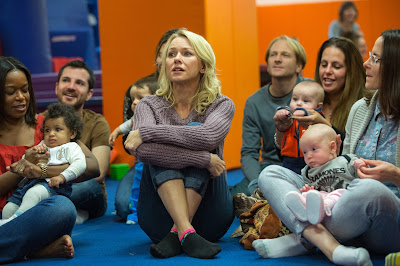 Josh is a documentary filmmaker hung up on a project eight years in the making about "Power in America." It is mostly a series of interviews with an boring but brilliant academic. Cornelia is a successful documentary producer, whose father, Leslie Breitbart (Charles Grodin), is a world-renowned, award-winning doc maker himself. If these characters sound Allen-esque, well, that's because this dynamic, and this dynamic alone, is extremely similar to Woody Allen's masterpiece on legacy and aging and artistic integrity, Crimes and Misdemeanors.

Anyway, at a lecture Josh is giving, a young couple in attendance strike up a conversation. They are aspiring doc maker, Jamie (Adam Driver) and his wife, Darby (Amanda Seyfried), who "makes ice cream." The younger live in an hipster's wet dream. Josh plays with his iPhone. Jamie has shelves of record, real records on vinyl. They "create" and "make things" and "build stuff" and are EXACTLY what we think of as the modern "hipster" couple. 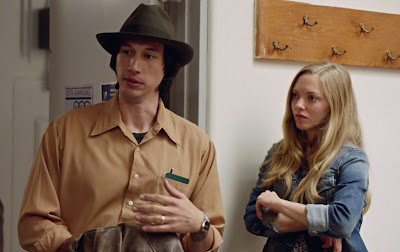 Josh and Cornelia are in love, in infatuation, in something, and it is so much fun to watch. The intricacies with which Baumbach fleshes out these characters is living proof of just how great a writer he is. Consider a scene in which Josh and Cornelia describe Jamie and Darby to their friends with the new baby. Josh begins describing Jamie's music collection. "It's Thin Lizzy next to Jay-Z next to Mozart. It's democratic." Cornelia counters with their decor. "It's like their apartment is filled with everything we once threw away. But it looks so good the way they have it."

The first half of While We're Young is filled with this sort of observational greatness. Then, a drug trip scene sort of sends the movie into another dimension only to have it come out on the other side as a story of success and artistic integrity and one-upmanship. It just didn't work for me as a whole story. But the second does have quite a bit to say about the sensibilities of the "Me Generation," the Millennials, of which I am a part. 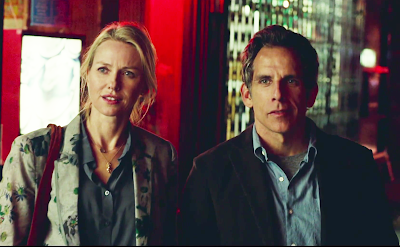 Josh's film is a labor of love. It took time. Too much time. But it means something to him. Jamie's film, the making of which takes up the middle section, starts with grand idea evolves into something better, and then is revealed to be a...well, I won't spoil it. But the way the movies with the movie play against each other to mirror the ages of the characters works.

It's hard to get down to it, actually, as far as what I didn't like about this movie. I just know I didn't love it. I got bored with it, especially towards the end, much like I did with Baumbach's first film with Stiller, Greenberg. There is a shifting in tone with both of these movies that just took me a bit by surprise, and ended up diminishing it.

While We're Young is not up there with Kicking and Screaming or The Squid and the Whale or Frances Ha, but it's a good movie that's well worth a watch. Maybe even a second watch. That's just as well.

I will always see the new Baumbach. Something I can't say about Woody Allen.