My Thursday Movie Picking has been a bit intermittent of late. (I know. I know.) Stress from work begat a weakened immune system begat a fairly brutal case of bronchitis mixed in with the Thanksgiving Holiday, and I've barely had time to do any posting of any kind.

It is Thursday though. Maybe my favorite day, and I just can't say no to this week's theme on Wandering through the Shelves' Thursday Movie Picks. I mean...Con Artists! Easily some of the best movie characters have taken the grift as their lifestyle of choice. And I've always found myself drawn to the seedy ones, the ones who run true confidence tricks with a look at the big score, the long con. 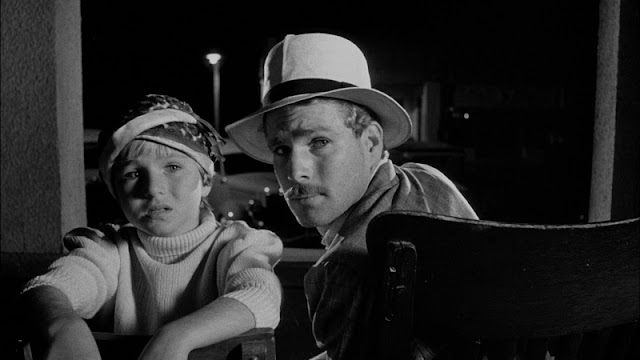 Few movies are as fulfilling as Peter Bogdanovich's follow-up to his 1971 masterpiece The Last Picture Show. Both films use black-and-white for immersion into a time and place as opposed to simple style. They couldn't be more different in tone. Paper Moon stars Ryan O'Neal opposite his daughter Tatum O'Neal (Oscar Winner at 10 for Best Supporting Actress) as a small-time con man, who's main game is ripping off widows, selling personalized Bibles door-to-door. He finds a partner in a young girl named Addie, who possesses a keen aptitude for the con. This flick is funny, warm, and just plain lovable. 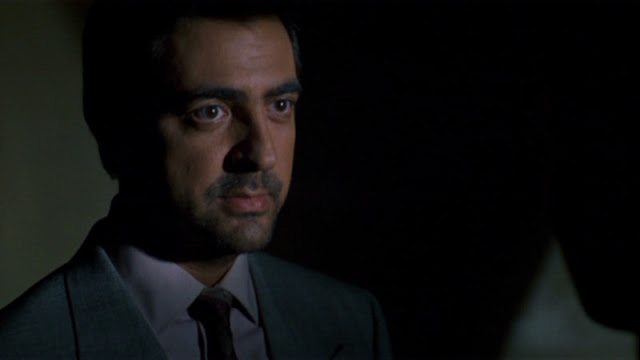 Nobody writes a twisty, hard-boiled plot like Mamet. The dude is a certified genius. Known as a playwright, Mamet tried his hand at directing a film for the first time with House of Games, the story of a famed psychiatrist (Lindsay Crouse) brought into a world of seedy pool halls and cigarette smoke and slick con games, the world of Mike, a smooth-talking grifter played to absolute perfection by Mamet regular Joe Mantegna. This is one of the best screenplays ever written, labyrinthine but never hard to follow, filled with the witty, intelligent dialogue only Mamet can write. 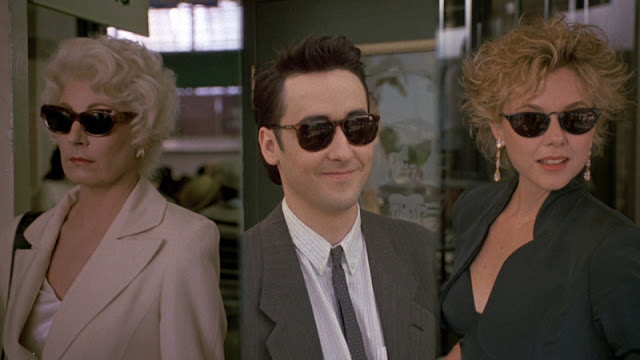 It has been awhile but I just can't forget this one image from the early parts of Stephen Frears' pulpy 1990 con game called The Grifters. It features John Cusack as Roy Dillon, a small-time con man, sitting at a bar with a beer and a $10, running the short change trick. A move that ends up getting him a punch in the gut that will lead to a maze of betrayal. The script finds his loyalties tested when his con artist mother (Huston) comes back into his life around the same time he falls for a mysterious woman (Bening) with the long con on her mind. Nothing goes right for anybody in this movie, and it is so much fun to watch. Excellent work all around, especially from director Frears, who Martin Scorsese (as producer) handpicked to take the helm. 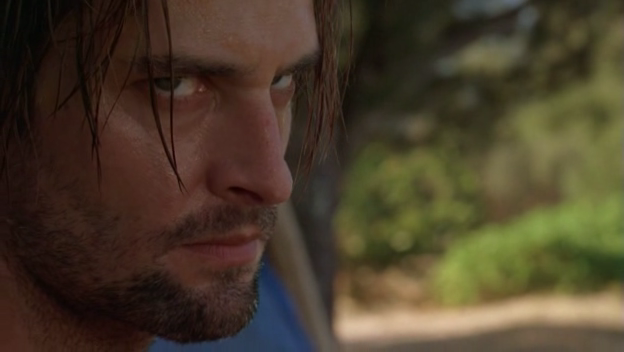 Oh, how I miss LOST. It is simply the best network television show ever made and, for me, one of the best series of all-time. The greatest of the show's patented flashbacks feature Sawyer, the Southern con man with a tragic past. He always seems to be running the long con but never seems to get it right. That is, until The Island offers up a store of guns in Season 2. Don't fight it. Watch this show. It can be binged on Netflix in a matter of weeks, even with an average of 20 episodes per season.