For me, it was always Easter and Thanksgiving when my whole family got together. Christmas was always spread out. My parents got divorced when I was five, so Christmastime, while wonderful, was split up and not usually a full-on family reunion.


Having said that, the catalyst for a family reunion is sometimes random. I have one of those. It is sometimes based on bad news, or the idea of it. One of those as well. Weddings bring families together, whether the bride and groom want that or not. Trust me. And I have one of those. Then, I've got a Christmas Bonus for you. Families seem to get together for Holidays. And a lot can happen...

So, Thursday is here, and it's time for another entry into the world of Wandering through the Shelves' Thursday Movie Picks...Family Reunion-style. 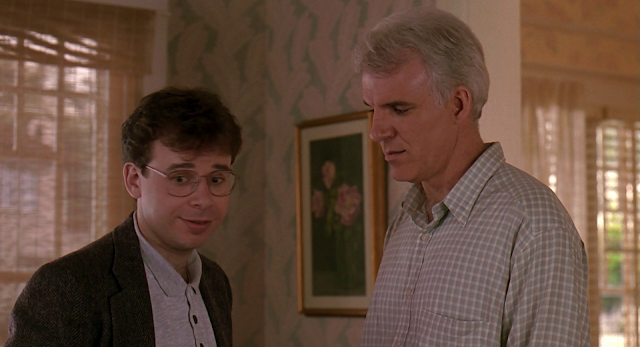 The Buckman family live close together, middle America. It is made up of four adult siblings and their kids, some of whom are on their way to adult- and maybe even parenthood, themselves. For these siblings, including characters played by Steve Martin and Dianne Wiest, and their parents (Jason Robards and Eileen Ryan), it is the arrival of the baby of the family, Larry (Tom Hulce), who brings them all together. This movie is equal parts sweet and funny. I mean really funny. It was a huge hit for director Ron Howard. Rightly so, it's a solid, easily re-watchable movie. Trust me. I've seen it several dozen times, and it never gets old.

Well, I reckon I've run the gamut on Wes Anderson flicks this year. Time to retire them, I think. But this has to be here. For the first time in over a decade, the adult children (Ben Stiller, Luke Wilson, Gwyneth Paltrow) of Royal Tenenbaum (Gene Hackman) and his wife Etheline (Anjelica Huston) come back together under one roof. Royal is dying? Well, if you haven't seen this movie, do so immediately and see how Wes Anderson became one of the truly great visual stylists of the cinema. It starts here. 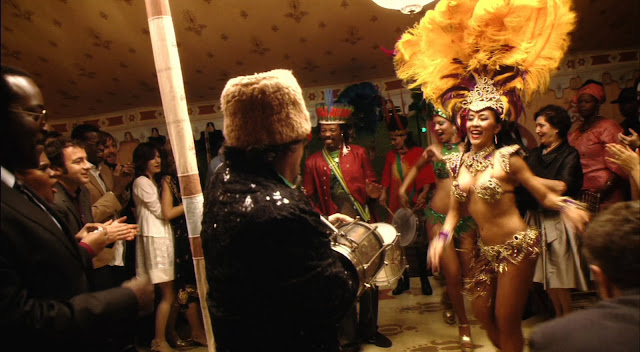 I think about this movie all the time. It has some of the most real, human emotion I've ever seen in a fictional film. That is all Jonathan Demme, working from a great script by Jenny Lumet (Sidney's daughter). He shot this thing almost like a home movie. All handheld. Non-actors, mostly musicians. The real actors that drive the thing are outstanding. Rachel (Rosemarie DeWitt) is of course getting married. But this is the story of her family, her sister, Kym (Anne Hathaway), their past, their mistakes, their triumphs, their loves, their demons, all brought together into a joy of a film rife with plenty of both gut-wrenching, relatable drama and human comedy. And the musical interludes Demme has seamed into this thing are brilliant.

For example, f you have the time and don't mind a spoiler (if you haven't seen it), this: 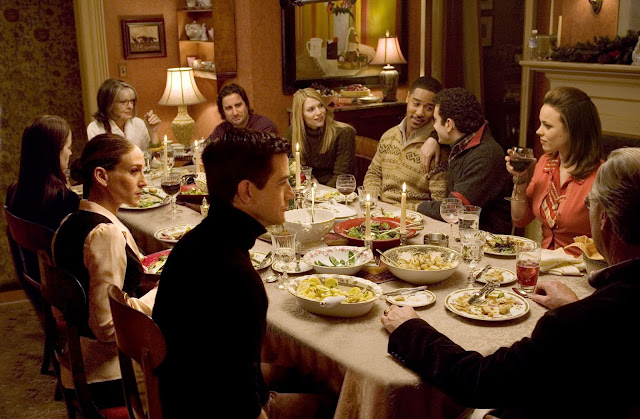 It seems this one isn't as universally liked as I thought, when I did my Google of it. But I loved this movie back in 2005. Featuring a great ensemble cast, it is the story of the Stone family, who reunite every year at Christmas. This time around, the prodigal Everett (Dermot Mulroney) is bringing his new gal, the ultra-conservative Meredith (Sarah Jessica Parker) to a table of liberals. He might propose to her, his mother (Diane Keaton) fears. Enter a series of mishaps and arguments and misunderstandings to turn the place upside down as Christmas Day nears. The cast of this thing is seriously epic, including also Rachel McAdams, Luke Wilson, Claire Danes, Craig T. Nelson, and Paul Schneider.

Email ThisBlogThis!Share to TwitterShare to FacebookShare to Pinterest
Labels: On a Thursday, Parenthood, Rachel Getting Married, The Family Stone, The Royal Tenenbaums, Thursday Movie Picks