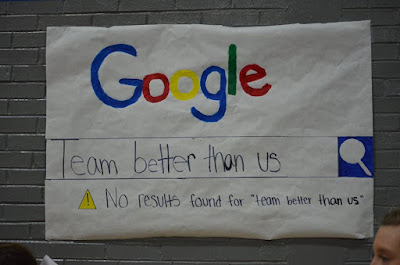 Now, this has been a slow week for movie-watching. I am co-sponsor of my school's student section, Hawk Nation, and we have one of the best basketball teams in the region this year. Just an amazing group of athletes. Anyway, we're 21-1, heading into our district tournament. Our students have given their all in support of the team this year, and I've been there every step of the way.

With two home games this past week, though, that puts me at work, essentially, from 7:45 AM until about 8:30 PM with only about 2 hours of that away from our students. It is fun...but wrecking, and it leaves little time for movie-watching. C'est la vie. 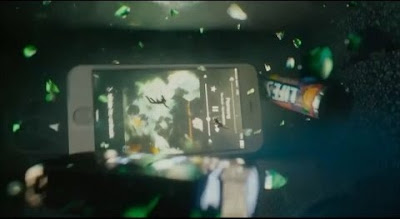 Sometime while watching this movie, I instantly regretted not seeing it on a huge screen last summer. So. Much. Fun. The action sequences are just insanely unique and a blast. It's not a great movie, but, as superhero movies go, at least there is some solid humor. After the harsh, loud blowing-up-of-shit for two-and-a-half hours in Age of Ultron, this is a breath of fresh air. And that briefcase fight. Coolest action sequence of the year. That's about it though. Just fun. ★★★

Just saying the phrase Mississippi Grind evokes a sense of both Americana and hard times. Mississippi plays a role here, several roles. So does Iowa and Missouri and Arkansas and Tennessee and Louisiana, all of those states along the Mississippi River, where the gamblers and ramblers of the Midwest and Southeast combine to lose and be losers. So tragic is life, even more so for addicts, yet so redeeming their stories can be, both for them and those who experience them.

Ryan Fleck and Anna Boden have made a name for themselves as uncompromising makers of small films, character studies, pieces that break into the core of human flaws and how they work on us and those around us. They came onto the scene with Half Nelson in 2006, the story of a drug and alcohol addicted high school teacher played by Ryan Gosling. I liked it. Need to see their other two, Sugar and It's Kind of a Funny Story. But this one I loved.

Ben Mendelsohn is Gerry, a down-and-out gambler/real estate agent in small town, Iowa. He owes money all over town but not to your normal kingpin type characters. Ryan Reynolds is Curtis, a drifter who seems to find things in people hitting bottom. Together, these two will forge a relationship that gives and takes and then heads on to the next spot, all roads leading to a big poker game in New Orleans. The best thing about this film is that Fleck and Boden spend time on these two men. This isn't your normal slick gambling picture, which was the problem with the similar but ultimately maddening failure of 2014's remake of The Gambler. No. this is full on character study, a picture of addiction and friendship and moving on that makes all the right moves. ★★★★ 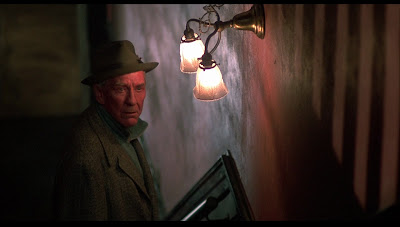 What can be said that hasn't already? I guess we'll see what I can put together for my Blind Spot reaction to this film, one I certainly should have seen by now and finally did, mostly due to the emergence of the spin-off Creed, which finds Sly Stallone back in the shoes of Rocky Balboa, a role that just may win him an acting Oscar, once and for all.

To tease my future post: I love this movie. I love it for the small scope, the little moments of life this movie shares. It's not about boxing, and I honestly didn't know that about it.

I'm hitting the tail-end of my Tarantino retrospective, and I'm finding it hard to pinpoint a moment to highlight as the most significant in Kill Bill Vol. 1. It is way too hard with this one. It is just so full of greatness in story, dialogue, and action direction, all three. The shot above is where I'm at right now. The "Crazy 88" sequence and the switch from color to black-and-white. It is really and truly amazing what Tarantino pulled off in that moment, knowing he would be battling an NC-17 for all the carnage, and making a stylistic choice with that as a base. It's brilliant. And the soundtrack cuts during this segment of the sequence are perfect. This is Tarantino doing a genre exercise and telling a good story. Too bad he forgot his abilities in one of those ares while making The Hateful Eight.

Brittany has a solid Top 10.