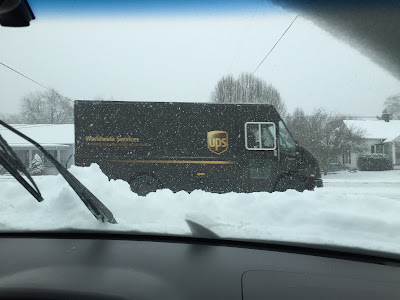 The UPS man don't care to deliver in the seven inches of cold powder we got on Wednesday. It was enough to give me a few extra days off work though. I love being a teacher in the South. Plus, I needed it. Got the usual cold and sore throat by way of seasonal depression just before the storm. Nothing else to do but sit inside and stay warm and watch a shit ton of movies. 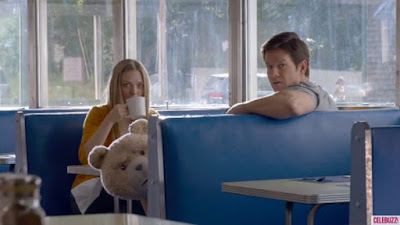 Funny. Very funny. Not as funny as the first, but I really dig Seth MacFarlane's approach to comedy and have since I started watching Family Guy in college. The whole just-throw-em-out-there-and-see-if-they-stick approach. It works for me more than it doesn't. The sequel finds the titular foul-mouthed Teddy (Seth MacFarlane) working alongside his best friend John (Mark Wahlberg) and new acquaintance Samantha (Amanda Seyfried) to earn his rights as a "person" to marry his sweetheart Tami-Lynn (Jessica Barth). ★★★

Now, here is a revisionist Western that plays more like a traditional. Temporarily disabled, with a broken leg, Arthur (Patrick Wilson) finds his wife Samantha (Lili Simmons) has gone missing, presumably kidnapped by cave-dwelling savages (for real), and heads out alongside Sheriff Hunt (Kurt Russell), his deputy Chicory (Richard Jenkins), and armed gentleman Brooder (Matthew Fox) to find her. It employs a standard journey and its pitfalls in grand fashion until it turns around into a shockingly violent final act. It's a strange one. Definitely worth a watch. And I'm so glad to see Matthew Fox alive and well. I've missed him. ★★★ 1/2 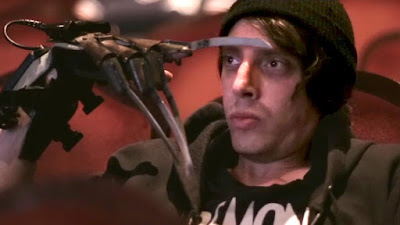 If you listen to the Filmspotting podcast, you've probably heard of this one. Adam and Josh raved about this one, an ultra-low budget super dark comedy about a small time con artist (if you can even call him that) and his tragically comic descent into paranoia. It didn't hold me enough to recommend, but it has something going on for sure. And is quite an assured debut from director Joel Potrykus and star Joshua Burge, whose Marty Jackitansky is surely one of the most interesting movie characters in a long time. ★★ 1/2 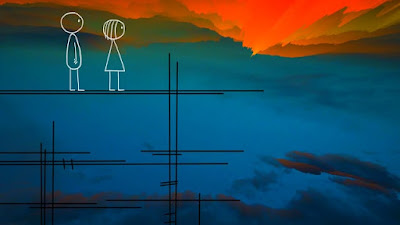 Goodness gracious. This is a mind-bending 16 minutes well spent. It's on Vimeo (for $5) and now Netflix. You have no reason not to watch this film. It is a quick, but powerful, breath of life that follows a toddler (voiced by Winona Mae) taken on a journey 277 years into the future. It accomplishes more with little stick figures in such a short time than most movies ever dream of. ★★★★ 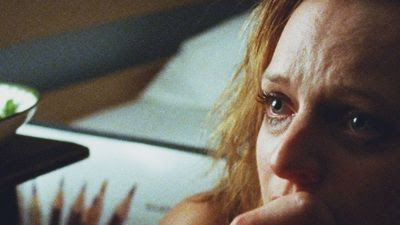 To watch this film is to watch two actresses reach depths of emotion rarely seen. It's a challenging film as much as it a challenge for its stars. Elisabeth Moss stars as Catherine, a wealthy twenty-something in the midst of several life tragedies, well on her way to a complete and total nervous breakdown. Luckily(?), it's time for her yearly R&R at her best friend Virginia's (Katherine Waterston) lake house. Through mostly close-ups of faces, writer/director Alex Ross Perry has made a film of strange power that is equal parts maddening, terrifying, and disarming. I HATED these characters with a passion, but I couldn't look away. It is a unique movie experience that has been on Netflix most of the year. Glad I finally got to it. ★★★ 1/2 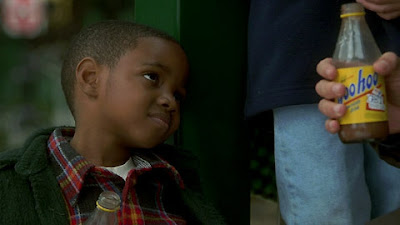 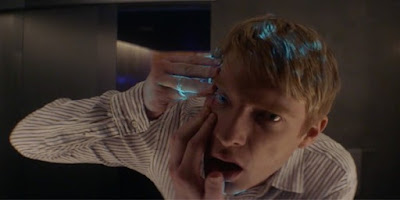 "I'm gonna tear up the fuckin' dance floor, dude. Check it out."

If you haven't already, I've finished my Tarantino retrospective as part of my Directed by... series. Please check out QT's entry.

For Christmas, my wife pulled all our family together to help me complete my Spielberg Blu-Ray library. It is nearly complete. In 2016, I will finish watching all of Spielberg with the goal, the cherry-on-top, if you will, of an epic three-part Directed by...post. Oh, and I'm going as chronologically as possible, including his TV movies and episodes (that I can easily find). I hope to find most of his short films and include those as well. 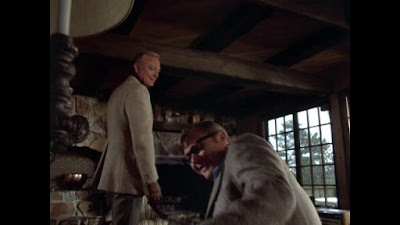 Spielberg's earliest work was as a hired gun for TV episodes and movies. He got the gig for the first episode of Columbo at age 25 and already was showing signs of his flare for creating lasting images. There are some superb shots in this thing, and it's a great tone setter for the series, which I remember watching with my Dad as a kid. 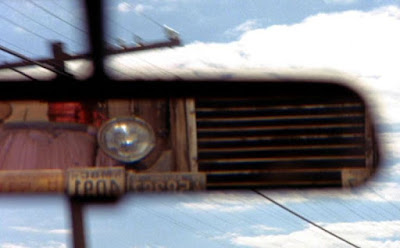 That same year, Spielberg showed what he could do as the head of a feature length film. This thing could be a multiplex hit today. What a breathless, non-stop ride! It is filled with great visual techniques and practical effects and works as a terrifying thrilling entertainment.