A Visit to an "Old" Movie Theater 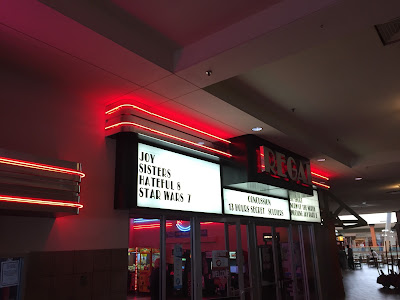 Not sure if any of you know this, but America's largest movie theater chain, Regal Entertainment Group, which manages Regal Cinemas, Edwards Theatres, and United Artists Theatres, is headquartered in a little community just north of my home city of Knoxville, Tennessee. In Knoxville, Regal is pretty much all there is, save a couple. One of the more interesting of the mulitplexes is housed inside Knoxville Center Mall. I remember when it opened, one of the first to open with "stadium seating" in the area. We used to catch movies there when I was in high school. I even got myself and my group of friends kicked out of a screening of Scream 2 there, once upon a time.

In the years since high school, I don't think I visited the place once. In the past month, I've been there twice. It's a neat little place. All of the auditoriums are small, probably the smallest in Knoxville, and I like the bit of nostalgic warmth it provides. Plus, it's where I saw one of my favorite movies of 2015, just last Sunday... 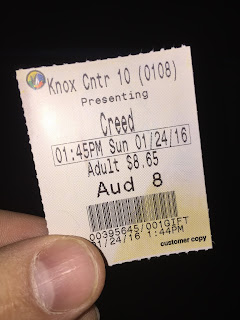 I love this movie. It has everything we love about the original Rocky...and more. Read my review, if you haven't already.

Right after seeing Creed, we headed across town to West Knoxville to the Regal Cinema Art theater, Downtown West for... 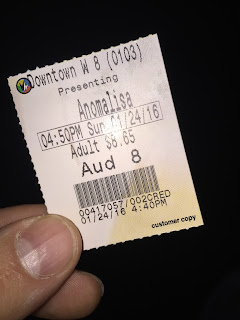 What an odd little film this is. Not sure I should've expected anything less from Kaufman, pretty much missing in action since 2008's Synecdoche, New York, a mind-bender of pure realism that continues to elude any semblance of making sense in my own mind. I still loved it. 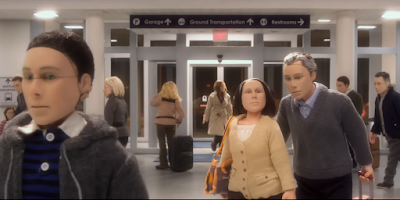 Anomalisa introduces us to Michael Stone (voiced by David Thewlis), a customer service guru on an overnight to Cincinnati, where he is to speak to a roomful of customer service reps. From the airport to the hotel and then through the night, we meet, alongside Michael, a barrage of people that all sound the same, are all the same. (All voiced by the actor Tom Noonan.) And how true that is. And how interesting that is pulled off here with the stop-motion animation. The only other bit of uniqueness whatsoever is Lisa (Jennifer Jason Leigh). The "anomaly" Michael is looking for.

This is a film of such stark simplicity it pretty much blew right past me, leaving me with little emotion....until I sat with it for about 15 minutes (the car ride home) and felt this absolute wonder of what had just happened. I'm not in awe of this film like many others, and, as of now, find it one of Kaufman's weaker efforts as a writer (though that's not really possible for him). But I have this feeling that a re-watch might really be necessary and most likely change my mind. ★★★ 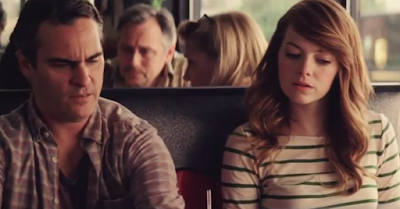 I'm only seeing every other new Woody Allen film these days, it seems. I dug this one, not expecting much. It went to a place I never saw coming, a place Woody has gone to before, just not from this angle. Joaquin Phoenix stars as Abe, a philosophy professor in the midst of a life-crisis involving the fact that life sucks so much (not a new idea for Woody). Plus, he's bored. Enter Emma Stone as his most promising student, Jill. She seems to inspire something in him that he's been missing. What that is needs to remain a mystery. In fact, the less you know about this movie, the more effective it will be. ★★★ 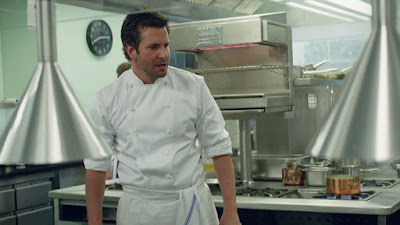 Gag me with a sous vide bag. I love fine dining, though I've never done it. There's just something about super expensive fancy food that I can't get enough of. Let's just say I'm a huge Top Chef fan. Cooking is no doubt an art form. This movie does nothing for it. How can you take such a sexy thing as cooking great food and remove every bit of sexiness from it? This is the equivalent of the shitty gambling picture, The Gambler (2014). A deplorable character (Bradley Cooper) gets rewarded for being an asshole in a movie that doesn't even come close to respecting the alluring subject matter it promises. ★ 1/2

I'm pretty much meh on this one. It's got some nice touches of humor and some killer supporting parts, most notably Michael Sacks as a Texas patrolman held hostage and the great Ben Johnson as his superior. The plot is too familiar...a struggling woman named Lou Jean (Goldie Hawn) busts her husband, Clovis (William Atherton), out of jail, creates a hostage situation, starting a spiral that has an end so easy to see coming it's almost no fun. But it is at times, specifically in some of the simple humor of simple everyday people. It's a good looking film too, as expected from Spielberg. I find the casting of Goldie Hawn totally off. She's just too "cute" for it and can't really pull off Texas poor.

Lauded by my two best friends and I (when we're drunk) as "the best fucking movie ever made," Jaws may very well be one of them. For us, it's all about Robert Shaw's badassness and Richard Dreyfuss' smartassness. Seriously, this movie is so damn fun to watch. Perfectly structured, working as a horror, a thriller, a dark comedy, and a story of men and their deepest fears. "Farewell and adieu to you fair Spanish ladies...."

Oh, and I got to see this projected on film in a movie theater on Fourth of July Weekend a couple years ago while visiting my little sister in Denver. Oh my! What an experience! One of the greatest of my life.