In Movie Lines (with a Never-Ending Winter, Peyton Manning, some Dope...and Links)

I have to do it...every year. What is it about this movie that just makes it better and better every single time? Could it be the repetitive nature of the narrative itself? Is it Bill Murray's absolute sarcastic perfection? It doesn't really matter. I can't get enough of this movie, and I'm fine with that. 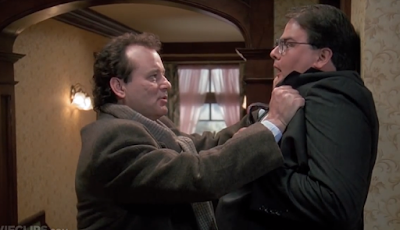 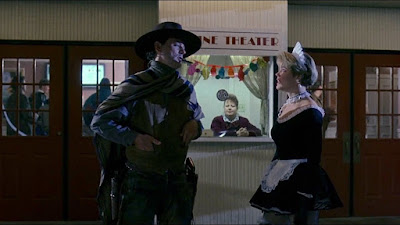 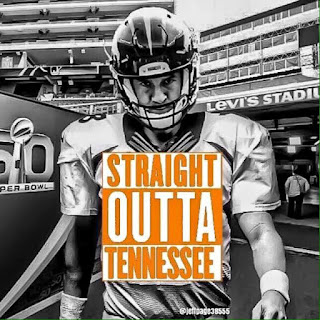 Congratulations are in order for the Denver Broncos. No thanks to Peyton Manning. He didn't play well. He's decidedly over the hill. But we still love him. We like having him around. By "we," I mean all of us, but especially my people, the people who love the University of Tennessee's football program.

You can thank us. We gave you Peyton, and Peyton gave his all to us. Then...he continued to do so. Over 18 seasons as an NFL quarterback, he has shattered about every major record, won two Super Bowls, graced the stages of late night talk shows and killed it on SNL. Plus, all those great TV commercials. All while being a good family man, who just wants to kick back on Super Bowl Sunday with "a lot of Budweisers." You can't beat it. He's a role model.

If you haven't felt the love already, I urge you to read Russell Wilson's (quarterback for the Seattle Seahawks) note of thanks to Mr. Manning and what he has meant to so many players and fans throughout his career.

I know Eli didn't feel it too strongly, at least on his face, but even he loves his big bro. I'm sure of it. 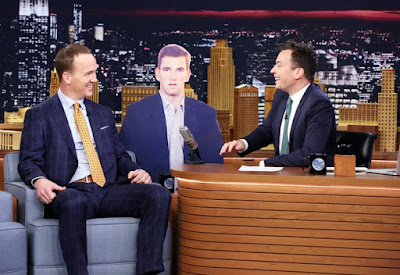 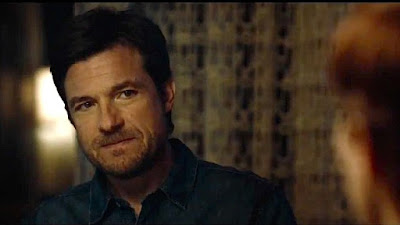 If you're one who thinks Jason Bateman is pretty much always playing an asshole, then see this one, where he ends up as the asshole to end all assholes. Simon is actually a remarkable role for him. It gives us that dark edge he always seems to have underneath. Joel Edgerton steals the show here though as both a performer, playing a creepy "weirdo" named Gordo, and as director. The suspense this thing carries actually weighs the room down. Not an easy feat. I didn't love this movie, at least not like so many others. But, as it sat, I got more out of it. ★★★ 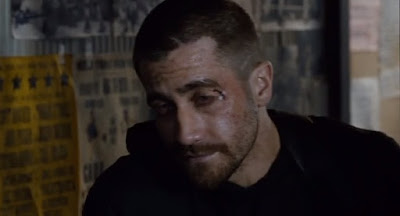 The things that turned me off in the trailers for this movie (Gyllenhaal's hood inflection, McAdams being cast at all) really ended up working. This is just another in a long, now never-ending line of strong leading turns from Gyllenhaal, and McAdams delivers the single most powerful moment this film as to offer. I loved the first act of this movie. Tonally perfect. After that moment, this thing devolves into cliché-ville. It's never bad. And the boxing matches are just brutal. (I'm talking Raging Bull in color without all the flashbulbs.) But I expected more, especially since we got a truly great boxing movie this year in Creed. ★★★

I was on a high after this movie. I didn't think too deeply about it. The negativity I've read of this movie seems to want to focus on what they wished it had done, instead of what it does wrong. The thing it does wrong is throw way too much out. You've already got this nice Risky Business in the hood thing going on. Plus, a nice touch of Superbad. Then, you have all this great originality in character and setting, simply because we don't get to see it that much. I'm not sure the overly-violent drug-dealing blackmail plot really needed to happen. But I even had fun with that, so whatever. Like I said, I was high on this movie...And Zoe Kravitz. She is truly the second coming of her mother, one of my great childhood crushes...the one and only Lisa Bonet. The resemblance here is uncanny. ★★★ 1/2

This is what happens when you take Gillian Flynn's worst novel (even though it's not that bad) and cram it into a two hour movie where everybody comes off as just going through the motions. The cast is great. And director Paquet-Brenner knows how to ride a mood. The problem is with the screenplay not figuring out how to movie this thing, and the editing in which everything gets smushed together. The book is deliberate in always telling where and when we are. The movie just lazily puts the book on the screen with very little care for the tricky nature of Flynn's writing. Still, it's never boring and works as a highly engaging, more "made for TV," thriller. ★★ 1/2 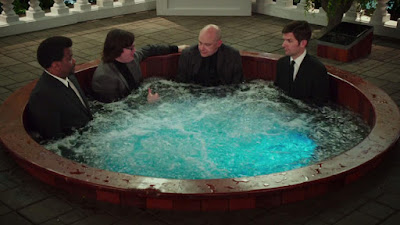 My wife and I went to see the original Hot Tub Time Machine on our first date. We were already friends, so it was not an odd choice for a first date. I assure you. I'm not that bad a person. It was her idea. Anyway, we've always had such a fondness for it, and it really is a genius, almost surreal, comedic experience. There is nothing like it. The sequel tries to follow in that vein. And almost gets back to it. It's a shame they couldn't do without the projectile vomit and other fluids. There is a clever time travel comedy in here somewhere. It's just coated with, well, just name it. ★ 1/2 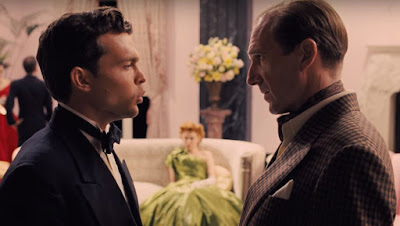 The Coen Brothers are back as far as I'm concerned, though, for me, they never left. They've yet to make a movie I downright hate. This one is almost impossible to hate, though I've heard from a few that were near there with it. There is a bit of a fault in that it does way too much and gets messy, detracting from the message it wants us to take away, but what a glorious mess. Check out my full review.

Fisti at A Fistful of Films has some thoughts on some things.

Dell at Dell on Movies has a blogathon going, the Acting Black Blogathon.

ConMan at the Movies ranks the Adapted Screenplay Nominees.