In Movie Lines (with Rhyming Dialogue, Warm Apple Pie, and The Guy on the Couch) 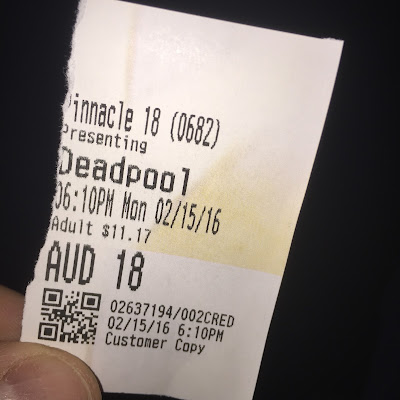 It didn't blow me away as much as it has seemed to do for some, but it is hilarious, violent, fun, stylish, and features the perfect man for the job in Ryan Reynolds. Read my full review.

There's been a bit of division over this one lately. I took some light heat from Fisti on Twitter on this one, but I will stand by my statement. I loved this movie. It's a sharply on-the-nose sermon with a fully positive message. It is alive, musical, rhythmic, dialogue of rhyming couplets. It is a bit silly. It's not a perfect movie. It will put some people off. But I dug it. It's got fun and powerful truth in every moment of its fantasy. ★★★ 1/2 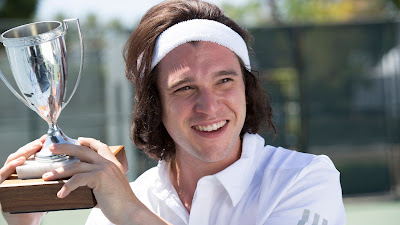 Made in the style of an hour-long HBO Sports special, Kit Harrington (of Game of Thrones fame) plays a dim-witted young prodigy who battles Andy Samberg (of SNL fame) as the mullet-wearing badboy of Tennis in an epic showdown at Wimbledon that seemingly never ends. Half in your face, half deadpan. An easy watch. ★★★ 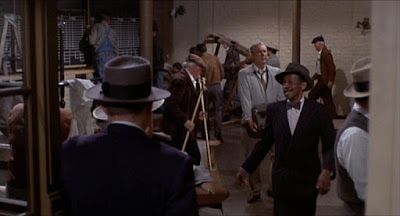 How cleverly matter-of-fact this movie is, holding total control over the story and its various twists until it evolves into just plain fun. Glad to have finally seen this one. Full Blind Spot reaction coming tomorrow. 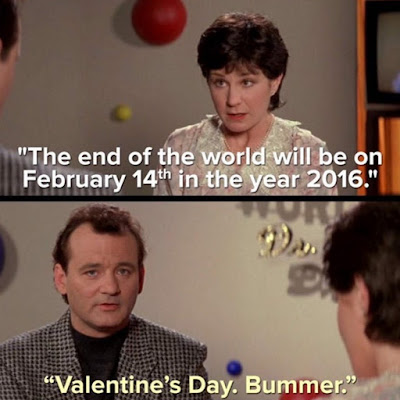 Well, it was Valentine's Day. I was a touch hungover from the drinking I'd done with my best friend, who came in for the weekend. This meme was floating around. I had just bought the Ghostbusters films on Blu-Ray. It was meant to be.

"It's an evolution of the mind."

I decided to revisit this one after picking it recently for Thursday Movie Picks. It plays a bit cheesy in some of the opening scenes. Feels a bit dated. But the end of this movie is an absolute miracle of storytelling. And the soundtrack is one of the most timeless and perfect ever put on film. 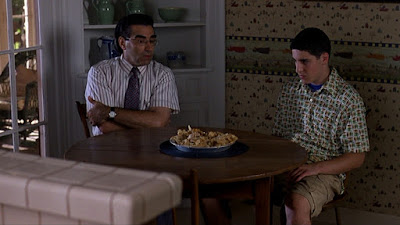 "We'll just tell your mother we ate it all."

Is there a better screen Dad for my generation than Eugene Levy as Jim's Dad? I'm hard pressed to think of one. 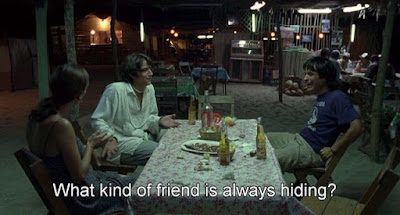 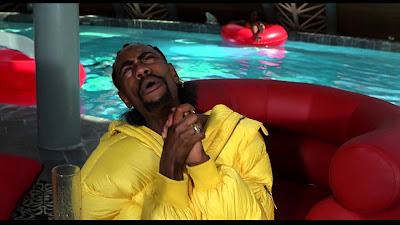 This movie is 82 minutes of non-stop comedic brilliance. The plot is stupid, but the rest of this movie is anything but. Dave Chapelle was and is forever a genius.

I don't know if any of you listen to The Next Picture Show podcast, but it is so much fun to play along with. The crew over there recently did a pairing of Barton Fink and Hail, Caesar!. It was a great conversation. 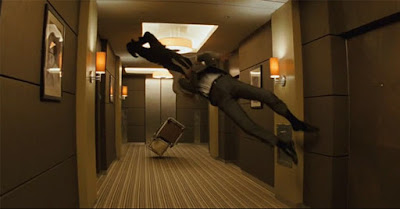 My wife and I, after three attempts now, finally understand this movie, if that's even possible. It really is staggering piece of filmmaking. So clever and fun and perfectly made.