Ummm....okay. In the past three weeks, I have been swamped. Movie watching is down. Blogging is down. I feel like I need a break from blogging, but I just can't do it to myself. I need it, and I need you guys, who so faithfully engage with me.

I have only watched 12 movies in that time and have pretty much stuck to Thursday Movie Picks as far as output is concerned. Thought I might as well purge about my recent watches. So, without further ado... 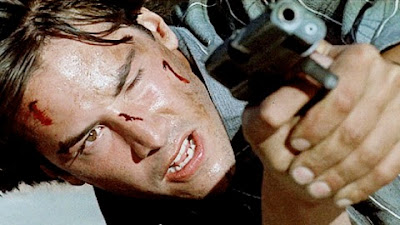 "100% pure adrenaline. Some people jab a vein for it. All you gotta do is jump."
- Bodhi (Patrick Swayze) 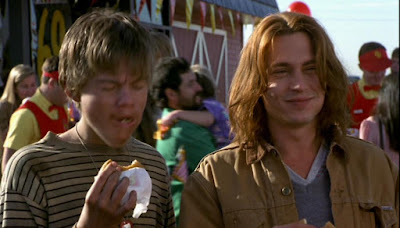 "I'm having a birthday party, but you're not invited, but you can come if you want."
- Arnie (Leonardo DiCaprio) 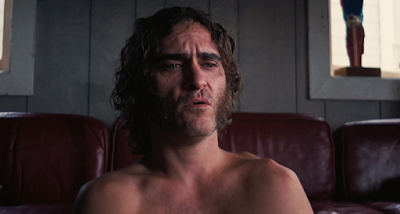 "Listen: I'm sorry about last night. You? Why should you be sorry?"
- Doc Sportello (Joaquin Phoenix) and Lt. Det. "Bigfoot" Bjornsen (Josh Brolin) 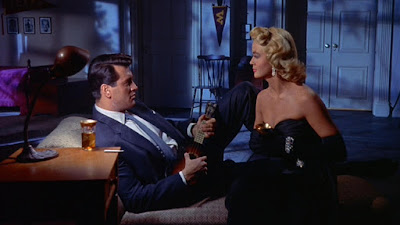 My second outing with Douglas Sirk's 1950s art/trash hybrids was not quite as strong as the first (All That Heaven Allows), but there is no denying the combination of visual perfection and entertainment value. I just didn't get into this one as much and found it a bit TOO melodramatic, even whiny. It is full of risqué dialogue and situations though. I can't imagine a '50s audience seeing this for the first time.

After watching Picnic at Hanging Rock a few months back (and loving every minute of it), I made it a point to fill in some Peter Weir gaps. This one came highly recommended, but I just found it really messy and not anywhere near as interesting to look at in comparison to his previous masterful effort.

I truly dug the way this movie started out, instantly becoming something I didn't expect while simultaneously being exactly what I expected. I sort of wanted this thing to go further than it did. It gets sort of overwrought in a wimpy sort of way towards the end, and I just lost interest. Tatum, McConaughey, and the rest of the cast are really good though. And I love what Soderbergh does with color filters. 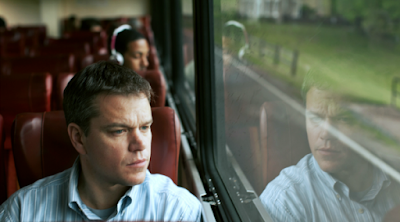 Here is one that started out good enough, but then the boredom set in. I just find this whole scenario highly unrealistic, which is sad. The issue of fracking is an important one, but it doesn't deserve a sentimental, self-important film. Damon and Krasinski are both solid as usual, but they let their shared politics got in the way of making an actual piece of weighty entertainment.

Reminiscent, as much discussed, of the early work of Terrence Malick (Badlands, Days of Heaven) in both style and narrative purpose, Ain't Them Bodies Saints is a lovely, near perfect story of love and crime in a painterly 1970s Texas. I say "near perfect" for the fact that it doesn't quite get enough of a hold in the middle section. But the beginning and end...just wow! Casey Affleck, I'm convinced, can carry any movie and is way underused. And Rooney Mara continues to rise in the ranks of my favorite working actresses. 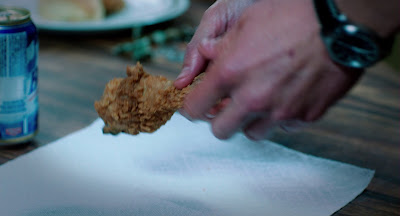 Greasy, nasty, bloody, dirty trash delivered with neither apprehension nor shame by one of the great American filmmakers. McConaughey's work in this film is equal parts hilarious and terrifying, which may very well be the best way to describe this film, an adaptation of a rarely produced play by Tracy Letts. I loved every second of this movie. The final scene is of the most abrasive, ridiculous, hilarious things I've ever seen. Seriously. Shock and then uncontrollable laughter. This is how you make a Southern trailer trash noir. How I wish that would become a thing.... 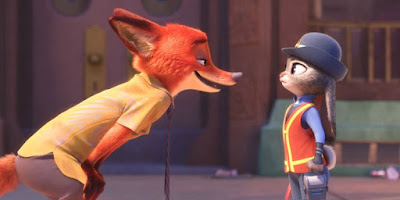 A near-perfect mix of brilliant animation, comedy, and message, that has taken over nearly every critic and movie-goer alike. This is your Oscar winner, kids. Check out my full review.

Hogan Shogun Blind Spots the brilliant German film The Lives of Others.

Brittany is wrong about Bridge of Spies, but I still love her anyway...

And, finally, Drew a.k.a. Fisti has bowed out with a epic ten-part post on his favorite film, Xavier Dolan's Mommy. Miss you, man!

Email ThisBlogThis!Share to TwitterShare to FacebookShare to Pinterest
Labels: On a Sunday, Weekly Recap