I didn't realize how much I love Music Biopics until I started in on this post. It's funny. I often avoid them with the whole..."Great...another biopic..."  line. But I always end up loving them. So many came to mind, I literally didn't know where to stop. I grew up on a couple, in particular, that I'm leaving off today. The first is the 1980 Loretta Lynn story, Coal Miner's Daughter. (Sissy Spacek is so damn good.) Also, I spent a great deal of my childhood watching the 1987 Richie Valens story, La Bamba. It came on HBO like three times a day, it seems like. Powerful flick with some great supporting turns.

But my first thought was not those films of my youth. No. It was something else entirely...


...I'm breaking the three movie rule this week, Wanderer. Sorry. But it has to happen. I have a little story to tell, a story of movies inspired by great artists that inspired a great movie about a great fake artist that is followed by a movie lampooned by a movie about said great fake artist before the latter was even a glint in its maker's eye.

You won't be confused much longer this Thursday as part of Wandering through the Shelves' Thursday Movie Picks. I have Music Biopics for you. More than three...plus a bonus.

I was obsessed with this movie way before I ever saw it. Plain and simple, I loved The Doors before I was old enough (by my Mom's standards) to see a movie of the band's rise and fall. And what a glorious portrait of Jim Morrison and his band this is. Oliver Stone was the right guy for this movie, so perfectly in tune at the time with his own goals and infectious style. Val Kilmer is really under-appreciated here as Morrison. He owns all the crazy, masters the looks, even down to the smallest of glances and shifts in posture.

As I said at the start of this post, I often feel like I'm "so over" the music biopic...until I actually watch one. I almost always coming out satisfied. James Mangold's take on the life and times of Johnny Cash is no exception. This is a brilliantly well-made biopic, featuring a career-defining performance from one of our finest actors in Joaquin Phoenix. Personally, I felt like the Oscar was his, but you can't deny Hoffman's one-man show as the also real-life Truman Capote. Anyway, Walk the Line is a typical biopic, but it rises so far above in the love it so obviously has for Johnny and June and their music. And the fact that Phoenix and Witherspoon did their own singing...so good. 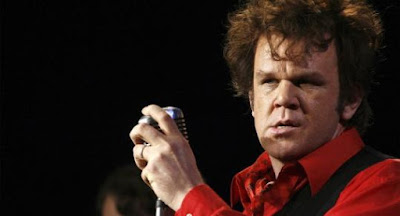 What stands out the most from this biopic spoof? The songs are sure good and well performed by star John C. Reilly in, quite simply, one of the best comedic performances of the last decade. But that's not it. It's not the "You don't what no part of this, Dewey" moments so memorably punctuated by Tim Meadows either. No, it's the familiarity it brings about in connection with the lore of some of the finest artists in popular music history, including bits of Bob Dylan, even "cameos" by Elvis and The Beatles, and also the "real" biopics that inspired it. There are certainly touches of The Doors. There are even some leather pants with no shirt at one point. It unabashedly follows the plot of Walk the Line, at least up to a point. when it so brilliantly becomes a Brian Wilson biopic, one that was only available in history and lore until... 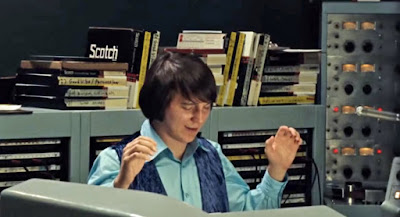 ...somebody actually made a great Brian Wilson biopic. Now, here is a film that might have worked in last week's picks. It tells the not necessarily intersecting but parallel stories of Wilson as a young man (played by Paul Dano), making his seminal magnum opus, the 1966 Beach Boys album, Pet Sounds, and Wilson as an overly-medicated, middle-aged shut-in played by John Cusack. What Dewey Cox made such great fun of is no laughing matter here. This is a serious film about one of the great artists of the 20th Century, and the sound design team was robbed of any big discussions in movies last year.

The Missing Fisti Pick of the Week 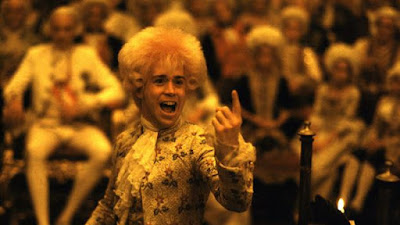 Our departed-from-the-blogging-world partner, Andrew a.k.a. Drew a.k.a. Fisti, got onto me a bit a few weeks ago when I picked this film for Love Triangles instead of waiting to pick it here. I promised him a mention, so here it is. Amadeus has been in my All-Time Top Five since I saw it the first time when I was 13. It is perfect. It tells a perfectly intriguing story of the depths of genius and passionate sins of envy and pride. It sounds perfect. It looks perfect. It is funny and sad and knows that it's both. I adore it. It is one of the few true Best Picture winners. I'm quite sure no movie was even close in '84, the year of my birth.