We're All Animals, After All 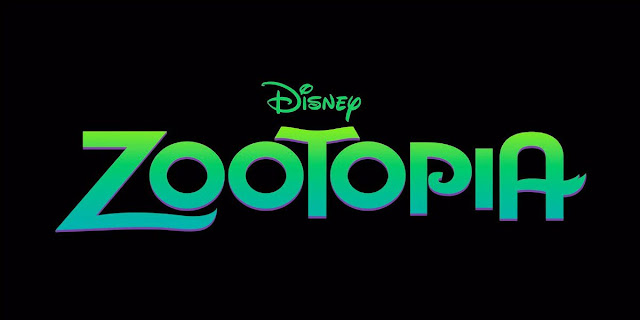 
Have you been around?
Have you done your share of comin' down
On different things that people do?
Have you been aware?
You got brothers and sisters who care
About what's gonna happen to you
In a year from now
- from "Share the Land" by The Guess Who (1970)

In case you didn't know, I teach English to 8th graders. That's my day job.

This morning, as I was driving to work, I happened upon a 1970 song by The Guess Who (see lyrics above) playing on the radio. Normally, this would mean very little to me, but today it connected. I had already found The Guess Who as part of my life (and my curriculum) earlier this week.

The time changed last Sunday. We (my students and I) were all sluggish this week. Since I saw this coming, I made the idea of losing time part of my Monday lesson. We even listened to The Guess Who that day, the song "No Time." The connection of reconnecting to two songs from such a great band in one week was too much. I knew I had to weave it in to my writing somehow. 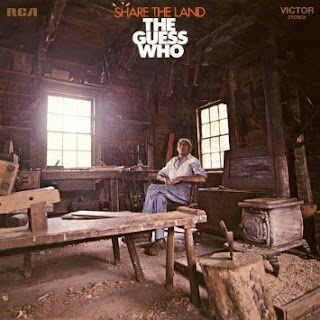 As coincidence or fate or whatever would have it, this work day brought me the answer. This day happened to be an easy one. It's the day before my Spring Break begins, and, as an incentive for those who stuck with all Four Days of State Testing last week, we took our 8th graders across the square to our old movie palace The Ritz for a morning screening of the newest Disney animated film, Zootopia.

Zootopia is a solid movie, much more solid for me than the last two Disney films I saw, Big Hero 6 and Frozen. It works on deeper levels than either of the two previous even thought about. It is less vague about it as well, to a great point.

On the surface, Zootopia is about a small-town rabbit named Judy Hopps (voiced by Ginnifer Goodwin), who grew up with big dreams of being a police officer in the big city. Her parents, successful carrot farmers, don't exactly fall in with the idea of sending their "cute" little baby into the dangers of the city in all its diversity and unknowns and crimes. Judy won't hear it. "Anybody can do anything" is her mantra. And it's a message not lost on the young adults I teach. Their hearts were warmed. They clapped and cheered for this film.

But the plot of Zootopia doesn't stop there. It deepens, even darkens to another level entirely, and it is in this place that the film really shines. The world of Zootopia is, of course, much like the world we live in. Meek little rabbits can't be cops, though maybe they should be. Sly foxes are not to be trusted, but maybe they can be. Sloths are sooooo slow, but they're also funny. And finally, animals of prey, a minority population in Zootopia, have a savage nature, but that doesn't mean they're all bad, that they can't coexist. This film plays with stereotypes in the cleverest of ways, and at the center is a budding friendship between the most unlikely of pairs.

Judy is not well-received in the police department. Top of her class in the academy and initiated as part of a movement to integrate more small mammals into the force, she is given the job of meter maid by the not-so-warm cape buffalo boss, Police Chief Bogo (voiced by Idris Elba), and, during her first day on the job, meets a small-time hustler, the slyest of foxes, Nick Wilde (voiced by Jason Bateman), who teaches the young rookie a thing or two about the streets. Meanwhile, a string of missing animals has made its way onto the radar of the police. Judy becomes the right rabbit for the job with her grit and determination, ultimately saving the day, as expected. But the movie doesn't stop there.

When it comes to light that the missing have been rounded up for their predatory nature, well, the story becomes something else entirely, and I won't spoil how it gets there or what it causes or where it goes, only to say that this is a movie about, simply, "Sharing the Land." We live in a time (and really always have) where a good portion of our country is feeding off the fear of the unknown. We put people in categories, we generalize in our stereotyping, and we forget the basics of humanity. 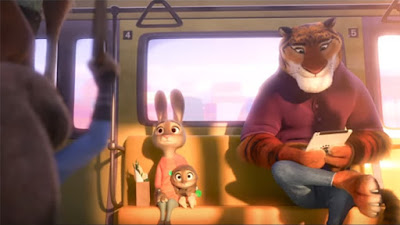 In all of its surface charm, Zootopia is a perfect film for both kids and adults. It is gorgeously conceived and animated to perfection. There are some shots, including one involving a classic "your badge, officer!" moment, that could hold up with some of the finest of police movies. It has that positive message about being anything you want to be. It has maybe the most solid classic film reference (that kids won't get) since Inside Out dropped that Chinatown line last year. And it makes us believe that a rabbit and a fox can make the strongest team possible.

Underneath that, though, is a stronger message about humanity, about how we continue to struggle with fear and how the struggle creates separations that don't have to exist. A hippy-happy song about togetherness by The Guess Who started this for me this morning, strengthening my belief. Then, a Disney movie about animals sealed the deal. That's a connection I hope my kids hold onto.

When I asked my students about the deeper meaning of Zootopia upon our return to school, I was instantly filled with hope for our future. "It's sort of like racism," one girl in my 5th period said. "Exactly," I said, "it is exactly like racism. Now, what are we gonna do about it?"