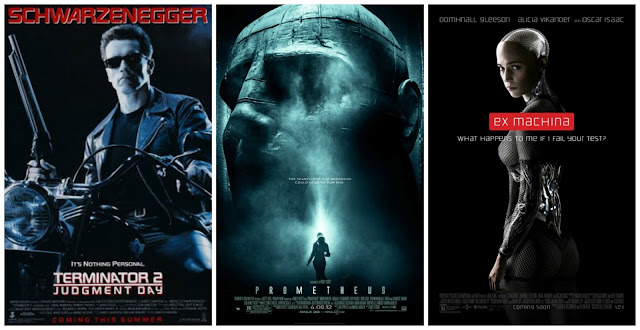 So...it's been a few weeks since I last posted on my blog...at all. And it seems I've chosen to return to a theme this week that is really not in my wheelhouse. I'm not a big "robot" movie guy. My favorite science fiction being of the non-robot kind...

...But there are few I do love, the few with personalities that I fully enjoy.

So, it's Thursday, my return to Wandering through the Shelves' Thursday Movie Picks. This week, of course, Androids/Cyborgs. 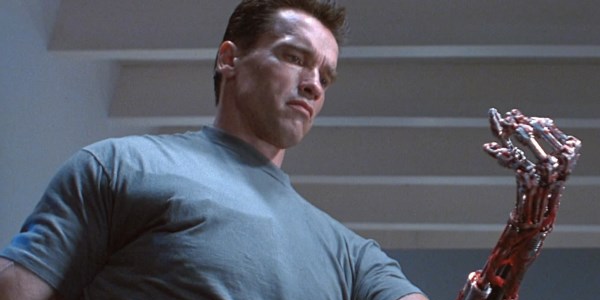 The level of superiority James Cameron's second Terminator film has over the original is staggering. Here he makes the genius move of turning one of cinema's most violent villains into one of its most violent heroes. In that, Arnold Schwarzenneger actually gets to do a bit of real acting. There is a sense of real emotion running through the core of T2, and that is thanks to the reinvention of the T-800 Model 101 back from the future to save humanity, and it's a movie that I just can't turn away from anytime I catch it on.

Why do people hate this film so much? It's second place for me as far as the Alien franchise is concerned. As David, Michael Fassbender beats both Ash (Ian Holm in Alien) and Bishop (Lance Henriksen in Aliens) by a mile, taking on more of a creepy, Hal 9000 sort of approach and becoming the foil for the entire film's genius plot. He exudes jealousy in a greatly maniacal way. I really dug this flick, and Fassbender's performance is a big reason for that.

The discussion of attraction and sexuality, and the doubt riddled within the Caleb character about both, is my favorite of the many mind-blowing conversations found in Alex Garland's brilliant Ex Machina. Of course, the subject of this conversation is Ava, the highly artificially intelligent android created by Nathan (Oscar Isaac) for reasons that become more and more terrifying with every minute of this movie's runtime. Alicia Vikander's Oscar win was really for this film, I'm almost sure of it. I have never found myself more attracted to a robot, and I suppose that's the point.