Catching Up with Blind Spot 2016: Tokyo Story and Singin' in the Rain 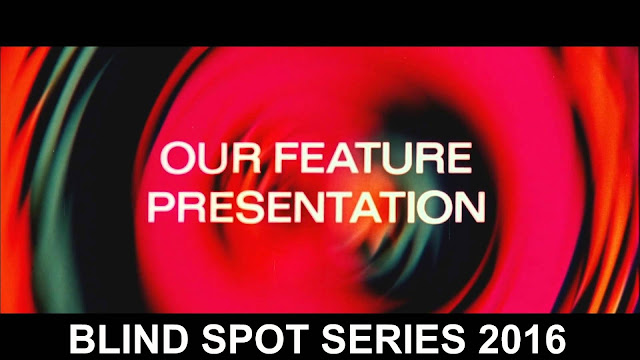 April: I watched very few movies. I was quite busy. My plan was to watch Ozu's Tokyo Story, as it is perennially considered one of the best movies ever made. (Ha!) So, I put it on...for about half an hour. Then, I decided that I would actually rather go outside and watch the grass grow. Sorry. But this is my second attempt at this film, and I just can't do it. I get the uniqueness of Ozu's style. I can appreciate what he did for cinema in that regard. But it is just....so....fucking....painfully....slow...., which is not always a deterrent for me. It was for this one.

May: I was even busier. I didn't even try to watch my May pick, the Gene Kelley musical Singin' in the Rain. But I did watch it in mid-June. It's the shit! Here's my Blind Spot reaction: 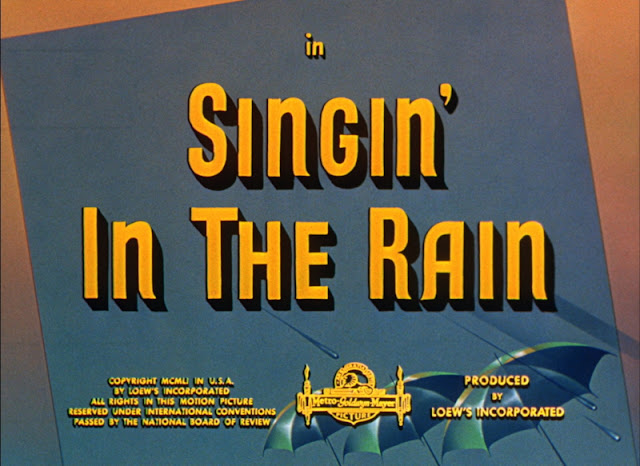 Let it be known that I am a sensitive type of dude. I actually really do LOVE musicals. I think I can still keep my Man Card for saying that. Let it also be known that the 1952 classic Singin' in the Rain is the single most familiar movie I've ever seen without having actually seen it. To explain:

My high school was known for having a really solid chorus program by the time I entered in the fall of 1998. There were four chorus classes. Two of them anybody could take. Two were audition only and required that you be at least a sophomore to be considered. Of those two, one was a mixed show choir called Showstoppers, the other was an all-girl show choir called Sweet Sixteen. I made Showstoppers my Junior Year. It was the best time of my school career for a couple reasons. First, I loved to sing, especially familiar show tunes. Second, the artistic, musically-inclined of my best friends all went out for it and made it. Third, the hottest girls in school were in that class. How could I NOT do it.

So, what did we do? We sang and danced. That's what. I fucking loved it. The whole thing revolved around medleys of show tunes, mostly from classic musicals. The choreography was designed by us, the students in the class. During my first year, we did a classic musical medley...three of the songs in the medley were from Singin' in the Rain (the title song, "Make 'em Laugh", and "Good Mornin'"). So much damn fun! So, I knew half the songs by heart going in. I just need to fill up my heart with the other half. 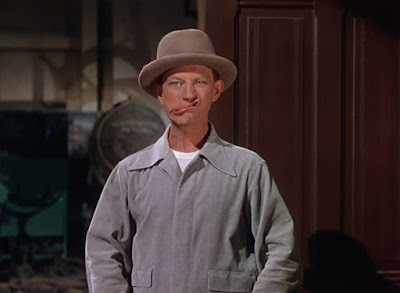 To see this movie is the see the reason people love movies...and musicals, for that matter. It is perennially lauded as one of the best films ever made, by both critics and filmmakers, and for good reason. It is fun, flashy, flawless. Gene Kelley's choreography is the stuff of legend met to the max by a very young Debbie Reynolds and the great Donald O'Connor. If you can watch for one second the three of them doing "Good Mornin'" and not have a smile on your face, then you probably just don't get it and possibly have no soul. It is masterful. It is perfection.

And that's just one of so many. Just the same, when Kelley and O'Connor started tapping on that tabletop during "Moses Supposes," I actually started clapping...in my living room...by myself. I was horse laughing so hard during the "Make 'em Laugh" segment, my wife, in the other room, became worried she really was missing something (this is still a Blind Spot for her). And I still haven't scratched the surface. These are merely highlights of a film I need to watch four or five more times to fully appreciate I feel, mostly due to the hyper-giddy overload I experienced.

Like I said, I could go on and on about the musical numbers and never get to the plot, which is as classic as the tap dancing genius of its interludes. (I actually wrote in my notes, well, I totally "get" the appeal of The Artist, and why it won Best Picture a few years back.) Kelley is great, perfectly cast as Don Lockwood, the silent film star not quite ready for the new wave, as "Talkies" enter the film world in the late 1920s. Well, at least he's more ready than his on-screen partner, the silent film diva Lina Lamont (Jean Hagen), who can't sing or dance or even talk (in a way suited to the sound pictures). 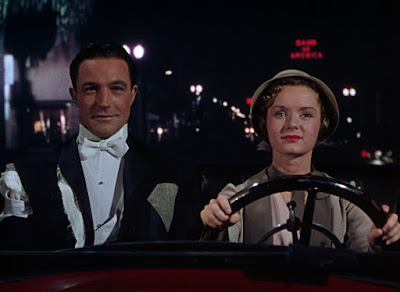 His meet cute with Reynolds as Kathy Selden, the budding actress with too much "integrity" (old Don had heard that one before, said that one before) for the movies, is hilarious, so memorable, and right on time. She will be Lina Lamont's voice as Monumental Pictures transitions from silent to sound with the help, of course, of their leading man, Don and his longtime partner, the musician Cosmo Brown (O'Connor).

The plot is actually quite predictable by now and maybe wasn't even that fresh then (the movie wasn't a huge success at the time), but it is fun to watch it all play out with such...well...fun. Here is a movie that just looks like it was a blast to make, even in the face of the stories of its production, as it was said that the "Good Mornin'" sequence took 15 hours to shoot and left Reynolds with bloody feet. But those smiles on their faces. It's delightful. Everything about everything about this movie is.

What more can I say? I expected to love this movie. I was already halfway there anyway. And I did. I loved it. So many iconic images and sounds and moments of laugh-out-loud humor ("Hey, Joe! Bring me a tarantula!").

I've already bought it on Blu-Ray. It should arrive tomorrow, so that one day I can show my future children such magic. And a brief note on the Blu-Ray: It is a perfect transfer. This is a case where you thank the people through the years for keeping whatever prints there were in perfect condition, so such a pristine transfer could be made. What a joy! 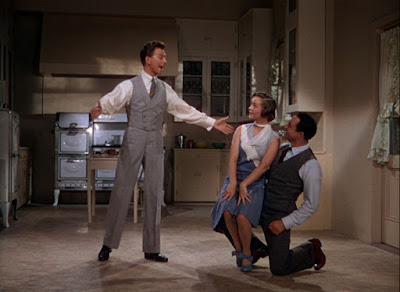