On Home Video: The Witch 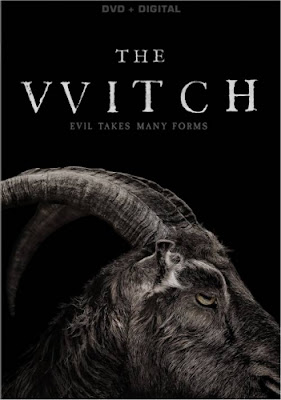 I'm a scared little bitch boy when it comes to horror movies. Granted, I was really busy with work when The Witch did its short run in theaters around here, but I could've gone, and I could've gone to see Green Room as well. I ultimately talked myself out of it due to the fact that, well, go back to the top.


Anyway, I'll just come right out with it...I LOVE this movie. And I was delighted in the fact that...it's not really a horror movie.

Director Robert Eggers, a Massachusetts native, it is said, spent upwards of five years researching countless primary sources from 1600s Puritan New England in making this an airtight period piece above all. The language is that of thees and thous and thys. The production and costume design are exactly what we think of when we think of this time, the years between the first arrival of the Puritans in Massachusetts leading into the Salem Witch Trials. He succeeds there.

He also succeeds in making a classical mood piece, the sort of movie easy to market as horror but one that is really more focused on tense dread and the conflict that dread creates among the members of a family trying to live off the land in isolation on the edge of a wood. The Witch the title of the film suggests most definitely lives in said wood. We see her way earlier than I would've expected. Her actions marking the beginning of a brutal, if slowly-burning, demolition of this particular family. 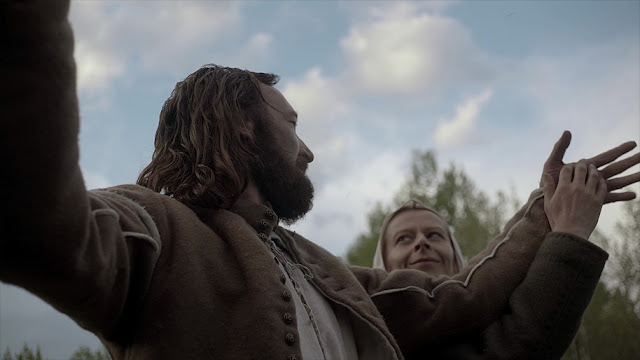 The story is mostly centered on the eldest child, the teenaged daughter, Thomasin (Anya Taylor-Joy). Duties are forced upon her. She is to watch the children while she isn't doing chores and to do chores while she isn't watching the children. Life for a girl at this time is limited. Since she and her family have been banished from their community (for certain vague reasons), there are few prospects for her in terms of her next milestone, which would be an arranged marriage in which she would simply be a servant for another family. We see, early on, the stress this banishment has put on her mother, Katherine (Kate Dickie), hysterical at the idea of a witch of the wood, while her father, William (Ralph Ineson), does his best to keep the family going, even with the tragedies immediately befalling them in their new home. Their crops won't grow, they won't last the winter. He and the eldest son, Caleb (Harvey Scrimshaw), must take to the wood to hunt. Katherine doesn't like that either. Her Puritan faith in Christianity is the only thing she and her husband can cling to. That doesn't seem to hold firm in Thomasin, or the other kids for that matter, including also a set of twins, Mercy and Jonas, who say that the family goat, Black Philip, has spoken to them.

So, it's faith and fear that add up to hysteria and the blaming of satan and witchcraft on any bad fortune, including tragedy. The family, in the wake of the disappearance of the youngest sibling, the infant Samuel, begins to allow paranoia into the mix, slowly turning against each other in a meticulously crafted sequence of events. Thomasin being the easy target for them all. She is a young woman, after all, in a time and a society that appreciated them the least, maybe in the entirety of human existence.

The work of the cast in just being able to make Eggers' dialogue believable is astounding in its own right. As the father, Ralph Ineson is perfect. His gruff, deep accent, still with plenty of England left in it is a great juxtaposition with the high-pitched shrills of the mother character, an equally well-cast Kate Dickie. This further plays into the freaky Kubrickian vibes of the music, ominous strings and high-pitched chorus. There are touches of The Shining in the way this movie feels, not only in sound but also in look and in narrative. The narrative of a family in isolation losing its grasp on reality. Anya Taylor-Joy is the scene-stealer though. She is hauntingly beautiful, menacing when she feels she needs to be, foolishly taunting the younger siblings (one of the film's best scenes), and finding every emotion in her face. The dialogue is a breeze for her. It's impressive. 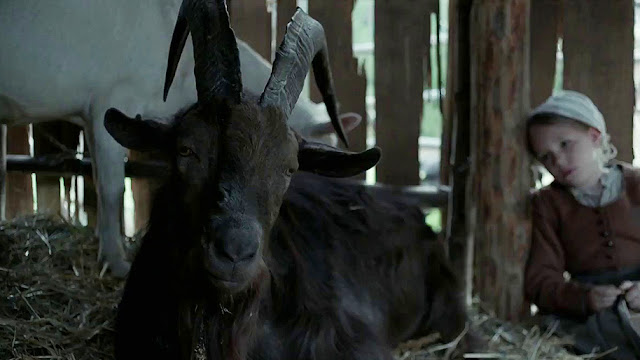 As for my initial reaction to The Witch, I was not actually hooked as much during the first third. It took a minute to find my bearings in what is ultimately the film's brilliantly written and performed period language. And I wasn't as shocked as my spoiler had led me to believe I would be in the first wave of violence. But the methodical camera work and pacing soon brought me in, and I was glued to this thing all the way to the fantastic, beautifully dark ending. I'm hard-pressed to think of a better ending to a "horror film" ever, in fact. It's a divisive one, to be sure, but I am firmly on the positive side.

The final third of this film is the most thrilling I've seen this year. Dark, violent, terrifying, but not in a "horror movie" sort of way, which makes in that much more satisfying. It has a realism that runs through it, working exactly as what it suggests with its full title:  The Witch: A New England Folktale. But then it goes full supernatural at times, which is what I loved most.

As a piece of folklore, here Robert Eggers has created, in story, a perfect addition to that which already exists in the small towns of his youth. As a terrifying cinematic vision of such a story, he has succeeded again. As a feminist statement on the oppression of young women at this time in American history, so he succeeds once more.