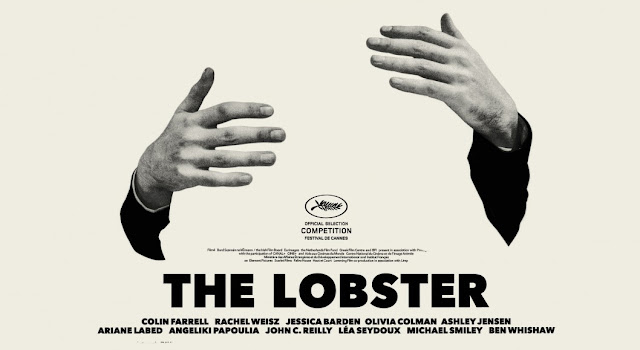 "That would be absurd."

It's hard to decide how to feel about a film like The Lobster. That's a certainty. Another certainty is that when the credits rolled, I was in a state of emotion that I can't describe. I felt...strange, even a bit terrified. I couldn't believe it. I'd never felt that way before. Is that something only a great movie can do? Or is it that this movie is so unique that it defies labels like "great"? It is a certainty that The Lobster, the new film and first English language one form Greek filmmaker Yorgos Lanthimos, is an unforgettable experience. It hung onto me for hours after I left the theater. It made me nearly catatonic in thought, and it's not really that deep. It's that the world it creates is so fascinating, and the choices its characters make are so heightened yet so truly painful, much like the choices we've all made in the way of our romantic relationships.

It's quite simple actually. The Lobster is an absurdist, sci-fi-esque meditation on, and I'd say even an indictment of, the societal constraints placed on men and women in the names of love and sex and the seeming lack of choice as those relate to relationships. If you really think about it, you'll find that nearly everybody either already has a mate, or has had several, or has the goal of one day "finding someone." If not, they are most likely staunch in their resolve to be single. Those that lay in the middle are most likely considered strange, probably ostracized by their families and friends (if they have any), pushed and prodded to find a mate or live alone in The Woods somewhere. Such is the tragic element of this dark comedy. Society forces us to do crazy things, make ridiculous choices about ourselves and even our bodies in order to find a mate. Such is the tragic element of the dark comedy that sometimes is our own life. 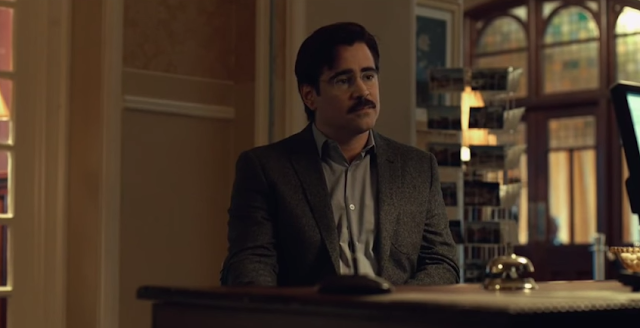 When his wife leaves him for another man, David (Colin Farrell) ends up at The Hotel, a spa-like getaway (where all single people are sent) not too far from The City (where only couples can live), he is even denied the opportunity to up his chances of survival. "Is there a bisexual option?" he asks the receptionist. "No, sir. We no longer have that option," she replies. It must have disrupted the balance because in this dystopian fantasy, one only someone like Lanthimos (known mostly for his 2009 masterpiece Dogtooth) could conjure, you don't get to live as a human anymore if you can't find a mate. You must choose the animal that you are to live as for the rest of your life. It is a terrifying idea. It is absurdly funny at the same time. The type of funny that makes  you laugh mostly in disbelief.

The Lobster is one of the darkest comedies I've seen. I'm searching for something to compare it to but can't and won't try anymore. Split into two parts, it breaks through the solid divisions of its world and paints a picture of a controlled people not too different from the people we ourselves are. The first half of the film is all about David's experience at The Hotel. He will have 45 days to find a suitable female, one with whom he shares a "defining characteristic." In the meantime, he can buy more days by picking off the Loners of The Woods with a tranquilizer gun on nightly hunts mandated by the Hotel Manager (Olivia Colman). He meets Limping Man (Ben Whishaw) and Lisping Man (John C. Reilly), most likely there due to the unattractive qualities of their name. The three become fast friends, confidants. They do what they can to marry off as soon as possible and by any means necessary, as the audience is continually further steeped in, for lack of a better phrase, the freaky ass rules of this society.

The first half is actually hilarious in a decidedly deadpan sort of way. My wife and I laughed...a lot. A classical score highlighting a sort of drab color palette, tracking shots, profiles, portraits, especially a brilliant slo-mo sequence that captures the first hunt of David's stay. A voiceover from an unseen woman narrates the ins-and-outs of David's stay at The Hotel in past tense. The hilarity is mostly from the visual elements of the film. The Hotel seems more of something out of the past than the future. We don't actually know when this is, and there aren't many clues. Right away, we laugh at the total uniqueness of everything, a fully built world much like a sort of twisted, bleak Wes Anderson. There isn't much technology in this world (except that humans can be turned into any animal with no question), but there sure is a toaster, and what it's used for is worth the price of a ticket...and a popcorn. 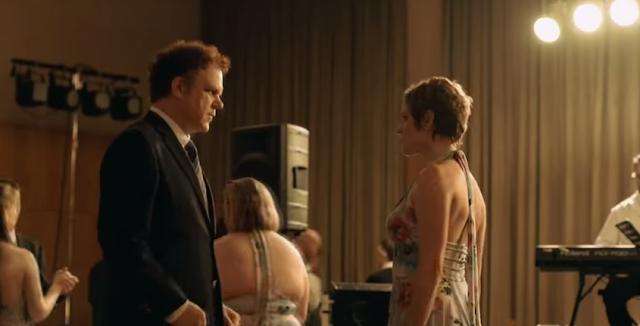 Much of the humor comes from the brilliant casting of Colin Farrell, so effortlessly playing this serious, awkward, lonely man, and most definitely sort of a schlub. He quite obviously put on weight for the role, and the way he carries himself with this sort of dazed determination is fascinating. John C. Reilly, too, plays a character we've never seen him play, reminding us of his uncanny ability to always seem funny, both when he's playing for laughs and not. I mean that in a good way. It creates empathy. His work here is just interesting to see, even if he isn't given as much to do as I would've thought. It's enough. No disappointment.

The second half finds David, after a series of events involving Heartless Woman (Angeliki Papoulia), maybe the only equal parts gut-busting and gut-wrenching movie character I can think of, heading into The Woods to literally see out the other half lives. There he meets Loner Leader (Léa Seydoux) and Short Sighted Woman (Rachel Weisz) and the rest of the Loners, a group that chooses to be alone together but are equipped an equal set of freaky-ass rules. Love and attraction are forbidden here, and that brings a whole other set of problems. Beautiful, wonderful, terrifying problems.

There is a beautiful love story in the second half. There is humor as well not only because of the aforementioned rules but also because, once more, we get two supporting characters who power right through us with such confidence. Seydoux ever so calmly disappears into this maniacal sort of character, creator and enforcer of the people of The Woods, and Weisz ever so unexpectedly matches the sort of work Farrell so well establishes in the first. It's quite a "sight" to behold. I don't want to go even as far as the trailer does. You should go into this film as cold as you possibly can and prepare for an odd delight the likes of which you've never seen. 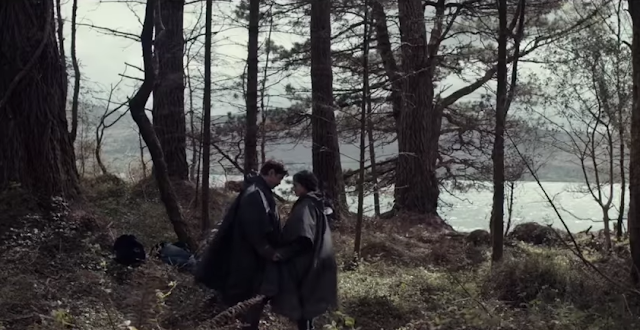 The final scenes of The Lobster simultaneously play and cut into the humor that came before to an extreme I'm not sure I was prepared for. As I said at the opening, "It's hard to decide how to feel about a film like The Lobster." But, then again, I know how I feel on an initial level:  I feel like I've never felt before, and isn't that what makes a movie great? I wasn't sure I liked that feeling when I left the theater, feelings of fear and loneliness and happiness somehow combined, but now I do. I have hardly stopped thinking about it.

How to feel? How to categorize? The Wikipedia page describes this film as a "romantic science fiction black comedy." I've never heard of such a thing and you've never heard of such a thing because there isn't such a thing. Case and point. The Lobster is the best movie of the year so far, and, in terms of uniqueness of vision, there will most likely never be another one like it in any year. After this and Dogtooth, I can't imagine where Lanthimos will go next.