My inclination is to pick movies largely set in a store, like Clerks, for example. That crossed my mind first, but then I thought of something when I looked at the multiple possibilities for this week's theme. It dawned on me that I might pick a movie that features a store or a supermarket or a mall as a place that serves to help the character(s) grow in some small way, that connects to the overall theme of the film itself. And then, I thought, How about one of each?

That's where I'm at this Thursday, another great day for Wandering through the Shelves' Thursday Movie Picks. This week's theme, of course, Store/Supermarket/Mall Movies.

Huckabees, The Everything Store in
I Heart Huckabees
dir. David O. Russell, 2004 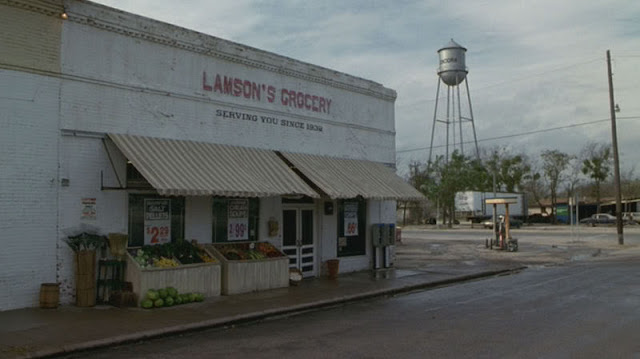 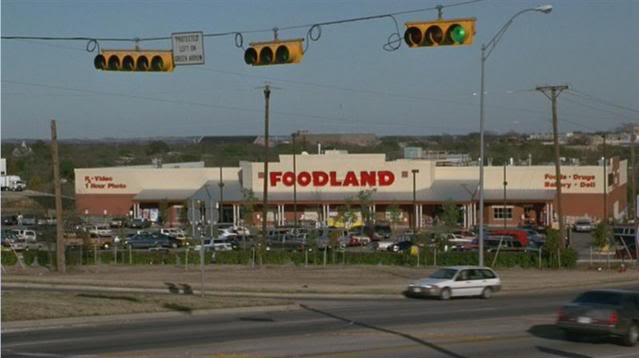 Gilbert (Johnny Depp) must navigate everything that is always the same in his small Iowa town (his sisters, his mentally-challenged brother, his morbidly obese mother, his affair with the town's desperate housewife, and what comes with caring for them all), while so much new is rolling into town, including a fast food burger joint on wheels, a supermarket called FoodLand that may very well put Gilbert out of his job at the local Mom and Pop, and then a new girl, Becky (Juliette Lewis), a passer-through with a broke down Airstream. Ah, the things that change landscapes...and outlooks...and make change. 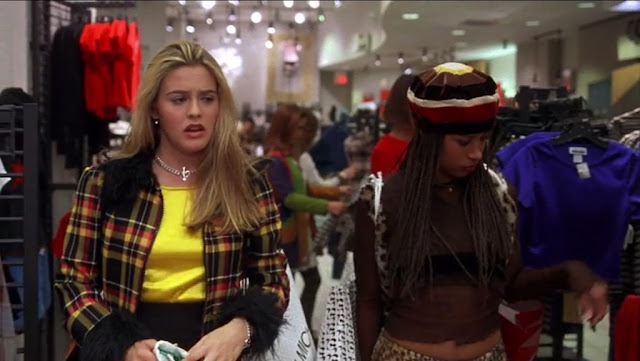 For wealthy teen hotties like Cher (Alicia Silverstone), the mall is a place of refuge from the pain and strife of the dramas of high school, especially with the rise in popularity of the monster she may have created in Tai (the late Brittany Murphy). It is the butt of jokes from her ex-step brother, Josh (Paul Rudd), who claims her life's only direction is "toward the mall." Does that inspire the change in her? Clueless is one of the most lasting teen comedies of the 90s, mostly because of how smart it is, how it allows these ditzy types to grow out of the façades they so clearly create, letting the intelligent, witty, beings they really are shine.