Our place in both time and space can change us. That's all life really is...right? A series of times spent in certain places, playing out a certain events, coming in and out on bookends, different at then from where you began. Movies that reflect this are often great, and they do it simply by being simple... characters in a specific place, trying to figure things out or survive or learn and grow or all of those things.


So, it's Thursday, and I'm coming to you on location, my vacation location,...St. Augustine Beach, Florida. It's time for another entry in Wandering through the Shelves' Thursday Movie Picks. This week...Single Location Movies. 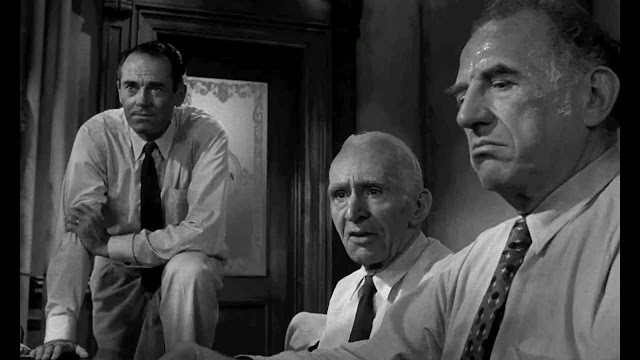 It's just the best of this kind. Bottom line. And it's in my head, as I just read a piece from Allie over at Flick Chicks, who just saw this for the first time. I chose this as a Blind Spot last year and loved every minute of it. It is just so many things. But above all, it is a perfectly made one-room legal drama. And it's a small room, a jury deliberation, brought to life by brilliant black-and-white cinematography. I could go on and on...and did already, so I'll just direct you to the link I made a couple sentences back. 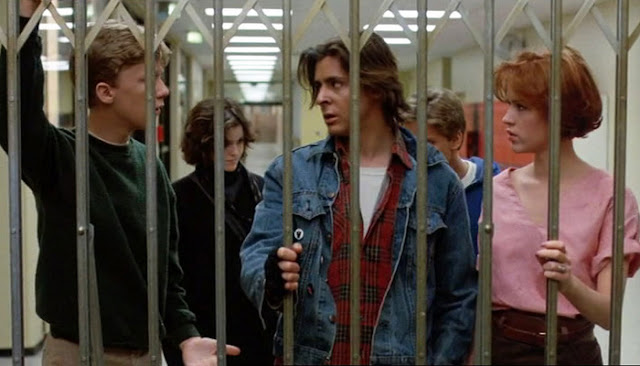 What Sidney Lumet did for the jury deliberation room, John Hughes did the same for the high school library. An eclectic mix of high school stereotypes played by a good portion of the "Brat Pack" of 80s movie lore (Molly Ringwald, Emilio Estevez, Ally Sheedy, Judd Nelson, Anthony Michael Hall) spend a Saturday in detention for various reasons and come to know more about themselves and each other than any of them could have ever fathomed. Here is a truly timeless film as relevant to teens today as it was to teens of thirty years ago. Technology advances, attitudes change, but the experiences and lessons of youth hold steady. 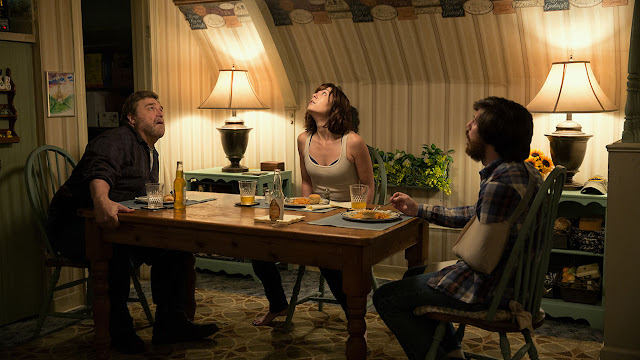 The first teaser trailer of this surprise early-2016 release had me going like none had in years. Tommy James and the Shondell's "I Think We're Alone Now" on top of some serious Lost, Season 2 vibes, a trio stuck in a bunker, waiting out some catastrophe, dread looming... It took way too long for me to get to it, but I did...finally...in the theater back in April. I never reviewed it, so consider this my huge praise for this movie and my recommendation for those who didn't see it. This is a confidently made thriller that works on one level, then another, then another, then another entirely, a Russian nesting doll of the things that have thrilled and chilled us in movies ranging from the paranoia of Hitchcock's Psycho and the claustrophobia of his Rear Window to the original Cloverfield via the J.J. Abrams machine and beyond. I LOVE this movie.